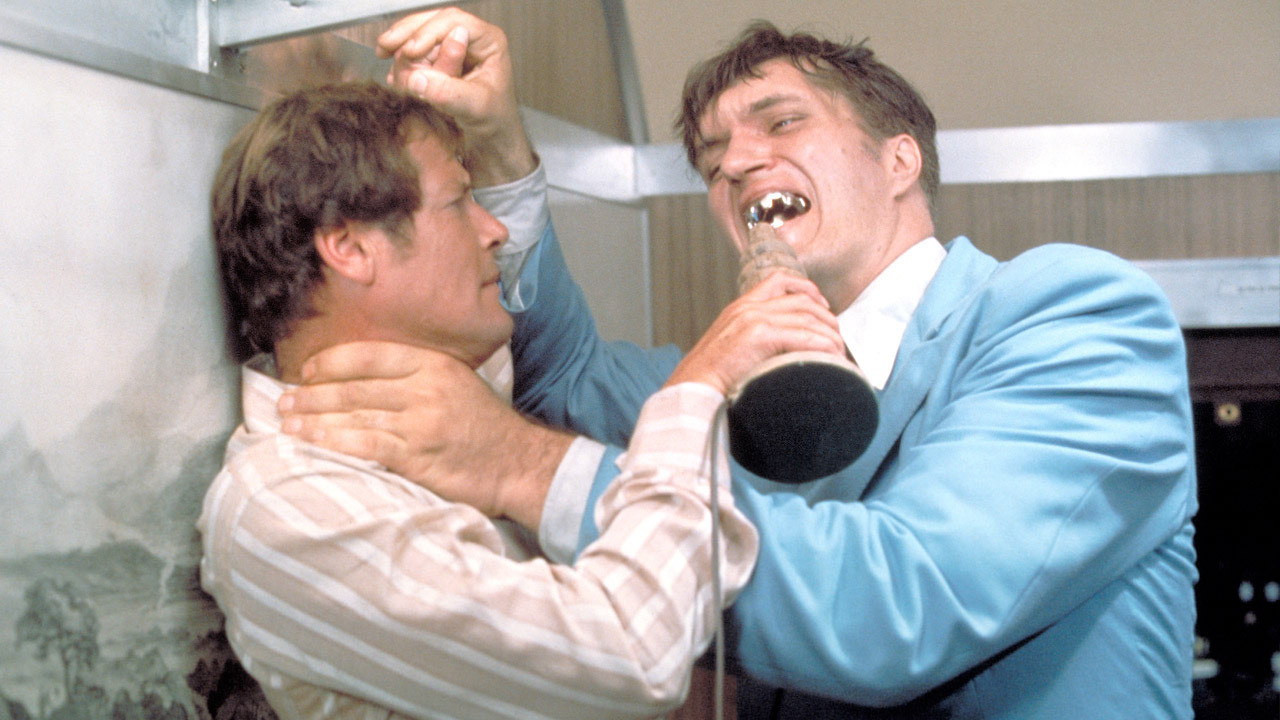 The earliest known origin of the term henchman dates back to the 1300’s, coming from the Old English word, hengest, literally meaning ‘horse’, and referring to an employee, otherwise known as a groom, who would tend to a master’s animals.

Later the term would often be used to describe a page or hand scribe, before the phrase being coined as a personal assistant by Highland Scottish Chiefs in the 1700’s, an advancement that would lead to its much wider acknowledgment as a word to describe a right hand man.

Minor history lesson done, the modern day dictionary definition of a henchman has very little to do with tending to an employee’s livestock, it does however define a faithful and trusted follower or political supporter of a powerful person, especially one who is prepared to engage in dubious activity, crime or violence by way of service.

In the film world, memorable henchmen are a cornerstone of the action genre as well as being frequently found in a wide variety of other films, coming in several capricious forms. Henchmen are more often than not expendable adherents of the main villain, put in place to kill or be killed before the hero gets within close proximity of their main adversary.

For arguments sake and explaining the outlined rules and reasoning behind the collection of supporting antagonists within this list, the following perceptions have been taken into consideration:

1. A henchman must be a simple but unique entity with no substantial backstory, screen time, or be integral to the plot, thus, they cannot be a film’s primary villain (ruling out Darth Vader, Agent Smith, Frank from “Once Upon a Time in the West”, etc.)

2. They must be inimitable from their peers, distinguishable and not part of a collective (ruling out Storm Troopers, Flying Monkeys, Minions, etc.)

3. They must be loyal and devoted to the primary antagonist and their overall evil plan, unwavering and zealous, i.e. no hired guns or freelance hitmen uninterested in the grand scheme of things (ruling out Boba Fett, etc.)

Following the above outlined guidelines with regards to qualifications and subsequent omissions made, here are the twenty greatest henchmen of cinematic history.

20. The German Mechanic in Indiana Jones and The Raiders of the Lost Ark (1981) – Pat Roach

Briefly appearing as a burly Nazi mechanic, the highly memorable character portrayed by Pat Roach is only present in “Raiders of the Lost Ark” for one compelling fist fight lasting no more than a few minutes.

A huge, bulk of a man with a typical ‘strong man’ appearance, complete with a shaven head and suitable facial hair, the nameless German mechanic is called upon during one of Indy’s numerous escape sequences, crossing paths with the titular hero whilst servicing a Nazi fighter plane ahead of its take-off.

The remarkable mechanic’s enormous, bull-like frame and evident skilful boxing background, allows him to soak up copious amounts of punches and deliver devastating blows, making him a sizably challenging sparring partner for Indiana Jones who is unquestionably outmatched and overpowered.

The mechanic would likely have gotten the better of the film’s protagonist had it not been for a pesky airplane propeller and its spinning blades getting involved in the pair’s brutal encounter and gruesomely ending it for the henchman.

A stuntman and professional wrestler, Pat Roach’s notable involvement in the adored series of adventure films didn’t end there, also appearing as the Giant Sherpa in the exact same film, whilst also reappearing in the saga’s later entries “The Temple of Doom” and “The Last Crusade”, making him the only other recurring actor to star in all three original “Indiana Jones” films, along with the lead, Harrison Ford. 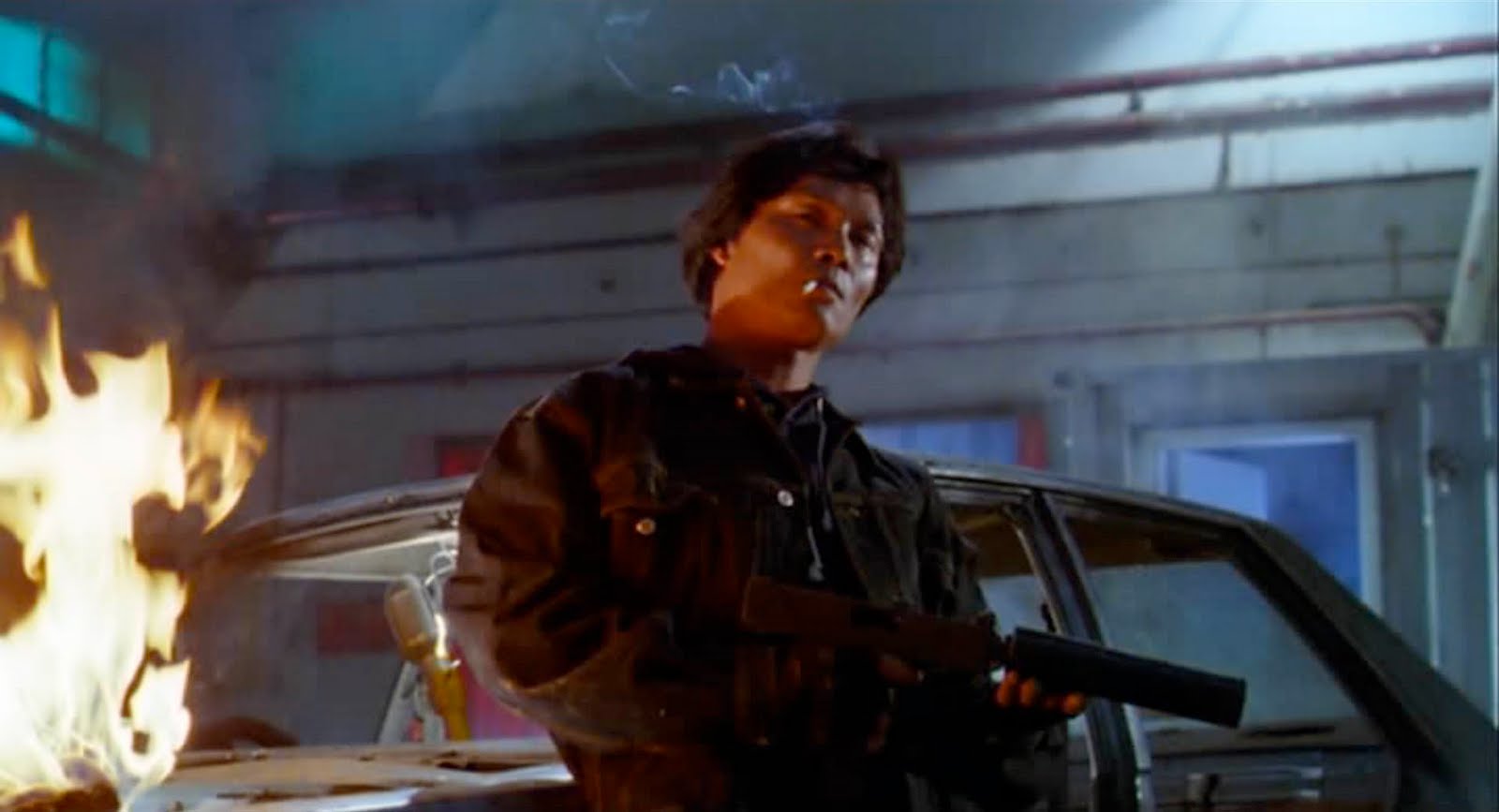 John Woo’s intentionally over-the-top police-glorifying thriller “Hard Boiled” was the filmmaker’s final Hong Kong based movie prior to his consequential move to Hollywood in the early 1990’s. A blood-soaked, highly exaggerated piece of action cinema with a body count over 300, it was a sufficient farewell to the pivotal director who was a fundamental foundation in the sub-genre’s rise.

Originally, only on set to assist in the direction of action sequences, 1970’s Hong Kong acting royalty Philip Chung-Fung Kwok had his supporting role specifically written into the film at production stage as the director Woo, a huge fan of Kwok’s work, thought that the existing villain didn’t pose enough of a threat without the aid of a suitably dangerous henchman.

Severely contributing to the excessive kill tally, Taiwanese Phillip Kwok’s unforgettable henchman, dubbed Mad Dog is a pistol-wielding tour-de-force, consistently in the middle of proceedings, remarkably involved in the majority of the hyperbolic pieces standout moments, including an endlessly satisfying hospital shootout with Tony Chiu Wai Leung’s undercover cop, Alan, which impressively took a total of 40 days to film. 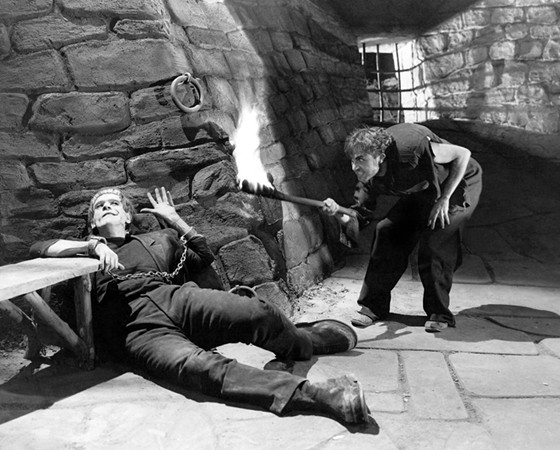 Although not as memorable or well-known in comparison to other versions of the now infamous character, Fritz was however, one of the very first forms of cinematic henchmen, making him fundamental in establishing what audiences expect from villainous sidekicks.

The entertaining character helped to introduce the comic-relief aspects of henchmen, a highly incompetent, manic creation that lacks basic human functionalities with regards to thinking capacity and common sense.

Fritz was essentially the origin of the much more well-known variation of the character, Igor, who subsequently appeared in later movie adaptions of Mary Shelley’s influential novel.

A hunchback laboratory assistant to the morally blurred Dr Henry Frankenstein, the character of Fritz was constructed to add complexity and depth to the main antagonist who originally worked alone in the classic novel.

Naive and dim-witted, Fritz’s predominant role whilst serving under the titular doctor is to acquire body parts by digging up graves, helping to create a corpse that would later become Frankenstein’s monster.

Upon its construction and subsequent resurrection, the moronic Fritz takes great pleasure in tormenting and punishing the abomination, a guileless act that would be the assistants undoing. 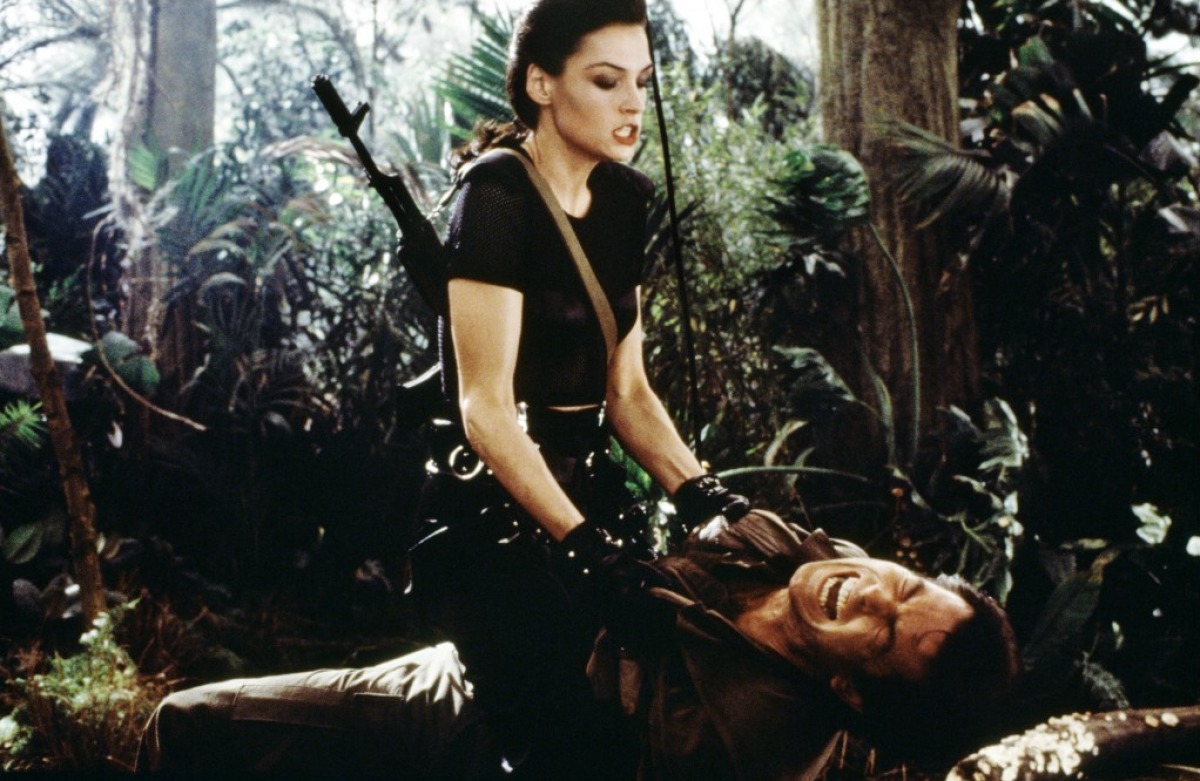 Despite several incredible performances from the likes of Sean Bean, Pierce Brosnan, Gottfried John and Robbie Coltrane in “Goldeneye”, it is Famke Janssen’s show stealing enactment as the categorically dangerous and seductive Russian assassin Xenia Onatopp who is the most compelling character.

A lethal hitwoman with absurd killing methods, the temptress Xenia Onatopp more often than not utilises her constricting thighs as an instrument of devastation, strangling her prey whilst they lay in a false sense of security.

As James Bond’s one true weakness has always been women, Onatopp unquestionably proves to be one of the British Spy’s deadliest foes. The convincing Janssen’s steadfast commitment to the supporting role as the sultry femme fatale was most evident when one intimate scene led to her being hospitalised after breaking a rib during a vicious love tangle with Brosnan’s Bond. 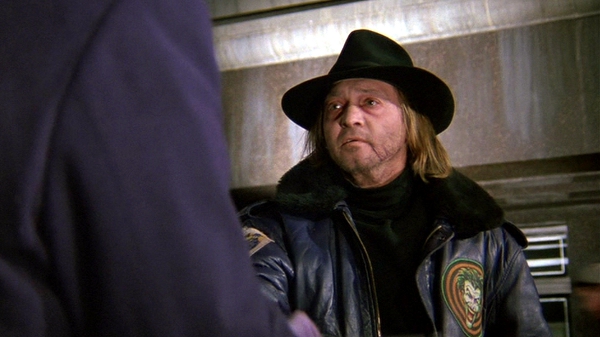 Somewhat of an enigmatic cult icon now, the henchman known as Bob The Goon has inexplicably become a fan favourite villain with a devout following of supporters, despite only having a minor role with minimal dialogue in Tim Burton’s 1989 adaption of comic book hero “Batman”.

The henchman’s first and only involvement in the cinematic “Batman” universe has since spawned bewildering memorabilia, including his very own action figure.

A dedicated friend, fervent follower and loyal enforcer to the villainous Jack Napier long before his significant transformation into The Joker, the eager to please Robert Hawkins, otherwise known as Bob The Goon, has dependably assisted the Mob boss turned Clown Prince of Gotham with not only criminal activity but has also been involved in personal errand running for the antagonist.

Tracey Walter was cast as the committed henchman after being suggested by the actor portraying The Joker, Jack Nicholson, appropriately, the pair were close friends in real life, making for believable viewing when the angered main villain kills Bob whilst venting frustration at their foiled plan.

The Joker, after shooting his long serving friend and advocate, stating that he’s going to need a minute to come to terms with what he’s done, a moment of mock reflection. 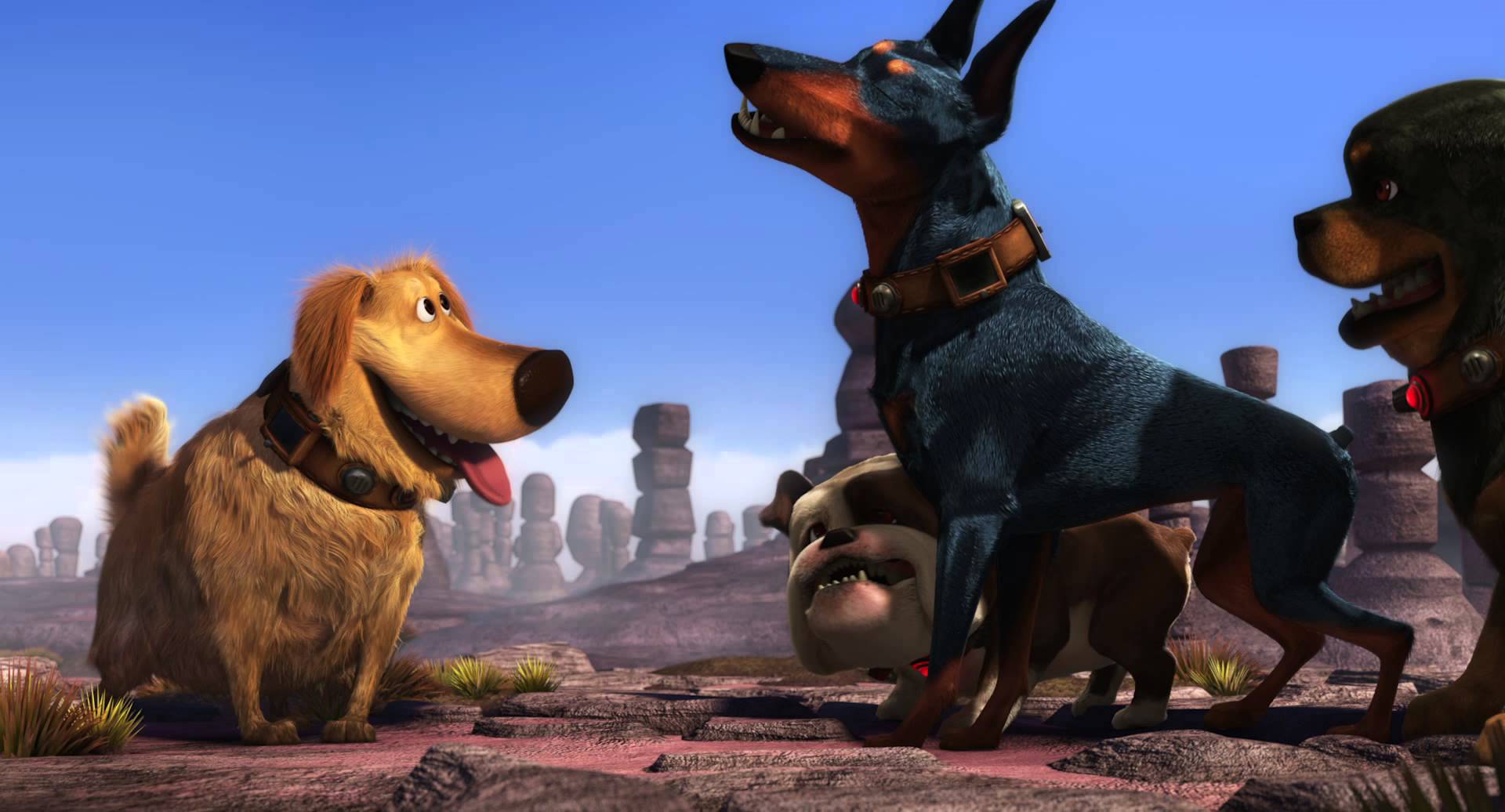 A proud and trustworthy Doberman pinscher owned by the villainous explorer Charles F. Muntz, the ardent henchman Alpha, often seen accompanied by his two mindless lieutenants, Beta and Gamma, a Rottweiler and Bulldog respectively, is the leading figure of a dog pack that inhabits the remote tropical location in which widower Carl Fredericksen wishes to settle down in honour of his late wife Ellie.

Endlessly loyal, appropriate to any dog’s true nature, Alpha is a terrifying looking canine that has the ability to speak through the aid of a specialist mechanical collar, unexpectedly though, Alpha has a predominantly high-pitched squeaking voice due to his aforementioned collar malfunctioning due to damage.

When later fixed by his owner, he reveals a befittingly intimidating demonic sounding voice in the vein of the “Toy Story” nemesis Emperor Zurg. Condescending and arrogantly considered as a superior amongst his peers, the iniquitous Alpha provides equal measures of frightening and hilarious by the buckets, a perfect Disney/ Pixar henchman.