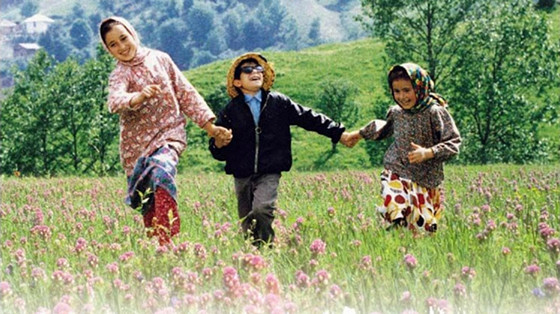 Following his success with Children of Heaven, director Madjid Majidi stuck with the theme of children from poor families for his next feature. In The Colour of Paradise, however, he builds a much harsher emotional environment for his characters, and the tone is more seductively heart-wrenchingly than gently charming.

The film is about a young blind boy, Mohammad, and follows him through an intense emotional journey as he relates to the world in general and, more particularly, to his widower father, Hashem. Brilliantly portrayed by untrained blind actor Mohsen Ramenazi, an important message of Mohammad’s story is that the wonder of life can be reached by anyone whose open to it. Yet at the same time, his father’s inability to cope with his disability works to rip that wonder apart.

Effectively, that main arc of the story unfolds because Mohammad’s general ability to interact with the world around him is completely underestimated Hashem who, seeing only the burden he represents rather, makes Mohammad feel unloved. More than that, in fact, Hashem’s actions affect the young boy so fully that he projects that lack of love everywhere, making him feel completely alone in the world.

There’s some powerfully moving moments during that spiral from wonder into despair, and there’s a redemption at the end which is just as touching. However, as a cinematic experience, what stands out as exceptional is the way camera work, sound and staging combine to evoke the spiritual wonders of Mohammad’s sensual world.

A couple of scenes during the early part of the film, as he puts a newly hatched bird back in its nest and feels the air on his hand while in a moving car, evoke a truly vivid sensibility of how the world is experienced through touch and sound. They’re inspiring moments which not only set up Mohammad’s self-sufficiency and appreciative personality, but provide the audience with a unique empathetic insight. 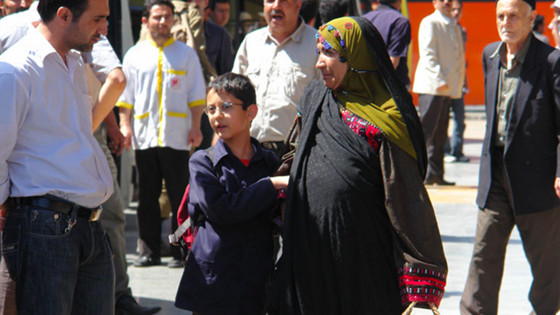 Few tropes recur in films about children more than the good-hearted naughty boy. Yet perhaps we’ve become accustomed to such boys being placed in fantastical situations, pitched against a sinister villain through whom they prove their goodness in a dramatic finale.

What Granaz does, much to its credit, is paint a realistic portrait of a kind-but-naughty boy, whose transgressions are unassuming and whose ultimate goodness is shadowed ambiguously by misunderstanding.

Milad, the naughty boy in question, plays games when he’s not supposed to, is perpetually late for school, and generally finds himself out of kilter with everything that’s expected of him.

It’s not malicious, or even intentional. But it’s consistent. So the early scenes of the film find him on the verge of serious repercussions for his misdemeanours. And although he’s determined to do better, he just can’t help himself – he’s late for school the very next day.

This time something different happens, though. Failing to boards a bus, Milad encounters an elderly Pakistani woman, Granaz, who is in Iran to visit her son and grandchildren but has missed her rendezvous with them.

Unable to communicate fully with anyone, she thus finds herself lost in a strange land, and partly by chance, partly by kindness, Milad becomes responsible for her. He pieces together her story, and at the risk of trouble for himself guides her through the city.

Watching Milad guide the confused Granaz by the hand in the early stages of this little quest is one of the sweetest scenes in cinema, and the film is worth watching just for those moments. But there’s more at stake in Abbas Rafei’s film than endearing snapshots of a good deed.

When Milad returns to school the next day, no one believes his story, and he suffers condemnation rather than praise. This, however, is not a pessimistic view on the futility of kindness but the prelude to a nobler sentiment which defines his story: “How lovely and dear are those who sacrifice themselves to bring peace to others.” 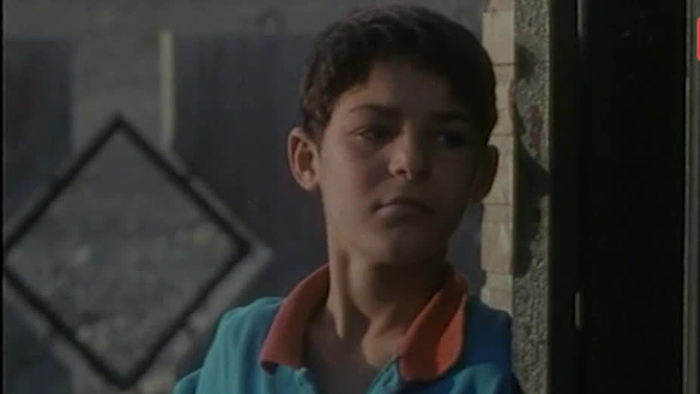 Abolfazi Jalili’s realist drama is essentially an exposé of the hardships of poverty and the impact of parental drug addiction on children. It follows the life of Farhad, a young boy of nine in a family of five children, whose father is a long-time drug addict. Yet just as important as this specific plotline is the much more general situation of poor children in Iran.

Often forced to work in order to help support their families, their education suffers; and through the story of Fahrad, the film shines a sympathetic light on this complex subject.

On its release, Don appeared at so many international film festivals that it would take this paragraph just to list them, and the reason for that is perhaps the unassuming approach Farhad has to his working life.

The young boy’s unquestioning sacrifice provides a heart-warming edge to the gloomy reality of his life, and to the no frills documentary style of filmmaking through which it’s presented. His tender character, which is especially evident in the touching moments of mutual support he shares with his friend Farzaneh as they attempt to find work, thus provides an endearing edge to story of hardship.

However, such intimate moments of warmth are only a brief reprise from the gritty focus on the wider social issues of Fahrad’s situation. More prominently, his life is filled with uncomfortable moments of nervous interaction as he’s interrogated by potential employers for the lies he has to tell to get work. And ultimately, Fahrad comes to lament his illiteracy and innumeracy, longing for an education he no longer has a way to achieve.

The film thus ends with heart-break, but not for nothing. Its thought-provoking glimpse into an unfair world of poverty is a compelling message which raises awareness with a rare and compelling degree of intimacy.

Technically, Persepolis is a French made film, but being an account of the childhood of Iranian-born French nationalist Marjane Satrapi it can be crowbarred in here.

Adapted from her graphic novel of the same name alongside director Vincent Paronnaud, it’s a political view of Iran during the late ‘70s and ‘80s. However, beginning with the turmoil and hope leading up to the Islamic Revolution of 1979, before focussing on the treatment of women by Islamic fundamentalists after the uprising, the terror of the Iran-Iraq war, then Satrapi’s adult life outside Iran, it’s also a deeply personal account of how politics shapes young minds.

Being an animated film, it can race through all this, combing terse humour and quirky innocence with shocking moments in a way a live action movie couldn’t. The effect is fervent and impressively absorbing, telling the story of a young girl in a tumultuous moment of history and a young woman affected by that history.

At a young age, a precocious Marji wants to be a prophet and she wants to be Bruce Lee. And as she responds impressionably to her middle-class family’s hopeful view of the revolution and their disillusionment after it, these childish goals provide a thoughtful and an impetuous edge to her character which cuts through the pettiness and violence of hard-line politics with a quick wit.

Later, in her early teens, Maji then becomes a rebel, listening to heavy metal music bought on the black market and speaking up against oppression until her parents get scared for her and send her to live abroad. And the rest of the story follows her during her life outside Iran up until her eventual return.

Ultimately, Persepolis is a sometimes disturbing and always wonderfully expressive story of childhood and coming-of-age, which won awards at multiple international film festivals for its candour, wit and insight. 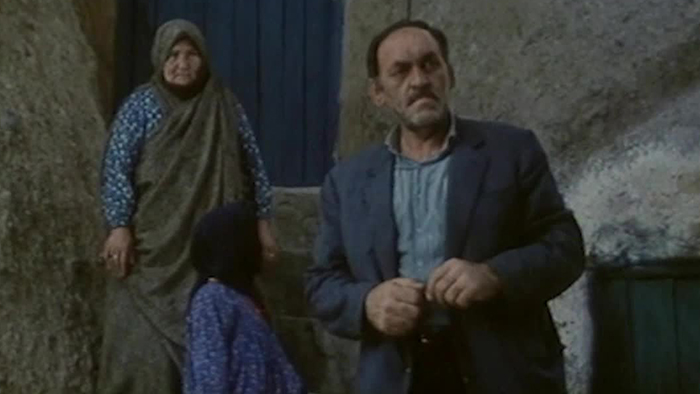 Birth of a Butterfly is a collection of three parable-like tales, and deserves a mention here because of the satisfying balance it creates between simple storytelling and delicate emotional complexity.

Essentially, the tales are linked together by themes of isolation, spiritual transformation and, of course, children. However, uniquely for a collection of fables of this sort, none of them are easily reduced to a one-dimensional spiritual lesson. Rather, Mojtaba Raei’s film resonates with a depth and breadth of suggestive meanings which is more reminiscent of the height of modernist literature than a simple allegory.

This is especially true of the first story, a beautifully crafted and emotionally complex vignette about a boy with an unkind step-father who becomes wrought with grief when his mother dies. The second story is much simpler, but no less intriguing, following a boy on a pilgrimage who meets a mysterious man who gives him water with healing properties.

In the final fable, a school teacher is accredited with prophetic powers after he makes a few offhand predictions that come true. First of all, he’s unwillingly revered for bringing good fortune, and then becomes an outcast when he forecasts a flood. But the story ends with a more wonderfully event. Having jokingly told young pupil, who loves butterflies but is stranded from home by the flood, to “fly over the water” like a butterfly, he witnesses the boy do just that.

There’s a definite progression in these stories, which alludes to the idea that spiritual faith emerges from the wake of suffering. Yet there’s it’s the intricacy of the stories which makes this idea fulfilling. It doesn’t just reveal a meaning, but provokes reflection.