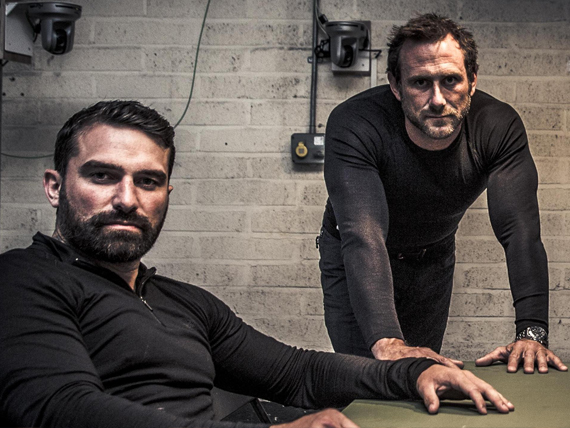 Arrow Films recent release is a reality mini-series that originally aired on Channel 4 in the UK last year. It is an attempt to show the viewers one of the most physically and psychologically challenging military entrance programs in the world, selection into the Special Air Service (SAS).

The SAS is the Special Forces unit of the British Army that was originally founded in 1941. The series brings 30 ordinary men from various backgrounds that are put through eight intensive days featuring some of the various key stages of the selection process, which are all based upon the actual tests that are performed during the real Special Forces selection process.

It is all led by a group of ex-Special Forces members who have set up and run the course and the various tests involved. This is brought to you for distribution in region 2 format, making it available to viewers from Europe, Middle East, Japan, South Africa, several other countries, and anyone that may own a region free player.

As a quick caveat, I do not watch any reality television and tend to stay away from that genre of television. I have seen episodes here and there of some of the popular ones such as Survivor so I have some knowledge of what it is like and going into watching this was actually not looking forward to sitting through this and reviewing it.

Much to my surprise, this was unlike any reality series that I had seen before. It felt so much more realistic then any of the other shows and I didn’t find myself questioning the authenticity of what was actually taking place.

The recruits are put through a series of physical and mental games that are used to test their character, weaknesses, fear, and to see how capable their body and most specifically their mind can endure.

This included long periods of extreme physical endurances, psychological profiling and interviews, sleep deprivation and getting over injuries, mind games, being hunted, and being captured and interrogated.

It features some excellent cinematography and camera placement that at times gives it more of a cinematic feel to it. The editing and close ups shots are all superbly done. It also has a terrific score and nicely done narration throughout the series. There is enough character development for most of the 30 men that are trying to complete the selection process.

What makes this such an engaging and compelling series though is the personal interviews from the ex-soldiers that are running selection. They provide multiple true stories about their experience going through the selection process as well as their military experience, including being taken hostage and how the selection process helped prepare him for that.

Bottom line, this is one that you may easily find yourself binge watching at only five episodes. The only negative I have is that I could have actually sat through a couple more episodes.