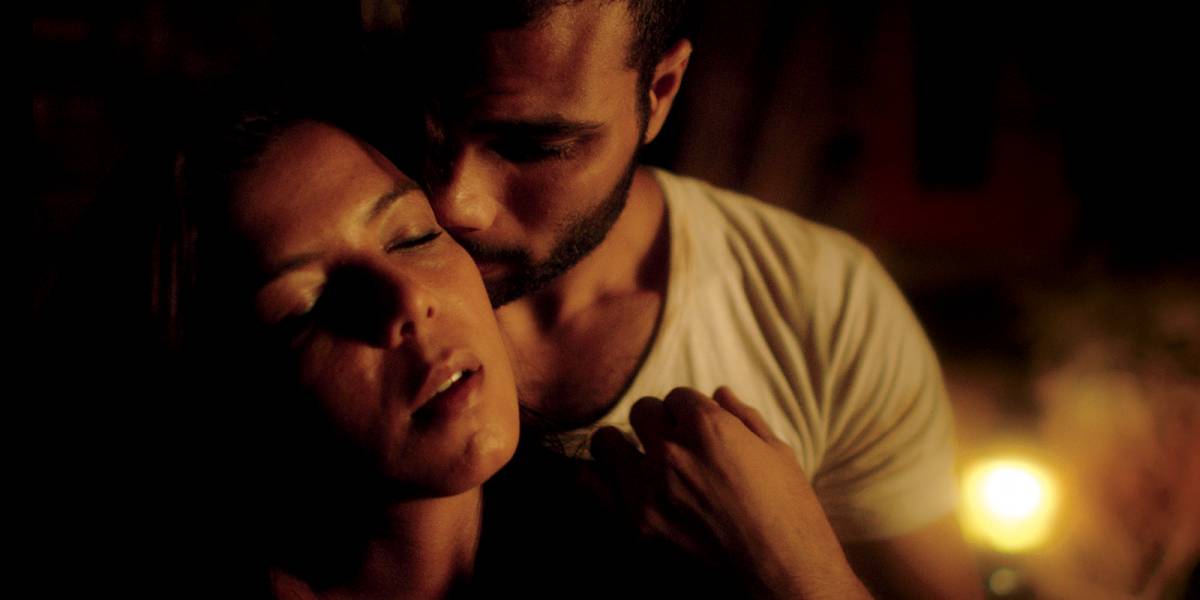 “You came and brought ruin with you,” says Fatma (Nahed El Sebai) through tears of anger and heartbreak, to her one-time lover, Aly (Ahmed Abdala Mahomud), recently escaped from prison in the new intense new Egyptian drama, Sins of the Flesh.

Written and directed by Khaled El Hagar (Room to Rent, El Shooq), himself a rather controversial figure in his native Egypt, Sins of the Flesh is set in 2011 amidst the Egyptian revolution that would overthrow President Mubarak, and the intimate humiliations and hardships that befall Fatma are no doubt meant as scorching critique.

When we first meet Fatma she’s a prisoner of a marriage to Hasan (Mahmoud El Bezawi), cousin of the man she truly desires, Aly, in prison for murder. Fatma lives on an isolated farm where her seclusion and proclivity––yes, she also desires Aly, yes they give in to carnality––feels all the more palpable in such desolation.

Sins of the Flesh unravels essentially in one location, the desert farm. Fatma lives in abjection with very little comforts like electricity, and certainly this is why El Hagar shoots with available light offering little frills amidst this gaunt horizon. This is a film that details love and lusty appetite, but also fractured family, and the exploitation that comes with too much power.

Nahed El Sebai and Ahmed Abdala Mahomud are particularly effective and estimable in their roles; their longing and derision is both affecting and arresting. Often the dalliance between Fatma and Aly borders on melodrama but this is more often grounded in blunt and often beastly verisimilitude.

Sins of the Flesh puts the viewer through a lot of objectionable and unremitting uncertainty and ends on a note so ruinous and tragic that I felt it was perhaps more aimed more at an Egyptian public than my own, and it took some time to shake off. Sins of the Flesh has some beauty to it––lens flares are seldom used in so sinister a fashion––but the idle agony and sad ruin of it all is what emerges most.