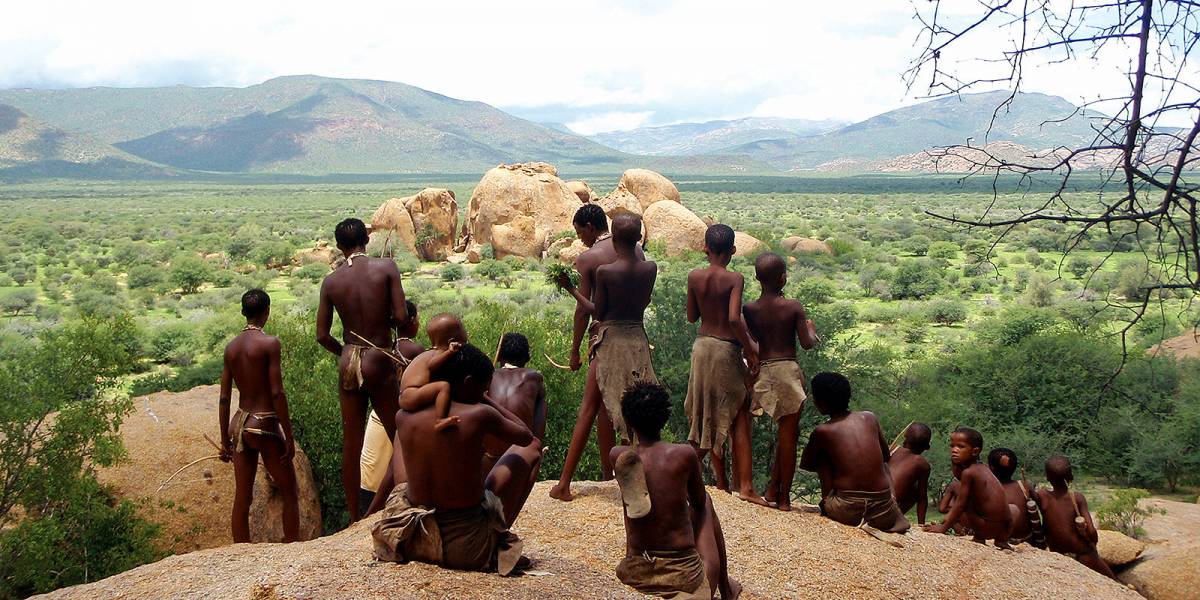 “The plane wakes up,” says one of the Ju/’hoansi people as she takes her first trip ever on an airplane, destined for “overseas” aka Germany in Simon Stadler’s endearing and open-handed documentary, Ghostland. With an observant but never overly intrusive eye Stadler presents the Ju/’huansi as engaging and endearing subjects.

A tribal people who’ve lost their traditional hunting practices thanks to the meddling Nambian government, these inventive people––bushmen from the Kalahari––have resorted to performing for tourists and day-trippers and while their culture is certainly exploited, their obiter dictum on consumerism, their remarks on modern life, and their own struggles to survive and flourish makes for fascinating, insightful, and often amusing anecdotal ruminations.

Ghostland plays out something like a neo-realist reboot of Jamie Uys comedy classic The Gods Must Be Crazy, at least for Western audiences, and that’s a very good thing.

The culture clash is equal parts comedy and tragedy but never is it anything less than compelling as a group of amiable and intelligent Ju/’huansi find themselves exploring metropolitan life in Germany, marvelling at skyscrapers and shopping malls, filling stations, and teeming waterways, poverty and profusion, all with the eyes of innocent’s.

After leaving the darkened theater I couldn’t help but marvel at the modern rites and amenities all around me and also long for the bucolic equanimity beyond the city. Stadler presents the Ju/’huansi allegorically perhaps, or maybe that’s just what the viewer brings to it having looked into a mirror flashing our up-to-date nabe placed in proximity to the oldest existing culture on the planet with reflecting and refreshing results.