The Screenwriter. So often forgotten in the process, by audiences and sometimes, even by their own fellow creatives.

Yet the screenplay is the cornerstone of every good movie. As the legendary British director Alfred Hitchcock opined, “To make a great film, you need three things: the script, the script and the script”!

But what exactly makes a great screenplay? Whilst there is no dearth of screenwriting or storytelling advice on the internet, in books or via events like London Screenwriters’ Festival, it can be difficult for writers – both newbie, seasoned and veteran – to know where to start when aiming for greatness.

So, great screenplays are the sum of all their parts. This is why individual scenes must add to up individually to create a great story. However, there must also be standout scenes that take audiences’ breath away, too!

This is why LondonSWF has rounded up ten breath-taking scenes from classic movies of the last thirty years, such as: 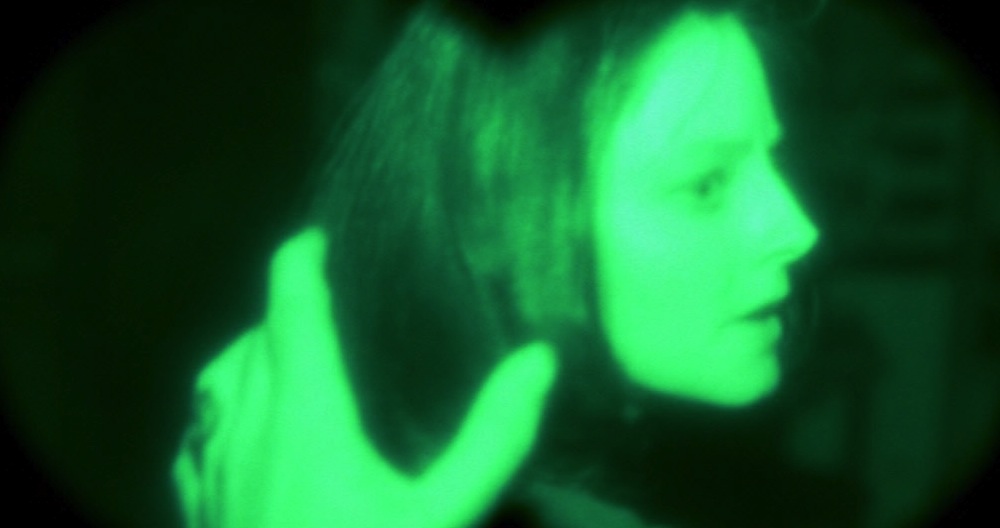 Hannibal Lector has to be one of the most enigmatic and infamous murderers on the silver screen. But movie buffs were treated to not just one, but two rounded and three-dimensional killer characters in this 1991 Oscar-winning classic (incidentally, still the only Horror to win a gong, twenty five years later).

In this scene, fledgling FBI agent Clarice Starling has realised the man whose house she’s accidentally called at has something to hide. She has unwittingly walked into Buffalo Bill’s lair, who has been abducting and killing women, with a secret – and gruesome – purpose in mind.

Like Buffalo Bill himself, his house seems “normal” and respectable on the surface, but it has hidden and terrifying depths. Though viewers have seen Bill’s lair before this point in the movie – not least in the memorable, “It puts the lotion in the basket!” scene – they are yet to discover just how vile it really is, when Clarice is immediately confronted with the decomposing body in the bath tub as she follows Bill down into his subterranean grotto of horror.

But wait – there’s more terror in store. Clarice has no time to acclimbatise, because Buffalo Bill cuts the power. She’s at a double disadvantage: she doesn’t know the terrain like he does, plus she is blind in the darkness while he surveils via his night vision goggles. Viewers are in Bill’s place as he regards Starling, panting and terrified, whilst he extends a hand towards her, taunting her. It’s like a first person video game!

But ultimately, Buffalo Bill underestimates the young rookie and it’s his complacency that is the death of him. 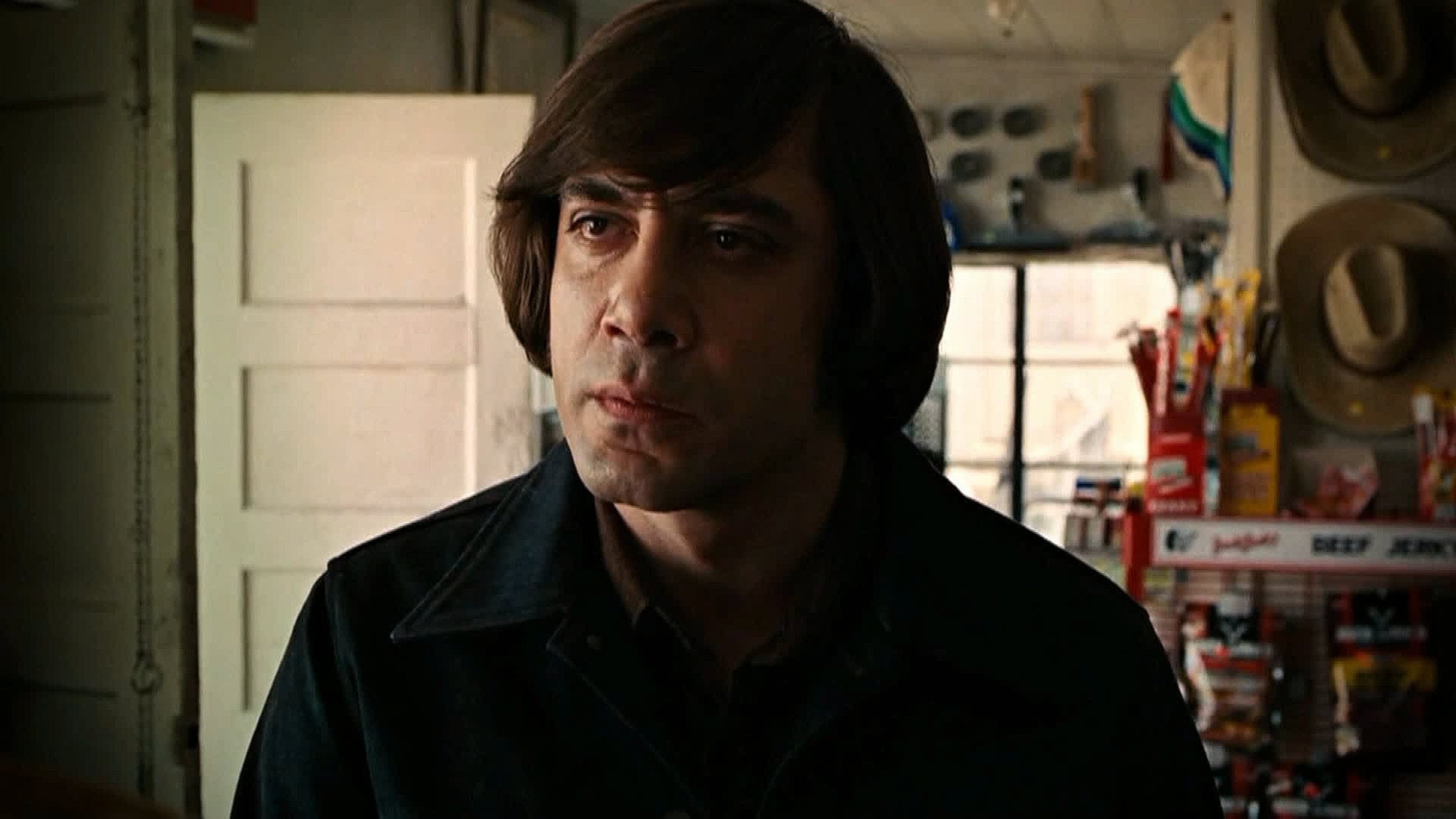 The Coen Brothers may be “Marmite” filmmakers – cinema-goers either love ’em or hate ’em – but there’s no denying the Coens’ talent.

Known best for their whimsical, tongue-in-cheek style in previous movies like FARGO (1996), NO COUNTRY FOR OLD MEN (2007) is already a classic as well. Movie buffs argue constantly about THAT scene involving the protagonist in NO COUNTRY: a good move? A bad one? Who cares, when cinema-goers and articles (like this one!) are still talking about it?

In this scene, the formidable Chigurh is basically deciding whether he can get away with killing the man behind the counter at the gas station. Viewers already know Chirgurh is both bloodthirsty and ruthless, but can he afford the attention?

What puts the viewer really on the edge of the seat is the absolute obliviousness of the man himself behind the counter: he knows Chigurh has got issues, but the old timer can’t guess see how far they go … Or how much potential danger he is in from the psychopath standing right in front of him.

“Who is Keyser Soze?” is still one of the most asked questions in cinema-going history, some two decades on. It’s also the film that catapaulted both USUAL SUSPECTS director Bryan Singer and screenwriter Christopher McQuarrie into Hollywood storytelling royalty – and rightly so.

THE USUAL SUSPECTS is told as a framing story (note: NOT flashback), so in this spoilerific scene, our police detective is finally confronted with the truth.
Flashing around the small room, taking in the various key elements of exposition from the walls and via dialogue, this reveal is the ultimate in cinema payoffs. We’re reminded of Kobayashi’s words as we regard the name on the bottom of the detective’s cup: “I expect you’ve heard some tall tales …” before just two more echo for us, CONVINCE ME.”

Too late, the detective finally realises how he’s been played all along! Just as his colleague advises, “It all makes sense when you stand back from it …” It does the viewer, as well. 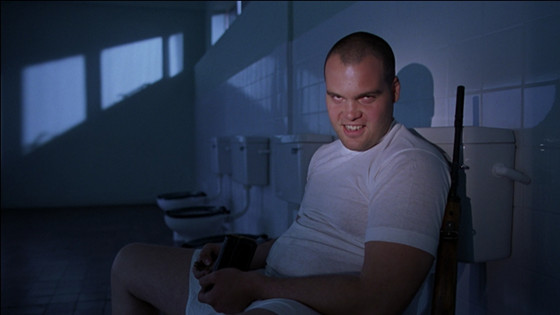 “I AM in a world of shit!” Anyone who has ever been bullied systematically and for a long period of time can identify with Pyle’s words here. In this scene, Private “Joker” is confronted with the deranged Pyle in the bathrooms, who is having a full-scale meltdown whilst in charge of live ammunition.

As a result, it’s not overly surprising to see Pyle blow the sergeant away. Viewers suspect Joker will be next and so does he: Pakula has Matthew Modine playing his part in a very understated way, his face blank, his voice soft and pleading. Viewers can see from Joker’s expression he does not really believe he will survive, which is why what happens next is so shocking.

Winning Streep’s second Oscar for Best Actress (her first was for Kramer Vs Kramer in 1979), this harrowing scene shows viewers, with horrifying simplicity, the choice Sophie is forced to make.

This scene might be simple – it is literally just two people talking – but writer/director Alan Pakula takes us through a gamut of emotions. At first, Sophie is horrified at the thought of sleeping with the Nazi General, but very quickly realises this could save her life (and presumably, that of her two children). Sophie convinces the German she is not a Jew, but a Pole and that she is a devout Catholic and a lover of Christ, to make herself more appealing to him.

Yet the German turns the tables on her in a truly appalling way: she may go with him, but she can take only one of her children; the other must go to the gas chambers. This scene has universal appeal in terms of Horror: whether one is a parent or not, all of us remember being a child, vulnerable to the whims of adults.

For full appreciation of how gut-wrenching this scene is however, parents can see a number of different elements to Sophie’s choice: is the child who dies getting a more merciful (and quick) end than the one who ends up in the labour camp? Or should all three of them go, rather than live with this terrible choice? Though viewers may have strong opinions of what they’d do in Sophie’s place, there is no easy answer, which is why this scene is so powerful.