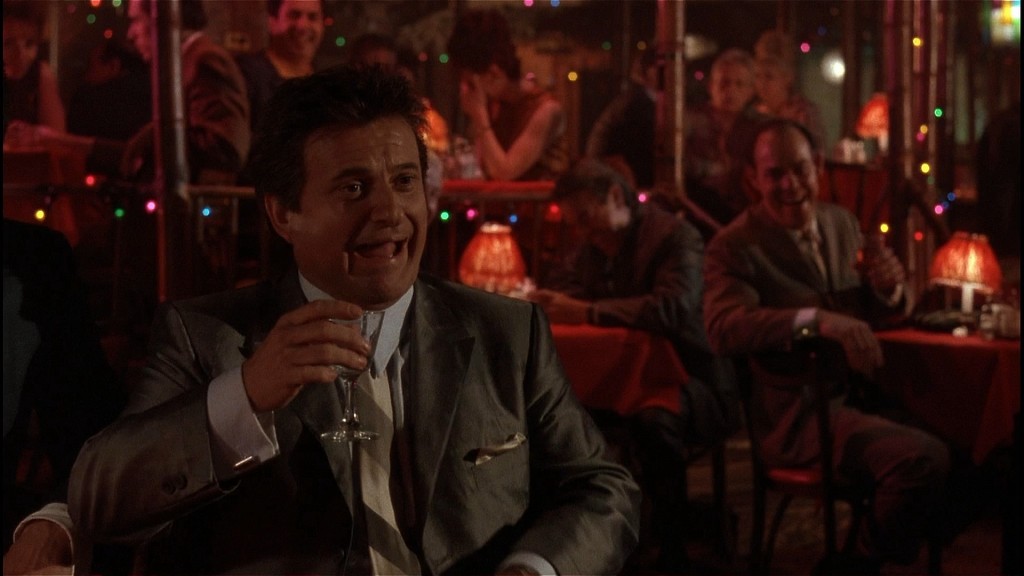 The Mafia are a terrifying bunch and director Martin Scorsese spent many decades depicting their bloodthirsty antics. Arguably however, it’s GOODFELLAS (1990) that is the jewell in Scorsese’s crown, thanks to his and co-writer Nicholas Pileggi’s masterly screenplay, adapted from Pileggi’s book, Wiseguy, about mobster Henry Hill, played here by Ray Liotta. A true story, the movie is still one of the most searched-for and highest rated on sites like Rotten Tomatoes, hailed as  ‘the high point in Scorsese’s career”.

GOODFELLAS takes in a large cast of characters, but never once feels unwieldy in its storytelling. This is possibly down to the fact each secondary character is so three-dimensional, like Tommy DeVito, played by Joe Pesci.

In this classic scene, Tommy regales his friends at dinner with a story, making them all guffaw with laughter. Yet when Henry says Tommy is “funny”, his friend immediately puts him on the spot. The temperature of the room plummets as Henry tries to extricate himself from the sticky situation, only to discover joker Tommy was apparently having him on, “… I almost had you!”

But viewers are left with the impression Tommy might not have been  telling the truth. When the owner of the establishment tackles Tommy about his enormous tab, he soon feels the little guy’s wrath, beaten within an inch of his life. Nasty things come in small packages, it seems!

Another Scorsese classic from a time he was riding high in the 1990s, CAPE FEAR is actually a remake. When remakes and reboots are continually derided by cinema-going fans, it’s important to remember it’s actually how filmmakers tell it.

This message is underscored by the actual movie: Counsellor Bowden (Nick Nolte) thinks of himself as a good man for ensuring his client, the rapist Max Cady (Robert DeNiro), is locked up, by suppressing evidence at his trial. Bowden believes sometimes good people have to do bad things to ensure a “good” result. This means it is not a significant step to believe Bowden would arrange for Cady to be beaten up by three assailants, to keep Cady away from his family.

A control freak himself, Bowden decides to watch Cady’s fate, but he gets an unpleasant surprise. Cady’s lengthy time in prison means he is a hard nut and he dispenses with the three tough guys relatively easily. Complacent until this point, Bowden decides to make his getaway from the dumpster he’s hiding behind, drawing Cady’s attention. As a result, Bowden is forced to hide and hope Cady does not come for him.

To viewers’ surprise, he doesn’t. Instead, Cady launches into a long speech, almost God-like, taunting Bowden. In a lesser movie, arguably Cady would have marched over to the dumpster and revealed Bowden, beating him with the lead pipe. But Cady is a master manipulator and knows whatever he does to Bowden physically cannot match the psychological pain he can put him through. This scene demnstrates this layered characterisation perfectly.

In this Oscar-Nominated Drama, a young man, Derek (played by Edward Norton), falls into racism, thuggery and even murder as he descends into Neo Nazism after the death of his fireman father. However, a spell in jail and raped by his supposed Aryan brothers-in-arms changes Derek’s mind, so he comes out of prison, determined to stop his younger brother (played by Edward Furlong) from following the same path.

It’s hard to like or even empathise with Derek in the first half of the movie and this scene is the epitome of that. Derek’s self-righteous anger at the men attempting to steal his truck is both hypocritical and out of proportion: since when death a “suitable” penance for stealing a vehicle? But it was never really about that: Derek believes that black people are beneath him, barely human, hence him calling the man he catches at the curbside a “monkey”.

What’s more, even after the murders, Derek has no regret: this was not a spur of the moment thing. As the police arrive and his younger brother watches, horror-struck, Derek turns, arms outstretched in an almost Christ-like pose. Worst of all, there is a smirk on his face. 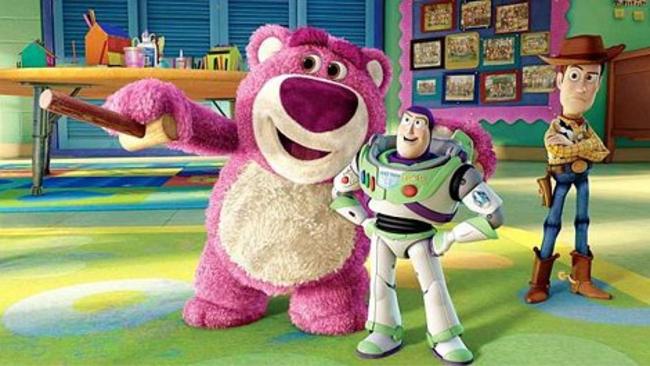 Wait a moment – what is a family movie doing in a list full of Thrillers and Dramas? That’s easy: Pixar is the king of reversals in movies.

In screenwriting terms, a “reversal” is a place in the plot where a character achieves the opposite of his aim, resulting in a change from good fortune to bad fortune (or vice versa). Reversals can be great ways of challenging audiences’ perceptions and flipping their expectations.  So, though Thrillers frequently contain the most reversals, any good movie, in any genre, will contain them. Scenes containing reversals are frequently cited by viewers as the most memorable and dramatically satisfying moments in films.

In this scene in the third instalment of the Toy Story franchise then, the friends – and therefore the audience – think it is all over for the toys. On their way to the incinerator, Woody, Buzz, Jessie and the others are left with no option to face the flames. Some cinema-goers even report they jumped ahead, thinking perhaps they will see these well-loved characters melted down, made into OTHER toys? Sob …

… But wait! Being a family movie, the toys are rescued at the very last second instead – and by something set up in the VERY FIRST movie, nearly sixteen years ahead. This scene rewards movie fans for sticking with the franchise, plus it proves Pixar and Oscar-winning screenwriter Michael Arndt really know who they’re writing for. 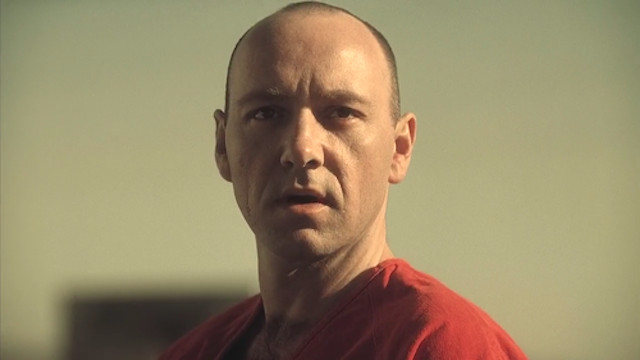 Perhaps one of the best-known and celebrated modern film noir Thrillers, Se7en takes viewers on a journey into the dark mind of a psychopathic serial killer who calls himself John Doe.

Considering the majority of the movie is played out in a dark, sinister metropolis, it might seem surprising this iconic last scene is played out in a sunny field. But the beauty of this contrasting environment brings home the horror of what is in THAT box.

Written by Andrew Kevin Walker, this scene is memorable most perhaps for the fact viewers never actually see what is in the box! Instead, director David Fincher – who goes on to a long career in the psychological thriller genre with other high ranking movies like Panic Room (2002) and Gone Girl (2014) – chooses to put the audience in Somerset’s place.

Played by Morgan Freeman, the older man pleads with young buck Detective Mills (Brad Pitt) not to do what Doe wants and kill him. In a lesser movie, Mills would have indubitably capitulated to Mills’ advice fairly quickly, saying some hackneyed line to Doe like “You’re not worth it.”

Instead, we view Mills through Somerset’s eyes here in this scene as he agonises over what he will do … Most importantly, it’s possible to believe – right up to the last second – that Mills will do the “right” thing.

But of course he doesn’t and though viewers can understand why, Mills is condemned and becomes Wrath, just like Doe wants. As Somerset declares, “John Doe has the upper hand” … Crucially, he always did.

London Screenwriters Festival 2016 – Get £53 off with Taste of Cinema’s Exclusive Discount Code!
Completely stuck getting an agent? Do you have a brilliant script? Want to get it read by top people in the industry or pitch to an Executive? You can either stay still, or change your life TODAY by coming to the London Screenwriters’ Festival. Go get that Script out of the drawer! Your code – TASTE-16X.