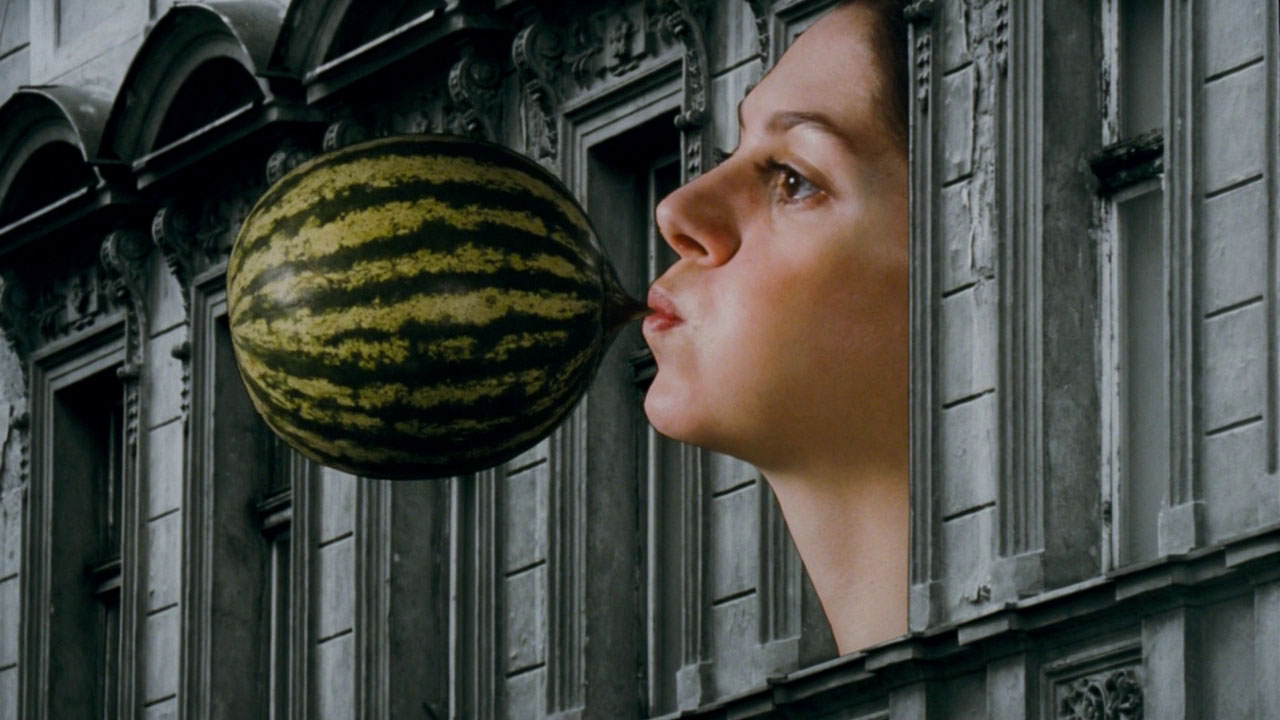 Although this list reviews the last 25 out of 100 titles, bear in mind that there are still plenty of great films from the last 16 years just waiting to be discovered, hidden in the places where you least expect them. They might not be the greatest, but hey, even some (if not all) of the masterpieces are not powerful enough to satisfy all tastes, believe it or not. 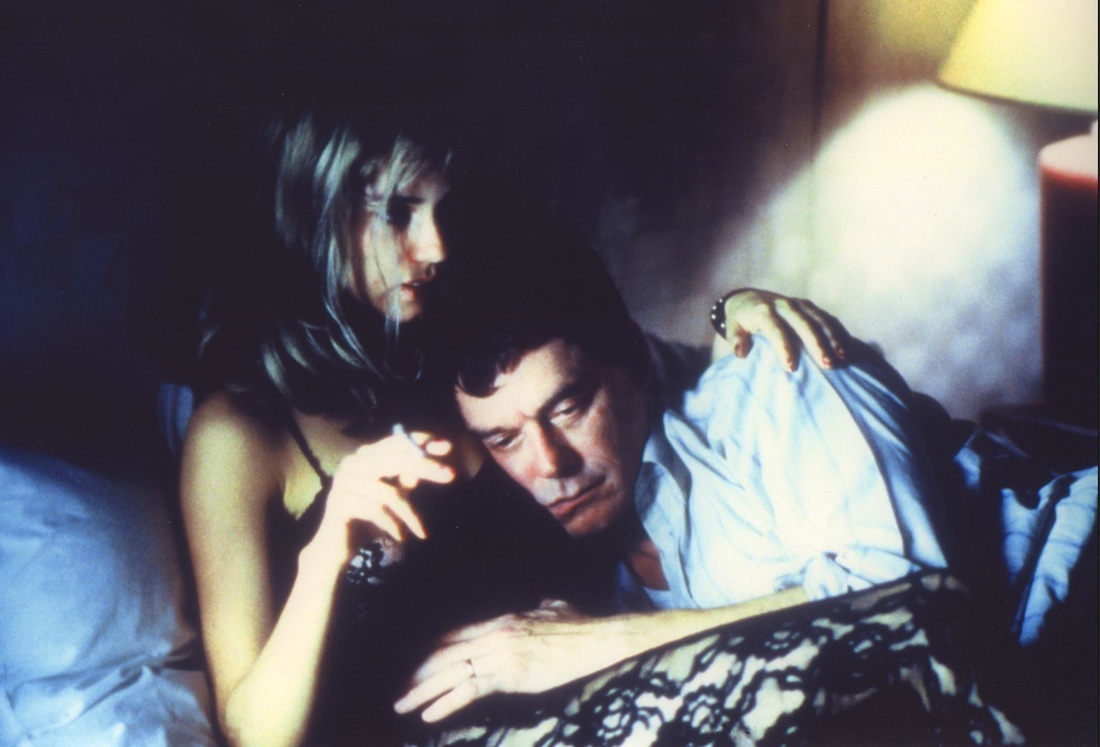 In the early 20s, an older man and a younger woman whose marriage has probably been arranged come on their honeymoon. A decade later, a mob boss brings his Chinese bride.

After the WWII, a soldier returns and is greeted by his fiancé and best friend. Sometime in the 50s, a bookworm searches for his wife. During the hippie era, a maid falls for a depressed rock star. A prostitute (the adorable Mia Kirshner) and a businessman’s meeting marks the end of the 80s. At the threshold of a new millennium, two lost generation Y souls show their offline faces to each other.

Portraying each period with the great attention to detail, David Weaver, then a newcomer, crafts an excellent low-budget film of dense atmosphere reminiscent of Lynch and Montgomery’s short-lived series “Hotel Room”.

“Decasia” is a highly experimental docu-phantasmagoria which seems like a spiritual successor to Gianikian and Ricci Lucchi’s “Karagoez Catalogue 9.5”. Beginning and ending with a dervish dance, it is an abstract, mind-bogglingly beautiful collage of decaying and decomposing archive footage set to Michael Gordon’s atonal and roaring “symphony”.

Written, edited, directed and produced by Bill Morrison, it raises from the graves the images of the film reels production and waves crashing the stones, a caravan of camels and a shamisen-playing geisha, the schoolchildren supervised by nuns and the miners leaving the crumbling pit, inter alia.

With many lethal scratches, wounds and burns, “Decasia” can be labeled as Guy Maddin’s wet dream or Georges Méliès’s nightmare; an extended edition of a deadly video from the “Ring” series or a microscopic view of some ancient, thought-to-be-extinct being’s organism. Certainly, a unique viewing experience, no matter what you call it. 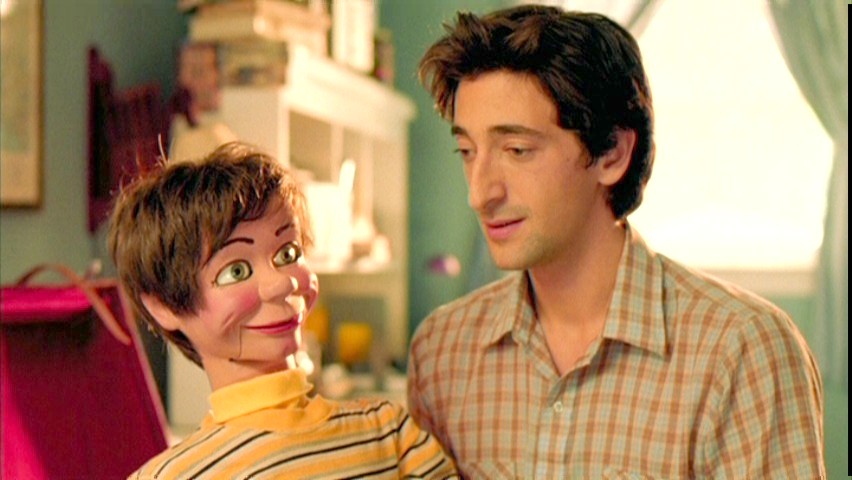 How do you put the ‘extra’ into an ‘ordinary’ romantic dramedy? Well, for the starters, you add a dummy – that creepy thing which “the voice throwers” utilize in their performance – and make the proceedings as farcical as possible.

Both literally and metaphorically titled, “Dummy” tells a slice-of-life story of an introvert ex-officer worker, Steven (brilliantly portrayed by Adrien Brody) who becomes a ventriloquist and falls in love with his unemployment counselor, Lorena (the enchanting Vera Farmiga). However, his weird, dysfunctional family (with the wide-eyed Illeana Douglas as his older sister, Heidi) and “klutzy” punk-girl friend Fangora (Milla Jovovich, brimming with energy) make everything harder… or not?

“Trapped” in a 4:3 format which corresponds with the protagonist’s square personality, the wildly varied cast delivers a memorable, strangely balanced performance, as their (mostly eccentric and a bit lost) characters chase their dreams.

The highlight of this feel-good indie flick is definitely the klezmer music reinterpretation by Miss Jovovich in a devilish outfit. 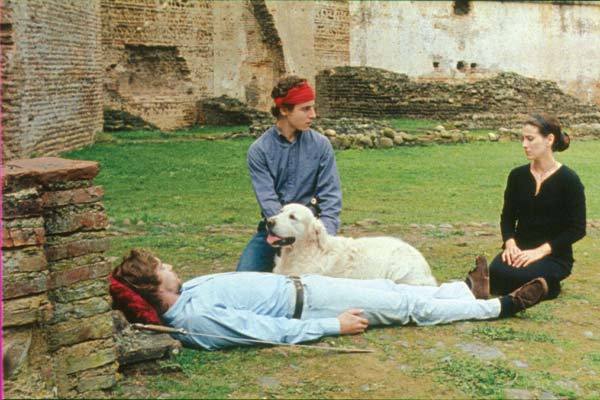 “The Living World (Le monde vivant)” is nothing short of a low-budget miracle. A fairy tale which is minimalist to the point of a brave knight wearing jeans and a simple shirt, whereby a child-eating ogre is kept off-screen with only his hands and feet made visible.

There’s no music, except during the intro and the outro, the acting is “sub-Bressonian”, the makeup unobtrusive (which is an understatement) and the lion is played by a well-trained Golden Retriever. The special effects are, of course, completely absent and the shooting locations complement the ascetic modesty of the film’s other aspects.

And yet, this peculiar fantasy is captivating in its sublime purity, as Mies van der Rohe’s famous slogan is given a new meaning. Its magic stems from the beautifully framed compositions and witty dialogue. 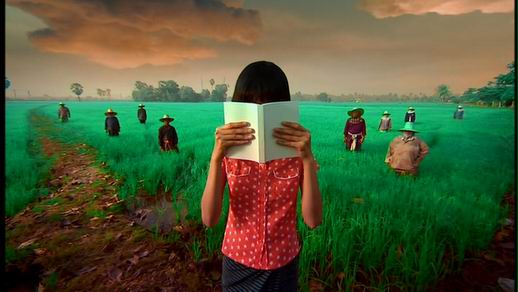 Ignoring his granny’s warnings about the big city denizens growing tails, Pod leaves his village and comes to Bangkok where he starts working in a tinned sardine factory. After he accidently chops off his finger (then finds it and puts it back on his hand), he becomes a security guard in a large company. There, he has a crush on Jin – a tidiness obsessed maid with a white book she wishes to decipher.

A surreal, “Amélie” inspired rom-com “Citizen Dog (Mah nakorn)” is their story – rife with offbeat characters and shrouded in saturated colors, similarly to its author’s radioactive feature debut “Tears of the Black Tiger”.

Wittily touching upon the social and global issues, Sasanatieng ushers the viewer into a crazy world in which the pink-helmets downpour and a living-dead biker are commonplace. And not to mention an 8-yo chain smoker lass and her teddy (also a tobacco addict), as well as the fast-mo reincarnation of Pod’s grandmother into a gecko.

The film owes part of its odd charm to a couple of non-professionals in the leading roles, both lovingly captured by the first-timer DP Rewat Prelert’s camera. 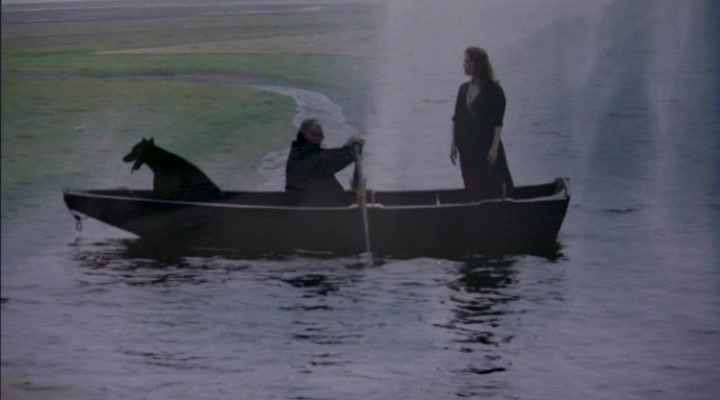 The art of dying taken to a poetic extreme.

“Silk Road (Silkevejen)” which seems like a more fragile predecessor to Majewski’s “Onirica” is an enticing portrait of a terminally ill paintings restorer, Christine, whose harrowing reality, almost tangible dreams and memories of a late lover are intertwined into a cinematic equivalent of a bleak and delicate hypnagogic hallucination.

Christine’s inner world merges with the outer one, tearing and transforming its very fabric, while her consciousness migrates into the ocean of the universe. The borders between the past, the present and the future dissolve.

Moving far, far away from the conventional narrative, Jytte Rex creates a melancholic ode to life illuminated through the prism death. Via double and triple superimpositions she achieves a disorienting atmosphere and in order to depict her protagonist’s crumbling state of mind, she even incorporates architectural elements and performance art.

The film is frequently perplexing, yet beautiful in its mysteriousness.

A French feature debut for the Georgian director Géla Babluani is a stark “whydunnit” art-thriller starring its author’s brother Giorgi – also a newcomer – as a young and hardworking man, Sébastien, whose immigrant family barely makes ends meet. Hoping to earn some easy money through an elaborate scheme, the poor bumpkin gets more than what he bargained for.

Dealing with the themes of human depravity, materialism’s corruptive power and the exploitative nature of a capitalist society, Babluani spins a bleak and minimalist, yet immersive story whose gritty realism is married to a disturbing “conspiratorial fantasy”. His worldview is quite pessimistic with most of the characters on the misanthropic side.

However, from the moment the protagonist (riding the cart with tools and ladders) enters the frame until the very end, “13 (Tzameti)” keeps a firm grip on its viewer, by virtue of the exquisite high-contrast B&W cinematography and brooding soundscapes which intensify the tension in the film’s second half. 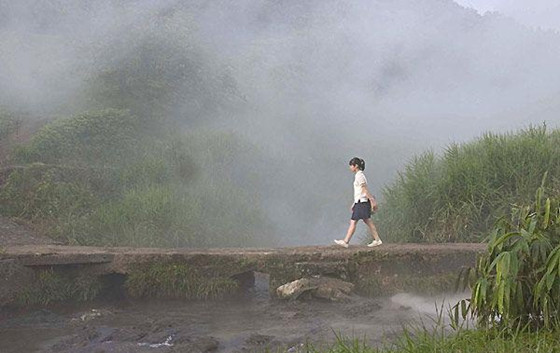 Although his oeuvre is not voluminous, Kōhei Oguri has left a lasting impact on the J-cinema. Prior to a touching debut feature “Muddy River”, he has worked as an assistant director to Masahiro Shinoda on “Double Suicide” and “Himiko”, and to Nobuhiko Obayashi on a cult horror-comedy “House”.

Strange as snow in April, his art-drama “Buried Forest (Umoregi)” is one of those films that make you wonder: “What planet the Japanese come from?” As whimsical as an old jester who sends an egg of a Brazilian elephant-bird to his grandson, it reminds of all those important things loaded on a toy bamboo-ship. And it feels like a calming evening stroll in the company of mischievous ancestral spirits.

Oguri invites you to a small (and probably fictional) town and delivers a series of its inhabitants’ unconventional micro-stories occasionally hidden in the treetops, behind the hills, in a large B&W photography or in a petrified forest no one has been aware of. Placing the characters on the border of dreams, he encourages you to listen to the silence of reality, as he treats you to the evocative imagery.