Director Ridley Scott cites Hopper as a great influence in the set design of his futuristic neo-noir piece Blade Runner, particularly the painting Nighthawks (1942) and adds that “I was constantly waving a reproduction of this painting under the noses of the production team to illustrate the look and mood I was after”.

His effort was well compensated since when watching Blade Runner (a film about a man who pursues four fugitives who aim to return to Earth in a stolen ship), one can discriminate the painter’s influence once Rick cruises the futuristic city full of light contrasts and places where it becomes notorious that estrangement and alienation are dominating feelings within this modern society. 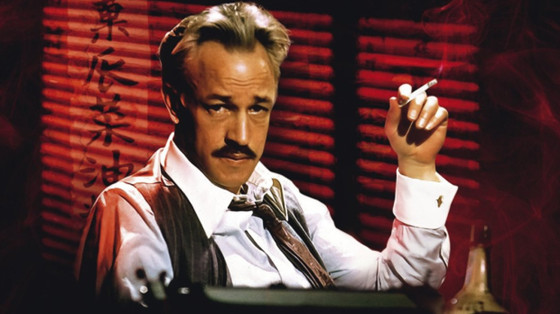 When talking about filmmakers influenced by Hopper’s works, perhaps the first name that comes to mind is Wim Wenders. The German filmmaker, that had in Hammett his first all American production, uses this film as a vehicle to explore his relationship with Hopper’s works. Hammett is centered in the writer Dashiell Hammett, himself a relevant figure on the noir movement, and his investigation on the disappearance of Crystal Ling, a Chinese prostitute, sought by his friend Jimmy Ryan.

This film works as an early bridge between the filmmaker and the painter’s works and the resemblance between some of Wenders’ shots and some of Hopper’s early drawings such as Night Shadows or House Tops (1921) is apparent, particularly because of the influence film noir and its elements have over this film.

This is perhaps the most notorious work of Wim Wenders in America and it follows Travis, a man picked up by his brother in the middle of the desert, that hopes to reconnect with his estranged family and recover what he has lost since his disappearance four years ago.

This film serves as an ode to American culture – the country, the people, traditions – and is shot across familiar American landscapes, deserts, small towns, diners, bars and the new big cities. Much like the painter’s works, the film assumes an observational point of view as Travis story unfolds and through it the audience is confronted with a portrait of America and some of the subjects that dominate American society.

Other interesting films by Wim Wenders influenced by the painter’s works are The American Friend (1977), The End of Violence (1997) or Don’t Come Knocking (2006).

David Lynch has stated in many interviews the close relationship he has with painting and he highlights the works of Francis Bacon and Edward Hopper has the ones that had the biggest toll on his films.

With that being said, Blue Velvet comes as a great example of this ‘hopperian influence’, a film revolving around Jeffrey, a young man investigating the mystery behind a woman ear he found in the fields which leads him to beautiful singer, whose son has been kidnapped by a group of dangerous people leaded by Frank, a psychopath.

When watching this film one can trace its noir look back to Edward Hopper’s paintings, particularly how light and shadow affect color, creating different dark shades and a pallet of dark ‘noirish’ colors that dominate the screen and the film’s atmosphere and thus, illustrating the mysteries hidden within the apparently calming suburban American way of life. 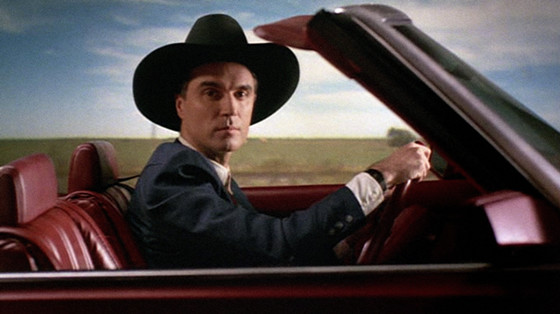 In David Byrne’s funny, witty and ironic piece about the fictional town of Virgil, Texas, we can also find the influence of Hopper’s works. The film itself is an exercise of observation over people and places interacting together much like what Hopper did in this canvas.

Virgil is a growing Texas town and the audience is taken on a field trip guided by an unnamed cowboy who presents us to the town’s main businesses, activities and people. It serves as a cynical portrait over the technological growth Texas had been experiencing since the late 1970s and what came with it, consumerism and the wildness that changed some of the core of the Texan society during that period.

Set during the Great Depression, Road to Perdition, revolves around the underworld of gangsters and particularly the Irish mob for whom Sullivan Sr., portrayed by Tom Hanks, works for as an enforcer. Director Sam Mendes stated that much of the film’s cinematography was inspired by Edward Hopper’s use of light particularly in paintings such as New York Movie (1939).

And throughout the film references to the Hopper’s works are immense, from shooting locations (diners, middle class apartments, empty streets) to the way lighting works around the characters hiding part of their bodies and sometimes their facial expressions, everything reminds of a Hopper painting. 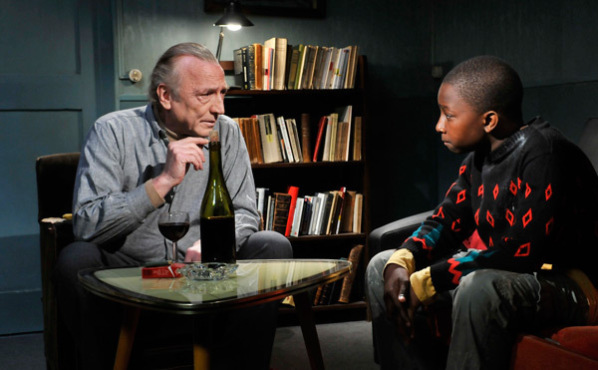 In a more contemporary film from Finish director Aki Kaurismäki it is also visible a relationship between film and the paintings of the realist master. In Le Havre, Idrissa, an African boy is given a home by Marcel, a former author turned into a shoeshiner.

Kaurismäki is a film director whose films are often affected by a dominant melancholy present either in the character’s actions or the places where the action takes place. There is also a notable carefulness the director has with the set and shot design, particularly due to the placement of objects, the use of textures and colors much like a canvas from Edward Hopper.

Le Havre comes as one of Aki Kaurismäki’s most notable achievements, despite other interesting efforts like The Man Without a Past (2002).