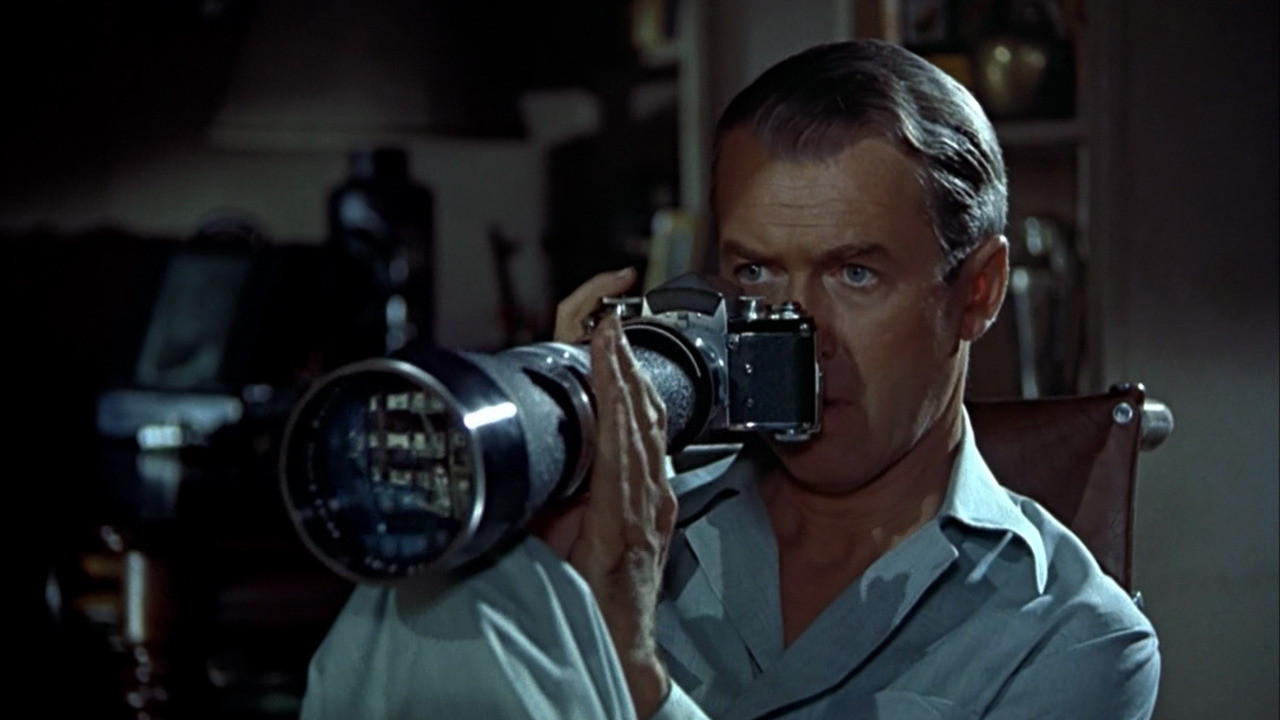 In Rear Window, a photographer bounded to a wheelchair, Jeff, spies on his neighbors and much of what he sees, resembles what Hopper painted in Night Windows (1928) or Room in New York (1932). However, everything takes a turn once Jeff notices the odd behaviors one of his neighbors has and becomes suspicious that the man has committed a crime. 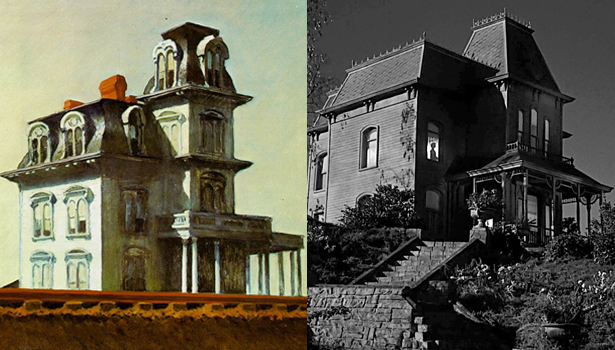 Perhaps the most notorious film directed by Alfred Hitchcock in which a woman named Marion, on the run for having stolen some money, checks into the Bates Motel, managed by Norman Bates, who under the control of his possessive mother becomes responsible for Marion’s permanent disappearance.

The main connection between Hitchcock’s film and Hopper’s paintings becomes aware once we know that the Bates House is actually inspired in the house featured in The House by the Railroad painted by Hopper in 1925. This painting also served also as an inspiration for the Benedict family in Giant (1956). 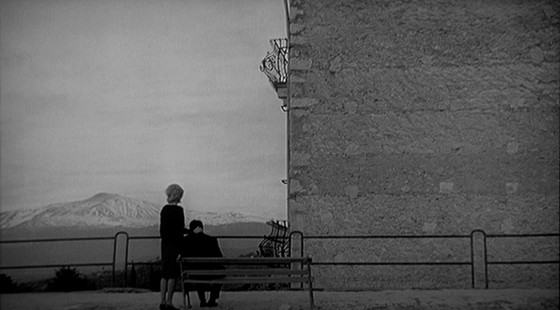 When it comes to the relationship between Hopper’s paintings and film one of the names to take in great consideration is Italian filmmaker Michelangelo Antonioni. Not only some images he produced during his career resemble Hopper’s works but Antonioni also created a trilogy in which he explores the feelings of detachment, lack of communication, alienation, estrangement and loneliness.

Subjects that dominate Hopper’s paintings whether if it’s a lonely woman in New Yok Movie (1939), a couple in Summer Evening (1947) or just strangers in Sunlight in a Cafeteria (1958). Themes and framings that filmmaker and painter shared even before the coming of Antonioni to America. 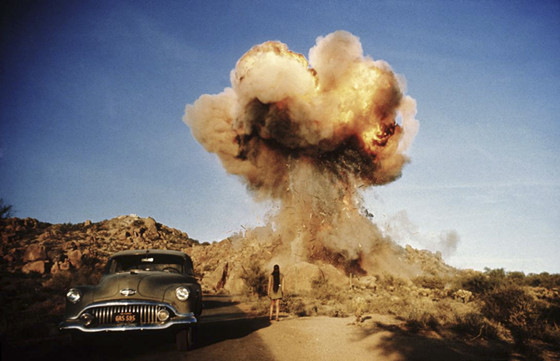 After signing a contract with producer Carlo Ponti in the mid 1960s, Antonioni made three films in English released by MGM, the second of which was Zabriskie Point which follows a woman named Daria, working for a company developing business in the Californian desert, and a man named Mark, wanted by the police for an incident during a protest.

This film serves as a portrait of America and the end of the 1960s freedom culture and draws a clear inspiration from Hopper’s paintings when Antonioni chooses to shoot along the American desert, placing there characters isolated by the distance they feel from society this modern society whose values have apparently returned to the past. 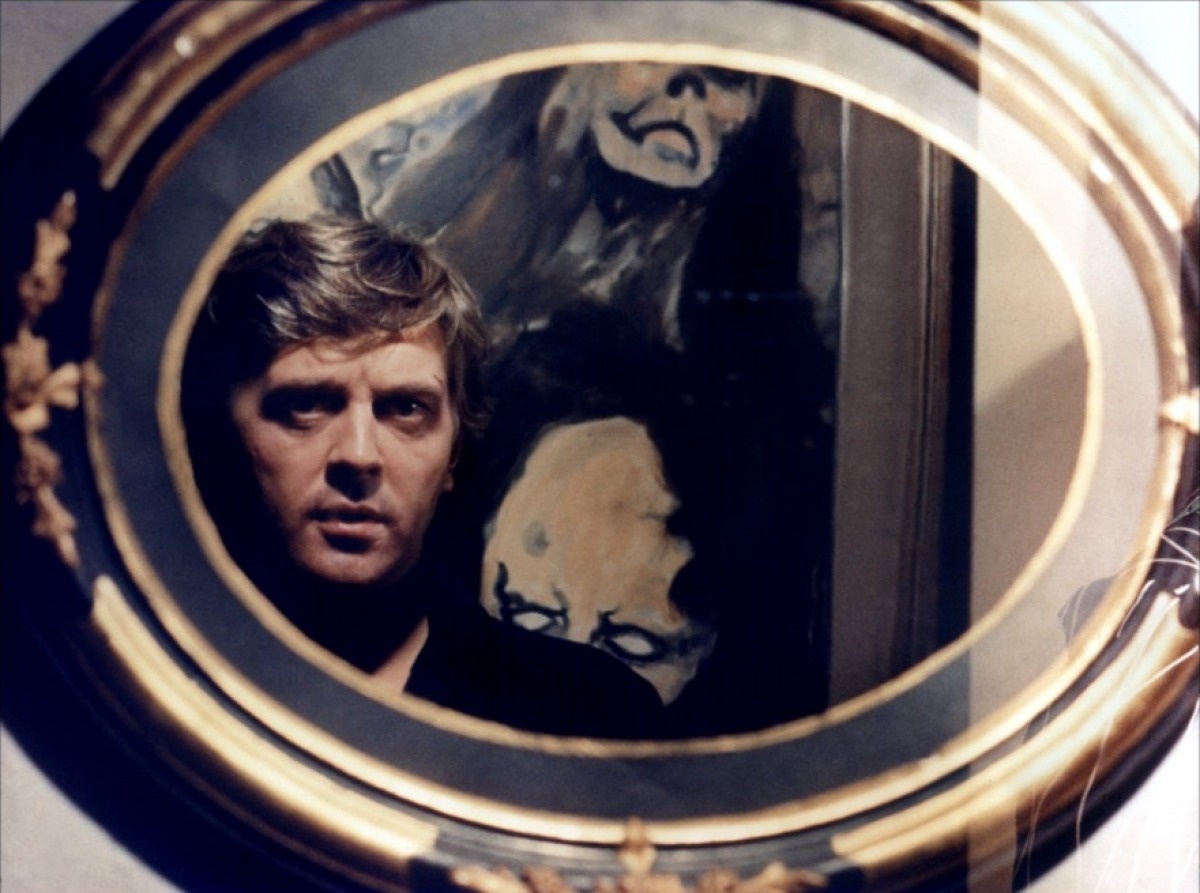 Another Italian director influenced by the painter’s works, Dario Argento, in his 1975 film Profondo Rosso. The film follows a jazz pianist named Marc who witnesses a murder and teams up with Gianna, a reporter, in order to uncover the killer’s identity and in doing so, has to deal with more crimes and the bizarre circumstances that surround them.

Highly stylized, Deep Red, is influenced by Hopper’s paintings in many levels. First, the set design, in which a great panoply of colors can be seen – red in preponderance – and where objects are meticulously placed. Second, and a more direct reference is the blue bar which in a way resembles the bar painted in Nighthawks (1942).

In this bar people seem to be suspended in time because they barely move or interact with each other and this is another key reference to Hopper’s style because in various scenes of the film, a number of extras appear in the background, alone and simply standing without moving while languidly smoking a cigarette, waiting for someone or window shopping. These figures remind the lonely people immortalized in some of the painter’s works such as Sunday (1926) or Hotel Window (1955).

Hard Times set during the Great Depression works on this list as another example of the different film genres that were influenced by Edward Hopper. Hard Times follows Chaney, a man working as an illegal prize fighter in the dangerous territory of New Orleans.

Combining different film genres ranging from drama, crime and sports, Hard Times serves as a symbol of how greater is Hopper’s influence on film. Once more, to depict an America of Depression, director Walter Hill draws inspiration from the mood of Hopper’s paintings, its use of light and its places.

Some of Walter Hill’s later works including The Driver (1978) also display a close relationship with Hopper’s painting particularly in the portrayal of the city during night hours when petty and organized crime take place, when loneliness becomes more evident through the presence of late costumers or occasional night wanderers.

Another film inspired by The House by the Railroad (1925) is Terrence Malick’s film about a man named Bill who desperately encourages his girlfriend Abby to marry a rich yet dying farmer so that they can claim the property and everything the man owns for them and thus become wealthy.

Despite the resemble of the farmer’s house to the one painted by Hopper, the painter’s influence is also notable through the use of light and framing the filmmaker does in his film, so that it highlights the loneliness of that place and those people isolated from further contact with society, living within the immensity of the surrounding wheat fields.