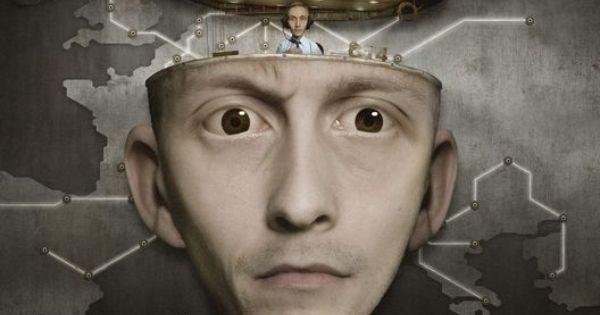 Whenever one talks about animation, the name of Walt Disney often pops up – after all, he is considered a pioneer of the large and influential American animation industry. However, beyond the worlds he and his studios have built, a different kind of magic exists – maybe not as fancy, but still effective enough.

The following twenty titles should serve as the exemplary representatives of the alternative “toons” – just keep in mind that some of them are not kid-friendly at all. 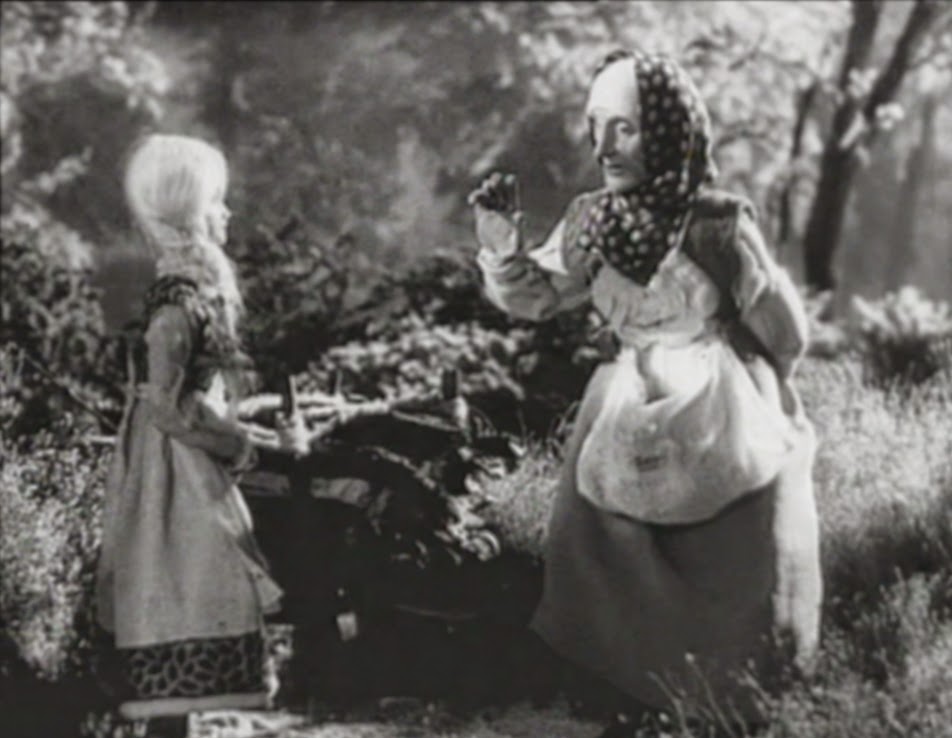 Made the same year as Disney’s Snow White and the Seven Dwarfs (here’s the proof of what is said in the introduction), stop-motion fantasy The Seven Ravens (Die Sieben Raben) is the brainchild of the Diehl brothers who are as important as Lotte Reiniger for the early history of German animation.

Ferdinand and Hermann who share the director’s chair are helped by their third sibling Paul as the writer – together, they bring to life the Grimms’ fairy tale of the same name, with the elements of H. C. Andersen’s Wild Swans thrown in for good measure.

The story of sisterly love, superhuman dedication and perseverance tells of a nameless, archetypal heroine on her quest for the brothers who are transformed into ravens because of their father’s curse. Unlike her God-fearing parents, she takes the responsibility on herself and dares to defy the will of heavens, prepared to sacrifice whatever is necessary to achieve her (righteous) goal.

Great and timeless is the beauty of The Seven Ravens that occasionally recalls the works of German expressionism. Its realistic sets, exquisite lighting, admirable B&W photography and, above all, detailed, meticulously crafted puppets bring this forgotten gem very close to the modern “frame-by-frame” features. 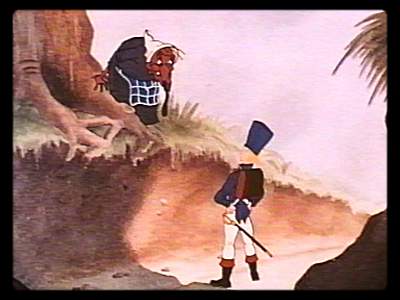 According to the information found at the Danish Film Institute’s official webpage, Magic Lighter (aka The Tinder Box, originally Fyrtøjet) is the first feature-length animated film to come from Denmark. It is an (almost) faithful adaptation of H. C. Andersen’s fairy tale which was previously turned into a live-action featurette by Vigo Larsen in 1907.

The tale of a soldier who grows rich thanks to the witch (the rhyme is unintentional) and wins a well-guarded princess can be read as a satire on those in power or as a simple parable of a poor young man’s social and sexual maturing in the cruel world. From the decapitation of an old crone (whose lower lip dangles on her chest) to the king and queen’s dethroning with the help of a huge-eyed dogs trio, the protagonist appears to be Andersen’s alter ego.

Screenwriters Henning Pade and Peter Toubro make slight changes from the source material by introducing the character of an astrologer and leaving the courtiers’ bones unbroken. The cutting of the head is only hinted at, since Magic Lighter is primarily intended for children.

For today’s standards, the animation looks very outdated, yet it does have a certain twisted charm in the vein of Ub Iwerks’s cartoons. Through “dingy” colors and diverse character design by the artists of different background, the atmosphere is rendered darkly-comical. 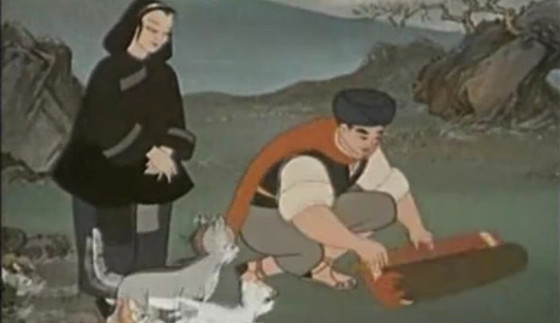 Although he’s not widely recognized, Qian Jiajun (1916-2011) is viewed as one of the Chinese animation fathers. For Chuang Tapestry (Yi fu zhuang jin) he draws the inspiration from his country’s fairy tales and speaks of zeal and dedication, hard work and the fruits thereof.

It all starts once upon a time, in the valley bordered by high mountains where a talented, widowed weaver of Chuang family lives with three sons. She spends three years day and night over her loom and creates a hyperrealistic tapestry. One day, her magnum opus is taken by the storm and she falls ill. Given that her youngest son is the most virtuous one, we all know it is him who will save her.

Of course, there is a reward for the youngster and it is the abundance of wealth and a beautiful fairy from the East. Once you know the source material, you don’t even need the subtitles to understand Jiajun’s film which is, at the time of writing, available on YouTube in its entirety.

Reminiscent of the features produced by Soyuzmultfilm during the same period, Chuang Tapestry’s rotoscoped visuals of earthy tones are “louder” than the spoken dialogue. The backgrounds reveal the influence of Chinese traditional watercolor paintings, whereby the soundtrack amalgamates folk and classical music.

Based on Maurice Maeterlinck’s play L’Oiseau bleu, a lyrical fantasy The Blue Bird (Sinyaya ptitsa) is a directorial debut of actor Vasily Livanov. A tale of personal and collective happiness glorifies work and carries a strong anti-war, anti-capitalist and anti-communist message.

We follow a dreamlike adventure of a boy and his little sister who try to reclaim the titular treasure from the dark forces embodied in the trio of a black cat, a rich man and a mistress of the night. They are helped by a dog, the ghosts of the past and “man’s ancient servants”.

Initially, the blue bird is represented as a piece of sky surrounded by dark clouds over a metropolis, only to become more abstract – a caged, bluish light – all in accordance with its multiple meanings. For Livanov and his team, it symbolizes artistic freedom often limited behind the Iron Curtain, so their efforts can be seen through the prism of revolt.

They combine cut-out and classic cel animation, while shrouding their characters in deep shadows and distorting the perspective in the background illustrations. This way, they establish the looks and the mood akin to a German expressionist film. 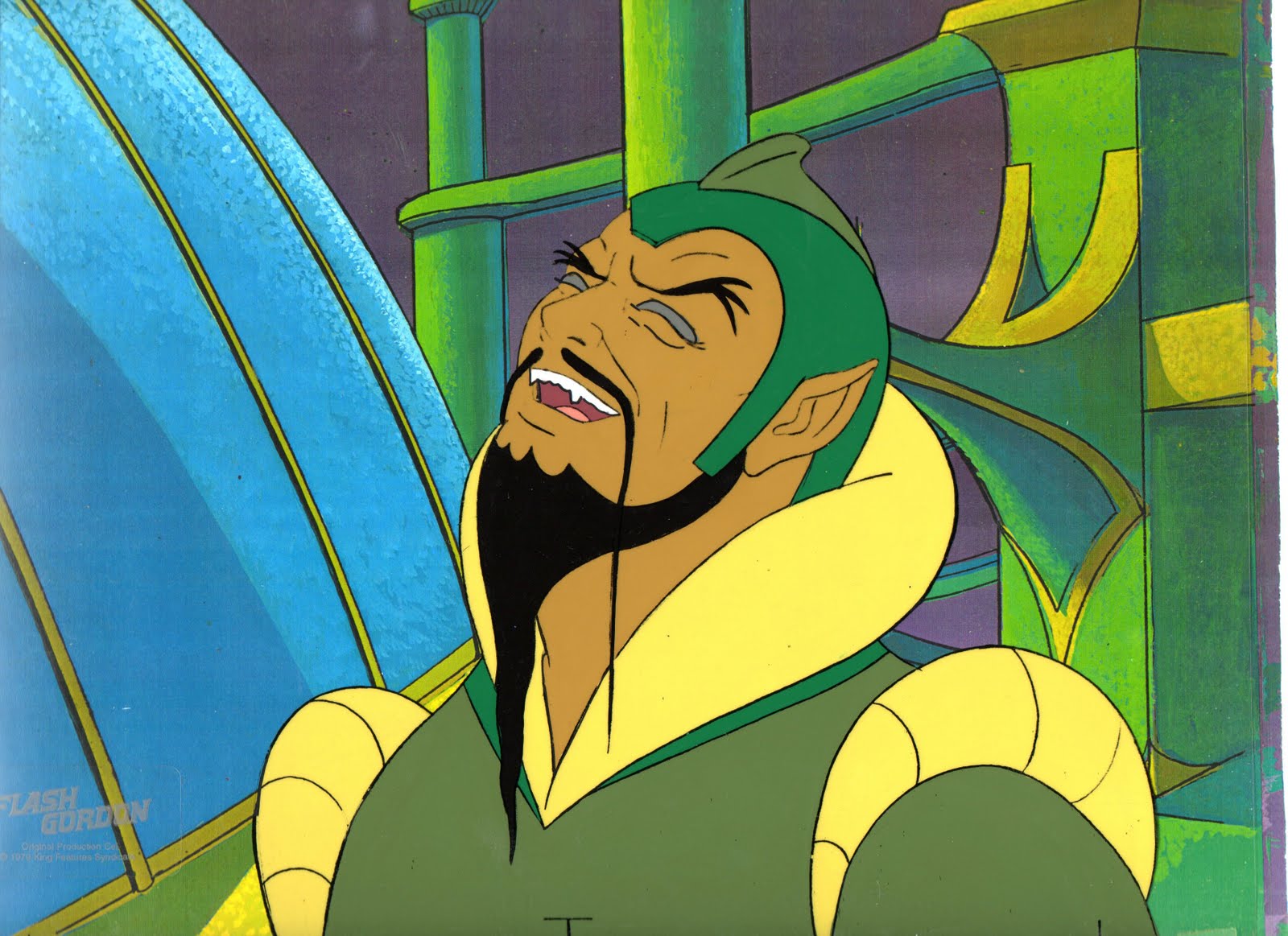 A “controversial” entry of the list owns its obscurity to the commercial unavailability, at least in a DVD format. It is considered the most faithful adaptation of Alex Raymond’s comic Flash Gordon which happens to be the late producer and Filmation’s co-founder Lou Scheimer’s favorite.

This film revolves around three Earthlings – Flash Gordon, Dale Arden and Doctor Zarkov – who meet during the bombing of Warsaw at the dawn of WWII. Together, they board the rocket and travel to the planet Mongo where they’re met with many unpleasant surprises.

If you grew up in the 80s, Flash Gordon: The Greatest Adventure of All should evoke the dearest memories of your childhood. Notwithstanding its campy aesthetic, it is superior to Mike Hodges’s film, minus The Queen theme. Written (and, according to some sources, directed) by one of Star Trek pilot’s co-authors, Samuel A. Peeples, this wild and “juicy” hyper-fantasy is packed with a lot of action scenes involving everything from dinosaurs and quasi-Neanderthal men, through robots and mutants, and all the way to laser-armed aircrafts.

In a typical Filmation fashion, it is done using the rotoscope, with flamboyant design of bizarre creatures and Gaudi-esque architecture of the antagonist’s castle. 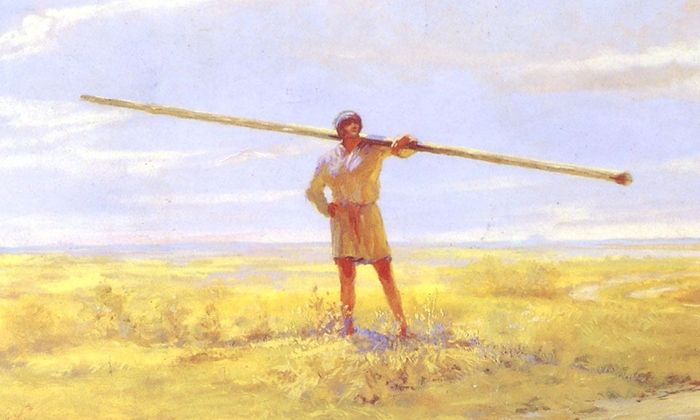 Based on the Toldi trilogy by the poet, writer, journalist and translator János Arany (1817-1887), historical epic Heroic Times (Daliás idők) invokes the legends of medieval nobleman Miklós Toldi. From the perspective of the narrator-protagonist voiced by Gyula Szabó, the film brings the story which questions moral values, reminds us of life’s finiteness and dispels the illusions of knightly virtues.

Directing a team of only ten animators (or rather painters), József Gémes utilizes the “destructive” technique that will bring Aleksandr Petrov to fame. Each frame is painted with oil pastels on a glass panel and after being photographed, it is partially or completely modified. The result of this time-consuming process is impressive – as if some artist’s canvases had come to life.

The lush color palette is dominated by warm tones whose role is crucial in the depiction of sweeping emotions and seething battles during which the clashing horsemen become abstract forms. Brilliant visual compositions are complemented by vivid symphonic score.