George Harrison contributed much to the British Film industry through Hand-Made Films (his own film company) which brought us such classics as The Long Good Friday, Time Bandits and Mona Lisa. But no contribution was as selfless as when he bank-rolled (even re-mortaging his house and office to do so) Monty Python’s hilarious Life Of Brian to the tune of £4 million! ‘The most anyone has ever paid for a cinema ticket!’ quipped Python, Eric Idle.

As a thank you, George was given a cameo role as Mr Papdopolous, owner of ‘The Mount’, who in one scene shakes hands with Brian, greeting him with a very Scouse ‘Hello’. Sadly, proving unusable, Harrison’s one line was later dubbed by Python, Michael Palin.

Life of Brian tells the story of Brian of Nazareth who is mistaken for Jesus of Nazareth with highly comic results. On release, the film caused something of a religious furore but George held firm against the critics and continued to back the Pythons and their movie. The controversy must have brought to George’s mind the time in 1966 when John Lennon caused a similar controversy with his ‘Bigger than Jesus’ comments.

Like Lennon, Harrison adored Monty Python, often referring to them as the keeper of The Beatles flame and his efforts proved justly fruitful with Life Of Brian now regarded as an all time comedy classic. 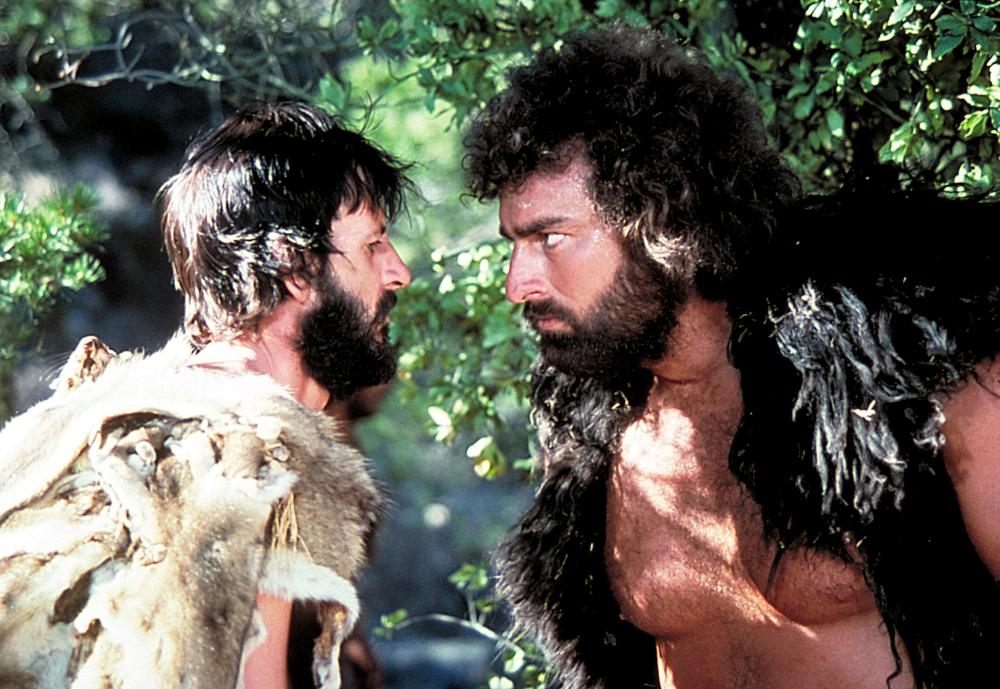 Ringo Starr was in the midst of a self-induced alcoholic haze when he signed on for the hilariously daft cult movie, Caveman. He stars as Atouk, a wandering caveman who, like all the other characters, only communicates in grunts. Ringo was always the most loveable Beatle and his cartoon face and voice are perfectly at home in this daft but charming comedy. 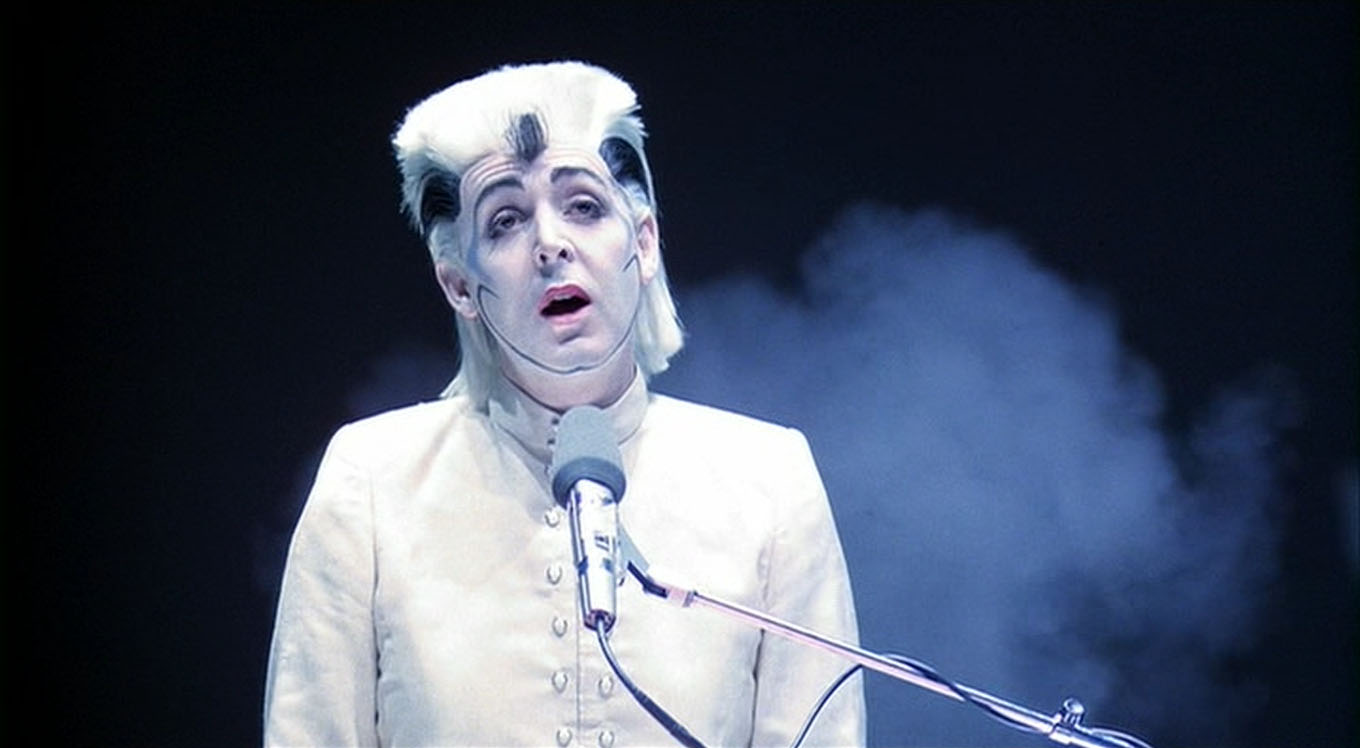 Paul McCartney’s big-budgeted vanity project is one of the biggest flops of all time. The plot (as much as there is one) involves the master tapes of a new album from a pop megastar (McCartney) being stolen by one of his employees.

Despite the fact that he devoted two years of his life to the project, Macca no longer mentions Give My Regards To Broadstreet in interviews, it seems to have been completely deleted from his CV. And no wonder, the film is really little more than a long, over-indulgent MTV video, with the only artistic legacy of the whole debacle being the marvellous hit single, No More Lonely Nights.

Yet Broadstreet does contain some magic within its badly scripted frames. Revisiting Eleanor Rigby at the Royal Albert Hall before continuing into a lovely new orchestral piece named Eleanor’s Dream, the beautifully shot Victorian images combine elegantly with both old and new compositions. There are also some entertaining musical set-pieces, such as the full band Ballroom Dancing scene. Yet unfortunately, aside from such musical highlights, the script is bereft of any substance, humour or entertainment.

Recruiting such acting talents as Bryan Brown and Sir Ralph Richardson, aswell as re-uniting McCartney with Beatles producer George Martin couldn’t save Broadstreet from its fate at the box-office. A disaster then and only recommended for Beatles completists. 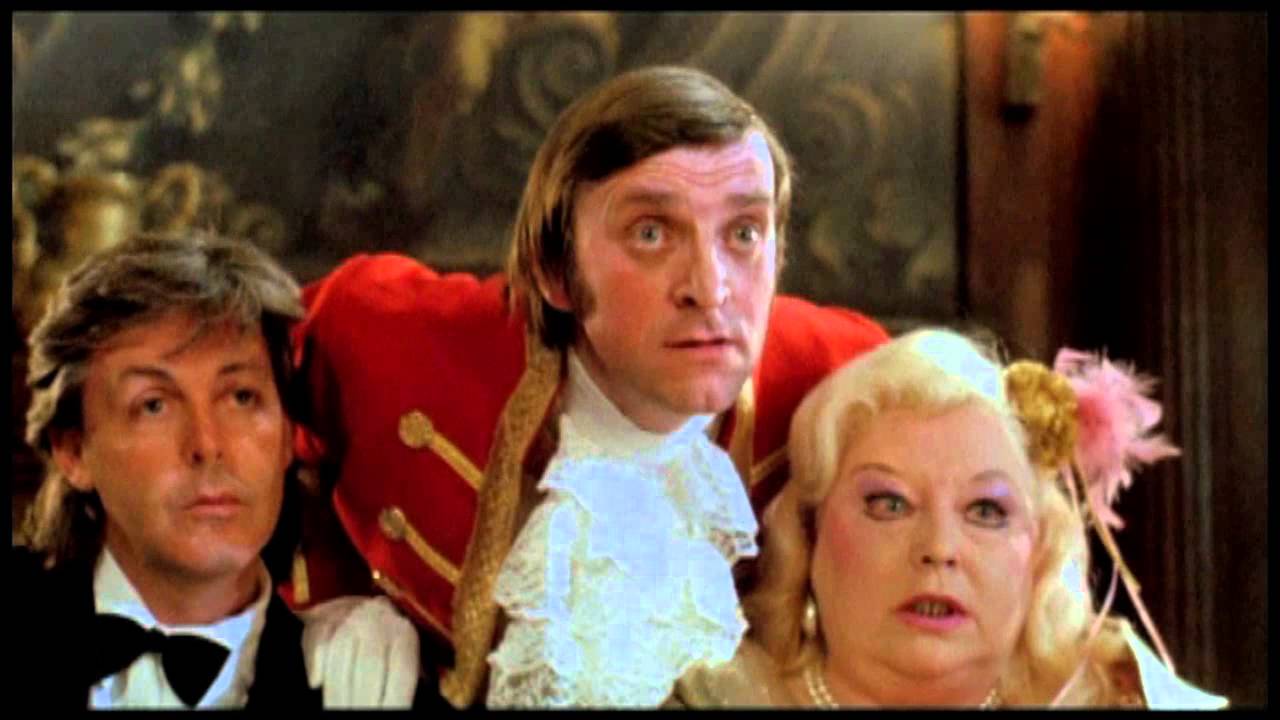 Peter Richardson’s biting political comedy tells the tale of a disgruntled, androgynous restaurant employee who begins a people’s revolution against the rich. His restaurant (Bastards) is a high-class London establishment that serves the rich and powerful.

This darkly satirical Comic Strip production features Paul McCartney (with then wife Linda) very sportingly popping up at the dinner table just long enough to be carted off, killed, cooked and finally served (along with his fellow wealthy diners) as dinner to the rich customers of a new restaurant, fittingly named Eat The Rich!

Largely forgotten, Eat The Rich is a humorous (and very angry) political satire set in Margaret Thatcher’s 80’s Britain. Few realise Macca was even in it, as he didn’t appear on the soundtrack (which was noisily supplied by fellow cameo stars Lemmy and Motorhead). 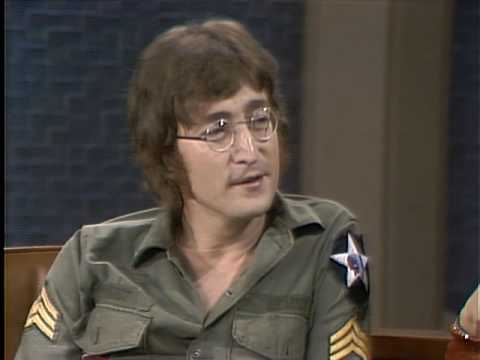 Death was no obstacle to John Lennon appearing in the huge cinematic hit of 1994, Forrest Gump. Forrest (played by Tom Hanks) appears with Lennon on the Dick Cavett Show. Lennon at the time (September, 1971) was in full political phase and appears dressed in a military jacket that he explained (on the real show) was given to him by a Vietnam vet.

During the interview with Lennon and Gump (Gump was just back from a table tennis tournament in China) the words are contrived to give the impression that John receives lyrical inspiration for his hit song Imagine from their answers to Cavett’s questioning ( In real life, Imagine was actually recorded months before this appearance).

To achieve the illusion, the real interview with Lennon (from the ‘71 episode of The Dick Cavett Show) was used for this scene. Tom Hanks was then digitally imposed on the footage (over Yoko Ono) while Lennon’s dialogue was (pretty unconvincingly) over-dubbed by a voice actor. Original host, Cavett, also appeared in suitably 70’s make up as his younger-self.