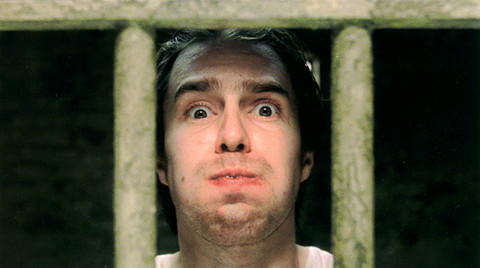 In most cases, an actor’s resume is a great indicator of overall skill level. A plethora of underwhelming b-movies or lackluster indie films usually point to a performer that has little more to offer audiences than a warm body that can capably recite lines on cue.

However, some actors seem to consistently go above and beyond their respective film histories, whether through innate charm or an ability to become whatever character they portraying with relative ease.

While these performers may never ascend to the lofty heights of verifiable stardom or have the honor of becoming household names, they routinely put in memorable and entertaining performances that render them the best thing about whatever movie they’re in.

Consider the opposite phenomenon; How many stars have received unbridled acclaim in film after film despite their inability to turn in a single authentic performance?

Although this can be a matter of aesthetics, many of the actors on this list do have the type of looks that Hollywood casting agents crave. Others are what could be euphemistically referred to as “character actors”, which makes them slightly harder to place in typical roles.

Perhaps it’s a matter of poor choices or a lack of ambition, or just being pigeonholed in certain parts and never being able to make the leap to more acclaimed or popular films.

Some might voluntarily forgo those roles that would bring them greater fame, and in this case you can only respect a person that would turn down notoriety in our increasingly celebrity-obsessed world. For whatever reason, the following actors truly have a lot more to offer than what their comprehensive film histories would seem to suggest.

Whether he’s playing an intergalactic villain (Man of Steel) or a PTSD-afflicted war vet (Bug), Michael Shannon has an ability to blend into virtually every role he inhabits.

This is in contrast to most notable actors these days, who often come prepared with an easily accessible bag of tricks in tow that ferry them through every role despite the specifics. Shannon, on the other hand, crafts each character he portrays from the ground up, which is an indication of a real dedication to the craft and process of acting.

He also employs subtlety more often than not, which can seem less interesting when contrasted with bombastic actors who think that great acting is primarily a function of volume and maniacal facial expressions. Even his portrayal of Elvis Presley was understated, virtually free of lip-curling (although there are plenty of karate moves).

Shannon also has the propensity for both serious and comedic roles, which one would think would render him a hotter commodity than he currently is. Consider that he got his start alongside Bill Murray in Groundhog Day (albeit in a miniscule role).

Despite his lack of popular appeal, Shannon’s career has received its fair share of critical acclaim, which may be more beneficial in the long run. 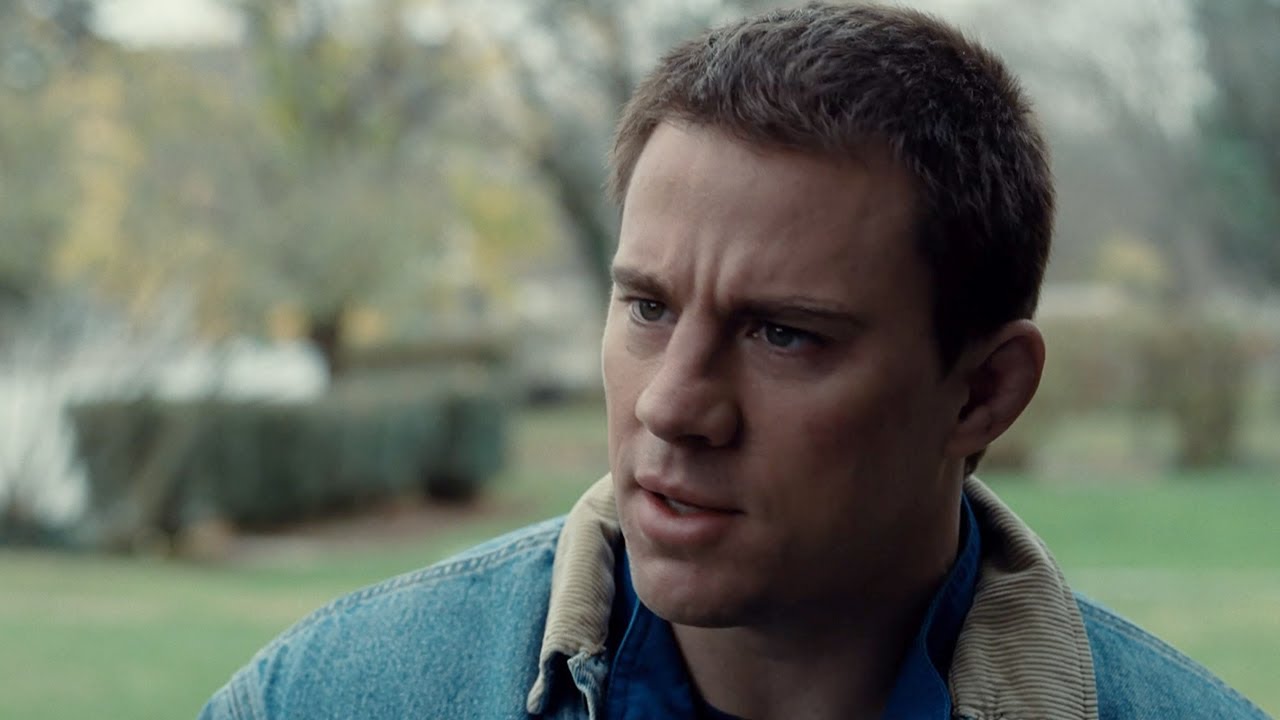 Channing Tatum has sort of an eclectic career that contains both works worthy of respect with a fair number of cinematic abortions.

Along with movies like G.I. Joe: Rise of the Cobra and Jupiter Ascending, Tatum has been included in a range of reputable films helmed by directors of note. The most obvious of this is Magic Mike, directed by Steven Soderbergh. In no way should this film have worked.

Male strippers are universally regarded as sleazy and very few people would be willing to sit through a film that centers on their hopes and dreams.

Despite this, the film is exceedingly entertaining, most of which can be attributed to Tatum’s performance. He is engaging beyond what many would regard as a put-on urban persona, and you find yourself rooting for him to achieve even though you would most likely go out of your way to avoid such types in real life.

He also does brooding well, as established Foxcatcher, an over-hyped and ultimately forgettable movie. In just the first few minutes Tatum quietly exhibits more inner turmoil than most actors could achieve in an entire film.

Guy Pearce is actor that can be relied upon to never turn in the same performance twice. While many of his movies have ultimately been forgettable, those that have made an impact on audiences retain a sort of cult status that can be attributed to his abilities as an actor.

He was a great counterpoint to the perpetually sulky Russell Crowe in L.A. Confidential and was perhaps the only person that could have pulled off the lead in Memento, an ambitious but ultimately muddled neo-noir film about the ravages of retrograde amnesia.

One of Pearce’s more notable achievements is his performance in Ravenous, which is in stark contrast to many of his other performances. Very few actors would be comfortable playing a character whose primary motivation is cowardice, yet this is exactly what Pearce does in his portrayal of an army Captain who has seemingly lost his nerve. 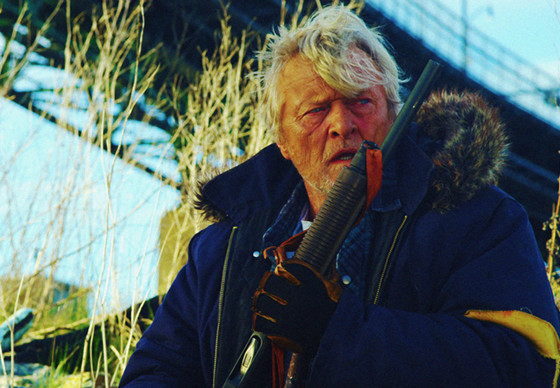 As an integral part of the venerable sci-fi classic Blade Runner, Rutger Hauer has cult cache that goes beyond his workload. Very few actors could have turned an inhumane killing machine into a receptacle of the audience’s sympathy. But that’s exactly what Hauer did in his portrayal of Roy Batty, whose “tears in the rain” speech remains one of the top moments in movie history.

In addition to his ability to play threatening villains, Hauer also has a great sense for comedic portrayals. This is expressed in a number of movies, from his turn as lead vampire in the film version of Buffy the Vampire Slayer to his role in Blind Fury, the story of a blinded Vietnam vet who was trained by expert swordsman in the art of war. Hobo with a Shotgun is the culmination of Hauer’s ability to combine humor with 80s inspired action-schlock, which is in high demand these days. 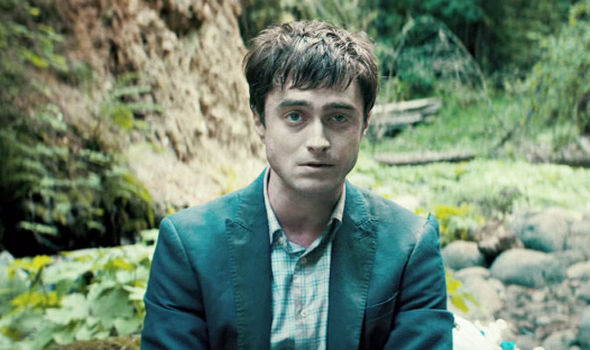 Best known for playing the role of Harry Potter in eight movies over the course of ten years, Daniel Radcliffe has made every attempt to distance himself from the iconic children’s character, including appearing nude onstage during a 2007 performance of Equus. Many of his film roles have shown similar heroism, albeit with varying degrees of success.

Radcliffe has earned a reputation turning in notable performances despite the overall quality of the film in question. This was particularly true of 2013’s Horns, adapted from a novel by Joe Hill. It’s universally agreed upon that Radcliffe’s performance was the best thing about Horns.

The film is schizophrenic in tone (is it comedy, horror, satire?), a touch too earnest, and without Radcliffe it would have most likely been released straight to VOD.

Despite taking roles in a slew of relatively forgettable films (including The Woman in Black, Kill Your Darlings, and Victor Frankenstein), Radcliffe’s latest turn in the inexplicable but accomplished Swiss Army Man seems to have solidified him as a genuine talent.