Sometimes with certain movies it can be more fun to root for the bad guys or to identify with antiheroes who behave in morally questionable ways.

Wish fulfillment escapism of this nature is pretty normal, most people’s nine-to-five is seldom as exciting as, say, being paid a king’s ransom to “kill the president of Paraguay with a fork.”

It’s no wonder that films featuring contract killers, hitmen, and assassins make for a delightful distraction, albeit a bloody one, and that the ones that stand out, transcend the action or thriller genre they exist in and become something more.

The list that follows earmarks the very best films of this variety but be warned: danger and excitement awaits, but at what terrible cost? 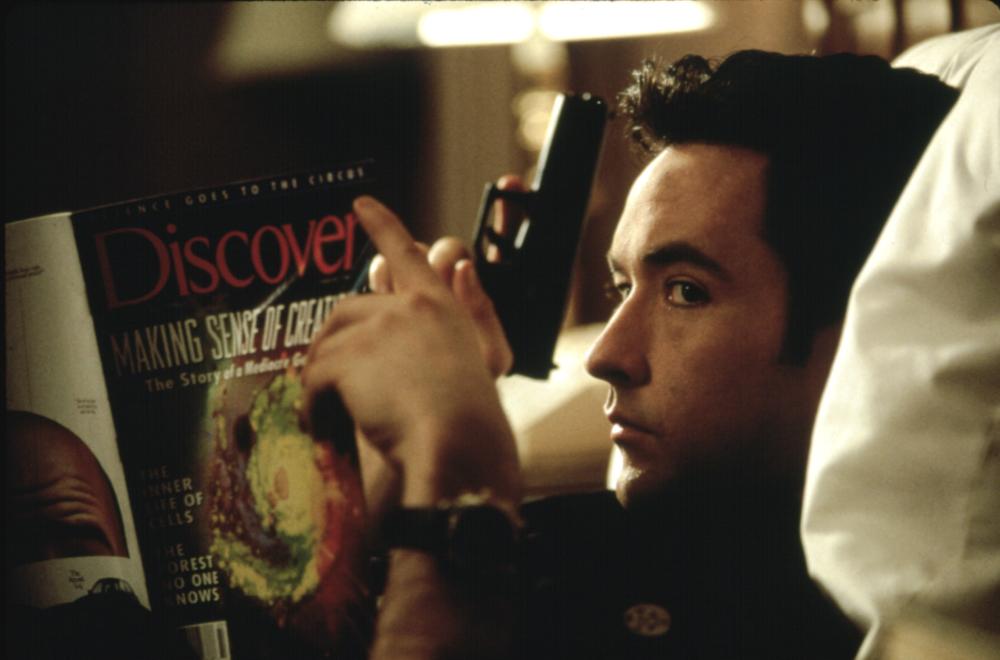 This breezy black comedy from George Armitage posits Martin Blank (John Cusack), a depressed hitman who goes home for his ten-year high-school reunion as an opportunity to lift his spirits, see an old flame (Minnie Driver), and rub out a bad guy while he’s at it. The results are engaging, decidedly droll, literally dead pan, and laugh-out-loud.

Particularly memorable is Alan Arkin’s turn as Dr. Oatman, Martin’s psychiatrist, who is more than a little stressed to regularly hold space for a mass murderer, suggesting to his patient: “Don’t kill anybody for a few days. See what it feels like.” A fun comedy and a good cool down for all the other intense films on this list.

Rian Johnson made his first sci-fi actioner with this time travelling crime thriller Looper. An all-star cast including Emily Blunt, Paul Dano, Joseph Gordon-Levitt, and Bruce Willis populate the film, which establishes that time travel is invented in 2074 but is immediately outlawed though is still used illegally by a crime syndicate.

These bad guys send people they want dead into the past where they are executed by the eponymous “loopers” –– hitmen who are in on the machinations of time travel. Joe (Gordon-Levitt) is such a looper who encounters an older version of himself (Willis) and from there the shit and the fan are fatefully assigned.

As convoluted as Looper occasionally finds itself, it is nevertheless a fist-pumping white knuckler with heaps of atmosphere and excitement, offering up many new wrinkles in the time-travel subgenre, complete with clever twists, dazzling temporal tricks, and a surprise finish.

Inventive and pulpy, Looper is a fascinating slice of speculative fiction that surely led to Johnson’s director chair for Star Wars: Episode VIII.

“Bruges is a shithole,” is the comic maxim in Martin McDonagh’s pitch black comedy In Bruges. An offbeat caper that focusses on two London-based Irish hitmen, Ken (Brendan Gleeson) and Ray (Colin Farrell), a perpetual misunderstood pair hiding out in the medieval town of Bruges after some mucky business went sour back home.

McDonagh’s sometimes savage sensibilities as a storyteller makes for a volatile mix of existential humor, Machiavellian tragedy, and an abundance of hilariously deployed f-bombs.

All signs indicate that In Bruges is amassing an appreciative cult following, and it certainly has a fair share of quotable quips (“You can’t sell horse tranquilizers to a midget!”), eccentric characters, and exciting set pieces. In Bruges is an impressive film you’d be sorry to miss.

Michael Mann is a master visualist and sensualist and his Los Angeles-set crime thriller Collateral takes his recurring theme of men at work under incredible pressure to its extreme. Buoyed by stylishly grainy nocturnal exteriors –– expertly lensed on high-definition digital by Dion Beebe –– Mann’s artistic ambition is tempered only by his layered visual language, at once subdued yet prominent, making for a top notch noir thriller.

Tom Cruise plays against type as Vincent, a hitman who hires a taxi for the evening driven by Max Durocher (Jamie Foxx). And while there’s an influx of clichés and some far-fetched contrivance to propel the story forward, it’s all forgivable considering the solid performances, emotive atmosphere, solid action set pieces, and Mann’s inventive and breathless direction. Collateral is worth the cost. 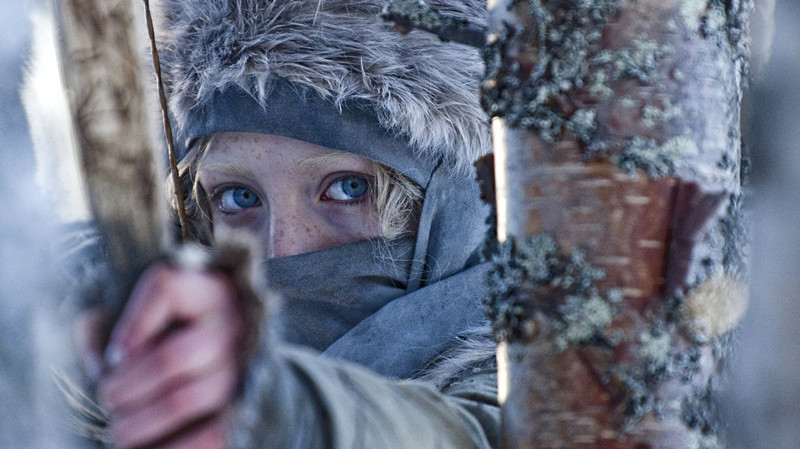 Saoirse Ronan followed up her breakout performance in Atonement with the titular role of Hanna, Joe Wright’s fast-paced action-fantasy hybrid. As Hanna Heller, Ronan is a bright young lass raised in the wilds of northern Finland by her father, Erik (Eric Bana), an ex-CIA operative who has been training his daughter to be a badass assassin.

Throw in a scenery-chewin’ Cate Blanchett as one Marissa Wiegler, a senior CIA agent/super villain and a pulse-pounding OST from the Chemical Brothers and the resulting revenge thriller packs one heck of a wallop.

While Hanna has some similarities to the Bourne-franchise it still succeeds as a stylish actioner, and its often preposterous plotline is believable due to Ronan’s spirited turn as a 16-year-old assassin wrapped up in a Technicolor nightmare. The cool blue visuals add to the excitement in what adds up to a slickly stylized popcorn picture. 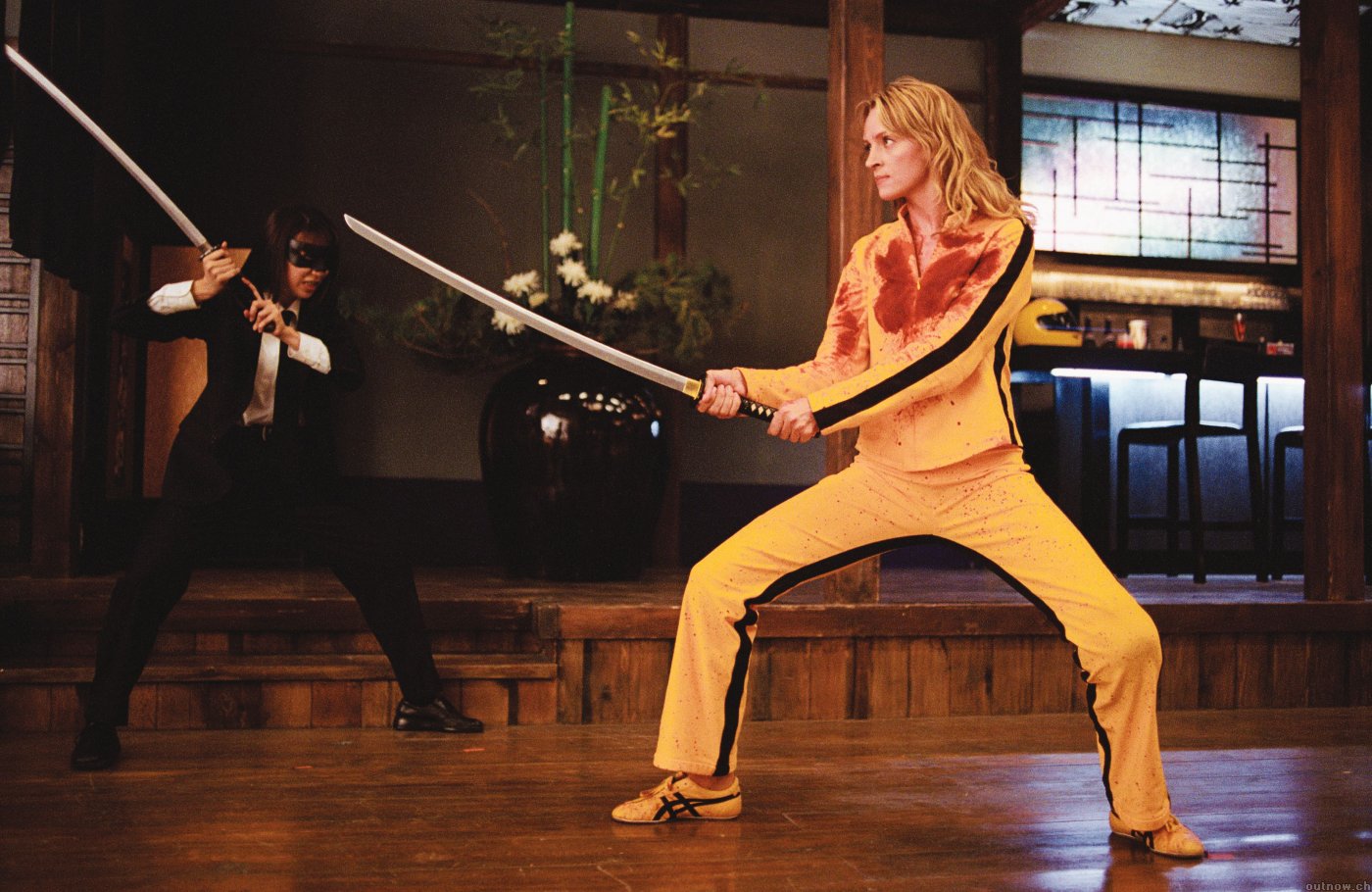 Fun? Well, the gleeful nihilism with which the Bride, a former assassin, seeks bloody revenge on those who wronged her at the altar, is a wildly inventive and relentless affair. Sure, some of the ensuing mayhem is off-putting, but the fight choreography, endless pop culture references, action set pieces, and revenge fantasy role play is hard to resist.

Admittedly adolescent, OTT, and affectionate to all the schlock it celebrates, Kill Bill warrants wide appeal to all but the squeamish and the prudes. For everyone else, this is Tarantino at his most reinvigorating, teeth-gnashing, and samurai sword swingin’.

As Budd (Michael Madsen, with all the charm of a rattlesnake) remarks, “That woman deserves her revenge and we deserve to die.” And die they do.

Reprising his role as the peerless assassin Golgo 13, martial arts legend Sonny Chiba is a force of nature in this wild, wicked, action-packed Manga adaptation from director Yukio Noda.

Chiba is in familiar territory here –– this is the second time he played the Taiko Saita manga character, after Golgo 13 (1973) –– revisiting the calculating, cold killer for hire routine he does so well. Here he’s on the side of a US drug syndicate out to take down Hong Kong’s underworld kingpin and no rogue cop (Etsuko Shihomi) will get in his way.

Arguably, Golgo 13: Assignment Kowloon may have limited appeal to mainstream Western audiences who may find that it plays out like a Bond film on a low budget, but Chiba’s performance and martial arts mastery is the real draw here (but also note if you want to see Chiba’s finest work, 1974’s The Street Fighter is where to go).

The script is pretty inconsequential, the action scenes are the main draw and the score from Harumi Ibe is pretty amazing, too. If you need a HK crime fix with surplus action and all the ingredients of a 70s cultural artifact, this is time well spent. 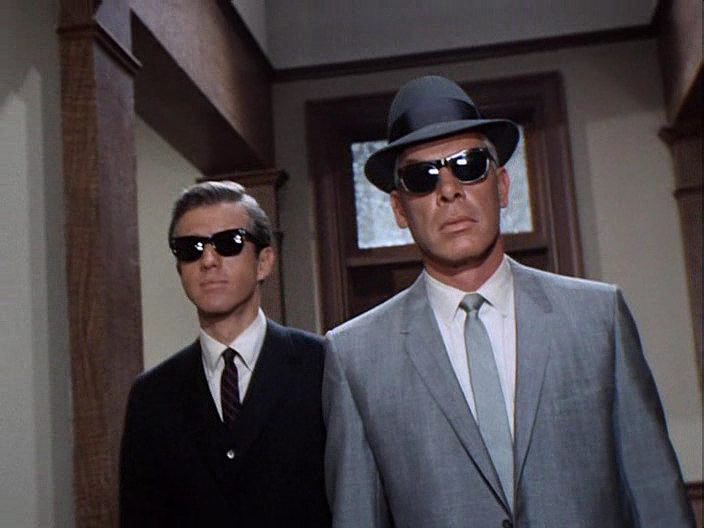 When the steely-eyed professional killer named Lee (Clu Gulager) matter-of-factly flips aside his jacket to show his gun, it’s one of those cinematic moments you never shake.

Don Siegel’s The Killers is the second films to be adapted from Ernest Hemingway’s pulpy short story of the same name (Robert Siodmak made an earlier version in 1946 with Ava Gardner and Burt Lancaster), and it’s an enjoyable cult classic featuring star turns from the aforementioned Gulager, lead hitman Lee Marvin, Angie Dickinson, John Cassavetes, and Ronald Reagan (in his last role before going into politics).

A neo-noir with familiar shades of robbery, betrayal, and machismo, it’s a great ensemble piece with allure and B-movie charm. The mounting tension and simmering violence of The Killers seems to anticipate Siegel’s Dirty Harry (1971), and while the trajectory of the antiheroes in this film may be easy to anticipate, it’s a devilish delight to watch their undoing.