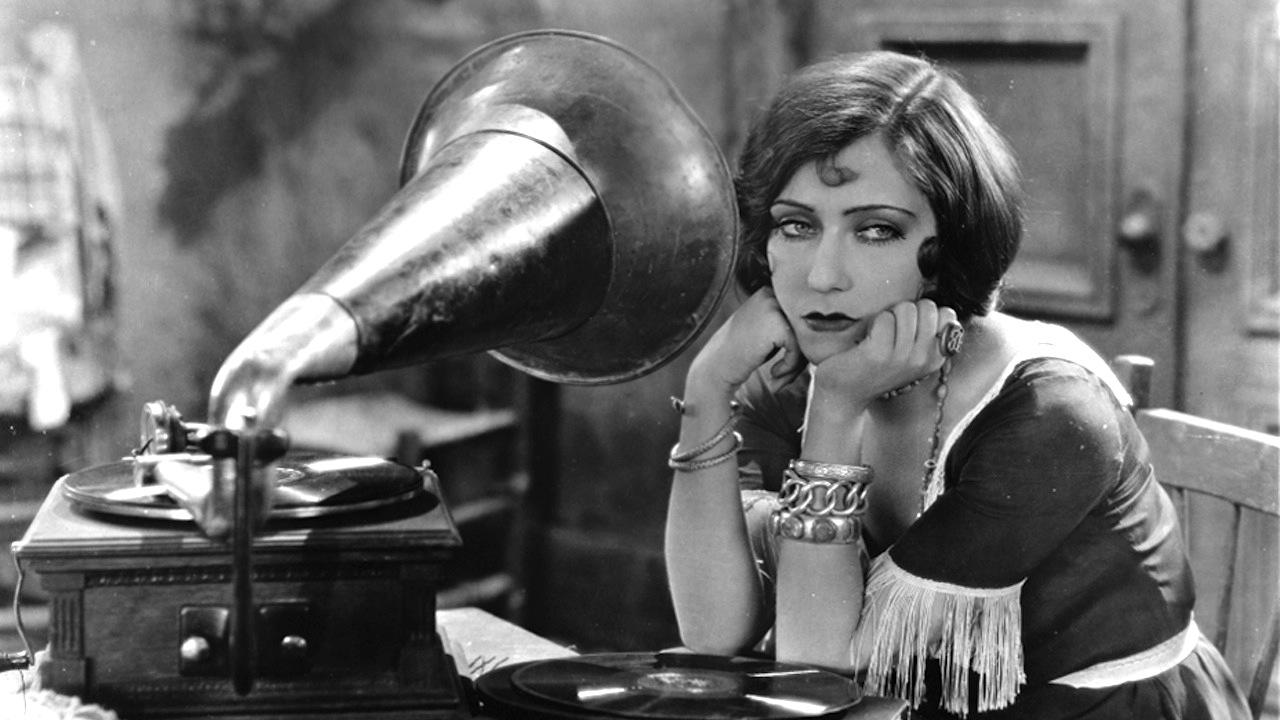 Gloria Swanson received her first of three Oscar nominations as Best Actress for her work as Sadie Thompson, a prostitute who becomes the object of attention of a religious fanatic.

The role would be reprised by two legendary names, first Joan Crawford in 1932’s Rain and then Rita Hayworth in 1953’s Miss Sadie Thompson. Both actresses gave solid performances, but Swanson’s Sadie arguably remains the best of the lot. She is thoroughly fascinating and, at times, so overcome by the intensity of her own acting, one can easily notice strong swearing coming from her lips.

Lionel Barrymore is his usual excellent self as the parson, but this is as much Gloria’s film as Sunset Blvd., an incontestable proof that her talent went way beyond the iconic Norma Desmond.

In comedy-master Harold Lloyd’s most famous film, he plays a store clerk trying to convince his girlfriend (played by real-life wife Mildred Davis) he’s the general manager of the business.

The final gag, the climbing of the store’s facade, is probably the single most iconic stunt of the Silent Film era. A significant feat for Llyod, who seems underrated as a comic genius, in comparison with the likes of Keaton and Chaplin. As the ‘human-fly’ he will have you, at the same time, laughing your head off and clinging to the edge of your seat with anxiety.

Nevertheless, the rest of the film is quite remarkable on its own. It offers countless more funny moments and a carefully constructed tale about the American myth of success. All things considered, Safety Last! probably gives the best thrills of all 1920’s comedies. 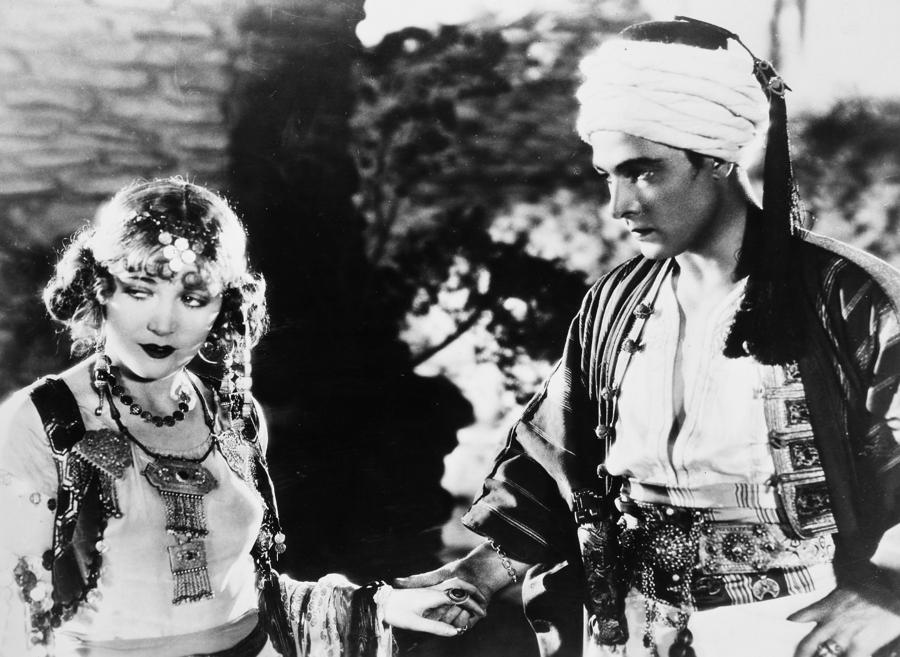 The Son of the Sheik is a rare case when it comes to sequels, seeing it outshines its predecessor in almost every way. Rudolph Valentino appears in a dual role, playing the original Sheik, now an older and wiser man, and his impetuous son, Ahmed. The screen-legend shows true acting-skills gravitating between the romantic young lead and his aged father in an effortless fashion.

Besides the obvious appeal of its legendary leading-star, the film also offers great battle sequences, exotic desert sets and a classic tale of danger and romance. The final result is an exemplary adventure flick, as entertaining today as it must have been almost 80 years ago. 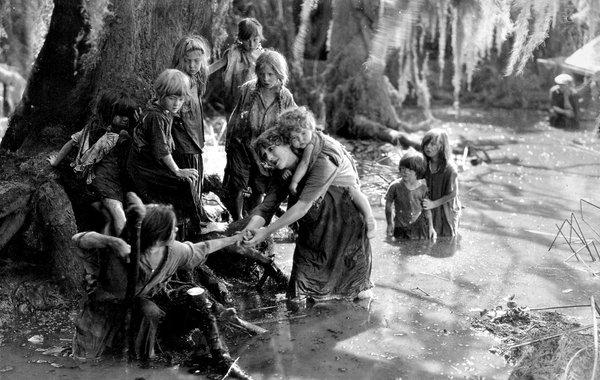 America’s original sweetheart, Mary Pickford, found renown playing little girls who were often mistreated by vicious adults. In 1926, a 34 year-old Pickford starred in her final child role and it was perhaps the best of them all.

She plays a brave orphan, the oldest in a baby farm, in charge of the defenseless younger children, who are practically enslaved at the hands of their master. The title is a biblical reference and the film relies heavily on a touching religious metaphor.

German actor Gustav von Seyffertitz is pure evil as the villainous Mr. Grimes, who plans to get rid of the gang by throwing them in the surrounding swamp full of alligators. Sparrows is an all around outstanding thriller and a referential Kid adventure flick.

25. The Student Prince in Old Heidelberg 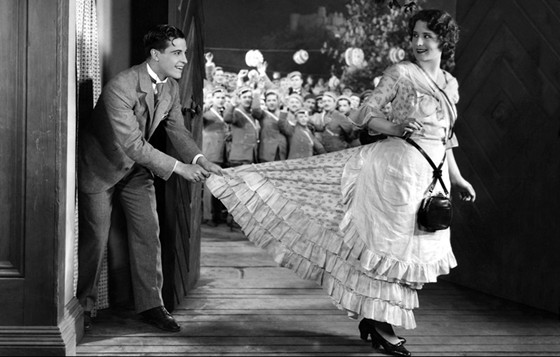 Released from his royal obligations, an Austrian prince travels to the university town of Heidelberg, where he meets and falls in love with a lovely barmaid.

This simple, yet zealously recounted, love story is an early example of the brilliance of director Ernst Lubtisch. He adds carefully-dosed touches of sarcasm to the lyrical tale, preventing the sentimentality to become overstated, without taking away from its heartbreaking romanticism.

Ramon Novarro and Norma Shearer make a picture-perfect couple as the doomed lovers and, in addition, the film also carries the MGM logo – which, at the time, was already synonymous with high production values and quality pictures.

One of the major winners of the very first Academy Awards, Sunrise is vastly considered one of the finest films ever made. The story introduces a couple of farmers whose marriage is threatened by the presence of a vile “woman from the city”.

A 21-year-old Janet Gaynor plays the wife in a believable and touching way. She has to express a wild range of emotions – from strong fear when her husband attempts to murder her to ultimate pity and forgiveness – She is wonderful and her Oscar was justly awarded, but the undisputed highlight of the feature is its legendary cinematography. In a time of limited camera capabilities, Murnau finds ways to keep the shots interesting and active while the couple slowly rediscovers their love for each other.

Silent-Film’s ultimate hero, Douglas Fairbanks, play’s the title’s thief, who avidly competes with a Mongol ruler for the love of a gorgeous princess. The formula might be as old as Cinema itself, but the magical atmosphere and the spectacular visuals director Raoul Walsh created make for a completely unique and timeless piece of art.

The special effects, from pre-CGI days, still work remarkably well, but they are almost eclipsed by the eye-popping production design. The sets are as extravagant as they come, and they could very well had been taken out of a Griffith epic. An ambitious film for its time, The Thief of Bagdad also owns a good part of its success to Fairbanks, who at 41, is as dashing and energetic on screen as he was on his early career. 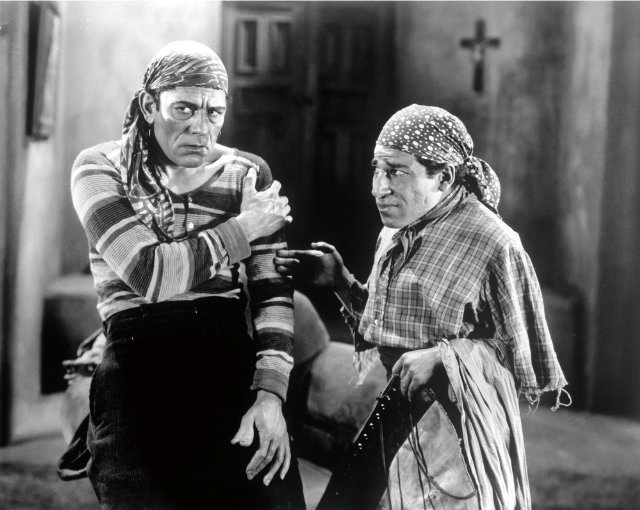 Reported as lost for years, until, in 1968, a print was found at the Cinémathèque Française, The Unknown is quite possibly Tod Browning’s best collaboration with Lon Chaney. As in many of the famed director’s films, the story is a twisted melodrama with some grotesque elements, but hardly enough to call it a horror film.

Alonzo ( Lon Chaney) is a an armless runaway criminal disguising himself as a circus performer. His act consists of throwing knives with his feet around Nanon ( played by Joan Crawford), a young girl who he seeks to have for himself.

As usual, Chaney is completely entrancing causing both fear and pity on the viewer. Crawford is your typical Silent-film ingénue, but she plays the part beautifully. All things considered, Browning manages to tell a complex story in a short runtime, a creepy tale that leaves nothing to be desired in comparison with his bizarre masterpiece Freaks. 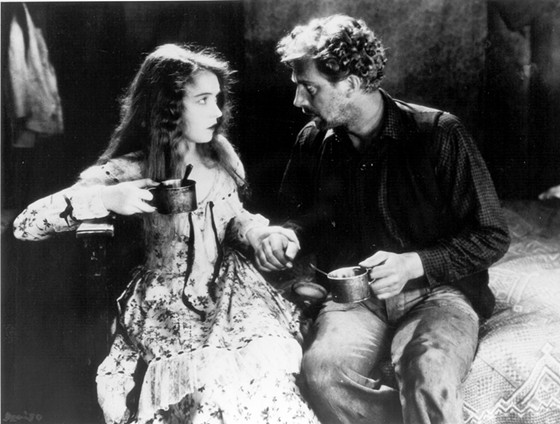 Iconic silent actress Lillian Gish gives one her most impressive performances under the direction of Swedish filmmaker Victor Sjostrom. The film has a nebulous plot about a girl named Letty (Gish) who moves in with her Texan cousins, but feels rejected and isolated. She is then forced to accept a marriage proposal from a man she barely knows, and her internal turmoil finds resonance in the constant wind of the untamed plains.

Clearly giving preference to atmosphere over plot, Sjostrom’s involving camerawork creates a universe ruled by the wild force of nature. The strong and ceaseless wind is so overwhelming one can almost feel it, to the point that it becomes easier to understand Letty’s slow spiral into madness. Have been made in 1928, The Wind is Silent-Film at its most mature and expressive form. 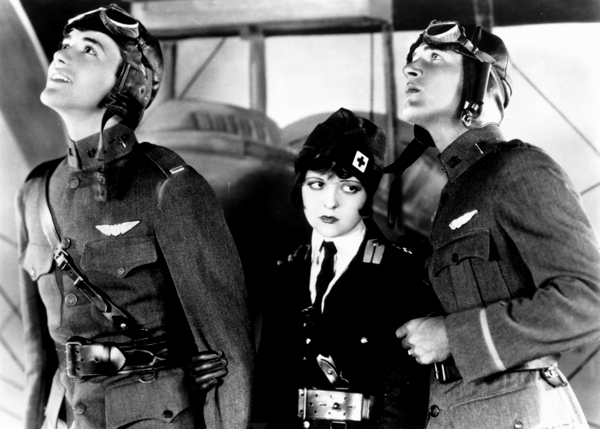 Famous for sharing the first Best Picture Oscar with Murnau’s Sunrise, Wings was Hollywood’s first War film spectacle. It stars Buddy Rogers and Richard Arlen as two WWI pilots, who compete for the love of the same woman ( Clara Bow), but inevitably develop a brotherly bond while fighting side by side.

William Wellman supplies some solid directing and the anti-war assertion is quite efficient and moving. The camera work is phenomenal and the aerial shots are a sight to behold that more than rival the ones in Howard Hughes’ celebrated Hell’s Angels.

In the long run, Wings is a powerful statement on the brutality of war and its specially harming effect on young people. It remains impressively effective and potent to this day.