People often get offended when you call their favorite movies “overrated” due to the huge misconception regarding the word. The word is unjustly associated with something being totally unworthy of praise while it totally is not the case. The term overrated simply means that something gets more praise than it deserves. It doesn’t negate the fact that it could in fact, be good.

Everybody should watch the movies on the list below because none of them are “bad” and they are all worth it. They are all critically acclaimed and rightfully so. The problem is that they are a little more acclaimed then they should or deserve to be. Why does that happen? That is a discussion for another day. But to simply lay it out, some works of art just come at the right time or have critics riled up behind it to form a case of groupthink. But at the end of the day, art is all subjective.

However, we all have these moments where you hear the praise a movie is getting, you feel and you can’t wait to watch it. And as soon as the movie ends, you are left with a lot more to be desired. 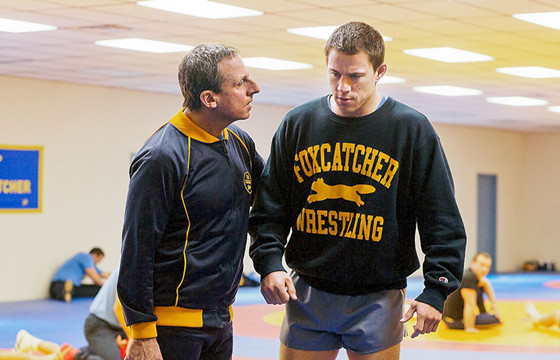 What is it about: Foxcatcher is a Crime Drama based on true events directed by Bennet Miller ( director of Moneyball), starring Channing Tatum, Steve Carell and Mark Ruffalo.

Faxcatcher tells the story of Mark Schultz, an American wrestler who is offered to join the team of John Du Pont, an eccentric multi-millionaire wannabe coach eager to impress his mother, to train for the 1988 Olympics. Surrounded by poverty and loneliness Mark decides to accept the offer and gets drawn into a ruinous and bizarre friendship with Du Pont to a point where his downfall is inevitable.

Why is it overrated: The main reason the movie has gotten such good reviews and lots award nominations is the acting, especially Carrel stepping off his comfort zone to deliver the role of his lifetime. And rightfully so because the acting is indeed spectacular. The plot on the other hand lacks clarity and the movie just gets confusing and slow paced after a good and promising start. The audience is left waiting for a peak that never seems to come due to lack of depth of the characters.

The director seems more like a captain who has lost his compass and near the ending it seems more like some scenes were lost during the editing process. It uncertain of why the story has taken such unexpected turns and without explanation. Wrestling is one of the manliest sports out there but in this movie, the men are missing. 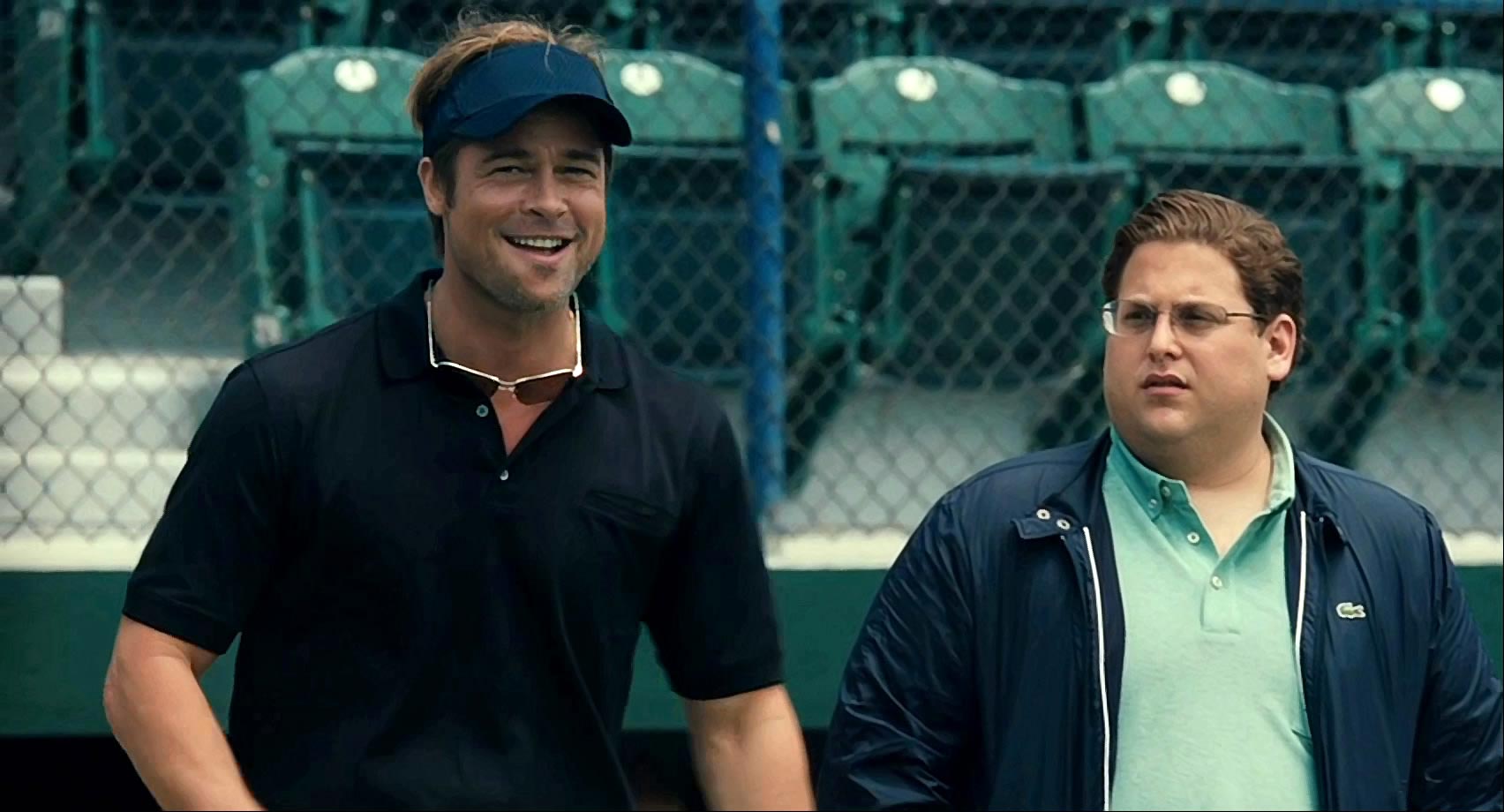 What is it about: Moneyball tells the story of Billy Beane ( Brad Pitt ), the general manager of the baseball team Oakland A’s and his quest to form a group of good and affordable players to fight for the World Series. It is the story of an underdog that we all like so much, that teams up with some very interesting characters to do a job nobody would think he could do.

Why is it overrated: You have to do something very special to make a movie about baseball interesting, because, you know, it’s baseball. And this movie just doesn’t. It fails to do what it is meant to do, which is inspire you. There are many good aspects about this movie, the plot is promising but it gets caught up in Beane’s past and personal drama. The performances are not memorable (does anybody remember that Phillip Seimour Hoffmann was in this movie?)

It is a movie that had so much juice but no power to squeeze it off the merit of the characters alone. And the performance of Pitt wasn’t even that impressive. But of course, he got an Academy Award nomination. However, he didn’t win. Thankfully. You can do much better Brad! 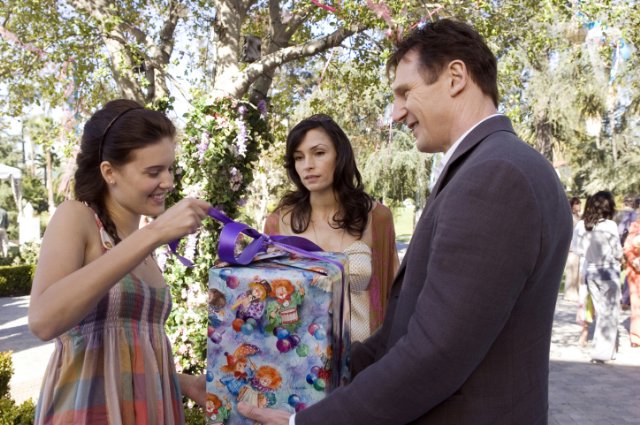 What is it about: A former CIA operative played by Liam Neeson flies off to Europe to save his daughter who got kidnapped by a gang involved in human trafficking.

Why is it overrated: By most people, Neeson is not going to be remembered for his remarkable roles on Shindler’s List(1993), Michael Collins(1996) or Kinsey(2004), instead for this lackluster cheesy action movie. Ironically enough, the last good role he did was a decade ago, he started off great before turning into the Harrison Ford of the 00’s with only accepting roles of cheap action heroes.

At least he’s getting paid, right? Sure the editing is nice, and sure the special effects are too. What else is good? The acting, besides Neeson (who had a relatively easy job), is amateurish and the script is extremely basic and shallow that an eight year old could have written it. It is a mix of those 80’s Chuck Norris movies and Nico. And yet to the action thriller audience, it is considered a contemporary classic. This shows the lack of good action thrillers nowadays, and Taken is the front cover of the drought.

What is it about: Gravity is a thriller/drama of a medical engineer on her first shuttle mission and an astronaut who go to space for a routine space walk. Something goes wrong (imagine that!) and they are left fighting for their survival in the endless dark terror of space.

Why is it overrated: It has become a cliché nowadays that if you have a basic plot, two top name actors and a lot of money to invest in special effects you get a top notch movie for the whole family. And the trailer gives away the premise of the movie and the book can be judged by its cover here. Is it impressive? Other than the graphics, not so much.

The script is average so is the acting of Sandra Bullock. Gravity fails to attract you the right way. Gravity has laws but art doesn’t. They could have done a much better job with what they had at hand using all those great effects.

What is it about: 12 Years A Slave tells the sad story of Chiwetel Ejiofor, a black family man living in New Your who gets kidnapped and sent to New Orleans to work at a plantation. His life gets turned upside down from a free man to a slave that has to fight for his life.

Why is it overrated: Because, it just wasn’t the best film of 2014. Movies like: Dallas Buyers Club, Her, or even Nebraska were more original and better made. Because of its touchy subject matter, in the times that we live in, many people would have it hard to criticize it and that is mirrored even by the appearance of Samuel Bass (Brad Pitt), a character who should remind us that not all white people were cruel and heartless.

People call it the “Schindler’s List” of our time. Well, as opposed to Schindler’s List, this movie is nowhere near the mastery and delicacy Steven Spielberg used to make his tribute to the holocaust. There’s too much violence and less art.