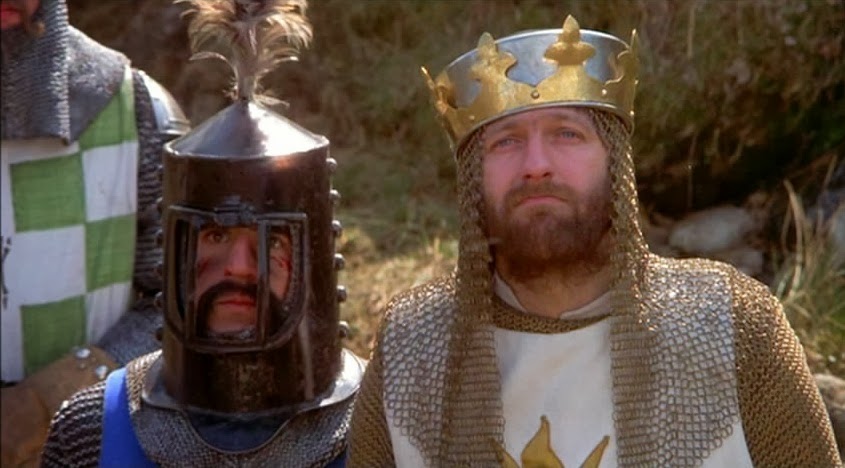 The late 1960s and the entire 1970s were an era in cinema where Hollywood seemed to reign supreme. Dominating the box offices with layered and artistic efforts that ultimately gave way to the blockbuster, forever changing cinema. However, while Hollywood found its second wind, the world kept turning.

Amid the Cold War clashes between the First and Second World, the Third World rose up in conflict as a result with the Vietnam War and international relations seemed strained. Many countries turned to literature of the past and began making films that mirrored different times under the newer harsher circumstances.

During this era, world cinema artists produced fantastic films that were sometimes overshadowed by the efforts of New Hollywood. Some of the influences on New Hollywood began to take a page from their American disciples and referenced those they influenced. Some veterans kept at it, refining their style or changing it completely to reflect the times they were living in. More new waves began popping up while older waves faded into film history.

International discourse began infusing itself into action cinema, making the genre about more than just violent adventures. Even violence found itself in a highly poetic light in many films from around the world.

Here are a series of films from all over the southern and southeastern hemispheres that helped continue to inspire, inform, and invigorate the cinema during the New Hollywood era from the First, Second, and Third worlds.

* A note: For lack of sounding obtuse, there is no mention of Indian films on this list, as Indian cinema is a relatively unfamiliar field to me and despite the best intentions to represent as many countries as possible, the knowledge in this particular area is limited. 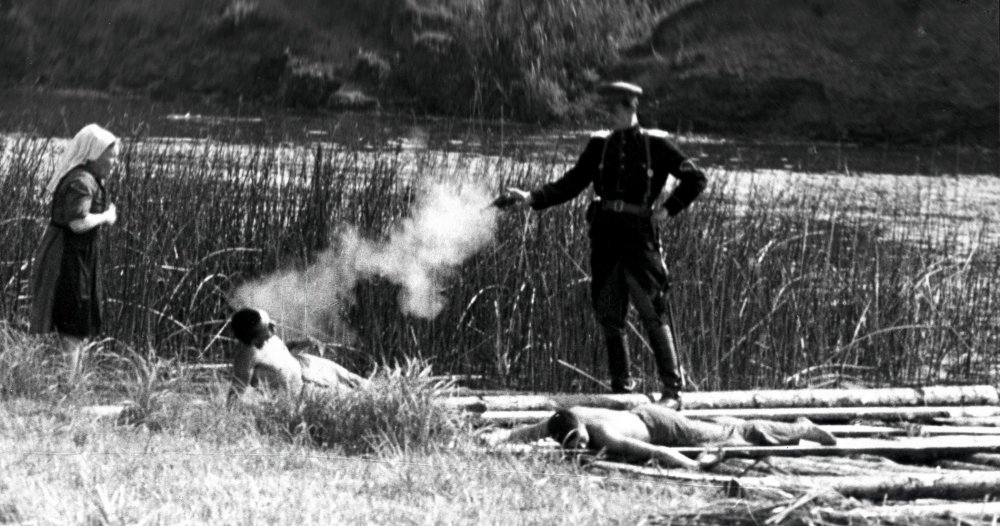 A startling war film and a scathing critique of violence, Miklos Janscó’s The Red and the White hardly glorifies any victorious side of the Russian Civil War. Featuring barbaric deeds on both sides, The Red and the White makes war faceless, showing death from afar or behind walls, and without many central characters. A fitting metaphor for war itself.

Taking place in 1919, the film explores loyalty and commitment to a cause, one instantly relatable to Hungarian sentiments at the time. Although made for a Soviet industry, Janscó’s film contains images reminiscent of the Montage-era films (mainly in its confusing delivery), yet with a completely different spin on the filmmaking process. Janscó shirks typical Revolutionary formula and instead focuses on the cruelty involved in the Civil War that claimed many lives between the Communist Reds and the Tsarist Whites.

Revolutionary in storytelling and cinematography, the film set the stage for anti-war films that did not follow war film conventions, especially in the following years where the Vietnam War became the first journalistic war, leading to many American anti-war films that sometimes followed this model. 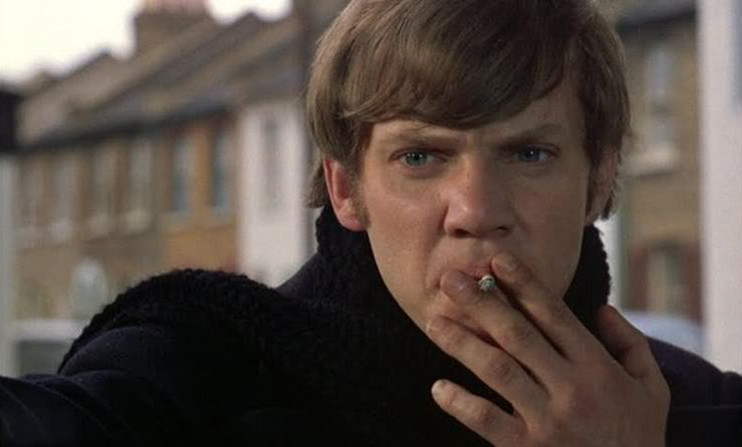 Coming in at just the right year for the political statement it was making, Lindsay Anderson’s controversial film encapsulated the teenage angst that brought Paris to shreds in 1968 and eventually sent shockwaves through the world in the form of Woodstock in the U.S. and various other protests and forms of rebellion around the world.

Set in a British boarding school in the late-1960s, the film stars Malcolm McDowell as Mick Travis. In a role that some consider an excellent precursor to his eventual A Clockwork Orange stardom, Mick embodies the hatred of authority and individualistic nature of adolescence of the time with his two friends Wallace and Johnny.

Together they endure punishment at the hands of the quartermasters, bullying from the older students, and general sadistic behavior on the part of Britain’s supposed flawless institutionalized structures.

Much like Kubrick’s 1971 A Clockwork Orange, the film features a romp outside the schoolyard with drinking, reckless behavior which ultimately degenerates into an unspeakable violence that mimics the anger of the time and the cynicism that would eventually follow. 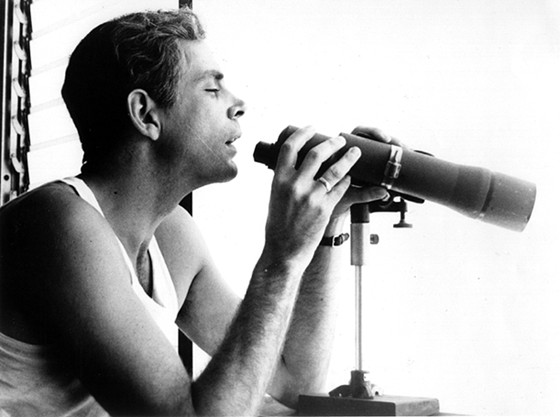 Happening in the same decade as the Latin America “Boom” of literature, Tomás Gutiérrez Alea’s pseudo-documentary about his home country is a great example of the thunderous voice Latin American literature had at the time, depicting dissatisfaction, confusion, and backhanded liberties under dictatorship after dictatorship. Shot in Cassavetes-like style, the film juggles cinema vérité styles with Eisensteinian montage in order to tell its story.

Made for Cuba’s international film society (ICAIC; which Alea helped found), Memories of Underdevelopment follows Sergio, a writer living in post-Revolution Havana who, after sending his ex-wife and parents to Miami in one of Cuba’s mass exoduses, tries to write a memoir about life after the Revolution in the midst of the Cuban Missile Crisis.

Over the course of the film, he explores the feelings of disappointment that are linked with the unbreakable patriotism of the Cuban people which makes for tragic yet beautiful storytelling. Eventually meeting a woman who accuses him of rape, the film blurs the lines of documentary and fiction as well as how we see Sergio as a redeemable tragic figure.

A leader in one of many Latin American cinematic movements such as Third Cinema, Imperfect Cinema, and Cine Libre, Memories of Underdevelopment is an underseen masterpiece showing the harsh realities of revolutionary aftermath. 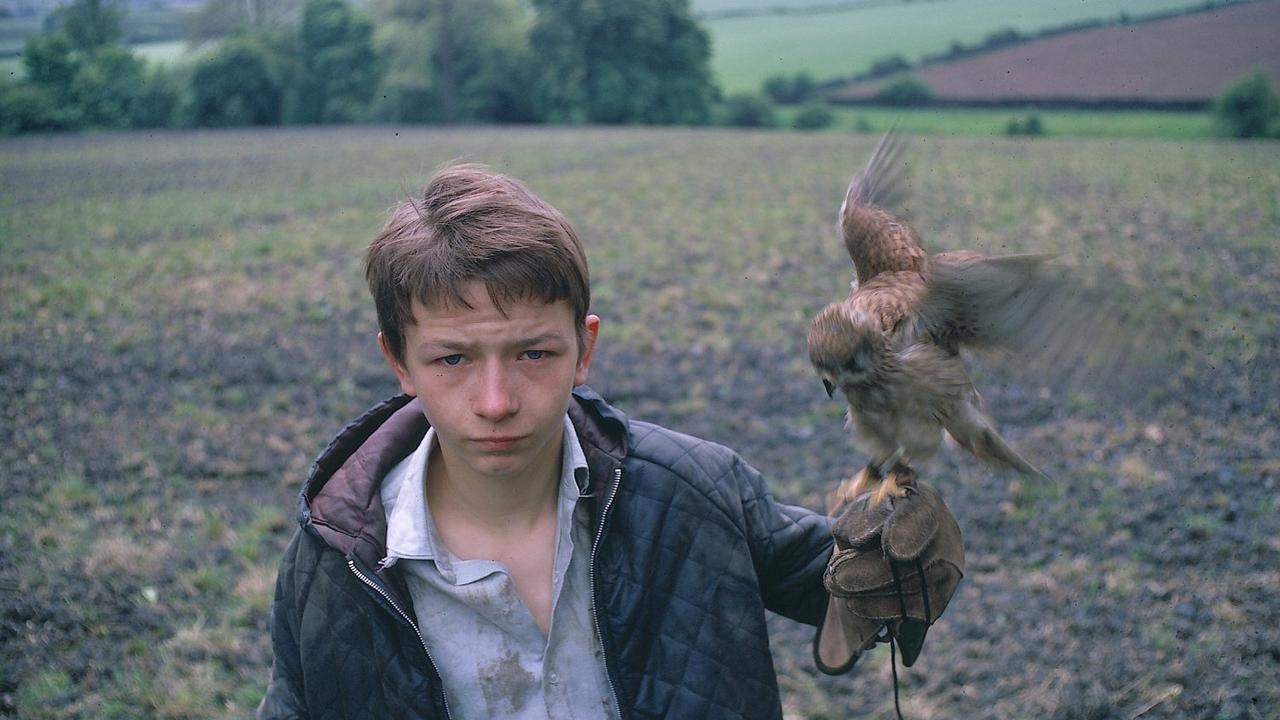 Rounding up the end of the British New Wave of cinema came a film with similarities to Lindsay Anderson’s If…. (which came out the previous year). However, Ken Loach’s second cinematic directorial effort delved deeper into the youth aspect among broken families as well as boarding schools.

Focused on the life of one particular child, Kes tells a story of struggle, intimidation, hope and dedication through the eyes of Billy Caspar (played by David Bradley in his first-ever role). A social outcast at school with a past history of recklessness, the film follows Billy both at home and at school.

A true exploring character relationships, Billy undergoes abuse at home by his older brother, hardly ever sees his mother, and is subject to much criticism and unfair treatment at school. His only means of hope and sure sign of his dedication comes in the guise of a baby falcon which he adopts as his own, training it for hours on end, gaining recognition from his peers in the process.

Despite the flowery nature of Billy’s relationship with the bird, the film tells a heartbreaking story simply about coming of age in dire situations. Much like Truffaut’s 400 Blows, Billy leaves us ambiguously hanging by the film’s end and it is up to us to decide what the ultimate outcome is. Featuring great photography of working-class life (much akin to British New Wave cinema) as well as claustrophobic school life, Kes is truly one of those stand out films of the era. 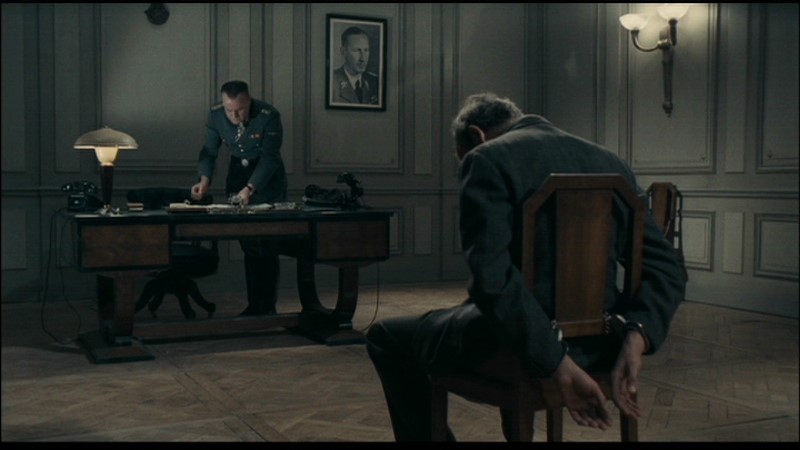 After a string of successful crime capers (most notably the influential Le Samouraï in 1967), Jean-Pierre Melville undertook his most personal work ever made with Army of Shadows, a depressing, at times horrifying look into a small band of French Resistance fighters who operate and undertake clandestine operations against the Nazi-backed Vichy government.

While this film flopped upon its initial release due to supposed glorification of Charles De Gaulle amid post-May ’68 fury, the film found a second life decades later as a true highlight of Melville’s astonishing career.

Starring Melville favorites Lino Ventura and Paul Meurisse, along with top notch performances by Simone Signoret and Jean-Pierre Cassel, Army of Shadows completely deromanticizes the French Resistance way of life, rather than focusing on the action, but instead portraying a guerrilla lifestyle, the bleak locations, horrible killings, and general hopelessness give this film an added weight.

Made around the same time as American requiems like The Wild Bunch and Butch Cassidy and the Sundance Kid, Army of Shadows refuses to pull punches with its startling descent into moral ambiguity. 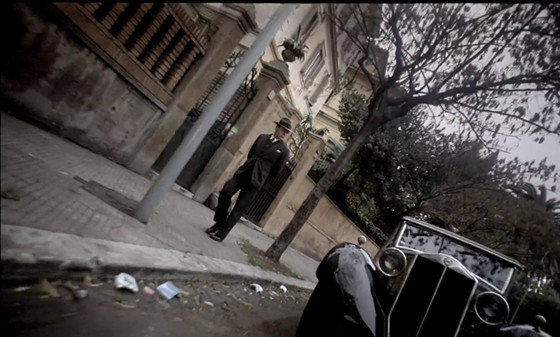 Following a successful stint in the postwar decades with Italian Neorealism, many Italian films relied on the meditative formula of long takes, near silence, and unpredictability to work their magic. In the 60s, things got more experimental, with strong emphasis on poeticism. At the age of 30, filmmaker Bernardo Bertolucci managed to infuse the neorealist style with that same experimental poeticism in his examination of Italian Fascism.

Set in the Fascist era and told mainly through flashbacks, The Conformist tells the story of Marcello (Jean-Louis Trintignant) a bureaucrat offered to assassinate his former mentor in Paris for Mussolini’s secret police. What follows are a series of events that reflect the mindset of a conflicted individual with some heavy emotional and psychological baggage where the ultimate result is a bizarre sense of “normalcy.”

While many Italian cinematic heavyweights focused on Italy’s relationship with Fascism in the 70s, none matched the experimental flavor of Bertolucci’s slow-moving and highly effective thriller portraying a nearly feature-length chase scene layered with memories, confessions, desires, and ultimately violence.

Years in the making, King Hu’s masterpiece A Touch of Zen is the definitive film in a national genre of action and period cinema. The famed Chinese wuxia pian film demonstrated various traits in martial arts and sword films unique to the genre which was perfected in this three-hour-plus film that is equal parts action epic and folk tale.

Highly influential and often imitated (such as Ang Lee’s Crouching Tiger, Hidden Dragon [2000] and most of Zhang Yimou’s period films), A Touch of Zen left its indelible mark on action cinema. 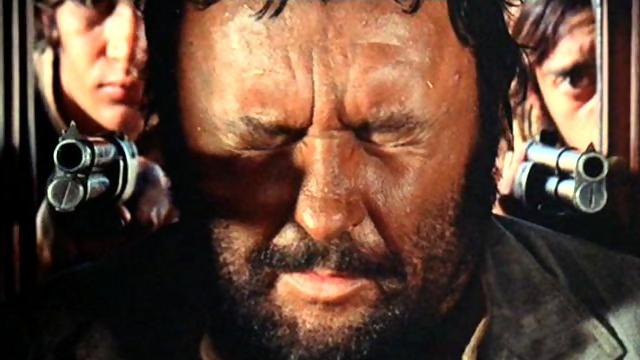 A man who hardly needs an introduction, Sergio Leone took the action cinema world by storm in the 1960s with his part in the invention of the Spaghetti Western with his “Dollars Trilogy” (1964-66) followed by the seminal Once Upon a Time in the West in 1968.

However, his final Spaghetti Western aptly titled Giù la testa, coglione! (literally, “Duck Your Head, Asshole!”) is an unspoken masterpiece. Featuring the same grit and violence from his earlier films, Duck, You Sucker! actually is Leone’s most heartfelt film showing the underside of prideful bandits and an excellent tale of mismatched friendship.

Set during the Mexican Revolution in 1913, the film follows two men, Juan Miranda (in a fantastic role by Rod Steiger), a Mexican bandit with crass tendencies and a humungous ego; and Seán Mallory (James Coburn), an Irish expatriate and bombmaker hiding out in Mexico.

The two meet by chance and eventually team up in order to rob a bank, ultimately leading to their role in the aid of Zapata and Villa’s Revolution. The two wind up being chased by a German-led Mexican Army into the hills where Juan’s human side shows and Mallory’s tragic story begins to unfold.

As stated earlier, this film has it all, the slow zen-like pacing of Leone’s earlier films which suddenly explode into violence like a samurai film, the harsh and gritty style, and of course Ennio Morricone’s bizarre but perfectly fitting music.

The film also sets itself up as an excellent precursor for Leone’s shift from the West to the East with Once Upon a Time in America by shooting some scenes in urban settings rather than desert landscapes. Un unspoken masterpiece of Western cinema, Duck, You Sucker! should not be overlooked.