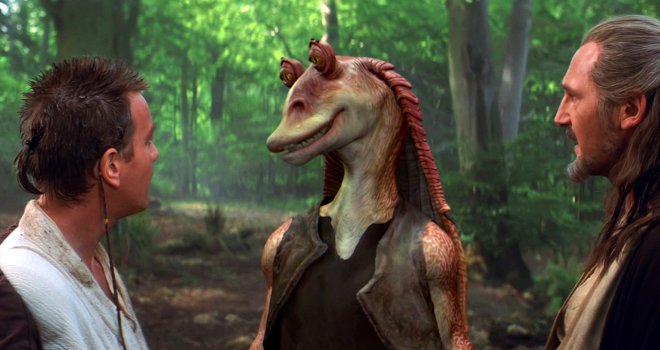 While some of the directors manage to go their entire career with their reputation and popularity intact, many of their counterparts, even the skilled ones, are not always so lucky. Despite strong and promising starts to their career, one major misstep, or in some cases a series of failures, can cost a director their legacy, or at least their penis success.

The magnitude of the decline of these filmmakers is not always the same. Some may continue making films, and can even still be popular but they may no longer considered elite directors. Other directors manage to leave the business with their reputation intact, but fall from the public eye and they no longer can make films like they used to.

The cause for these falls from grace can also differ greatly. There are some filmmakers who, after surging to popularity with a few hits, simply run out of ideas and simply stop making good movies. Other causes can be more complicated, and more unfortunate. For instance, even if a film is well made but it loses a lot of money or directors go way over-budget, producers may no longer want to work with that director.

Another common occurrence is when films that are ahead of their time, in content or style, are shunned when they premiere, ruining the filmmaker, but often growing in acclaim decades later. The following list has examples of every different type and showcase some of the most destructive falls of major filmmakers.

Charlie Chaplin, was one of the most popular and acclaimed directors of the silent Hollywood era. His films combined vaudevillian slapstick humor with powerful, human emotion to create products that were both entertaining and relatable. Some of his films that propelled him to stardom are City Lights, Modern Times and The Gold Rush; all of which featured Chaplin in the lead acting role.

The Great Dictator, while as brilliant as any of his past films, was also a step away from Chaplin’s typical films. Becoming more interested in world politics and the emergence of the Nazi party, Chaplin made this next film as blatant satire of Hitler and his fascist dictatorship.

It is also notable because it is Chaplin’s first talking film, as before the director was hesitant to leave the silent style. This groundbreaking film starred Chaplin in two separate roles: one, as a Jewish barber whose shop gets closed, and, two, as the inept but cruel dictator Adenoid Hynkel. Both story lines feature Chaplin’s signature, goofy slapstick action but it also stood out with its serious undertones regarding the threat of the fascist regime.

Upon its debut, the film was rather popular, and very well critically received, earning five Academy award nominations. The director’s switch to more serious content, however, concerned many of his fans and led to a decline in his overall popularity. Chaplin’s newfound interest in politics, FBI head J .Edgar Hoover took interest in his work and, after a bit of investigation, Chaplin was exiled from hollywood due to his Communist sympathies and his film career would never recover fully.

Now, this classic is one of the most beloved American stories to come out of Hollywood but when it premiered the reception was not nearly as great; performing fine but not finding a strong audience. The holiday story stars Jimmy Stewart as George Bailey, a smart, ambitious man who has had to sacrifice his dreams in order to take care of his family and their business.

After a series of unfortunate events, on Christmas Eve, George stands on a bridge contemplating suicide and an angel from Heaven is sent to show George just how important he is to the people in his life. He realizes that, although he has had to make sacrifices, the positive effect he has had on the lives of his brother, wife and overall community is worth all of the losses and that he actually has a lot to live for.

Up until this point in his career, Capra was an extremely popular filmmaker, capturing the audience’s hearts with Oscar winning classics such as It Happened One Night and Mr. Smith Goes to Washington. A very patriotic man, Capra also worked a lot in with the military during World War II, creating the Why We Fight series, showing soldiers and the rest of the country why the war is important.

After the war, Capra’s returned to feature films with It’s a Wonderful Life, which unfortunately did not make enough money and Hollywood seemed to decide that Capra could no longer make bestselling films, mainly because America’s sentiment changed from depression-era to post-war optimism and Capra did not make this change. He continued to create films for the rest of his life, including several educational documentaries, but these later works would never come close to his pre-war popularity.

Michael Powell was one of the most prominent and influential British filmmakers, with his work ranging from before World War II until the 1960s.Powell and his frequent collaborator, Emeric Pressburger, made up the directing team known as the Archers, and many of their films are considered to be some of the greatest masterpieces of their era, and very ahead of their time.

Some of these masterpieces include The Red Shoes, Black Narcissus and A Matter of Life and Death. His lifetime of filmmaking had earned him immense respect and popularity, especially in Britain, but his lifetime achievements were all but erased in the public’s eyes with the release of Peeping Tom.

It wasn’t that the film was bad, in fact it is now regarded as a masterpiece of British cinema, but its explicit and disturbing content was so aggressively reviled that all merit of the film was lost on critics until a revival, decades later. The film stars Carl Boehm as Mark Lewis, a disturbed and introverted photographer. Lewis is also a serial killer who records his women victims’ expressions before they die.

One of his housemates, Vivian, befriends him, but as she gets closer to learning his secret she becomes closer to danger. By today’s standards, the concept and plot of the film might still be a bit disturbing, but the content that shocked the audiences would be relatively tame for a horror movie. While his legacy eventually recovered and Peeping Tom now considered a classic, Powell’s career took a strong dive, making no notable films to follow.

Another film that was largely forgotten upon its release, but now considered by many critics to be a lost masterpiece, comes from controversial filmmaker Sam Peckinpah. Prior to this film, Peckinpah was one of the most critically acclaimed and exciting directors in America, reaching popularity with such classics like The Wild Bunch, Straw Dogs and The Getaway, which are known for their interesting characters, compelling plots and bloody violence.

Unfortunately, from here his reputation, and debatably his cinematic output, would decline until the end of his career. This was due, not particularly to his lack of ideas or talent, but because of his worsening drug and alcohol addictions, which also made him increasingly difficult to work with. Although he made a good number of films after this, he was not thought of as a serious, heavyweight director and his films found less success.

This movie is about, as you might expect, Pat Garrett, played by James Coburn, an aged gunslinger who has recently been appointed sheriff. His first order as sheriff, he finds, is to drive out his old friend Billy the Kid, a notorious outlaw played by Kris Kristofferson. A lengthy and bloody chase ensues with Billy and his posse on one end with Garrett on the other and a lot of other lives get caught in the middle.

In addition to the visually stunning imagery and great acting, the film also features a memorable score by Bob Dylan, who also co-stars in the film. From the time Peckinpah had finished making the film to the time it hit theaters, unfortunately the producers had completely re-cut the film, leading to the cast and crew’s disownment of the film and its failure on many fronts.

The production woes and extensions that overwhelmed Pat Garrett and Billy the Kid were nothing compared to the bloated problems of this western epic. From the once acclaimed director Michael Cimino, who had won an Academy Award for his Vietnam war film The Deer Hunter, Heaven’s Gate is more ambitious film in terms of scope and size.

With the director’s cut running almost 5 and a half hours, the production costing over 40 million dollars and filming running months overdue, the film was a nightmare for its company “United Artists” and when they finally released a heavily edited version of the film to theaters, the film only managed to gross 3.5 million. After all the dust had settled, United Artists went bankrupt, Cimino’s career would never recover and production companies would rethink the freedom they gave directors forever.

The plot itself features Kris Kristofferson, Christopher Walken and John Hurt as educated men who move West and clash with the cattle barons of the area. Because some of the poorer settlers are stealing the cattle from rich men like Frank Canton, played by Sam Waterston, the cattlemen are striking back with a campaign to kill hundreds of settlers, most of whom are innocent. The film then sets off on an epic tale, following the protagonists through bloody conflict, romance and friendship.

Partially due to the bad cut of the film, critical reception for the film initially was horrible, being denounced by all the major reviewers and even winning Cimino the Razzie Award for Worst Director. Over time, consensus on the film improved slightly but it still falters due to its lengthy and troubled production.