Very few child actors have been able to maintain their star power at the box office over the course of several decades as adults. Jodie Foster is one of those actresses who have managed to stay the course and deliver knock out performances throughout the years. She began her career at the young age of three years old starring in Coppertone commercials.

From there, she was able to score some minor roles in Kansas City Bomber (1973) and Bob & Carol & Ted & Alice (1973). She did some voice over work for a few animated series as well.

Her breakout performance was her role as Iris in Taxi Driver (1976). Iris is a hard-edged child prostitute. Jodie Foster went on to star in several roles where she played a precocious or troubled youngster. She nailed each and every role and has remained a steadfast performer to this day. She has won several awards for her own performances and starred in multiple critically acclaimed films. Jodie Foster excelled in the arts and French and received in honorary Doctorate in the Fine Arts.

Jodie Foster has always brought a certain intensity to the table to each of her roles. She has one several Academy Awards, a Cecile B. DeMille Award, and a Screen Actors Guild Award. Whether it’s the bereaved girlfriend seeking revenge (The Brave One, 2007) or a frightened mother trying to protect her daughter and her home (Panic Room, 2002), Foster never fails to deliver in any capacity. The following Jodie Foster films exemplify some of her best performances to date.

While Jodie Foster doesn’t have the largest role in this movie, the few minutes that she’s on camera are simply magical. Ellen Burstyn gives a great performance as Alice, a woman who wants to pursue a singing career but just can seem to get her life on track. She has a young son that she is raising alone. She has to evade abusive men (Harvey Keitel) and move from place to place to keep her family safe.

Jodie Foster plays Audrey, an edgy preteen who befriends Alice’s son, Tommy. Audrey does not have the best influence on Tommy as she coaxes him to steal and get “high” on Ripple. Foster was such a natural, raw talent back then. She is really a joy to watch in this movie. Ellen Burstyn won an Oscar for her portrayal as Alice.

The movie shows a determined Alice in her childhood wanting to do things her way only to slide into the everyday kind of life she wanted to avoid. Audrey’s character gives the viewers hope that maybe indeed there are some women out there who will be able to do things their way after all. 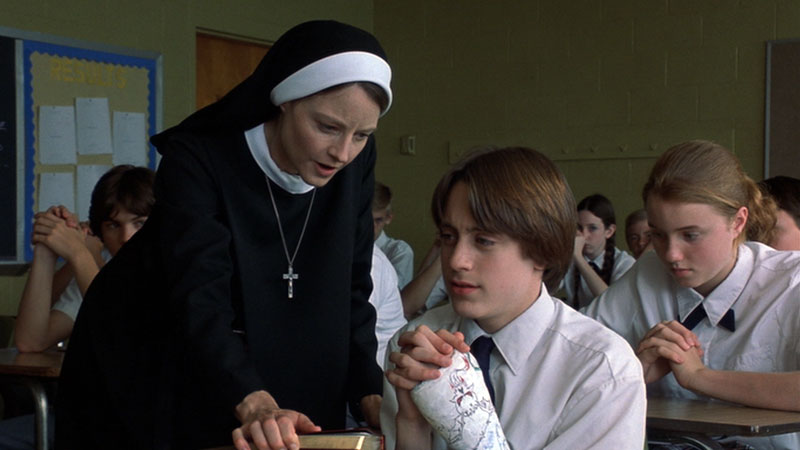 Jodie Foster plays Sister Assumpta, a nun at a Catholic school in a small town in the 70s. Emile Hirsch and Kieran Culkin play two teenage boys at the school who believe Sister Assumpta is too strict.

Both boys engage in elaborate pranks to rebel against her and even come up with an idea for a comic book (The Atomic Trinity) in which they are the heroes and Sister Assumpta becomes Sister Nunzilla, the villain in the comic. She is characterized in a much darker way than she really is but the boys never see the softer side of her.

Foster plays Sister Assumpta with a stern tone. She has a careful quality to her that the audience sees that the students don’t necessarily see and that makes her more endearing in a way. You can sense from Foster’s performance how much she does care about her students even though they fantasize about rebelling against her.

Another interesting stylistic choice in this film is that it switches back and forth between showing animated scenes from the comic book and the live action sequences. Foster does a good job treading the line between overbearing and caring at the same time. This is one of the better coming of age stories out there. 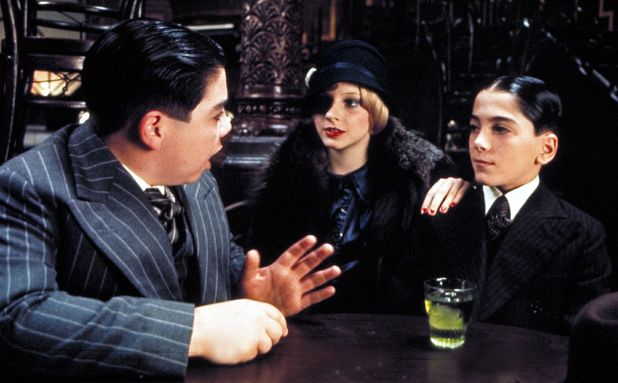 The year, 1976, was a huge one for Jodie Foster. She really was at the height of her career on some level as she had a preternatural ability to act beyond her years. This is not just an underrated Jodie Foster film but a somewhat forgotten classic that is really fun to watch. Bugsy Malone is a classic gangster movie that is cast entirely with children. This may sound gimmicky but the movie is quite frankly hysterical and heartwarming at the same time.

Scott Baio is Bugsy Malone. The movie is about a turf war between gangs in the 1920s but it is the standout performances by a group of 12 year-olds that make it memorable. Jodie Foster plays Tallulah, the tough-as-nails nightclub singer. You can see her as a budding star on the rise in this role. She is as vampy as they come and commits to this role like none other. The scene where she is singing a Paul Williams torch song is riotously funny. She gives an amazing performance in a film that is simply a lot of fun. 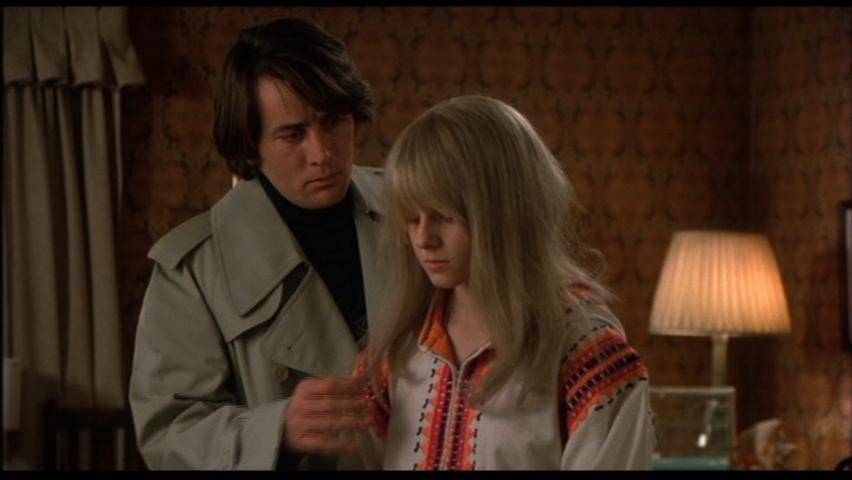 This film is one of the better ones released in 1976, if not, the 1970s. The atmosphere created in this movie is beyond suspenseful. Some have used the term “horror” to describe it but it is not a horror movie in the truest sense. There are some scenes that are frightening but it is more of a thriller than anything else. The suspense and tension that it builds leaves you on edge and Foster’s performance is sharp and assured.

Jodie Foster yet again plays a precocious child (Rynn) who has recently moved to a seaside town with her poet father. Neighbors notice that Rynn is always alone and has excuses as to why her father is never around. Eventually, some of them get suspicious that something more sinister is afoot and start nosing around Rynn’s house. Martin Sheen is the landlady’s perverse son who takes a keen interest in Rynn. This movie might find your empathies laying in places you would not immediately assume.

Foster is so reassured in this role, she will almost trick you into believing absolutely nothing is wrong. You do need to keep reminding yourself that she was only 14 in this film as well. The only thing that could have made the movie more suspenseful is having Hitchcock direct it himself. If this is one film you haven’t seen on the list, do yourself a favor and be sure to watch it. 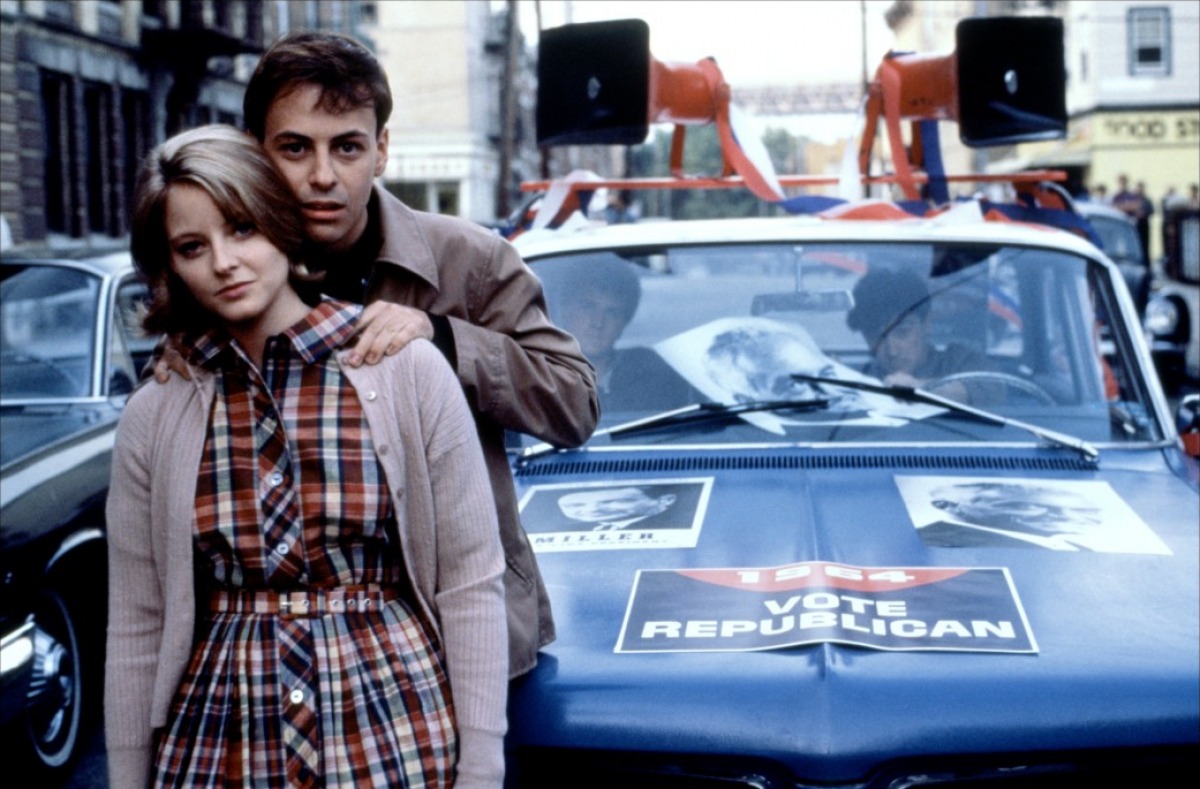 This is arguably one of the most underrated films that features Jodie Foster. In 1987, Metro-Goldwyn-Mayer also released Moonstruck starring Cher and Nicolas Cage. The studio decided that Moonstruck would have wider appeal to audiences (they weren’t wrong as it was nominated for six Oscars and won for Best Original Screenplay, Best Supporting Actress, and Best Actress) and put all of their support behind Moonstruck instead of Five Corners. John Patrick Shanley wrote both films.

Five Corners was shelved away and few people have subsequently seen the film. It’s also unfortunate as Five Corners had a stellar cast including Tim Robbins and John Turturro.

John Turturro plays Heinz Sabantino, a psychotic man who has been released from prison after the attempted rape of Linda (Jodie Foster). Harry (Tim Robbins) tried to stop Heinz and now has a permanent limp because of it. Harry goes on to become a young idealist who abhors violence. Heinz only wants one thing and that is another chance to be with Linda. Linda wants nothing to do with Heinz as he is absolutely terrifying. Turturro’s Heinz is another celluloid villain that will stick with you once you see this film.

This movie takes place in the Bronx in 1964 and really captures the palpable tension in the air surrounding social issues in America. Foster seems fresh out of the Bronx as she knocks out another small but memorable role. Five Corners is one of those gems of American cinema that cinephiles will surely want to see.