Someone over Facebook argued that Johnnie To’s Life Without Principle instead of Ann Hui’s A Simple Life should be crowned “the best HK film in 2011”,then my fellow friend,a huge fan of the diretor,Michael mentioned it again in my comments how awesome it is and wrote a fantastic review on his own blog.So I could not wait to find out the truth and watched it last night,not crazy about it,but it is quite good,I will give it a rating of 8 out of 10. 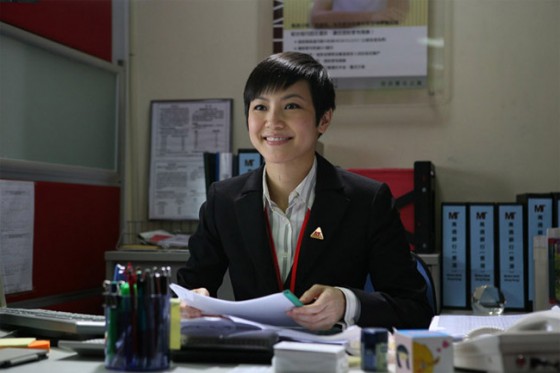 This film is the most typical HK films I’ve seen,the reason I say so is there has never been a HK film which is so focused on the finance and business situations in current HK.As a film in the background of the “Asian Financial Center”,how can you be more realistic than telling a story of people who works and invests on stocks and funds? yes,realistic is the word to summarize the style of the film,and To said himself that he shoots this film in a Jia Zhangke way,and this new style of his sets apart this “crime” film from his previous ones.There are still gangsters and cops,but the conflict between them has been intentionally lightened by the director,and the characters are more like ordinary people than any stereotypes in the old genre films.The gangster buys stocks to survive,the cop also has his own worries,he constantly argues with his wife about the issues like adapting the child and buying the estate.It’s like To is telling us,let’s not play “cat catches mouse” games anymore,let’s all face the reality.You know who is the real gangster here? It’s the  female bank clerk !!

Principle or no principle

The title tells us all about what the director wants to convey by this film,you have to throw away your principle to survive.Which is another huge difference from the old gangster films,in those films,they are talking about having principle,especially to brothers and bosses like what Panther does in this film,but this film is talking about not having principle.Teresa certainly has no principle at all in front of her own financial crisis,she not only persuades the elderly female buying the high-risk fund but also takes the 5 million home.Panther has some principles in a way,he does not take any money in his own pocket in his boss’ birthday party,he walks around to raise money for the bail of his boss and he fights against the gangsters who tries to kill his boss.But in the end,when he witnesses the death of his boss,he just possesses the money for his own.So in this scenario,he is equally morally ugly as Teresa.

Watching this film reminds me of the new winner of Oscar Best Foreign Language Film – A Seperation,which also discusses morals and principles,and how ordinary people being seduced to lose principles in front of one’s own desire and greed.This film is talking about a moral tale too,but wrapped in a crime genre appearance.One absurdity about this law society is it has its cul-de-sac,which can only be controlled by individual free will,and most of the time,the wrong wins the battle against the right. 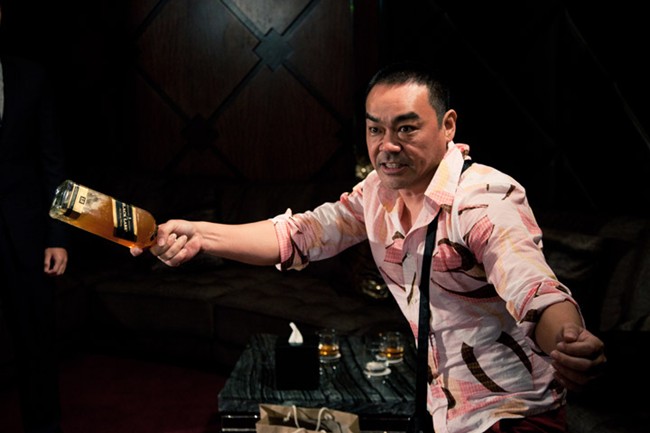 Many Chinese rate this film under 7 out of 10,the reason is they did not watch the “right” version,which is the HK original version,and I think it would be interesting to mention the 2 major differences between these 2 version here.

The first major difference is they shortened the dialogue which Teresa records when she persuades the elderly female to buy the fund.This is ridiculous for me,because this sequence not only “illustrates how all of his characters are furiously pedaling on the same capitalist treadmill”(like Micheal said),but also portraits the worries about personal gains and loses of ordinary people who invests in any product from the bank.

The other one is the ending,in the Chinese theater version,both Teresa and Panther give themselves up to the police,well,this is insanely wrong !! One of the greatest thing about this film is its ending,it’s a great summary of the ironic and absurd tone of the entire film,just like what Woody Allen did in his Match Point,the real criminal gets away from the punishment of the law,I like this kind of ending.

I’m still on the side of A Simple Life if I have to vote for the best HK film last year,but who cares? Both films are great,and the most important thing is both films concentrate the theme to everyday lives,which is the new climate of HK cinema,and I love that!!