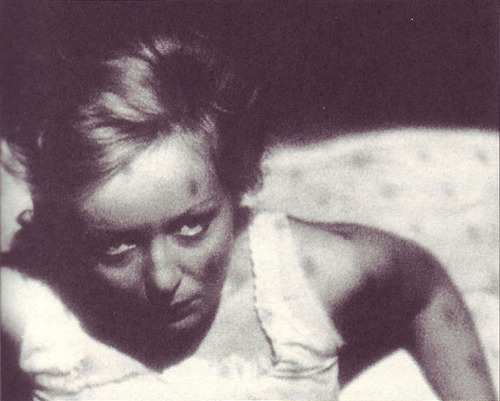 This is the kind of film you either have watched or at least heard of ,so I’m gonna skip any cliche here.As one of the most poetic and romantic love films ever made,this film does have its big moments.I love two scenes maybe three especially,one is Jean diving into the river to “see” Juliette’s face,another is the intercuts between the sleeping scenes of both lovers,and those dots on the  blankets and their skins,and the beautiful score(what a score) playing with it.The ending is also quite charming when Simon’s role found Juliette in the music shop where she is listening to a song about harbor and sailors,which reminded me of the ending in Peter Chan‘s Comrades, Almost A Love Story,where Leon Lai‘s role found Maggie Cheung‘s role in front of a TV which is broadcasting the death of the famous singer Teresa Deng,I bet Chan must have been inspired by this film.

Another thing I felt great about this film is Michel Simon‘s role,I loved his role in The Two of Us,while in this film he is brilliant in the scene where Juliette found lots of interesting things in this old sailor’s room,and his function in this film is vital in terms of “ceasing fire” between the newlyweds.

The plot of the story reminds of me of another great early love film,Murnau‘s Sunrise,in which the city also symbolizes the evil and temptation,and only the adventure in it made the couple clear their heads and love each other again.This film is less interesting and plot-rich than Sunrise but makes it up by its unique cinematic touch I had never seen in a love film.I will rank it alongside with Carne‘s Children of Paradise and Renoir‘s The Rules of the Game,but definitely not above them.

Investigation of a Citizen Above Suspicion  8/10 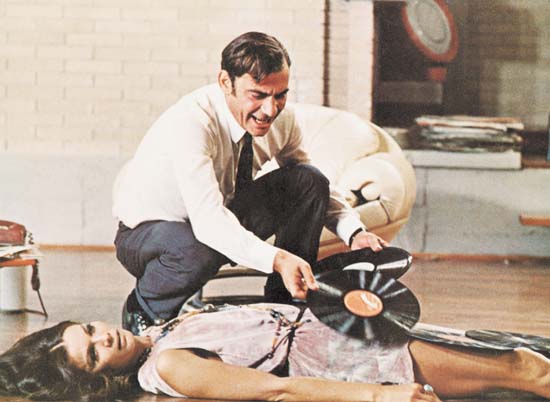 Can anyone tell me why Italian filmmakers are so enthusiastic of making political films? Both Bertolucci and Antonioni came to China to shoot pictures,and they have great directors like Gillo Pontecorvo and Elio Petri who are so damn good at making such kind of films.

My first encounter with this film is when Oscar finally decided to honor Ennio Morricone,the best film composer ever,and the score of this film is one of his only five Oscar nominations.After that I’m searching the source of it since I aimed to collect as many Morricone films as possible,until French dvd company Carlotta released it in a 2 disc form.The package is fantastic,I will start with my opinions of the film first.

There are lots of good things about this film besides the brilliant score,the flashback narration,the domestic decor and costume,the performance of Volonte,these are the achievements of  cinematic level.One great thing about it is the director’s bravery of making the film,political film is not that popular in 1970s Italy,let alone one reveals the dark side of the police bureau.Though it is not as bold as Chaplin making The Great Dictator during WWII,but it is also not like L.A. Confidential, it is the very reflection of the corruption at that time.Luckily,the film was not banned and the director was not in any danger.

Another great thing about it is the deep analysis of political power.Like violence in A History of  Violence or gangster in Carlito’s Way,it’s not something one can get rid of easily,even one tried one’s best,one’s past or people around him will pull him back to track.That’s why this kind of thing is so horrible.

The supplements in the package is dynamite,including 3 interviews.one is interviewing Petri’s wife and long time collaborator,they talked about the making of the film,one is some film professor talking about the influence of it and the political situation at that time.The most exciting one,is interviewing Morricone at his home,where he not only talked about how he came up with those ideas and actually played some tunes in the score.There is also a one hour and half documentary about the director which I did not explore.

All in all,it’s a great film in a great dvd form with pack of splendid extras, you should not miss this Oscar-winning classic.