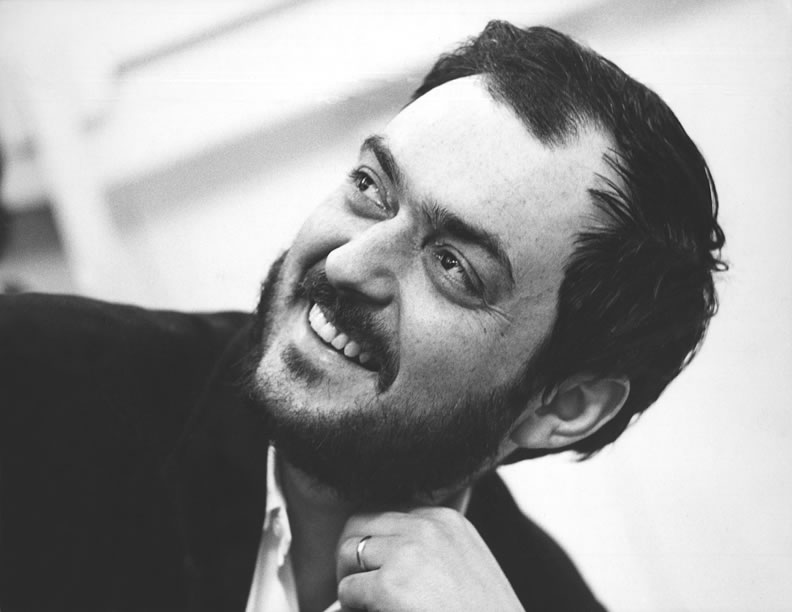 Stanley Kubrick, the film God, is my all time hero. It’s impossible to compare directors since they make different types of films, but Mr. Kubrick had some quality that is so rare to be seen on other great directors. As one of his biggest worshipers, I summarized 10 pretty convincing reasons why this man, not Bergman, not Welles, not Kurosawa is the greatest filmmaker ever lived on this planet.

1. He is God Almighty

He is a talented genre player,once he made a film in one genre,it became the best of its kind. If there was a Film Olympic Games contestants are required to compete in all different genres, there is a huge possibility he will win all the gold medals. Not only this,I’m also talking about how all-around he is as a filmmaker, not only a director. Besides being a outstanding director, he is also gifted in every other aspect of film making, which is an amazing fact.

After taking over the directorial task of Spartacus, Kubrick made a film he refused to admit to be his own. After that,Kubrick decided to take full control of everything during the shooting, plus the most important battlefield for a director, the power of final cut in the editing room. He became his own producer,a king, a lucky man who escaped from the horrible Hollywood system.

3. He respects and challenges our intelligence

As a man of high intelligence, Kubrick also treats us as intelligent as himself, which turned out to be a too high expectation. There are still thousands of die-hard fans and experts research on all the puzzles he planted in his films nowadays, no one can come to a close answer. All the mysteries can be interpret in so many ways that his films become Goldbach’s conjecture in cinema history.

4. He nails his homework

Every director research before they make films, but no one is quite near Kubrick, in terms of the time spent on it. There was a legend that before making film Napoleon, Kubrick wrote those cards, on every card was recorded what Napoleon did on that day, you could pick up any card randomly and ask Kubrick the content on it,he could tell you what exactly was written on it. Too amazing to be true, uh?

According to the Guinness Book of Records, the scene in The Shining where Wendy is backing up the stairs swinging the baseball bat was shot 127 times, which is a record for the most takes of a single scene. And I believe the second,the third most takes in a scene were also from Kubrick films.He always pushed the buttons to get the best of a actor,”one more time,let’s see what it looks like”.

6. His films are on the cutting egde

His films all have some kind of sci-fi look, no matter it’s about the current or the future. He is a filmmaker far ahead of his time, he made films which still look new today. He made Dr. Strangelove during the nuclear cold-war, and made 2001 even before men landed on the moon. He is a prophet sent by God, if he is not God himself.

7. His taste of music is impeccable

Who has the knowledge and taste to make the best of Classical music in films and makes them sound fantastic? Only Kubrick. He influenced every viewer with his unique choice of classical music, NASA plays The Blue Danube Waltz every morning, 8 year child calls it the music from outer space,one of my roommates becomes a classical music fan after watching 2001.

Before Bunuel, before Altman, this man had used his dark humor to the extreme extent in filmmaking. He likes playing joke on incestuous relationships, on wars, on human-kind, with this kind of humor, his films are sharp like razors.

Too many people criticize his films as cold,inhuman, I think he just did what a director should do.In fact,he is a extremely nice guy in real life. Chris Chade, the actress in Killer’s Kiss, once said “Stanley was very sweet and kind to me… He’d always drive me home.  I said, ‘Why are you always so nice to everyone?’ He said, ‘Honey, nobody’s going to get anything out of this movie but me.”.

Nobody is perfect, even God can’t be perfect. Stanley failed to make 2 dream films – Napoleon and Aryan Papers, which he spent years on the preparations,he died before he could realize the A.I. project himself. Could we just lose the chance to see 3 greatest films never made?

Are you convinced Stanley Kubrick Is The Greatest Filmmaker Ever? If the answer is no,challenge me,with facts.

More Kubrick posts on this blog:

14 Interesting Facts You Don’t Know About 2001: A Space Odyssey