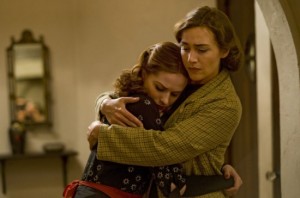 Thanks to the form of TV mini series,those longer version scripts have chance to meet the mass audience,I’m not a fan of it but as soon as I heard that Kate Winslet is in it,I watched it.Todd Haynes surely learned from Douglas Sirk and Fassbinder of how to telling stories,HBO provides high quality production as always,the settings and costume fit that era perfectly.Besides Kate,the bunch of supporting role are all fantastically casted,Evan Rachier Wood even grabbed more attention from me in the later half of the series.I have no idea why this version does not have the murdering scene in the end,and this ending is so predictable and corny.The first half shows enough drama but the second half is less dramatic though it should be. 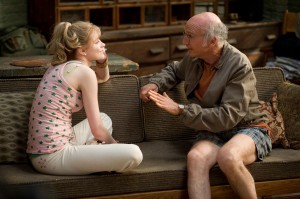 As an old Woody Allen fan,I do not like Midnight in Paris very much,it is not typical Woody style,lack of smart dialogue and cynical views of marriage.And I do not think he returns to his old camp New York once for a while is a bad idea,this comedy brought me back a lot of Woody flavor and Larry David did a good job as the director’s “double”.I still do not like the plot though,it is a little bit too intentional to make it absurd.Looking forward to his new work in Rome. 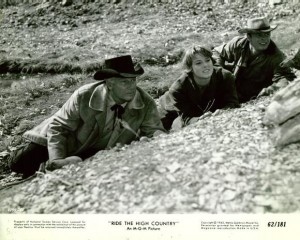 Sam Peckinpah’s western is always “new” to me.The reason his film is so attractive is that he always tell a story in a natural way,and with some depth.He took a large amount of time dealing with the heroin’s  psycho movement,and his way of presenting the manhood friendship is brilliant,a little betrayal and coming back in the most dangerous moment make the story so convincing.If you are a western fan,you should not miss this one. 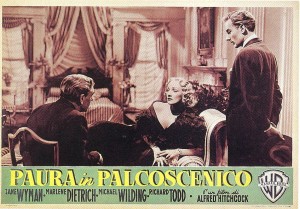 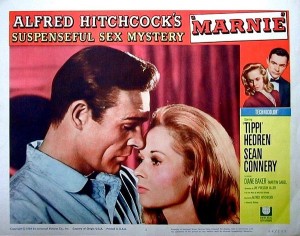 I like Stage Fright a lot though Hitchcock admitted that he made a huge mistake of telling a lie in the flashback at the beginning.The magic of suspense in this film is highlighted by several psycho portrait in some scenes:one is when the Marlene Dietrich role saw the bloody doll in the tent,another is Jane Wyman learned that her lover is the real murderer in the end.Marnie,in the same way,has put many emphasis on the psycho movement of the Tippi Hedren role,but the story is not as good and the cast of former 007 Sean Connery is not right for me,just funny to look at him playing such a serious role.