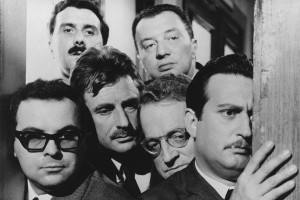 I love Pietro Germi’s Divorce Italian Style and I know he will never let me down,his comedy is typical Italian,it’s all about “vicious Italian men”,every time when men are exposed to some scandal and embarrassment,I just could’t stop laughing.The music is so great that it added so much comedian power to the scenes.Now I’m hunting for his Seduced and Abandoned. 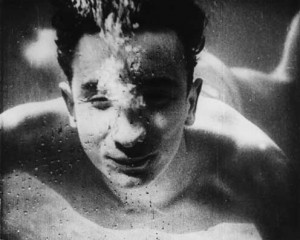 Since when everyone talks about Jean Vigo,they use one word”Genius”.Thanks to the great Criterion Collection who released the whole set of his films.I did not have time to see them all yet,but I grabbed some time to watch this one.One can clearly see the mark it made on the famous French New Wave film “The 400 Blows”,some shots I found are almost copied by Francois Truffaut. It influenced Lindsay Anderson’s If more I think,the whole board school thing is so similar between these 2 films.My next target will be his legendary L’Atalante. 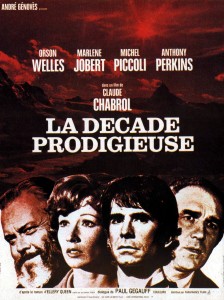 The reason that attracted me watching this film is its cast:Orson Wells,Anthony Berkins,Michelle Piccolli,three leading man’s film.I always found some auteur quality in Claude Chabrol’s movies.His film is Hitchcock like but he has his own style of story telling and camera movement.His films always happens in a isolated place and the atmosphere is very private,that’s quite different from Hitchcock.And he likes to dealing with the bourgeoisie,whose theme is more close to Luis Bunuel. 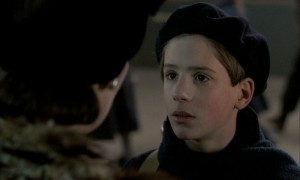 Louis Malle is so capable of making diverse film types,I just watched his Black Moon and Zazie in the Subway last month,and this time his film is so moving and humanistic,you can not believe they are all came from the same director.Maybe because it’s his semiautobiographical film,he understands the context and the characters,you can almost feel it’s from someone who has been there.CC released it with another his two child theme films,I wish I had the luck of getting them.