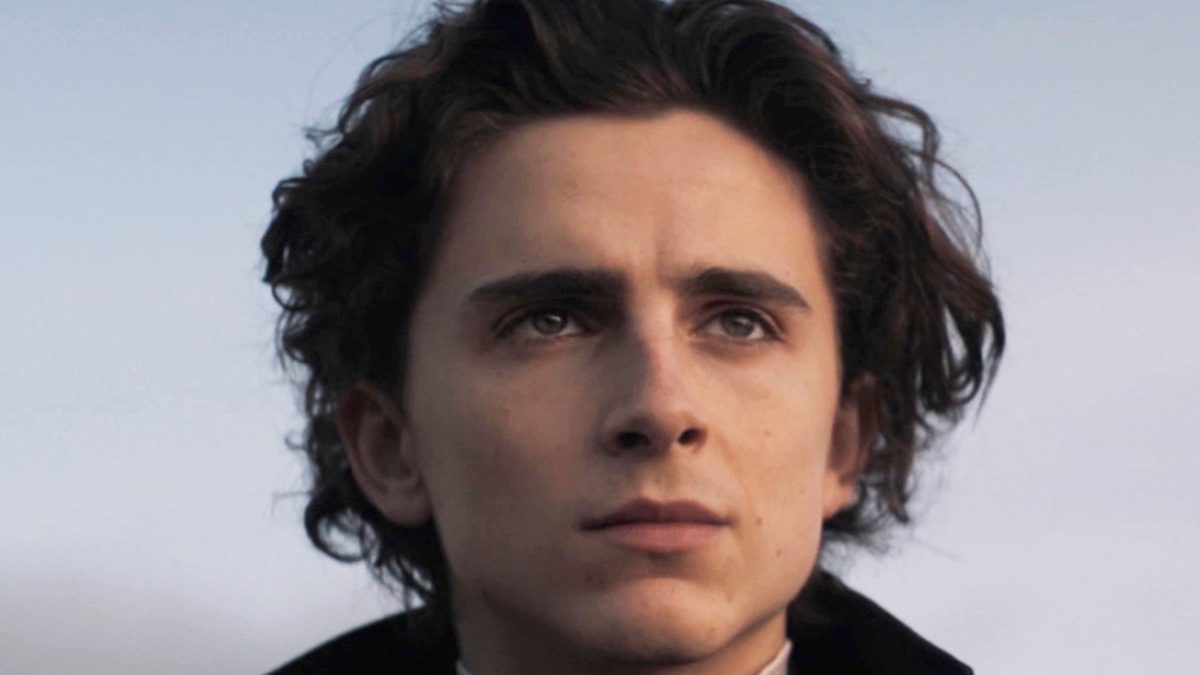 At last, the spice flows. After a botched release put on hold by the pandemic, Denis Villeneuve’s long-awaited epic has finally made its way into every theater worldwide. And like a giant sandworm crawling through Arrakis’ desert, the movie has sent shock waves all around the industry, being instantly embraced by hardcore cinephiles and casual audiences alike. Right now, there’s simply no bigger movie than Dune — a colossal adaptation of a story that’s equal parts a Homeric adventure, political chess game, an allegory of cultural colonialism and an environmental thesis.

Every big release like this is inevitably greeted with some skepticism. After all, there’s so many great movies available and so little time, and sometimes it’s hard to gauge whether all the hype around a new one is truly warranted. What exactly sets Dune apart — especially in a genre as oversatured as science fiction? Addictive spice, prophetic witches, holy wars, giant worms… There’s a lot going on in the movie and coming up with an answer to that question can feel overwhelming.

Whether you’ve recently been introduced to Dune’s world, you’re a long-time fan of Herbert’s book or you’re still on the fence — we’ve got you covered. With no further ado, let’s go through ten reasons that makes Dune a one-of-a-kind experience. 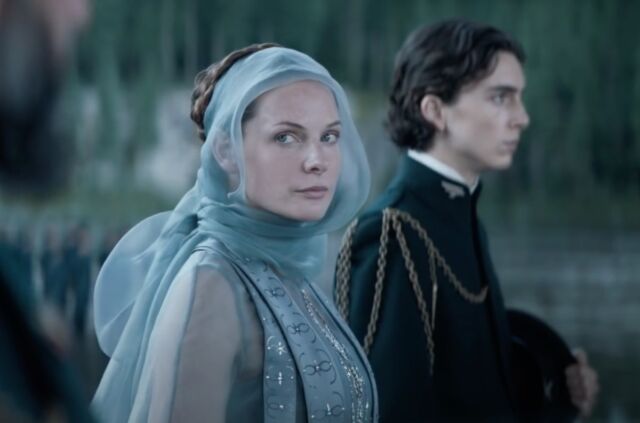 Having a strong source material isn’t truly a prerequisite in order to make a compelling sci-fi movie — but it certainly doesn’t hurt either. A worldwide bestseller like Frank Herbert’s hardly needs an introduction — to say it’s one of the most influential novels in the genre is an understatement. In Dune, Herbert created one of the richest and complex worlds in all science-fiction — an expanding saga that transported readers to a world of wonder that equally mirrored many political and theological issues plaguing our own.

Modern cinematic behemoths such as Star Wars, Mad Max or Blade Runner owe an enormous debt to Dune. In a sense, Herbert opened the door to a more introspective kind of narrative that deliberately tried to tackle contemporary problems rather than distance itself from them. Many themes and narratives that we take for granted now after gradually becoming genre tropes over time were first found in his seminal novel.

With the second installment already greenlit, time will tell if Warner Bros decides to go even further and make a run at the sequels, particularly Dune Messiah which serves as a fitting epilogue to the main story. What’s certain is that no modern sci-fi movie currently has more potential of establishing itself as a successful franchise than Dune — precisely because none have a roadmap as foolproof as the seven novels written by Frank Herbert. 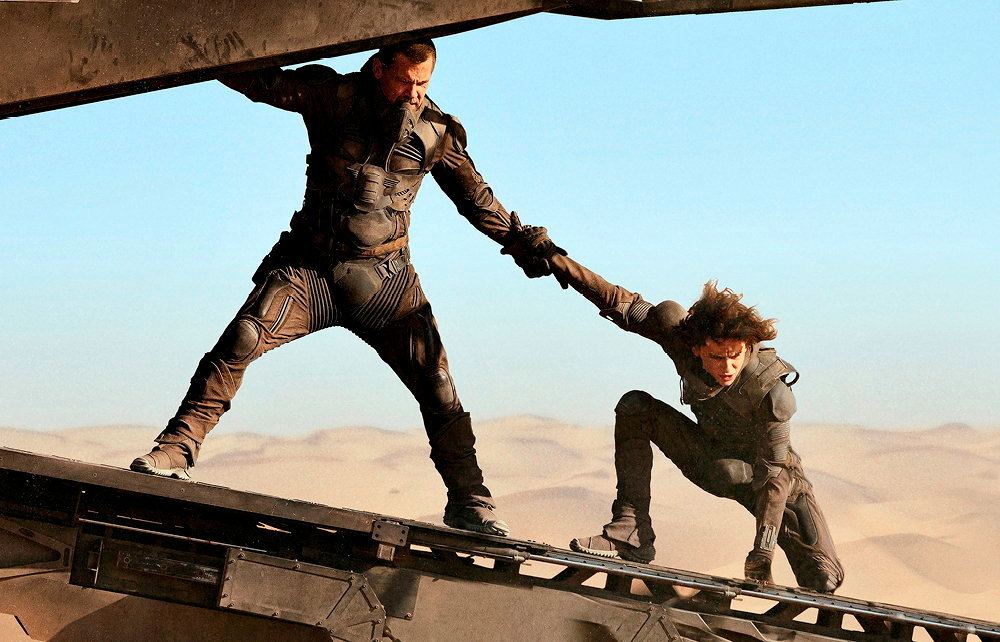 Now, for all of Herbert’s brilliance, there’s a reason why Dune was deemed ‘virtually unadaptable’ and sat on the shelf for ages. A deliberately anticlimactic, monologue-heavy story with an exhaustive lore and unorthodox themes? By any means not the kind of uplifting escapism film audiences eat up.

Previous attempts at adapting the novel showed that not even having a brilliant director at the helm was any guarantee of success — just ask David Lynch. But if there was a current filmmaker suited for such a daunting task, that’s Denis Villeneuve — an auteur with a flawless track record including two instant classics in Arrival and Blade Runner 2049.

In science-fiction more than any other genre, having a deft director with a clear vision of his own is crucial to avoid arguably the biggest challenge to a successful film — studio interference. It’s crystal clear that Dune was made by someone with a profound respect and love for the property like Villeneuve who didn’t compromise any creative decision that would jeopardize his film.

A lesser director would surely have crumbled at the prospect of cramming a nauseating load of storylines and exposition coherently without sacrificing any of the mysticism and gravitas that defined the novel. Thankfully, Villeneuve was up for the challenge and delivered in spades. After pouring his heart on the film, it seems the French-Canadian will have a chance of wrapping up the story himself in the upcoming sequel.

3. It’s a strong indictment on colonialism and ecology 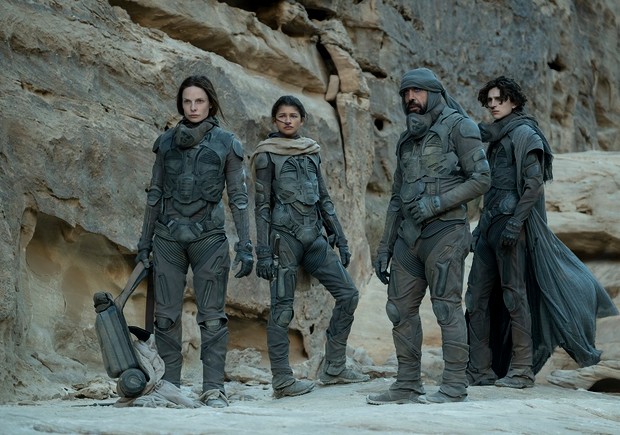 For a movie based on a 60-year-old novel, a surprising virtue of Dune is that it deals with universal themes that still feel relevant to this day. Outside conquerors (the Imperium) arriving at a foreign land (Arrakis) and exploiting its resources (spice) at the expense of its indigenous population (Fremen) is a narrative outline which heavily draws from mankind’s own bloody past.

It wouldn’t be a stretch to make parallels between Dune’s spice mining — necessary for space travel — and the oil wars that have repeatedly ravaged the Middle East. Greed is shown to be the root of all evil, and the final trigger for the full-blown conflict between Harkonnens and Atreides. Life in Arrakis is ridden by water shortage — caused in no small part by decades-worth of corporate profiteering — which is then distributed according to wealth and status. This stark contrast is underscored with the image of lush gardens being watered on a daily basis in the Atreides fortress while the Fremen are forced to use stillsuits in order to preserve their own body moisture.

There’s still room for hope — with imperial ecologist Liet Kynes envisioning a future where Arrakis develops into a self-sustaining ecosystem. But it would be wise to take Dune as a forewarning of the fatal consequences of unchecked ambition enabled by immoral leaders. 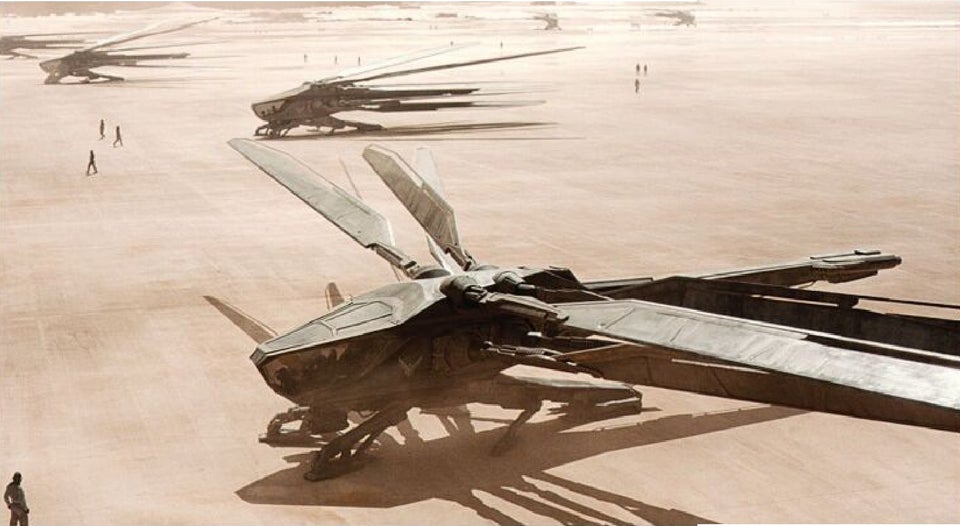 In sci-fi more than in arguably any other genre, world building can make or break a film. So many recent releases have been crippled by their scope (Star Wars) or drowned in their ever-expanding universe (Marvel). The truth is, it’s hard to find the perfect balance between having a setting that feels grand and unique but which at the same time doesn’t undermine the characters and story being told.

In this regard, Dune is simply on a league of its own, and offers everything you could look for and more. If you’re down for some gripping political intrigue with clashing noble houses, backdoor scheming and blurry allegiances, the Atreides and Harkonnen’s feud will keep you glued to the screen. If you’re aching to see contrasting worlds and cultures with their own customs, you have the defiant Fremen herd dodging the Imperium, secluded in the far depths of Arrakis’ wasteland. If your thing is watching religious institutions pull the strings with their prophecies and dogmas, look no further than to the Sisterhood of Bene Gesserit.

All in all, you’d be hard-pressed to find a more captivating setting than the one Dune inherited from Herbert’s novel — a world that feels fully realized but is layered enough to leave you craving for more.

5. It deliberately deconstructs and subverts the typical ‘hero’s journey’ arc 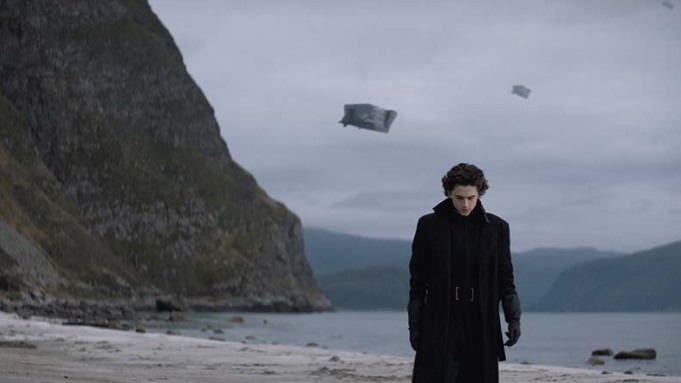 Both in film and literature, there’s an overtly familiar story template widely known as the ‘hero’s journey’ — a term coined by professor Joseph Campbell — with which the majority of fiction is constructed. The theory broadly outlines the archetype of a character who goes on an adventure, where he meets his destiny and beats great odds to overcome an obstacle or antagonist. A tale as old as time which applies to many iconic characters from Luke Skywalker, Harry Potter or Frodo.

Paul Atreides is the heir to a powerful Duke and the product of a centuries-in-the-making breeding program developed by the Bene Gesserit, a genetic marvel gifted with unparalleled prescient powers and destined for glory. On the surface, he sure seems to fall into this trope. The movie tricks you into believing as such, baiting viewers into blindly embracing him as the ‘chosen one’ who will lead the Fremen and defeat evil.

In truth, Dune is preaching against this type of ‘savior figure’ so prevailing in fiction. In Paul Atreides, Frank Herbert created a reluctant leader forever burdened with foresight — aware of a destiny he was thrown into and terrified of the things that future will bring. As we soon learn through many of his visions, Paul’s followers won’t restore peace but sow destruction in his name. Is he a sympathetic character? Maybe. But one you should never make the mistake of idolizing.