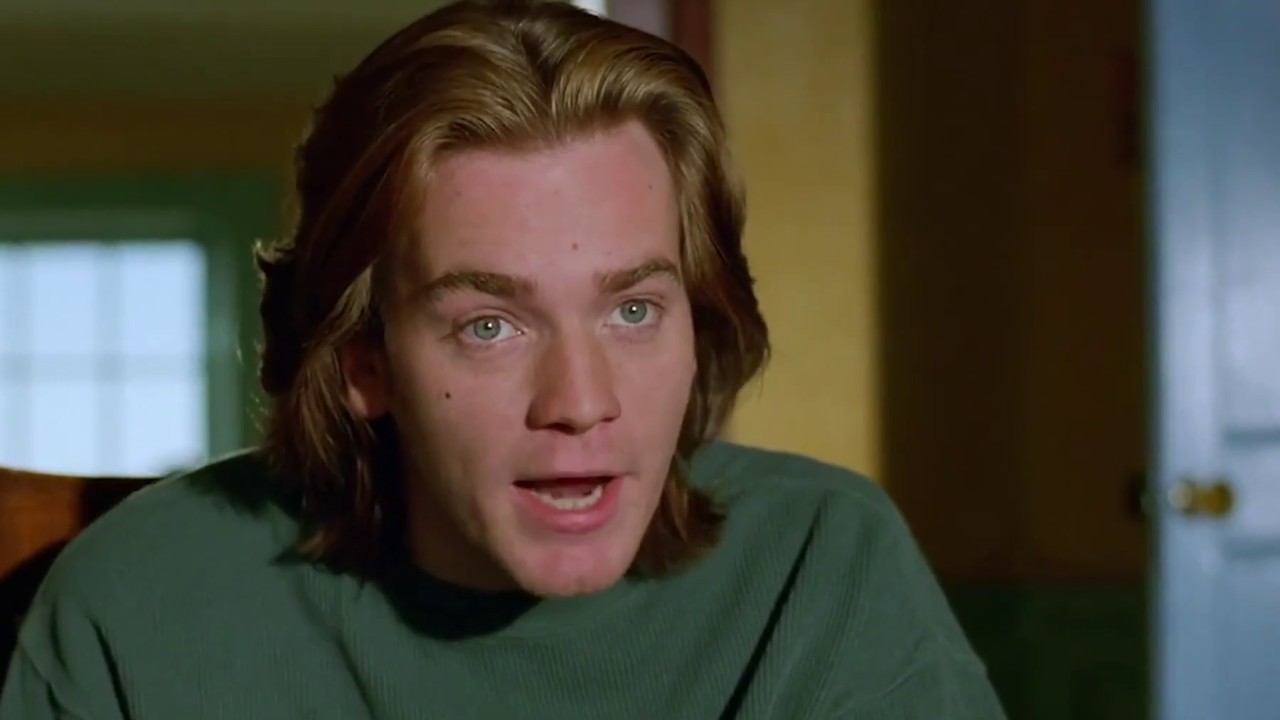 In an exhilarating decade that gave movie-goers films like Pulp Fiction, The Matrix, Titanic, Silence of the Lambs, Do the Right Thing, and so much more, the film industry in the 1990’s was blowing up with revolutionary ideas and filmmakers. However, even in an era of success, there were also films that quietly sat on the shelves of many video stores collecting dust. Whether it be budget, lack of marketing, reviews, or other reasons, some interesting films faded away into obscurity.

Luckily, this list is here to address the undervalued 90’s films that deserve to be discussed alongside some of the more well-known or better-acclaimed films of the time.

Here is a list of some of the most underrated films of the 1990’s. 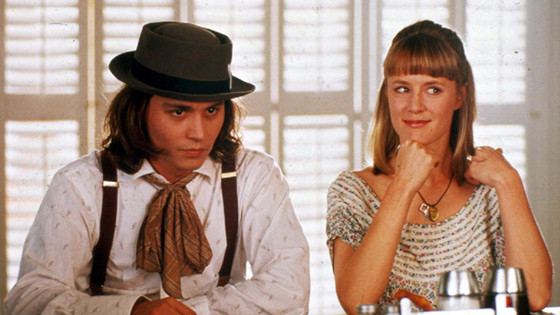 Benny and Joon is an off-beat romance that explodes with lovable originality and charm. The plot centers arounds a man named Benny (Aidan Quinn) who cares for his mentally challenged sister, Joon (Mary Stuart Masterson). At Joon’s request, Benny also welcomes the peculiar Sam (Johnny Depp) into his home. Sam entertains Joon and eventually feelings develop. When Benny realizes Joon and Sam have started a relationship, he becomes furious and kicks Sam out of the house. This leads to a fight, and Joon runs away with Sam, who soon realizes that Joon may need more help than he can solely provide.

One of the most brilliant elements of this film is the humanization of its characters. Masterson never portrays Joon’s mental illness as a horrid stereotype or overly simplistic. Instead, Joon becomes a complex person with heartwarming moments of joy and laughter and tear-jerking moments of mania. Quinn also portrays a complex character in the form of Benny, a man whose genuine worry for Joon is out of love but hinders her independence and growth. Lastly, no review of Benny and Joon can be complete without admiration for Depp’s depiction of Sam. Sam’s eccentric nature and obsession with Buster Keaton are charming but they are not his only traits. By balancing both quirk and depth, Depp gives an authentically loving, amusing, and dramatic performance.

As the tagline states, Benny and Joon is “a romance on the brink of reality” that captivates viewers. 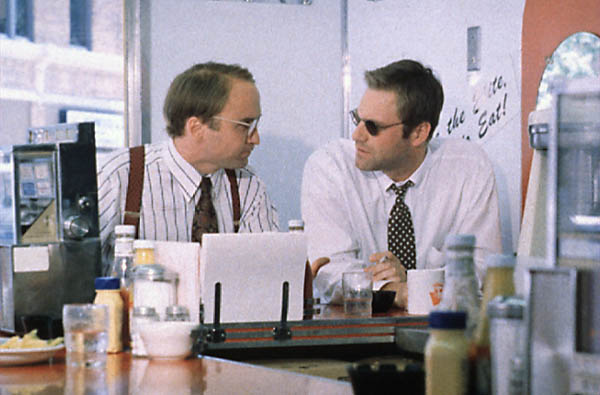 In the Company of Men is extremely cruel, insanely disturbing, but more importantly, it is delightfully provocative. In the film, Chad (Aaron Eckhart) and Howard (Matt Malloy) are junior executives who have recently experienced breakups with their girlfriends. When the two men are sent on a business trip, they vindictively decide to simultaneously romance a deaf secretary (Stacy Edwards) with the intention of breaking up with her for one purpose: to destroy her self-esteem.

While it cannot be confidently said that this movie is entertaining, it can be said that the film is a realistically brutal portrayal of everyday evil that movie-goers cannot look away from. In the Company of Men is not just one sick joke. If this were the case, the one-note attack would become old fast. Instead, the film cuts deeper and becomes a series of revelations in a frighteningly familiar society. In particular, it is the way LaBute’s script demonstrates manipulation and deceit not only between the men’s target but between themselves in a game of twisted male dominance.

This movie also earns a reaction from spectators. Audiences cannot help but become deeply involved in the interactions between the characters on screen. It is difficult for audiences not to be outraged by the events transpiring or pray for cosmic justice to rain down on Chad and Howard. By the end of the movie, LaBute’s resolution may be unsatisfying but nonetheless true.

In the Company of Men is an uncompromising and bold film that desires to be thought about, talked about, argued about, and even hated, but never ignored. 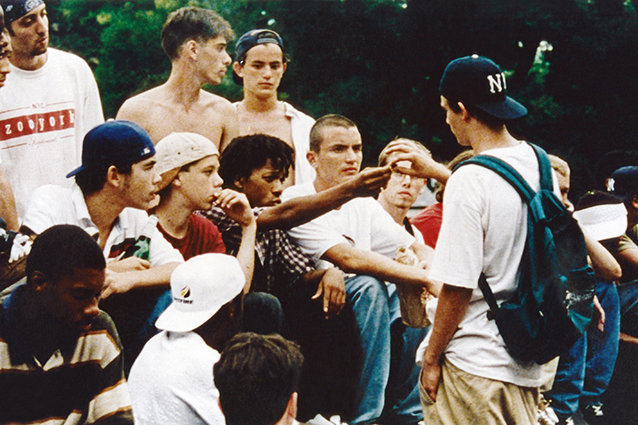 Arguably one of the most controversial films of the 90’s, Kids remains a unique approach to cinema that is worth a watch. In the movie, teen Telly (Leo Fitzpatrick) decides to sleep with as many virgin girls as possible, but he does not tell any of them that he is HIV positive. Meanwhile, Jenny (Chloë Sevigny), one of Telly’s early victims, tries to save other girls from Telly and avoid her fate. However, before she has the opportunity to confront Telly, everything goes terribly wrong.

Kids goes well beyond any previous American film. Larry Clark’s first feature is a raw and blunt take on a group of disillusioned teens’ dive into irresponsibility, drugs, and sex. As a result of Clark’s intimate unobtrusive look at underage illicit behavior and the dark side of adolescence, two profound thoughts come to mind. The first is regarding the spectators. They cannot help but acknowledge the believability of the film whether they like the message or not. Secondly, Clark’s filmmaking choices and style allow the movie to be truly focused on the teens’ world for better or for worse. Nothing else matters in the eyes of Clark. Rarely does the camera stray from the kids, and other people, most notably adults, simply do not exist.

Kids may be rough around the edges, but it is mainly a hard-hitting and reflective cinematic endeavor. 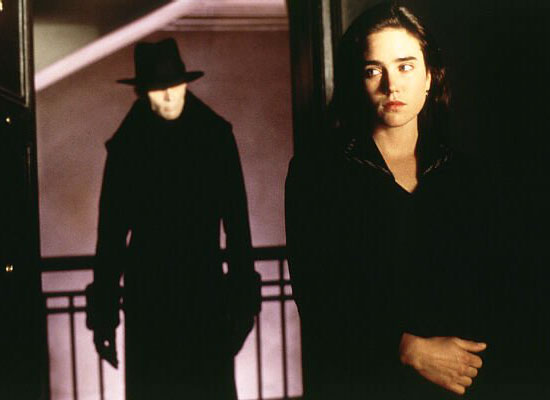 Dark City is a visually stunning film that resembles a 1927 masterpiece. The story begins with a man, John Murdoch (Rufus Sewell), awaking alone in a strange hotel to find that he is the suspect for a series of murders. Since Murdoch cannot remember if he committed the murders, he seeks to solve the riddle of his identity. As he becomes closer to resolving the mystery, he uncovers a monstrous underworld controlled by a group of ominous beings known as the Strangers.

Just as Metropolis asked critical questions about mankind, Dark City does the same. Both films depict false worlds created to mimic idyllic civilizations. Both are also clear parables in which a hazardous weapon attacks a free human who can see what is really happening and dares to ask questions. However, Dark City is not just a rehash of Metropolis. For all their similarities, Dark City may encompass a threat more horrific than any of the terrors found in Metropolis because the rulers in Dark City can manipulate and control the memories of its citizens. The film presents an existential question through its remarkable storytelling that strikes at the very core of humanism: If humans’ amount to the sum of their experiences, then what are humans when nothing has happened to them?

Along with the impressive themes, Dark City is a film full of visual wonders. The world created by the Strangers combines 1940’s noir and sci-fi. Proyas also adores deep-focus compositions that create an ominous vibe. Many interior spaces are long and narrow, and black and brown colors are applied to the pallor of the Strangers to provide a moody atmosphere that audiences can stare at in astonishment.

Dark City is a striking combination of visionary motifs, genres, and styles. 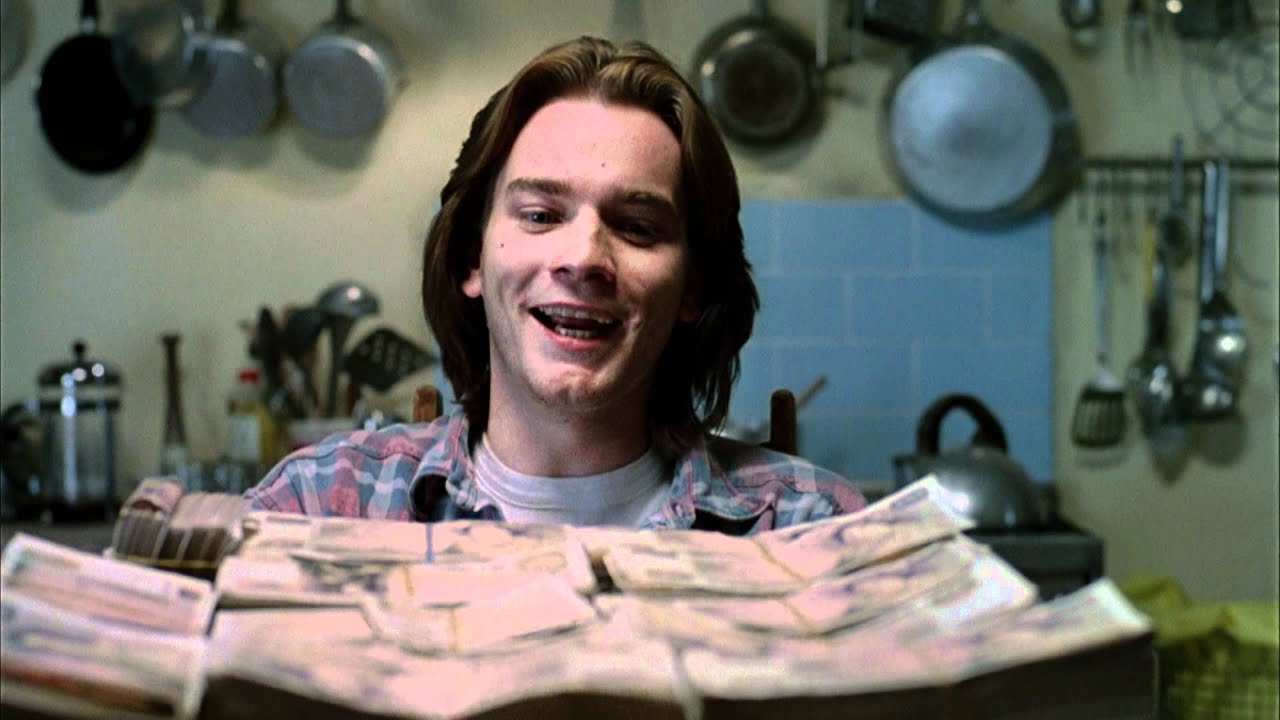 Shallow Grave is a savagely entertaining film. The tale centers around an accountant, David (Christopher Eccleston), a doctor, Juliet (Kerry Fox) and a journalist, Alex (Ewan McGregor) as they search for a fourth roommate for their flat. In their search, they decide to extend an invitation of residency to the aloof Hugo (Keith Allen). However, Hugo soon dies of a drug overdose beside a sizeable sum of money. After some discussion about what should be done with Hugo and the cash, the three flatmates decide to split the money. Sadly, they also decide to mutilate and bury Hugo’s body. Soon, things start to turn even more grisly as each roommate considers taking all the money and scamming the others.

Seemingly, Danny Boyle presents Shallow Gave as a standard thriller. Boyle’s use of shadowy dark rooms and he’s-behind-you moments achieves a level of tension needed to make audiences feel uneasy. However, Shallow Grave elevates from serviceable to insanely intense thanks to the morally-fluid characters and relentless pacing. As the plot goes on, viewers’ hearts begin to pound as the situation grows more and more volatile, vindictive, and unpredictable.

Shallow Grave is also an incredible movie because of its deceptive subtlety. Instead of shocking gore, the violence in the film is heightened by macabre sound effects, a confined environment, and a feeling of distrust that cannot be shaken.

Shallow Grave manages to remain an effective yet pulpy adventure that maintains a good sense of spontaneity and suspense.