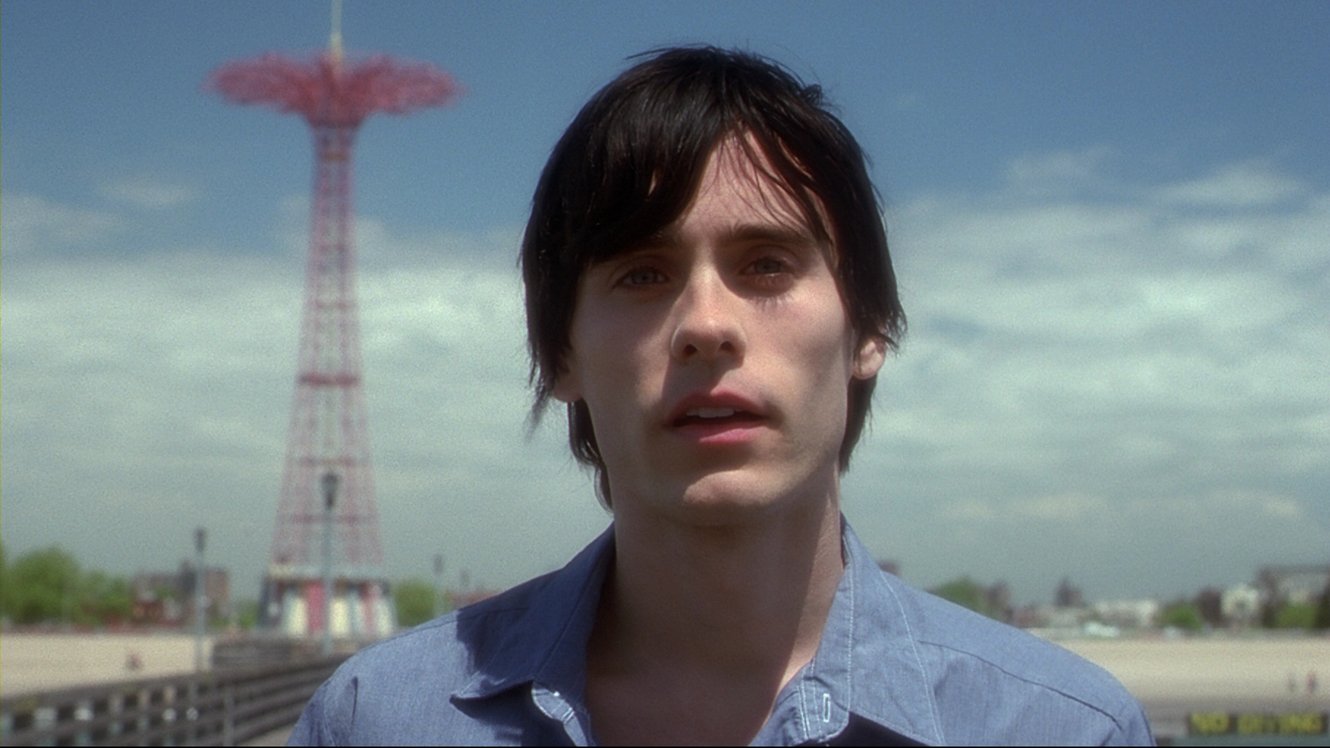 Soundtracks are often associated with classical musicians. In the 30s and 40s classical composers such as Max Steiner and Miklos Rozsa established the way soundtracks should sound. As time passed, jazz began to be incorporated into the genre by the likes of Quincy Jones and Lalo Schifrin, jazz musicians who brought a lot of eclecticism to soundtracks.

Movie scores started to go in different experimental ways, there were orchestral cues, jazz cues, rock cues, bossa nova cues, pop cues, everything was possible. After the 60s, New Hollywood directors like Martin Scorses and George Lucas incorporated pop songs into movies. Easy Rider’s soundtrack became a huge success, consisting only of pop/rock songs. After that directors started to hire pop/rock artists to record songs for movies, such as Simon & Garfunkel in The Graduate.

Finally rock groups began to write incidental music for movies (Goblin, Tangerine Dream, Pink Floyd), creating new possibilities for the soundtrack genre. This list focuses on musicians who had a career in pop music before they started to work as soundtrack composers, achieving success creating instrumental scores for movies. 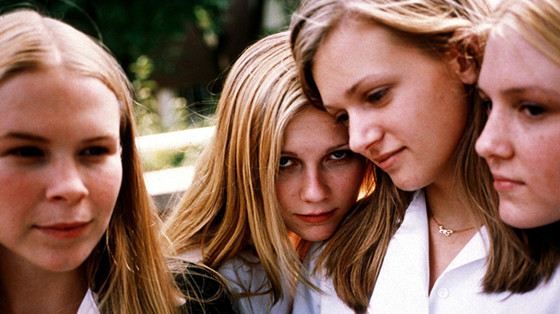 Sofia Coppola’s tale about puritanism, repression, and depression is scored by the French duo Air, an influential indie-electronic group that has a special esteem for soundtracks. The score has its highlights when the duo decides to pay tribute to their heroes Michel Legrand and François de Roubaix, French film composers who had a knack for beautiful sad melodies, in tracks such as Playground Love and Highschool Lover. 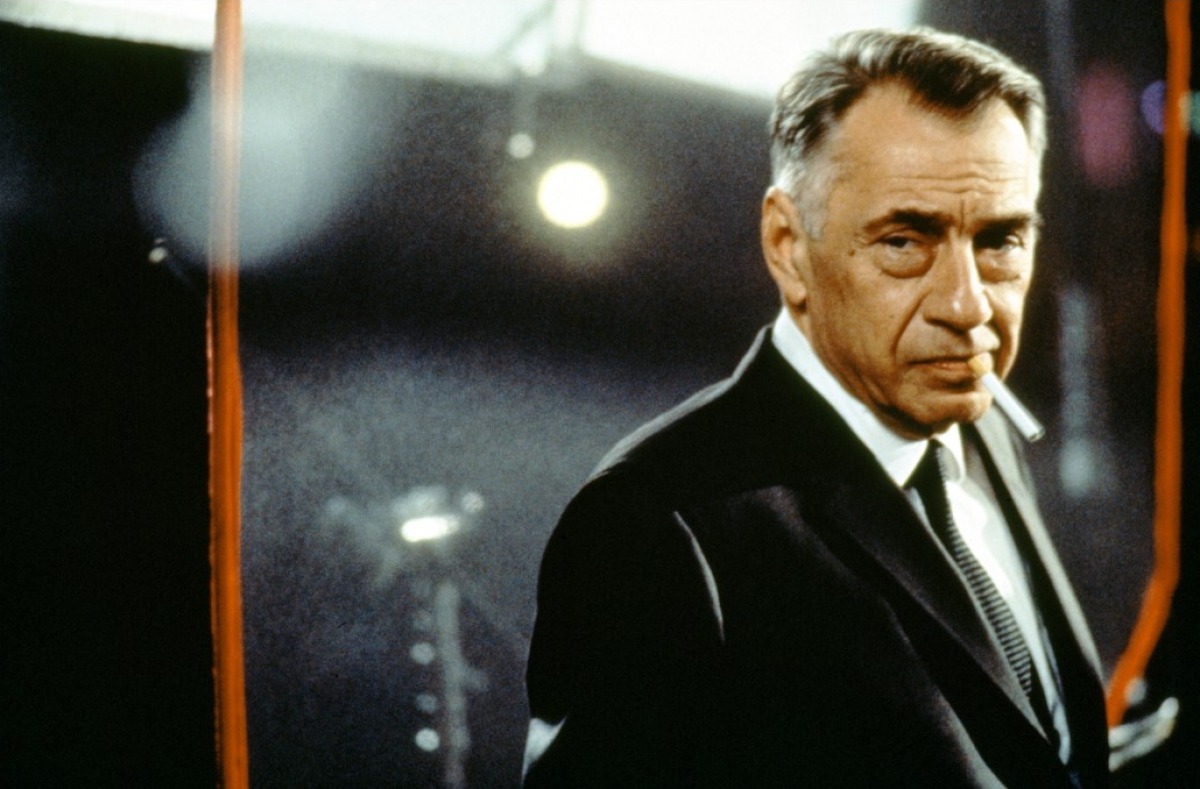 Michael Penn achieved some success in the late 80s with his single No Myth, but his career as a pop musician did not obtain the same fame as his brothers, actors Sean and Chris. Since the 90s Penn has been working on many soundtracks and his debut was for Paul Thomas Anderson’s neo-noir Hard Eight. The score is really sparse throughout the movie which doesn’t make it less important. Clementine’s Loop is a terrifying track that appears right on the first scene, anticipating the troubles there are about to come in this Casino-esque Story. The rest of the score contains interesting jazzy noir cliches with vibraphone and organ minor melodies.

Jim Jarmusch’s spiritual tale about the unlike outlaw, William Blake, and his Native American guide, Nobody, was scored by Neil Young, a notorious supporter of Native American causes and guitar noises. Using guitar, organ and lots of effects, the Canadian rock legend was capable of creating a very interesting soundtrack that offers a lot of intensity to the poetic atmosphere of the movie. Since the images and words carry a lot of meaning in the movie, the minimalist ferocity of the score helps to underscore the feelings on screen. 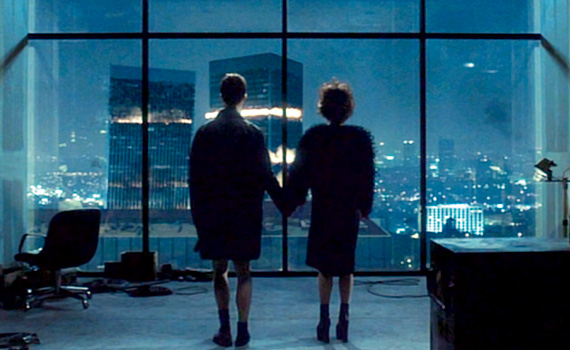 David Fincher intended to break new ground as he hired the famous duo of producers, The Dust Brothers, to create the soundtrack for his cult classic Fight Club. The duo created tracks filled with drum loops, electronic scratches and computerized samples to score Chuck Palahniuk’s book adaptation. The tracks sound robotic and repetitive – as the routine of the anti-hero’s life- and urgent and violent when he starts the Fight Club. The result is a nontraditional movie score that contributes a lot to the movie’s frantic aggressiveness and paranoia.

Spike Jonze has always worked with pop artists in his career as a director, directing many videoclips, including some memorable work for Bjork and The Beastie Boys. Her was not the first time he hired a pop musician to compose a soundtrack, Karen O from The Yeah Yeah Yeahs did the soundtrack for Where the Wild Things Are, doing a fairly good job.

For the love story of a lonely man in love with his computer system, he called the Canadian indie group Arcade Fire. The result was a very beautiful score. Slow paced and melancholic, the score serves as a background for Joaquin Phoenix’s character’s lonely moments and reminiscences of his ex-wife, as well as tieing up the plot twists. 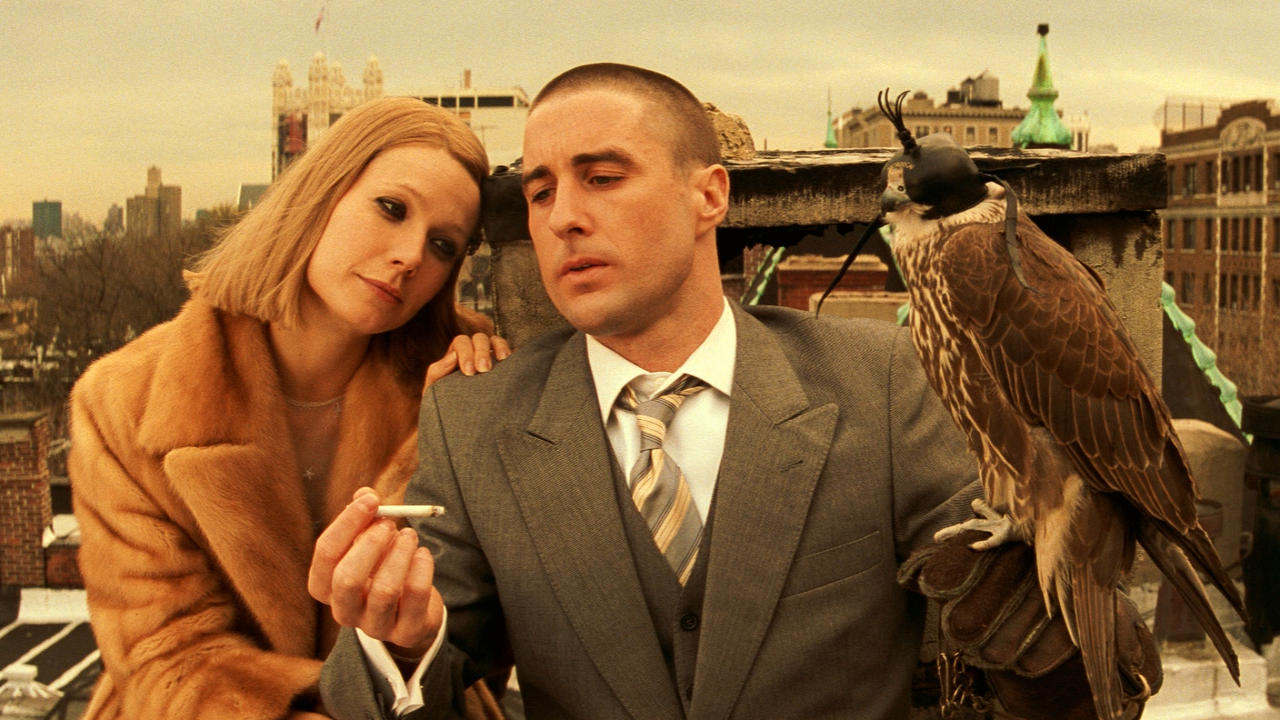 Wes Anderson is a notorious enthusiast of the use of pop songs in his movies. There are many examples of famous songs by pop/rock artists in his movies. When he resorts to incidental music, he usually hires Devo’s member Mark Mothersbaugh to compose it. Mothersbaugh has a long career in composing music for TV shows, commercials, and movies. In this tale about the eccentric family of depressed geniuses, the Devo frontman created some great tracks like 111 Archer Avenue, Mothersbaugh’s Canon and Sparkplug Minuet, that express the bittersweet feeling of the picture. 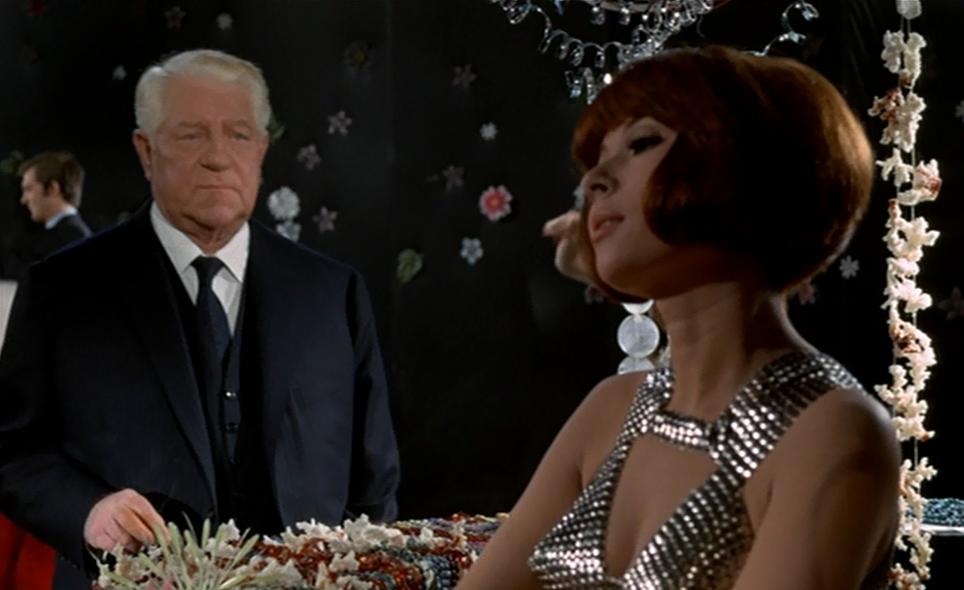 Le Pacha stands out as Gainsbourg’s highlight as a movie score composer. The main track, Requiem Por Un Con, is classic Gainsbourg: hypnotic beat, great arrangement, and controversial lyrics. Psychastenie is an addictive instrumental groove with sitars. Joss à la Calavados is a jazz ballad that smells like a pack of Gauloises Gainsbourg had just smoked. The overall result is a great soundtrack mixing songs and incidental music. 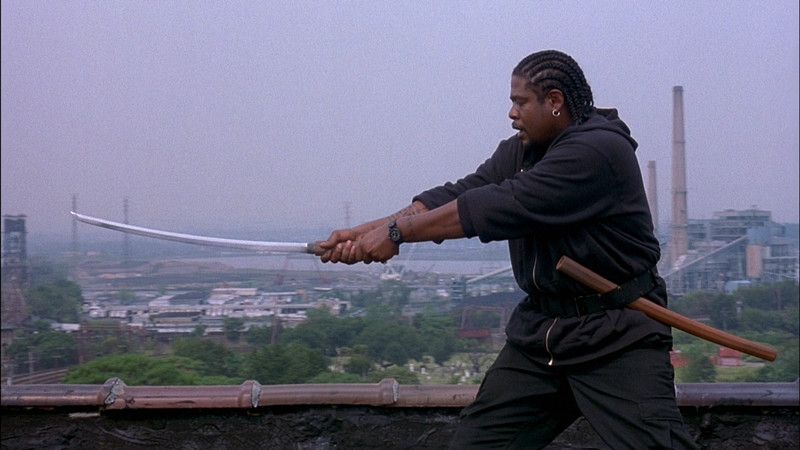 The result is a surprisingly good score, composed mainly of hip-hop instrumental beats, that add up a lot of value especially for the takes in which Jarmusch focuses on Forest Whitaker, whether he is driving a stolen car, practicing martial arts or resting with his pigeons. Much similar to Alain Delon in Le Samourai, Whitaker is a silent character, who says much more by not saying anything and RZA’s tracks contribute a lot to the expression of these moments. 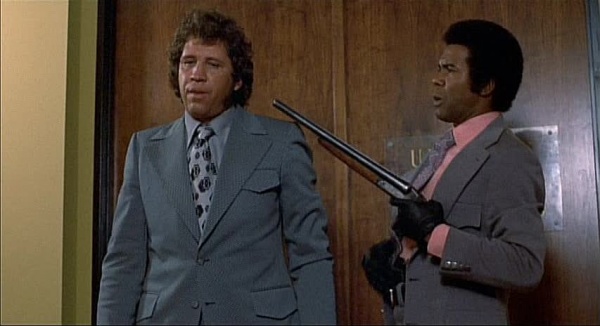 After releasing the acclaimed What’s Going On in 1971, Marvin Gaye signed a new deal with Motown which allowed him to produce and compose the soundtrack of the movie Trouble Man. Following the success of Curtis Mayfield’s Superfly and Isaac Hayes’ Shaft, the Motown singer was another renowned soul artist who stepped in the soundtrack genre.

Marvin Gaye composed mainly instrumental tracks, jams played by The Funk Brothers. Trouble Man and T Plays It Cool are upbeat funky tracks that set the Blaxploitation tone of the movie. But the highlight is Cleo’s Apartment; starting with some atmospheric orchestration, the track turns into a beautiful soul lament, a vocal song without lyrics, in which Marvin Gaye can put all his emotion and soul.

Since their first work together in 2007, There Will Be Blood, Jonny Greenwood and Paul Thomas Anderson have been building up a partnership in the likes of Bernard Herrmann and Alfred Hitchcock, in which movies and soundtracks are almost an indistinct unity, given the level of synchronicity and dialogue between them.

The Radiohead guitar player used a 60-piece orchestra to create a lavish soundtrack. The arrangements are refined in order to serve the film. PT Anderson filming style usually does not allow original scores to be flamboyant or to overpass the scenes. When he wants music to be in the limelight, he tends to resort to pop music, which can be exemplified by some Boogie Nights scenes. Greenwood’s baroque compositions fit perfectly the movie’s tone and show a composer who has a lot to contribute to the genre.