Biopunk (biology + punk) is a subgenre of science fiction, derived from cyberpunk, that focuses on the implications of biotechnology rather than information technology.

Being concerned with synthetic biology and the (most often unintended) consequences of the biotechnology revolution, it usually features individuals that are modified and enhanced not by cyberware or mechanical means, but by genetic manipulation, or some type of combination of both.

Most often keeping with the atmosphere of cyberpunk, biopunk generally examines the dark side of genetic engineering and represents the low side of biotechnology.

The typical (and rather inevitable) dystopian dimension often deals with totalitarian/oppressive governments or mega-corporations that misuse biotechnologies as means of social control and profiteering, clashing with bio-hackers and individuals or groups, often the product of such human experimentation.

Many features of biopunk fiction have their roots in William Gibson’s Neuromancer, one of the first cyberpunk novels. However, mutation and hybridisation have been widely used in fiction, starting in the 19th century with science fiction works such as Mary Shelley’s Frankenstein (1818) and H. G. Wells’ The Island of Dr Moreau (1896).

Without further ado, here are 15 biopunk films that are worth your time. 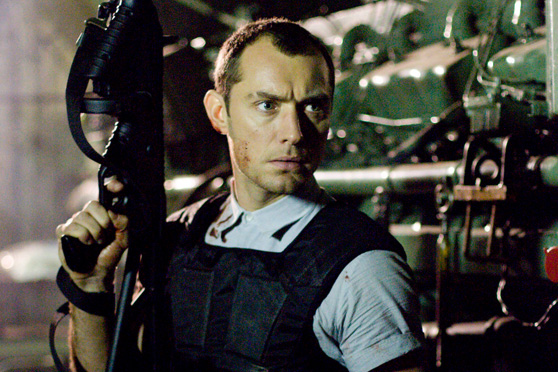 Big bad (seemingly benevolent) biotech corporation is selling you artificial organs because “you owe it to yourself”, but when the payment is past due, said big bad corporation sends hitman surgeons to extract and retrieve the organs.

Handsome Remy (Jude Law) and menacing Jake (Forest Whitaker) work together, sharing a common past and a close friendship. As always, things take an unexpected turn and the hunter becomes the hunted.

The main problems come from the messy script, with some parts and decisions feeling more artificial than the organs extracted. This film is nowhere near being great, but if you tune down your expectations, it actually de-livers (pun intended), and the final bits make up for a lot of the “mamba”-jumbo. Just admit it, there are worse ways to die than being eviscerated by Jude Law in your house, late in the night. 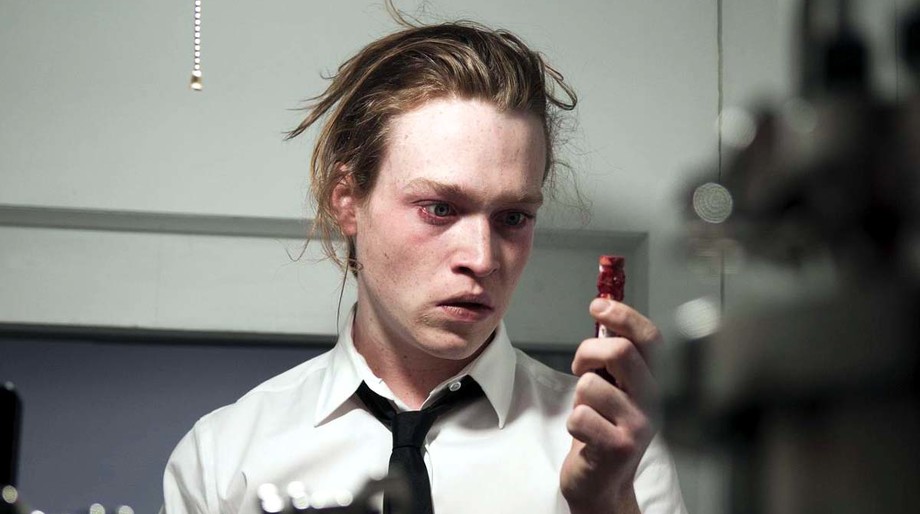 Directed by Cronenberg’s son, this is a very strange film (as one would expect), but also a very special and interesting one. Another big bad company (Lucas Clinic) is selling and injecting ‘famous’ viruses into their customers, on demand. And by famous, we mean viruses that were harvested off celebrities.

This is a dark satire that takes people’s obsession with celebrities to an entirely new level. It explores the idea of sharing sickness, disease and viruses (the exact same strain) as a way of feeling physically connected with the famous person that represents the subject of one’s fixation.

To expand the world even more, the plot takes us into butcher shops that sell celebrity cell-stakes, but also open doors into the black market world, where strains of viruses are being traded.

Caleb Landry Jones fits very well the role of a pale feverish employee doing his own shady business on the side. The art direction and cinematography cleverly use white and grey pallets to paint a sterile imagine of a sick world, devoid of life and genuine emotions.

Not bad at all for a debut film, but we are talking about Cronenberg Jr.

A salary man is being followed and haunted by a metal fetishist, eventually clashing and fusing together, creating a new kind of being, a human-machine symbiote with visions of a new world.

Using metaphors of mechanization and employing biopunk elements for stylistic purposes, it gives form to some of the anxieties of the Japanese society, dealing with dehumanization, industrialization and the post-human experience.

The dizzying camera work, practical effects, stop motion, combined with post-punk influences on the soundtrack, amplify the sheer insanity of it all and make it feel like 1h long industrial music video, with Kraftwerk and Ministry vibes to it.

Needless to say, Tetsuo is not for everyone and most certainly not for those who are easily disgusted. And if you truly enjoyed this film, maybe you should not brag about it. 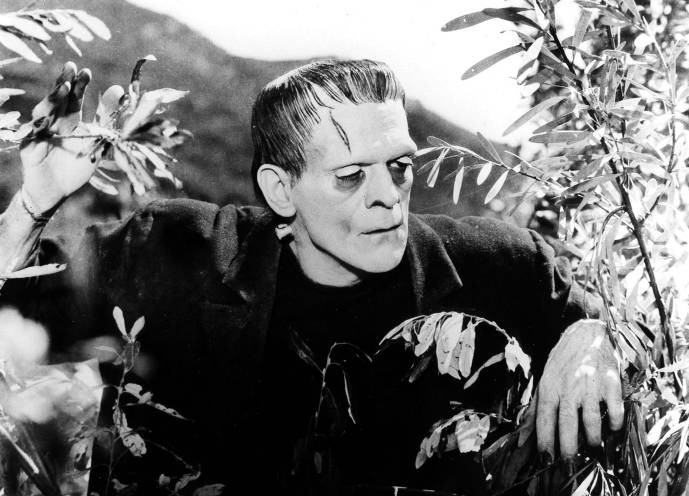 Rebellious Dr. Frankenstein goes against dogmas and the university to follow his wild ideas and experiments, seeking to revive a creature assembled from body parts dug out of fresh graves. You know, the usual.

Based on Mary Shelley’s story (that just turned two centuries old), it reflects upon some fundamental questions about the nature of Life, Death, Creation, Eternity, themes further explored in “Bride of Frankenstein” (which also introduces the concept of an artificially developed human brain). Though infused with elements of the Gothic novel and the Romantic movement, Brian Aldiss has argued that it should be considered the first true science fiction story.

Like all great sci-fi stories, it injects a sense of wonder and curiosity, drivers for science and research that push the limits of what is believed to be possible. It also touches upon the fine border between brilliance, passion, madness, and insanity, a line that once crossed could turn great scientific breakthroughs into abominations.

Is Frankenstein’s creation truly alive or merely an electrified puppet? Is consciousness what really makes us human? Is putting down such a creation murder or mercy?

Frankenstein is not only a great piece of classical sci-fi horror, but also a truly beautiful film, with great setup, lighting and shadows, fantastic makeup and practical effects, with intense and believable acting. For a material dating 9 decades, this film has aged incredibly well. 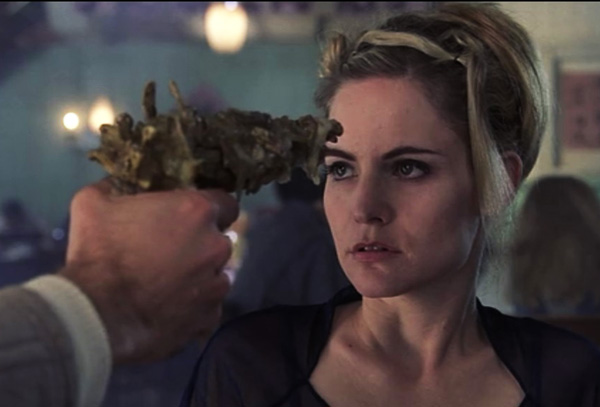 Out the same year with the Matrix (just weeks apart), eXistenZ seems to share some common DNA, while being very different. Famous game-designer Allegra Geller (Jennifer Jason-Leigh) and security guard Ted Pikul (Jude Law) find themselves in the middle of a conspiracy the keeps getting stranger as it unfolds.

This body horror features ‘alternate reality’-inducing organic technology and gaming consoles (game-pods that are actually living organisms), that are plugged via some sort of umbilical cord into a bio-port, at the base of the spine. There are also guns made of organic matter, bones and cartilage, and plenty of gooey stuff.

What makes us who we are, what shapes our identities? What is the difference between Virtual Reality and actual Reality, other than the level of detail? These are just some of the questions one might think about while watching this film.

With a complex (almost convoluted) script that requires multiple viewings, and metaphors within metaphors, one should maybe not search for logical explanations regarding the way things unfold. A recurring Cronenbergian theme is that human reality begins and ends with the body, and can only be accessed through the medium of flesh. Long live the new flesh! Wait, wrong film.

Videodrome gradually turns into a multi-layered metaphor encapsulating some of the fears and anxieties of the violent 80s, many of which are just as valid now as they were back then, a world addicted to various forms of extreme entertainment and escapism, and gateway drugs to alternate realities.

Once more, the line between reality and fiction, blurred by hallucinations, becomes indistinguishable, making the viewer just as dizzy, confused and lost as the main protagonist (James Woods), which serves the concept of the film perfectly. In the end, “your reality is already half video hallucination”.

Using organic elements for artistic purposes and visceral metaphors, and filled with excellent pieces of dialogue and monologue that add philosophical depth to the strange events, the film reflects on the “evolution of man as a technological animal” and “the beginning of the new flesh”. As Marshall McLuhan put it, “the medium is the message”. Long live the new flesh! 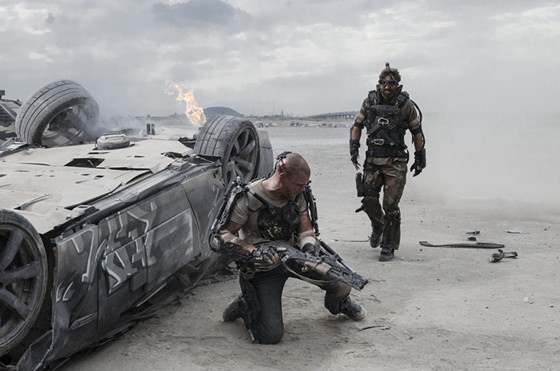 The year is 2154: Utopia in the heavens, Dystopia on ground. The wealthy and powerful now live in Earth’s orbit, on the Elysium station (Stanford torus design), while down on Earth, ‘it’s all one ghetto, man, giant gutter in outer space’, to quote Rust Cohle.

Former trouble-maker (still a trouble-maker) Matt Damon is forced by circumstances to accept a job that might earn him a ride to Elysium. The job requires some upgrades, namely getting a metallic exosuit attached to his bones and hooked into the nervous system. This exoskeleton allows him to make his way through the corrupt system, when facing the robot police or clashing with a very intense, dark and gritty Sharlto Copley, the main antagonist.

Ryan Amon’s score fuses synthesizers with classical orchestration, injected with sounds of wildlife and noises, like baboon calls, mosquitos buzzing and humming, adding a “drone-y, unsettling sound” to the eerie ambiance of the music. The result is an organic, nontraditional hybrid score that conveys that giant gap between the two worlds, Earth and Elysium.

Since the film deals with trans-humanism and where we draw the line between calling ourselves human and then genetically-enhanced humans, the score plays a major role in the storytelling.