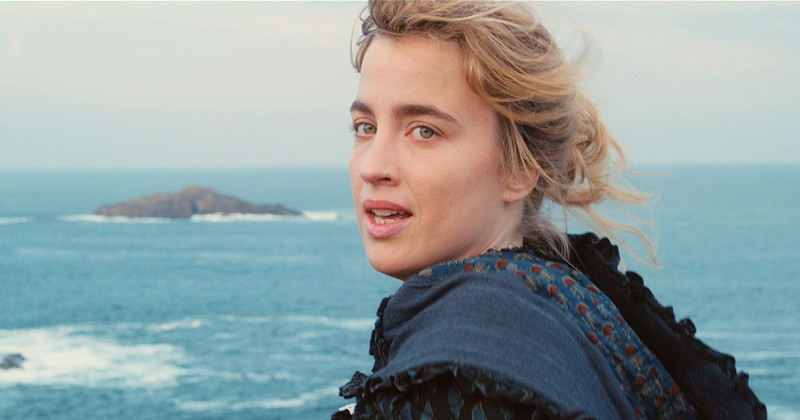 While the language of cinema in 2019 may have told emotional and diverse stories, the 2020 Oscar nominations seemed to have largely shunned unfamiliar creative voices in favor of conventional and recognizable talents. While the past few Oscar seasons have seemingly worked to rectify the cultural callout of 2016’s #OscarsSoWhite, this year’s 2020 nominations are obviously monopolized by male filmmakers, specifically white male filmmakers. This regression in progressive preferences among Oscar voters comes as a blow to the film industry, which has reflected positive steps towards inclusion and diversity in recent years.

Many superb and fascinating films were released in 2019 in cinemas and across streaming platforms around the world, with many of them gaining critical and financial success. However, by being left out of the 2020 Oscar nominations many of these creative talents will not receive the wide scale appreciation that they deserve. Here is a list of ten of the biggest snubs of the 2020 Oscar nominations.

Filmmaker Mati Diop’s Wolof-language Atlantics truly stands out as one of the most lyrical and thought-provoking films of 2019. A delicate story of romance, a tragic portrait of the global migration crisis, and a supernatural exploration of memory are combined by Diop to create a completely original film that is sure to stick with viewers long after the film’s credits have ended.

Atlantics had an extraordinary premiere at the 2019 Cannes Film Festival where it was in competition for the festival’s highest prize, the Palme D’Or. This achievement for Diop marked the first time in the seventy-three year history of Cannes Film Festival that a female filmmaker of African descent has had a film in competition, a great achievement in the largely male-dominated world of cinema. The film went on to win the Grand Prix at Cannes and Netflix acquired worldwide distribution rights.

While Atlantics did make the Oscar shortlist for Best International Film, being submitted by Senegal back in December, it was ultimately left off of the ballot when the final nominations were announced. Diop’s film is a modern masterpiece very much of the current zeitgeist while also provoking a deep emotional response in its viewers. If Atlantics made the list for Best International Film, it would have given an expansive platform to reach a more-mainstream audience that would greatly benefited from experiencing this incredible film.

One of the most memorable film scores of 2019 must include the piercing score created by Mica Levi for Monos. A spanish language film following a fictional group of teenage guerilla soldiers in the mountains of Columbia directed by Alejandro Landes, the savage and surreal film is elevated by a surreal score provided by Levi. Levi’s score is dynamically nuanced and penetrating in a way which almost reflects the overwhelming natural beauty of the film’s South American settings. Mixing airy whistles with bombastic electronic crescendos and ambient natural sounds, Levi’s accompanying score pairs beautifully and dangerously with the erupted forces of Monos.

In the past few years Levi’s work on other film scores including Under The Skin in 2014 and Jackie in 2016 have garnered her much respect and adoration in the world of cinema, even resulting in a Best Score nomination for Jackie. While Levi’s score was kept in many awards conversations throughout 2019 following Mono’s premiere at Sundance, it was left off of even the December Oscar shortlist for Best Score, ending its chances of victory. As with many other Oscars categories that have been mentioned in this list, Best Original Score has also had very few (just nine) female nominees throughout the long history of the awards ceremony, and had Levi been nominated for Monos this year it would have been a major accomplishment for women in cinema.

8. The Lighthouse – Achievement in Production Design

One of the most notable and extraordinary black and white films of 2019 was Robert Egger’s The Lighthouse. A forceful and deranged two-hander between lighthouse keepers Robert Pattinson and Willem Dafoe, The Lighthouse is both rigidly adherent to historical depictions of 19th century maritime culture while also being a completely twisted and contemporary story of isolation and identity. Egger’s 2015 feature debut with The VVitch gained much notoriety for its amazing production design on a budget and with The Lighthouse the promising young director continues to step up his attention to production detail.

The Lighthouse possesses quite a claustrophobic element around its two battling characters, with a very square aspect ratio to further push the characters together. This constrained space within the frame called for tight spaces and certain narrowness within the indoor locations. Being shot on black and white film with a story that necessitated overcast and stormy weather also must have been challenging in regards to production. The crew also built the lighthouse where much of the film takes place in order to conform to how the film was shot.

Although The Lighthouse may present itself at a glance in some ways as being simply a character-focused psychological horror shot in black and white, the film is actually quite successful in combining production elements and a contorted story to create a very complicated technical accomplishment for Eggers and his crew. The Lighthouse very deservingly did end up receiving a Best Cinematography nomination for the work of cinematographer Jarin Blaschke, the marvelous production design was unfortunately overlooked by Academy voters.

7. Claire Mathon – Best Cinematography for Portrait of a Lady on Fire

French female cinematographer Claire Mathon gained much prominence during the 2019 Cannes Film Festival where she was credited for the cinematography of two dazzling films, Atlantics and Portrait of a Lady on Fire. Portrait of a Lady on Fire, directed by French filmmaker Céline Sciamma, is an 18th century romance between two young women who live under very different circumstances. The film possesses themes of art and memory, which Mathon certainly connects to in the stunning manner that the film was shot in. Many scenes in the film are so intensely painterly – many exterior shots by the French seaside that are nearly as experiential as looking at a great piece of 18th century artwork in a museum.

While Mathon has received many accolades for her work on Portrait of a Lady on Fire, including a nomination for Best Cinematographer at the upcoming French César Awards, she failed to receive recognition from the Academy voters this year. Based on her exquisite work on films in 2019 however, Mathon will undoubtedly be a promising hopeful for Oscar seasons yet to come.

It is obvious that the surprise contender in the 2020 Oscar race is South Korean Bong Joon ho’s film Parasite. The Hitchcockian dark comedic depiction of class struggle in modern times has garnered six nominations including Best Picture, Best Director, and Best International film, but unfortunately failed to gain any nominations in the acting categories. While the entire cast of Parasite is exceptional, even winning the Screen Actors Guild for Outstanding Performance by a Cast in a Motion Picture, actor Song Kang-ho seriously stands out in his hilarious and tragic role as the patriarchal Kim Ki-taek.

Song Kang-ho is well-known in Korean cinema and even for his roles in other Bong Joon-ho films including The Host and Memories of Murder. His latest role in Parasite shows off his impressive acting skills tremendously, as Kim Ki-taek is a very conflicted character who faces the extremities of life in a world where it is increasingly difficult to access higher levels of success and prosperity.

Had Song Kang-ho been nominated for Supporting Actor this year, as his performance in Parasite deserved, he would have been one of the only people of color to be nominated across all acting categories, a serious representation issue that has been highly criticized since the final nominations were released.