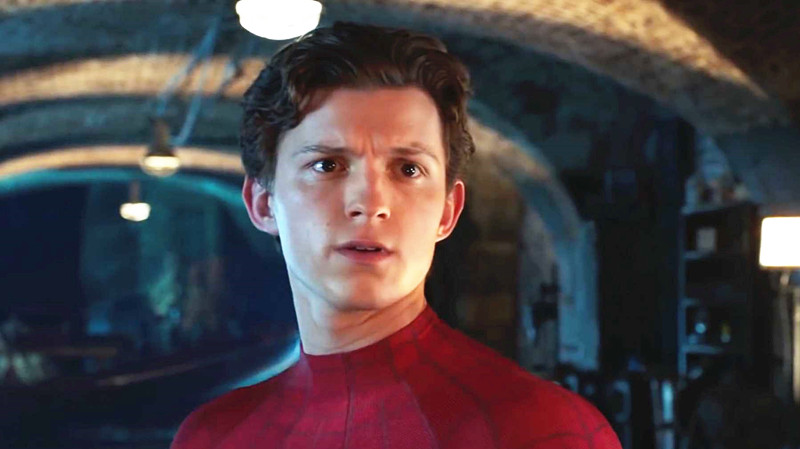 Outside of Batman, no superhero has appeared in more movies than Spider-Man. One of the most popular superheroes of all-time, Spider-Man has always been one of the most relatable characters within the Marvel mythology. Whether he is Peter Parker or Miles Morales, Spider-Man is inherently a kid who bites off more than he can chew and is forced to take on great responsibilities. The iconic webslinger made his cinematic debut with Sam Raimi’s 2002 Spider-Man, and has been rebooted several times.

The role has been passed between many actors, and the best Spider-Man films are the ones that reflect the personal struggle that Peter Parker (or Miles Morales) faces when balancing his life as a teenager and his goals as a superhero. The franchise doesn’t seem to be slowing down anytime soon, as a yet untitled third MCU Spider-Man film starring Tom Holland is set for release in 2021, and a sequel to Spider-Man: Into the Spider-Verse will be released in 2022.

For this list, only films starring Spider-Man will be included, so films such as Captain America: Civil War, Avengers: Infinity War, and Avengers: Endgame will not be considered. Also, the spinoff Venom is not considered part of the main Spider-Man series. Here are all eight Spider-Man films ranked from worst to best. 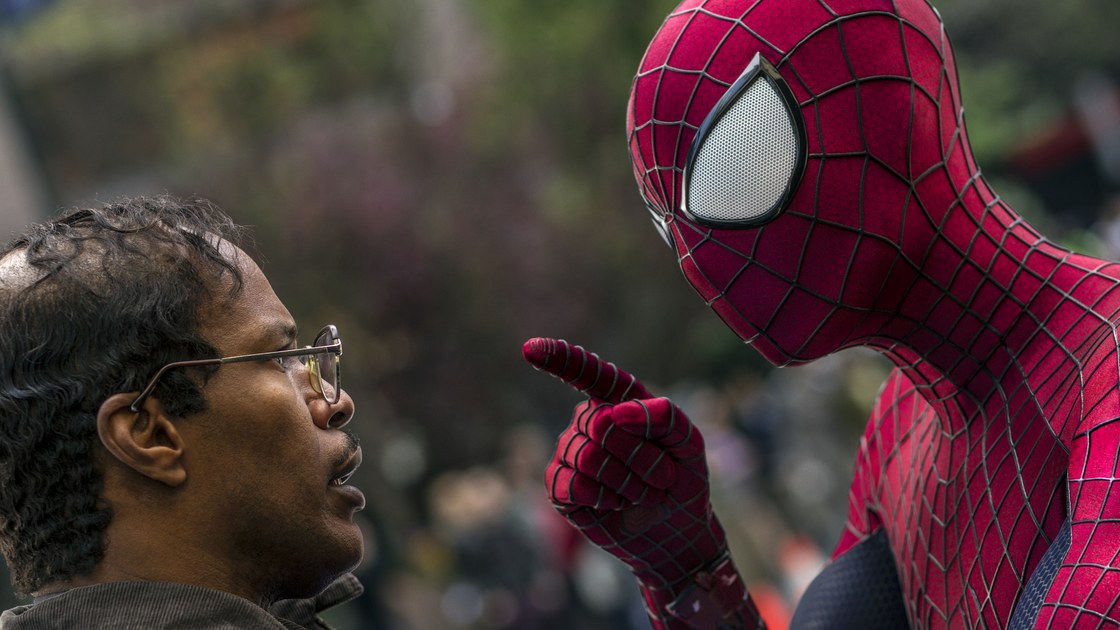 The second Spider-Man film starring Andrew Garfield was an unmitigated disaster; instead of moving forward with the story and developing Peter Parker as a character, the film exists purely to set up several sequels and an extended universe that would include spinoffs like The Sinister Six; due to the critical failure of the film, all plans for the universe were halted and the series was rebooted once again within the MCU. The film has so many loose ends that aren’t resolved, and the frantic editing makes it nearly impossible to focus on any one storyline.

The film’s real failure is its villains; despite casting three great actors, none of the characters are a compelling threat to Peter Parker. Dane DeHaan is certainly trying as Harry Osborn, but the character’s relationship with Peter isn’t well established, and Harry’s transformation into the Green Goblin is very rushed. The less said about Jamie Foxx as Electro and Paul Giamatti as Rhino the better, as both actors manage to sufficiently embarrass themselves with their ridiculous performances.

While the chemistry between Andrew Garfield and Emma Stone was a highlight of the first The Amazing Spider-Man film, their relationship is drawn out and less playful. The action sequences are frequent, yet unmemorable, and even the musical score is off putting and obnoxious. The final scene of the film, in which Peter saves a little boy dressed as Spider-Man from the Rhino, is so lazily conceived and cheesily written that its shocking anyone involved thought it would be a good idea. With underdeveloped characters, an inconsistent tone, and a cynical emphasis on setting up future movies, The Amazing Spider-Man 2 is easily the worst Spider-Man film to date. 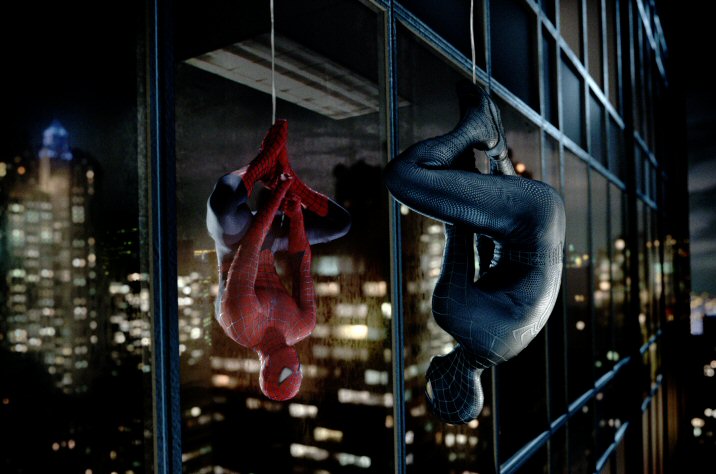 Like The Amazing Spider-Man 2, Spider-Man 3 suffered from a great deal of studio interference, as Sam Raimi was forced to include the characters Eddie Brock/ Venom and Gwen Stacy in the story, resulting in an overstuffed movie that isn’t able to juggle all of its plot threads. However, while The Amazing Spider-Man 2 felt like a cynical studio product, Spider-Man 3 still retains the unique stylistic sensibilities of Sam Raimi, whose unique humor still comes through. Even the most ridiculed moments, such as the infamous Peter Parker dance sequences, are at least attempting to reflect the same goofy tone of the first two films.

Like The Amazing Spider-Man 2, the film is overstuffed with too many villains, but some of the characters actually work. Thomas Hayden Church is actually quite good as Flint Marko, a thief who is trying to save his daughter’s life and is turned into the Sandman. Marko’s descent into villainy works, and Peter’s decision to forgive him at the end is actually very effective. However, Topher Grace’s performance as Eddie Brock feels like a last minute addition, and his obnoxious character feels tacked on.

Harry Osborn’s transition into becoming the New Goblin is botched, and the various love triangles that exist between Peter, Harry, Mary Jane, Gwen Stacy, and Eddie Brock grow tiresome as the film transitions between wacky comedy and grim melodrama. The idea that Peter Parker would be “corrupted” by the symbiote and unleash his dark side may have worked on paper, but it often comes off as laughable. While not entirely as bad as its reputation may suggest, Spider-Man 3 is a disappointing end to what could’ve been a near perfect superhero movie trilogy. 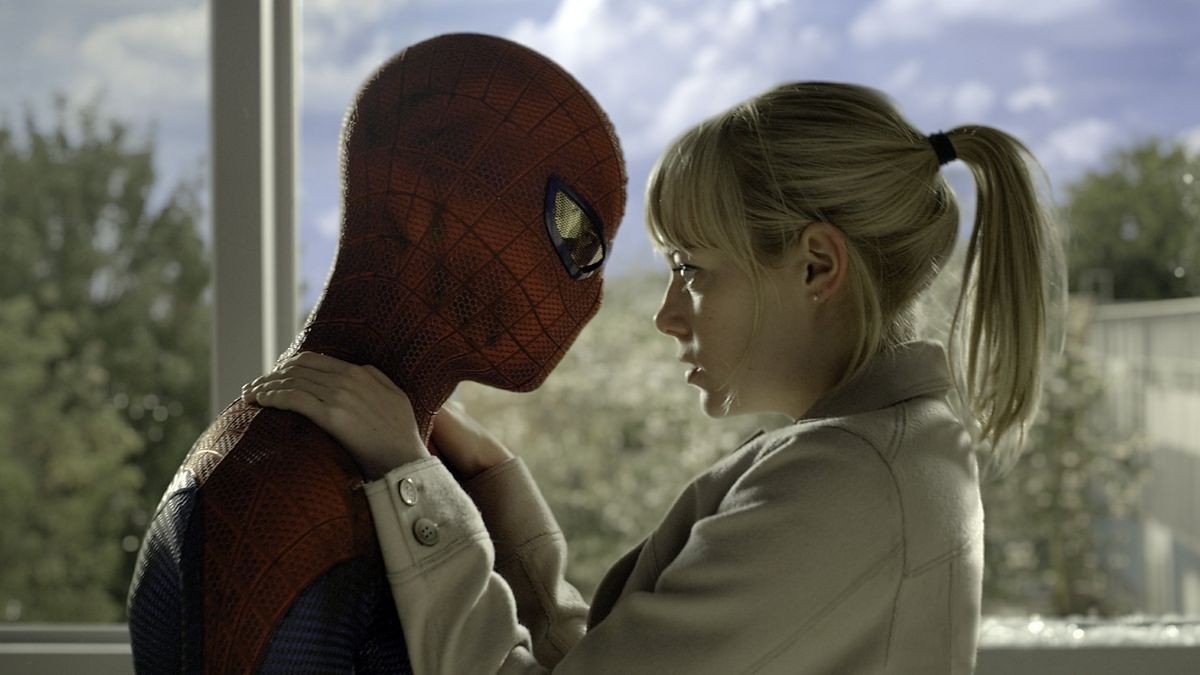 The Amazing Spider-Man is thoroughly fine. It’s not an awful movie, nor is it a great one; it simply exists. The major disappointment of the film is that it relies so heavily on the formula established by Sam Raimi’s Spider-Man that it never develops an identity of its own, and seeing the same origin story again is tiresome and doesn’t add anything new. Certain key moments, such as Uncle Ben’s speech to Peter about responsibility, are nearly entirely replicated, yet they lack the unique stylistic interpretation that Raimi brought to the screen.

The story itself leaves a lot to be desired, as the villain Dr. Curt Connors/ The Lizard (Rhys Ifans) has insufficient motivations, and his plan to turn all of New York City into lizard creatures makes absolutely no sense. The film also relies heavily on Peter’s search into what happened to his parents, and although the film tries to set up an emotional connection, it never comes off as authentic.

Andrew Garfield provided a very different sort of performance as Peter Parker, and although his more modern take on what a teenage loner would look like can feel somewhat incongruent with the Spider-Man mythology, he’s extremely charismatic onscreen, particularly when he’s in the suit. The relationship between Peter and Gwen Stacy (Emma Stone) is a joy to watch, and Dennis O’Leary is also very strong as Gwen’s father George Stacy, a police officer with a vendetta against Spider-Man who becomes another father figure for Peter.

The action sequences are creative and thrilling, particularly the film’s climactic third act confrontation between Spider-Man and The Lizard. The Amazing Spider-Man doesn’t deserve to be lumped in with its sequel, and while it’s not a terrible film, it’s a thoroughly forgettable one. 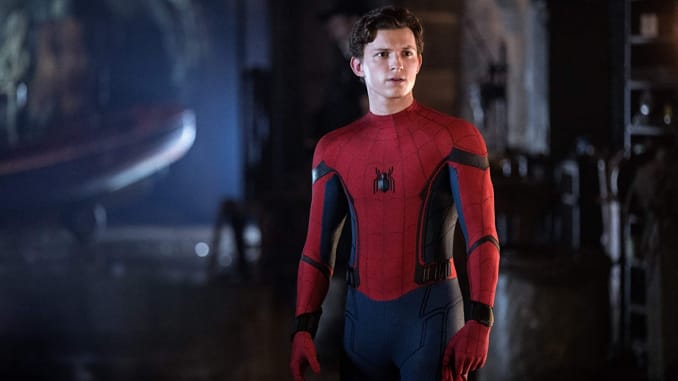 It should be noted that there is a massive quality gap between #5 and #6, as Spider-Man: Far From Home is a very entertaining, yet very safe, entry into the Marvel Cinematic Universe. Picking up right after Avengers: Endgame, the film explores what the world looks like after the death of Tony Stark, and shows the pressure that Peter Parker faces as he lives in the shadow of Iron Man. Like its predecessor Homecoming, Far From Home is a mostly breezy high school comedy that happens to feature superheroes, and the best parts of the film are definitely the relationships Peter forms with his friends over the course of their European vacation.

This comes across best as Peter tries to confess his love for MJ (Zendaya) during his trip, and Peter’s search to balance his life in and out of the suit is a perfect embodiment of the Spider-Man mythos. The film finds a lot of comedy as Peter suffers every possible embarrassment, but occasionally the film suffers from relying too much on the connections to the larger Marvel Cinematic Universe. Even though the story is centered on Peter inheriting Tony Stark’s status, it does feel more like a placeholder in the larger MCU.

Quentin Beck and his alter ego Mysterio is an easy twist to see coming, and although the character’s motivations are fairly thin, Jake Gyllenhaal gives an eccentric performance who once again serves as a stand in for Peter’s absent father figure. The action sequences aren’t particularly memorable, but the pathos of the characters still come through, particularly when MJ learns Peter’s identity. Far From Home succeeds as a Spider-Man film and as a MCU film, but it’s not one of the best in either franchise.