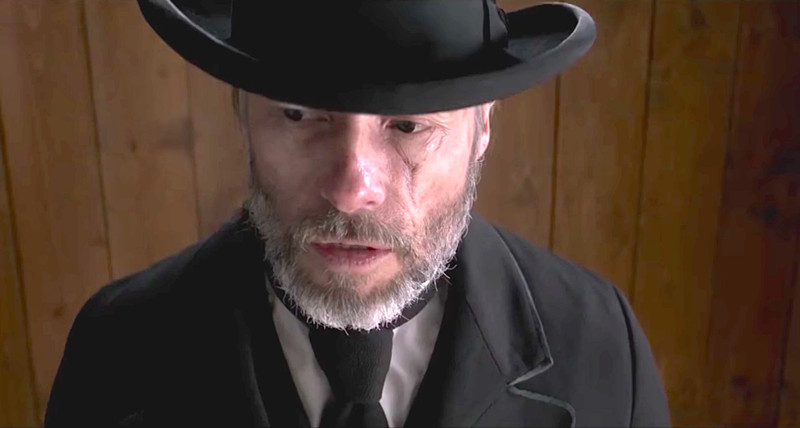 The Western genre has been a popular exploration of filmmaking since the birth of cinema. The sprawling landscapes and epic tales of the genre lend themselves to great interpretation, as seen through the multitude of sub genres that have stemmed from the Western in the past fifty-plus years.

Now available to stream on Amazon Prime are many interesting Western films from across the globe, films old and new that provide fresh and distinctive perspectives on the Western genre. Whether they be undiscovered films or older works buried in the history of cinema, here is a list of great Western films you may have never seen that are readily available to stream on Amazon Prime:

One-Eyed Jacks is an American Western released in 1961 directed by none other than Marlon Brando. In many ways indicative of the traditional Western, One-Eyed Jacks in an epic story of romance and revenge.

The film begins in 1880 Mexico with Brando starring as gunslinger Rio “The Kid” and his mentor Doc, played by Karl Maiden, fleeing for the American border with stolen gold in their saddlebags. On the run from mounted police, the duo find themselves trapped on a cliff with one horse between them. Doc promises to find help, but when he does not return Rio is captured by the police and sent to a brutal mining prison. Upon escaping five years later, Rio learns that Doc has left his gun slinging days behind him and is working as a sheriff in California. One-Eyed Jacks unfolds as Rio heads to California to seek revenge on his old partner in crime.

Well-known as Brando’s only pursuit into directing, One-Eyed Jacks has become a celebrated Western in recent years. The film’s expansive narrative works well in conformity with thematic traditions of the Hollywood Western – delivering considerable drama, violence, and romance to make for a grandeur cinematic experience. Any Western fan with an Amazon Prime account should definitely check out this time-honored film. 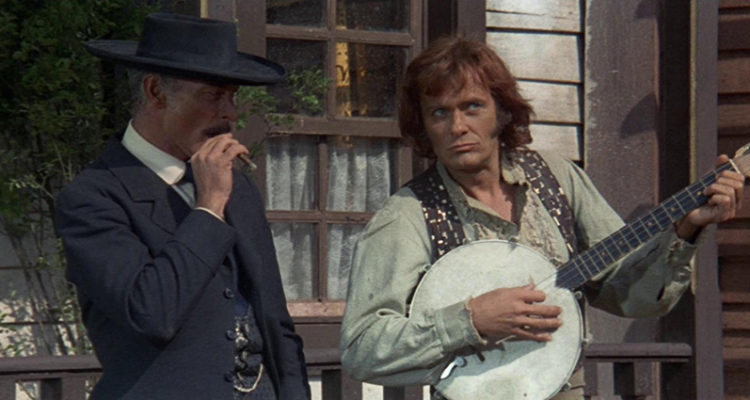 A quiet,mysterious cowboy called Sabata shows up in a small Texas town, preventing a huge bank robbery from happening shortly after arriving. When Sabata learns that the robbery was planned by seedy town leaders, he attempts to blackmail them and much conflict and confrontation ensues for Sabata.

As with many Spaghetti Westerns, Sabata presents a straightforward plot that is more about the action and less about a narrative arc. The film’s rich style feels very European and influenced by the contemporary times, adding an almost campy element to Sabata that is perfectly exhibited through one recurring character’s banjo/rifle hybrid. Sabata also hones in on each of its characters’ fixations with wealth and greed, emphasizing the capitalistic motivations behind the settlement of the American West. An awesome classic Spaghetti Western that many could find entertaining, Sabata is a hidden gem on Amazon Prime.

Little Big Man was directed by Arthur Penn and released in 1970. Adapted from a novel of the same name and starring the likes of Dustin Hoffman, Chief Dan George and Faye Dunaway, Little Big Man re-examines America’s beginnings in the West and many of the religious, social, and political implications that colonization brought upon the region.

Little Big Man begins in the present time of 1970 with the 121 year old Jack Crabbe, Dustin Hoffman’s character, being interviewed by a historian who is interested in Jack’s experiences of the Old West. Jack tells his life story, which he breaks into sections that align with essential elements from the myth of the American West – his time living among the Cheyenne Native Americans, his time as a Christian, a gunslinger, even his time as a scout for General Custer. Jack, also known by his Cheyenne-given name Little Big Man, finds himself caught between white and native cultures and as the film progresses, questioning the morality and spirituality in this evolving world of the American West in the face of colonization and capitalism.

Satirical, melancholy, violent, and metaphysical, Penn’s Little Big Man is an epic Western that successfully sheds light on many realities of the American Frontier. Another ‘70’s film on this list to prescribe to notions of New Hollywood filmmaking, Little Big Man works to confront America’s past and highlight its connections to the anti-establishment sentiments that were relevant upon the film’s original release.

Unlike many earlier Hollywood films, Little Big Man works to greatly humanize Native Americans and give depth to the Cheyenne and Pawnee cultures portrayed. Actor and real life First Nations leader Chief Dan George was even nominated for an Academy Award for his supporting role as the Cheyenne tribe leader Old Lodge Skins, still today one of the only indigenous people to be nominated for the award. An ambitious and epic Western perfectly indicative of 1970’s counterculture, Little Big Man is a revisionist western classic that should be added to many Amazon Prime watch lists. 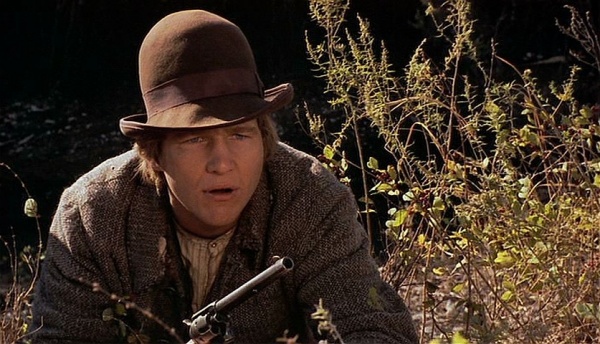 Bad Company is a 1972 Western directed by Robert Benton, the American filmmaker well-known for writing and directing Kramer vs. Kramer. Starring Jeff Bridges and Barry Brown, Bad Company is the story of young men escaping the draft of the American Civil War to seek prosperity in the budding American West.

Drew Dixon is a young Christian fellow who dodges the Confederate draft with one-hundred dollars in his shoe and a plan of escaping the war by heading out west. At the start of his journey, Drew is conned and robbed by an unruly young man named Jake, Jeff Bridges’ character. Upon confronting the thief, Drew is convinced to join Jake and his rowdy posse of young companions who are also heading west. Believing that they will find wealth and adventure in their travels, the group of immature young men become disillusioned with the grand ideas of the American West as Bad Company moves forward.

A Western that aligns with the New Hollywood movement, Bad Company combines elements of epic, big-budget filmmaking with thematic fundamentals that incite deeper thinking. Released during the later years of the Vietnam War, Bad Company reflects the anti-war sentiments of the times through its representation of this gang of young men escaping a war with questionable motives.

As with many Westerns, Bad Company depicts the physical journey of Drew and Jake through the ever-changing landscapes of the West as well as their mental and moral journeys, making this a film of great highs and lows that leads the viewer down an absorbing path of emotions. An amazing model of 1970’s filmmaking in America, Bad Company is a revisionist film not to be missed by any Western fan with an Amazon Prime account. 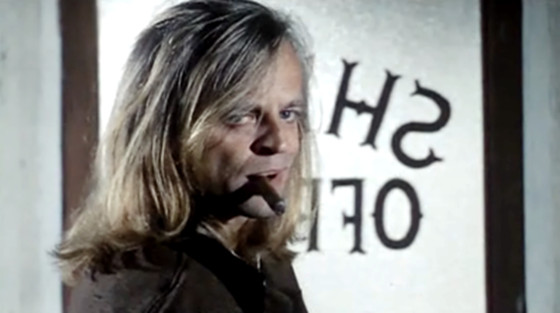 In a typical sort of Spaghetti Western narrative fashion, a former-gunslinger named Trinity leaves his family behind to avenge his murdered brother. A successful bounty hunter, Kinski’s character, is hired to track Trinity down and bring him in to be hanged for the crimes of his past criminal life.

There’s a Noose Waiting for you… Trinity! does little to reinvent the Spaghetti Western wheel – employing a sparse script and relying on Western stereotypes of crooked cops and helpless women to push through yet another story of vengeance and redemption. Regardless of the film’s shortcomings it does have an amazing score composed by the brilliant Ennio Morricone and overall it provides a pleasant level of over-the-top entertainment value. So although it is not the perfect film, There’s a Noose Waiting for you… Trinity! should be added to the watch lists of any Spaghetti Western devotee who has an Amazon Prime subscription.