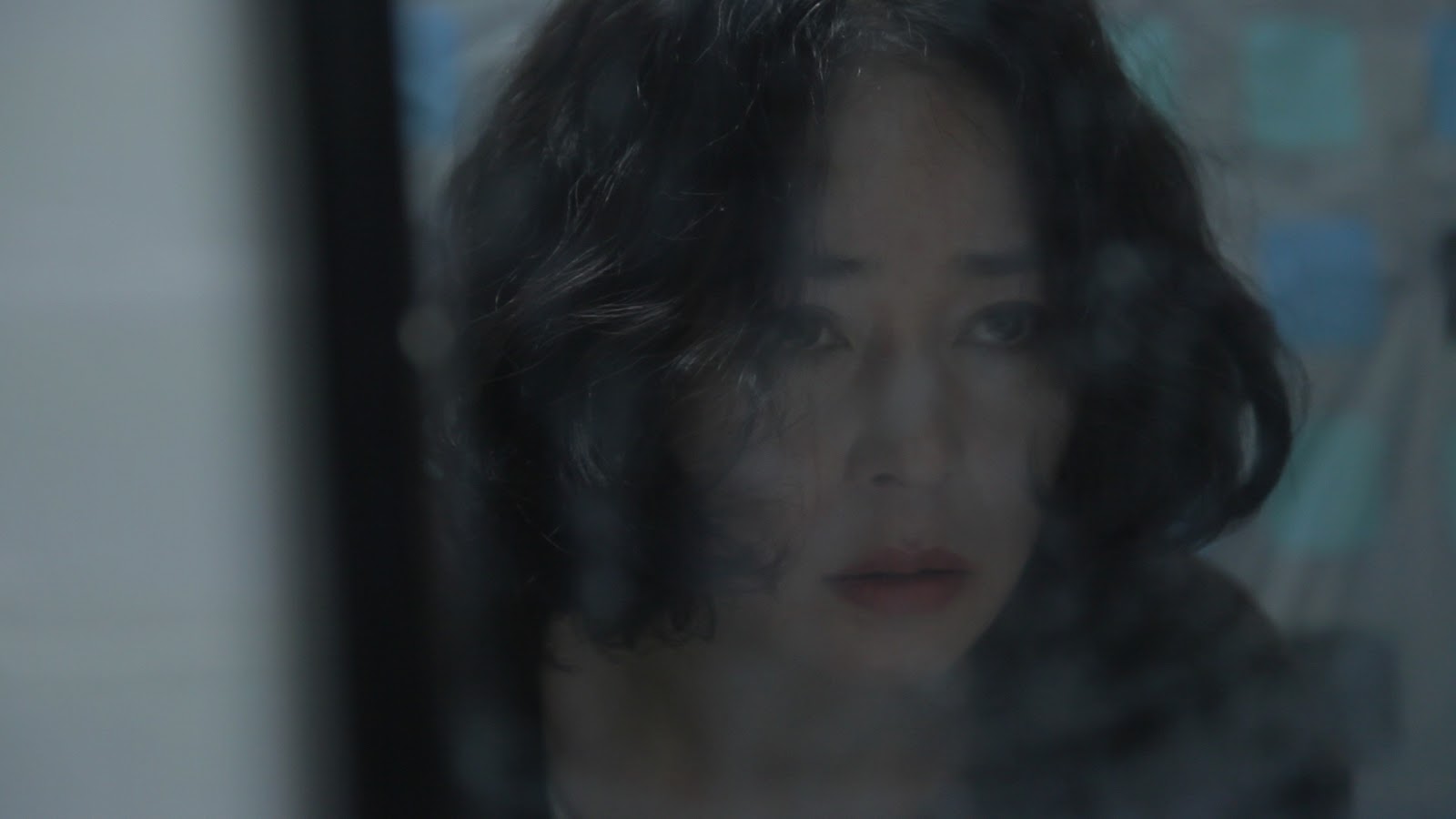 Following Parasite’s Best Picture win at the Oscars, South Korean cinema is arguably receiving more attention than ever. While the works of Bong Joon-ho and Park Chan-wook are both pretty established cinematic touchstones at this point, it feels important to continue to celebrate South Korean cinema. This list will observe important works little seen outside of South Korea but nevertheless provide fantastic viewing. 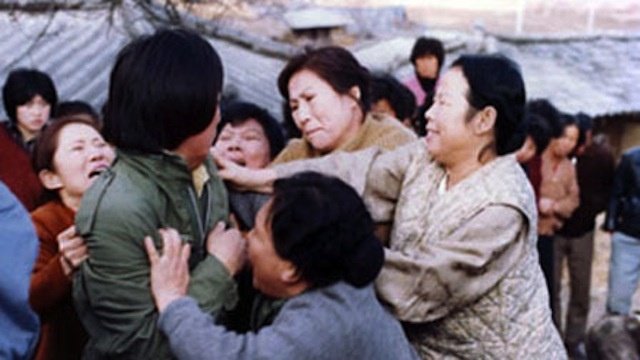 Village of Haze is a film from esteemed South Korean director Im Kwon-taek. The films follows Soo-ok, a schoolteacher, as she arrives at a mysterious, unnamed village. Once there, Soo-ok begins to uncover a secret regarding a taunted, homeless local – Kae-choi. Yet, this synopsis barely begins to describe this nebulous film. Its tone can shift from melodrama to almost Lynchian style horror without pause.

Through the constant changing of tones, Im Kwon-taek makes a deliberate use of contrast within his film. 80s popular culture rub shoulders with more classical stylistic choices. Specifically, the score which encompasses everything from 80s synth pop to sharp, eerie orchestral strings. Kwon-taek, here, uses the music to both create a jarring sense of tension but to also represent and contrast both Soo-ok’s world of modern, globalised 80s Seoul and the far more insular, traditional world of the village.

Despite all of these seemingly contradictory stylistic elements, Village of Haze never feels like several effective moments haphazardly stitched together. In fact, Kwon-taek’s film miraculously still feels like a singular coherent piece. Perhaps this ability to balance so many stylistic devices at once is why he is seen as an unparalleled talent in his home country – and one audiences on the West should pay far greater attention to.

Ultimately, Village of Haze may not be to everyone’s taste – its pacing is slow and the film’s climax may raise an eyebrow due to its overreliance on exposition; however Kwon-take’s film provides an experience rarely offered in cinema. One which immerses its audience in a world they have never seen before and provides an mysterious, unpredictable narrative. 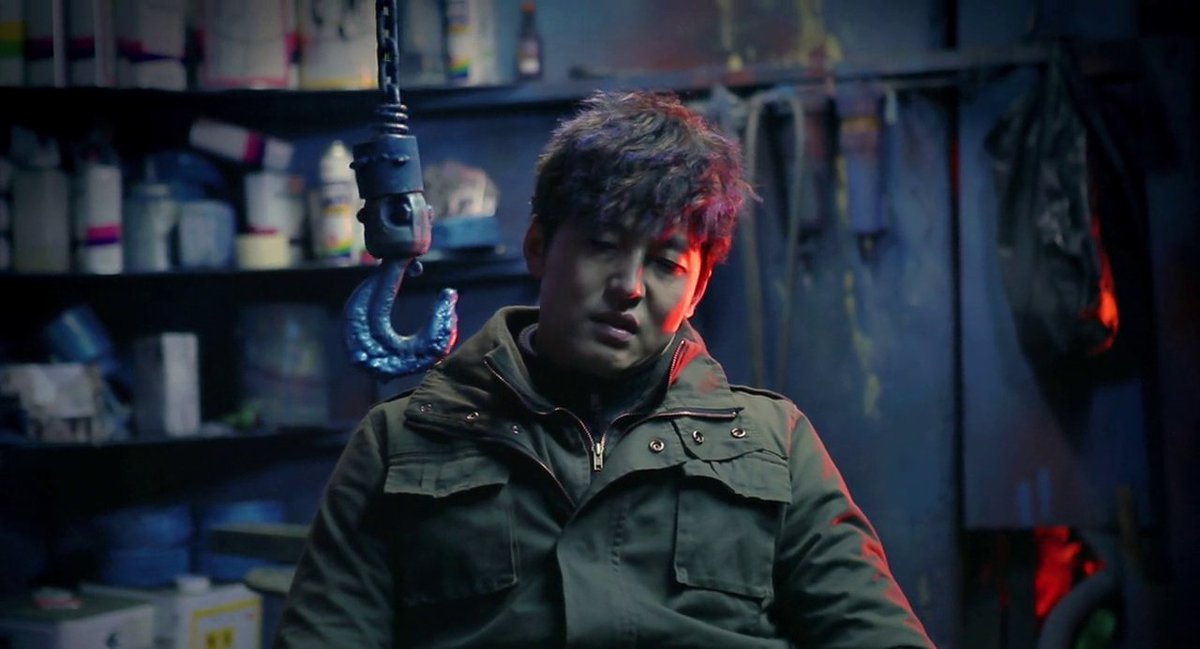 Nothing can quite prepare you for Pieta. Kim Ki-duk’s 18th film follows Gang-do – a vicious and sadistic debt collector. Gang-do travels to poor, struggling business and is willing to break the owners’ bones, bodies and even spirits to collect the money he is owed. Gang-do’s status quo is soon disrupted when he collects money from Mi-Son, a woman claiming to be his long lost mother. Mi-son follows him home and begins to impose herself on Gang-Do’s life.

Pieta’s have had a long history in Western cinema, notably in the works of Catholic filmmakers such as Martin Scorsese and Abel Ferrara. A Pieta is defined as ‘a picture or sculpture of the Virgin Mary holding the dead body of Christ on her lap or in her arms.’. However, to assert that Gang-do is Christ and Mi-Son is the Virgin Mary would be far too simple. Although, to say their relationship is Freudian would not begin to cover it.

Truthfully, this film truly stuns when it moves into a deep, uncomfortable character study of these two damaged people and their turbulent relationship. Jung-Jin Lee as Gang-Do delivers a performance of both raw emotion and incredible restraint. His eyes appear dead as he performs acts of brutality and humiliation during his collections. The violent acts he commits often possess a clear religious undertone – nails go through hands, characters are flagellated and have to walk on broken glass.

Once Mi-Son enters his life, Ki-duk begins to pull back the layers of the character and the childlike, unstable nature of Gang-do is revealed. The audience see a wounded boy desperately needing some form of parental guidance. Meanwhile, Jo Min-soo who portrays Mi-son, is the films crown jewel. She delivers one of the most fearless performances of the 2010s. Her character is subjected to brutality and trauma but never once feels passive or accepting of the situation. Instead she feels stoic, doing what she can to survive in a world that seems intent on breaking her.

Don’t expect an easy watch but if you can stomach Pieta, you will be privy to some of the best character work in South Korean cinema.

Korea in the 1970s was under the military dictatorship of Park Chung-hee. During this time, upper class women were meant to be righteous wives and daughters, while working women became commodified and used as sex workers. Female sexuality was fundamentally not recognised and there was no consideration on sex being a potentially pleasurable activity for women. This makes it even more superising that Winter Woman has been listed by the South Korean film council as the best-selling film of the 1970s. Given that the film itself deals incredibly frankly with the sexual awakening of its female protagonist Yi-hwa.

Yi-hwa operates in an authoritarian world. School, religion and business are clearly presented by director Kim Ho-sun as repressive forces. In turn, the forces and rules the authoritarian world imposes create strange people. Many of whom don’t know the appropriate way to act, socially or sexually, in regards to women. Yi-hwa spends the film learning how to function in this world, moving from interaction to interaction with men of all ages. Winter Woman flourishes when Yi-hwa begins to liberate herself through her various engagements – sleeping with some men and rejecting others – but, crucially, making her own choices. In a notable sequence, Yi-hwa decides to sleep with a teacher at a local university. However, when he asks to marry her she rebuffs him, gaining both pleasure from the sexual encounter and the freedom of remaining an individual.

Whilst the politics of the film have aged well, tonally the film is a little dated. The cinematography favours a use of crash zooms and freeze frames. This style at best can feel absurd and at worst can seem wholly inappropriate – seeming more akin to 70s Grindhouse cinema. Nevertheless, what does stand true is the film’s ability to highlight the hypocritical attitudes society imposes on women. Particularly in its first half, where Yi-hwa is told to behave purely by some men but is stalked and harassed by others. The fact similar behaviours can still be seen in today’s society – in both the east and the west – speaks volumes about the importance of Kim Ho-sun’s film. A true must watch. 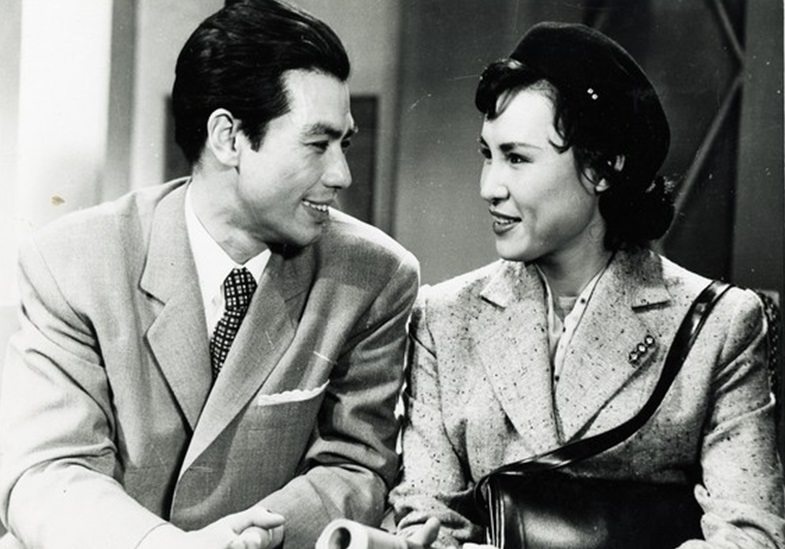 Madame Freedom is a melodrama that follows a couple – Professor Jang and Oh Seon-yeong – as they both engage in extramarital activity. The film opens with the ‘idyllic’ 50s family. Each in traditional and gendered roles: Professor Jang sits in his arm chair and reads a paper, Madame Oh irons and their son plays. This is a gorgeously framed, deliberately stereotypical image of the perfect family. This frame lingers in the mind of the audience throughout the film, especially when director Han Hyung-mo begins to probe beneath the façade of their relationship.

During this time period, Korea was changing. New ideals were beginning to be integrated into a South Korean society that was interacting with Western culture in ways it hadn’t before. The film mirrors this. Madame Oh works at a ‘Western shop’ – a French boutique that sells Channel. Characters offer to take each other for ‘Western food.’ Precisely, the role of the woman is changing. Madame Oh, against the views of her husband, goes out and sources her own job while other characters remark that women need to be ‘economically dependant to avoid the tyranny of our husband.’ A truly radical statement for the time.

This socio-political context doesn’t operate simply as a backdrop for the film. Instead, Hyung-mo uses this changing Korea to add nuance to his characters while simultaneously creating drama and friction between them – leading to moments of truly striking cinema. One scene in particular involves Madame Oh challenging her boss, who accuses women of being a ‘slave to make up.’ The performance is icily cold, Kim Jeong-rim who plays Madame Oh never loses her temper and remains firmly in control of the encounter.

Although, this isn’t simply a film of great moments tied loosely around a story. The story and its characters are pushed to the films forefront. The couple’s deteriorating relationship is captured unobtrusively and candidly by Hyung-mo. The cinematography rarely impedes the characters space, opting for simple set-ups, allowing the actors to simply exist in the scenes space. 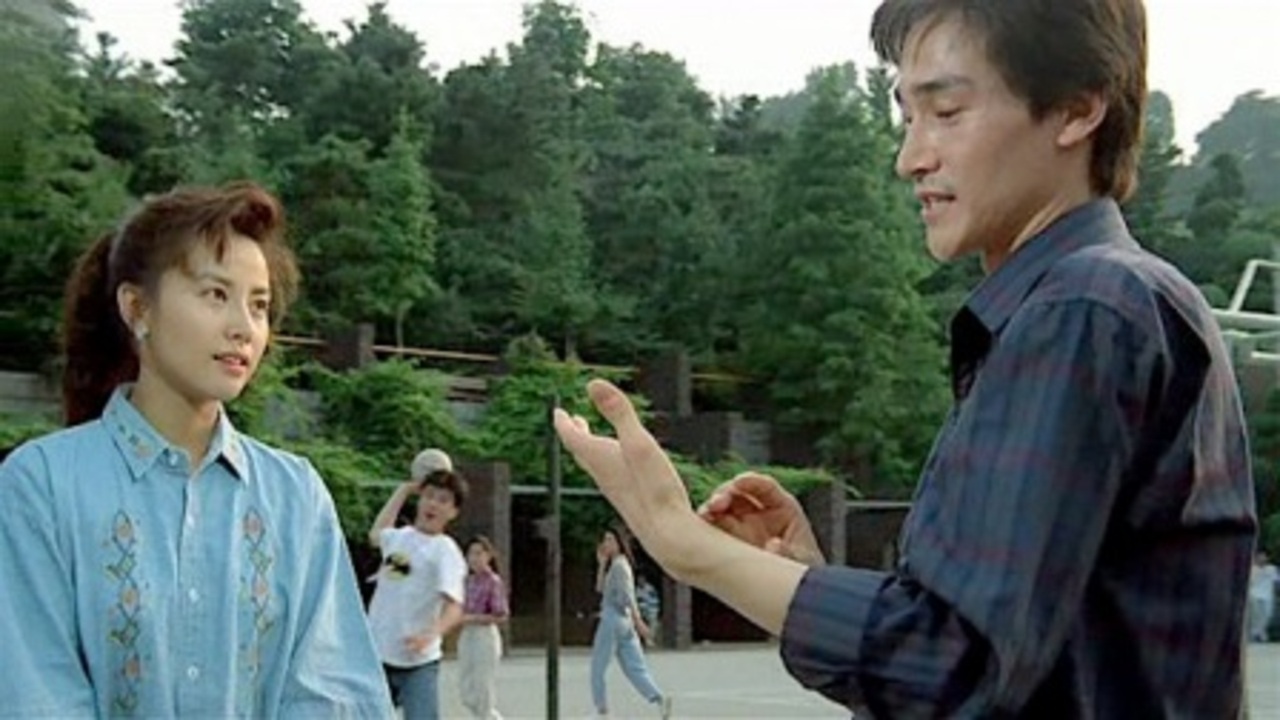 South Korea in the late 1980s experienced a transition to democracy. Tensions between students and the government were at an all-time high. Early in the decade, protesting students were killed by government officials. This is the political backdrop of Kwak Ji-kyoon’s film. Portrait of the Days of Youth follows Lee Yeong-hun, a young man who is drifting aimlessly. He cannot commit to a steady job, a relationship or even to finishing his university degree. As Lee Yeong-hun spends his days travelling by foot, the films’ large aspect ratio helps the audience to feel as lost in this vast world as he does. Meanwhile, student riots rage behind him. Still, Yeong-hun cannot commit to such a cause, often standing back as fellow students are beaten or worse.

Portrait is a true melodrama in scope, performance and theme. It engages with immense ideas like the transience of time. This is best represented in a seasonal quality the film possess. The gorgeous, richly coloured cinematography captures rain, sun, wind and snow all with equal beauty. Time passes Lee Yeong-hun by and the days drift into weeks and weeks drift into new seasons. This hypnotic quality helps the audience empathise with Lee Yeong-hun, as time appears as transient for them as it does for him.

A respected film in its home country, but little seen outside of it. Portrait won the Grand Bell, Korea’s equivalent to the Oscars, for Best Picture in 1991. A film that is both a deeply intimate character study but also a rich, emotional document of South Korean history. Brilliant work.