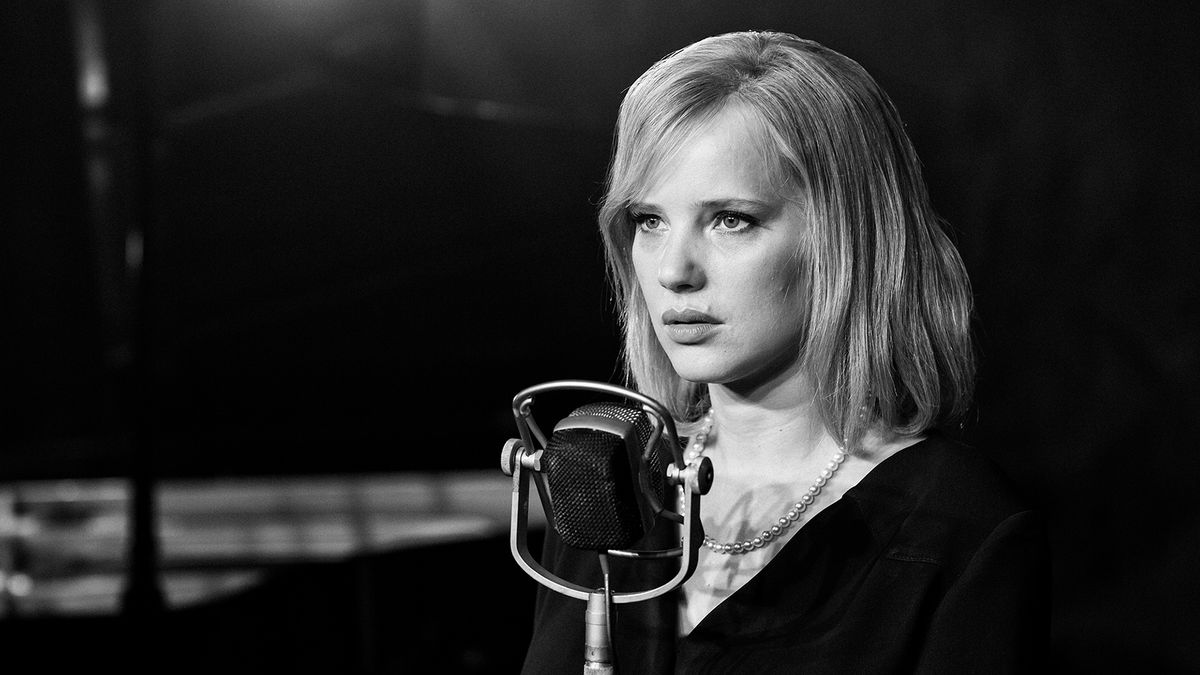 The liaison between cinema and ancient Greece is commonly associated with peplum movies, a sub-genre especially popular in the 1950’s and 1960’s, mostly portraying ancient greco-roman history as a time of epic battles, and heroic, unnaturally powerful creatures. Although slightly scornful term, peplum originally refer to Italian movies which neither conveyed critically acclaimed artistic values nor supported the production with profound historical analysis, it is frequently used to describe all the films that relate to its specific sword-and-sandal decorum (the name peplum itself is derived form a type of ancient greek garment), naming for instance such Hollywood specialities as “Spartacus” (1960), “Troy” (2004) and “300” (2006).

It may seem quite obvious that today’s vision of public history is predominantly shaped by movies and their representations of the past. Cinema, above all other mediums, proposes most immersive and experiential way of exploring the history of humanity, therefore we should not be astounded by the fact that epic pepla, constitute a great portion of what we know about ancient history.

Yet, ancient greco-roman culture seems to have way more to offer than only bellicose frescoes bathed in blood and machismo. Its probably greatest contribution to the world’s universe of narrative can be found in Greek Mythology, comprising of epic and parabolical stories which throughout the years have been a generous source of inspiration for many filmmakers.

On the other side of ancient stories, far from violent militant tales, there is the myth of Orpheus and Eurydice, a classical legend of love, which in order to be reclaimed pushes the protagonist towards sacrifice by stepping down into the underworld. Owing to its metaphorical potential conveying not only a sacrifice for love, but also the essence of art and the eluding beauty of memories, the legend of Orpheus and Eurydice is still being explored even in the movies whose themes go far beyond ancient history. 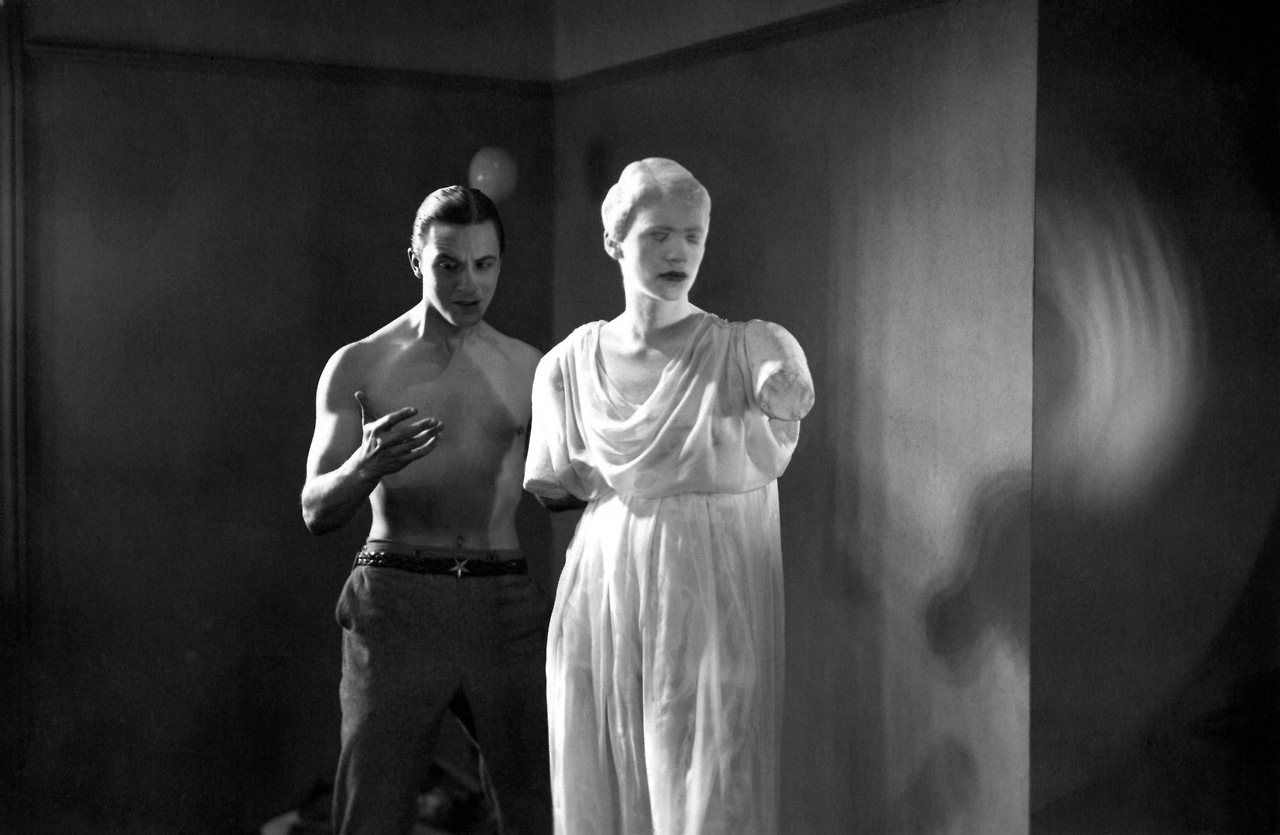 If we were to name only one person from the world of cinema whose contribution to popularize the myth of Orpheus was the greatest, the title would undoubtedly go to Jean Cocteau. The French surrealist whose artistic activity consisted not only of filmmaking, but also writing, directing theatrical plays and painting, he was the man responsible for the creation of Orphic Trilogy. Its first part “The Blood of a Poet” evokes avant-garde assumptions and along with other movies from the same period such as “Un Chien Andalou” and “The Golden Age” are now listed as an epitome of surrealistic cinema.

“The Blood of a Poet” is a movie divided into four smaller parts accompanied with author’s ironic commentary. It tells a story of an artist struggling to create an eternal beauty through the series of bizarre experiments. In its first part the protagonist forms a statue of a woman and bestows it with his mouth turning it from just a sculpture into a living creature. As for this point, the main motif corresponds more to the legend of Pygmalion, a mythical sculptor who fell in love with the statue he craved. Cocteau was probably aware of that as in Ovid’s “Metamorphoses”, the myth of Pygmalion is frequently interwoven with the tale of Orpheus and Eurydice.

Nonetheless, as the film goes along we are gradually provided with more clues which enable us to correlate the movie with the original myth. In the second part of the movie, the protagonist walks through a mirror and transfers himself to an alternative reality. This act naturally symbolizes an Orphic katabasis – a descent to the underworld. Finally, on his way back to reality, protagonist decides to destroy the creation of his work and takes the life back from a statue which he had previously revived. Rings a bell? 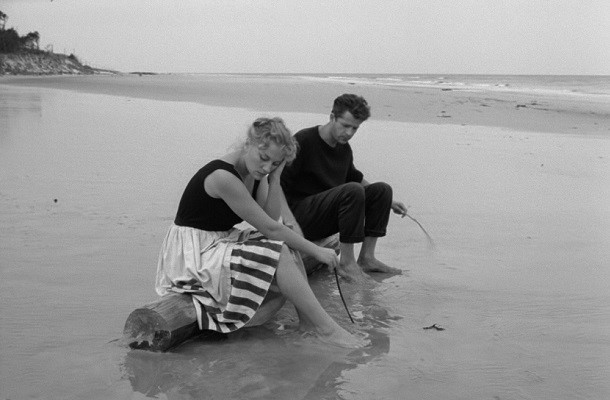 The work of another extremely versatile artist in the following list, Tadeusz Konwicki, has been heavily affected by his experience of Nazi occupation. His personal memories conveying indelible scars of war seem to resonate through many of Konwicki’s literary works and films. So is the case with “The Last Day of Summer”, shot by only five member crew and made with literally no budget. Owing to its modernist structure and rambling form, it is also considered as an example of a New Wave movement avant la lettre. Yet, above all “The Last Day of Summer” is a very touching story of trauma-driven incapability to love again.

The film tells a story of two young people who accidentally fall in love with each other on desolated beach at the very end of the summer season. Although being before their 30s, both the man and the woman seem to carry a luggage of wretched experiences relating to war period. From the very begging a viewer can feel a growing affection between two protagonists, yet at the same time one can sense an excruciating lack of trust and courage that could make them get closer.

Their uncomfortable reluctance and distant behavior are being continuously highlighted by returning memories of loss. At the same time, the tranquil scenery of a summer seaside is contrasted with the images of maneuvering fighters on the horizon, symbolizing an awaiting danger and serving as a reminder for the lovers not to reveal their true feelings. Despite romantic affection they keep to descend into the hell of memories which will keep them distant from the joy of being together.

The reference to the classical myth is very symbolic and can be clearly seen in the last scene where the woman who’s been asleep for some time awakes and finds a path of footprints leading straight into the sea, left by the man who has gone to save at least the memory of that brief happiness.

Probably the most dazzling and also the most direct transposition of Orpheus’ myth is Marcel Camus’ “Black Orpheus”. The laureate of 1959 Palme d’Or at Cannes Film Festival charmed viewers with its contagious energy and hitherto unprecedented vividness when it comes to the representation of a classical legend. Although Camus’ “Orpheus” was based not directly on the myth but on the theatrical play written by Brazilian author Vinicius de Moraes, the director himself admitted to borrow from de Moraes’ play the main concept and wrote the script from scratch providing it with some new narrative ideas and adding a couple of subsidiary motifs

Set in Rio de Janeiro’s favela during world-famous carnival, “Black Orpheus” recounts a story of Orfeu, a jovial tram conductor and a genuine dancer that is to lead the upcoming carnival’s parade. Despite being engaged with Mira, he accidentally falls in love with his neighbor’s cousin Eurydice and, as one can easily predict, they immediately happen to attract each other. The action of “Black Orpheus” starts to accelerate when the Death dressed in a stylized skeleton costume is being invited into play. Since that particular moment the viewer observes the interweaving sequences of joyful feast filled with blazing colors contrasted with action-like movie depicting a dramatic hunt for Eurydice.

“Black Orpheus” is not only an interesting interpretation of a classical story that appeals with its energy and colorful mise-en-scène, but also a great tribute to Greek mythology that amazes with numerous and meticulously placed references to the ancient legacy. As the film goes along Camus keeps proving he was perfectly aware of corresponding mythical motifs parallel to the core legend of Orpheus and Eurydice, including for instance the role of Orfeu’s friend Hermes symbolizing the figure of a psychopomp whose responsibility was to escort deceased souls from earth to the afterlife, and the perpetrator of protagonist’s death who can be interlinked with maenads – the female followers of Dionysus. 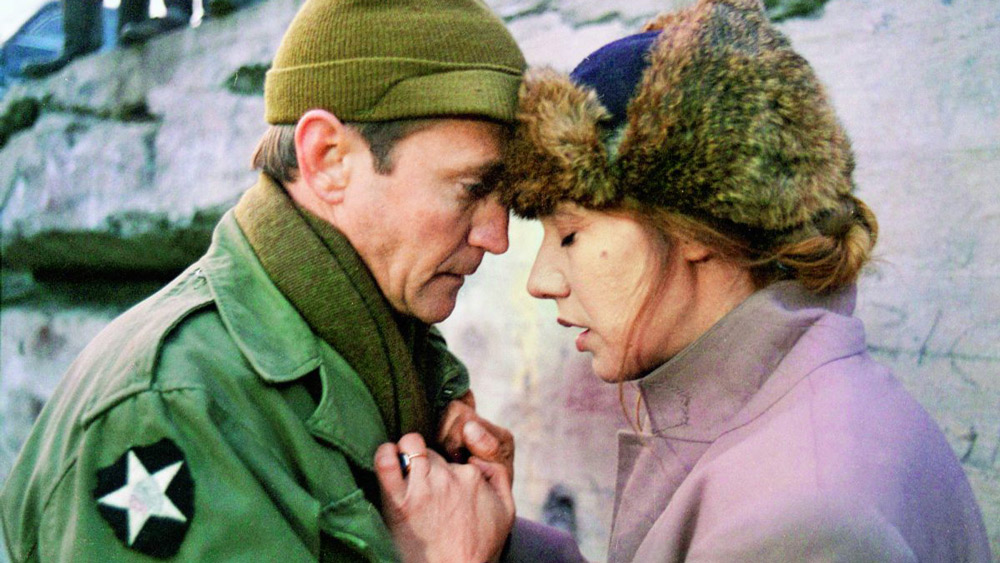 This intimate drama gained world’s recognition in 1984 when awarded with a Golden Lion for the best film at Venice Film Festival. Despite having historical background, which was never of director Krzysztof Zanussi’s interest, it carries a whole bag of existential questions which make “A Year of a Quiet Sun” a deeply contemplative and philosophical story filled with despair, yet lacking typical melodramatic schema.

The film tells a story of Emilia, a middle-age Polish woman resettled shortly after WWII to the desolated small town in western Poland and Norman, an American soldier returning to that god-forsaken place as a member of a committee seeking the graves of the deceased American pilots. Falling into each other, they immediately experience a deep romantic affection, but their relation is tamed by language barriers. Norman who is a former oflag prisoner still struggling with the echoes of war trauma tries to convince Emilia to depart with him to the United States, but the woman is hesitating due to her mother’s miserable health.

Parallel to the original myth, the hell is left only by a man, in this case Norman who departs to the US, leaving Emilia with wretched hope of impossible reunion. Although scarce in tearjerking effects “A Year of a Quiet Sun” remains one of the most touching movies about love unable to survive in a torn-apart world. 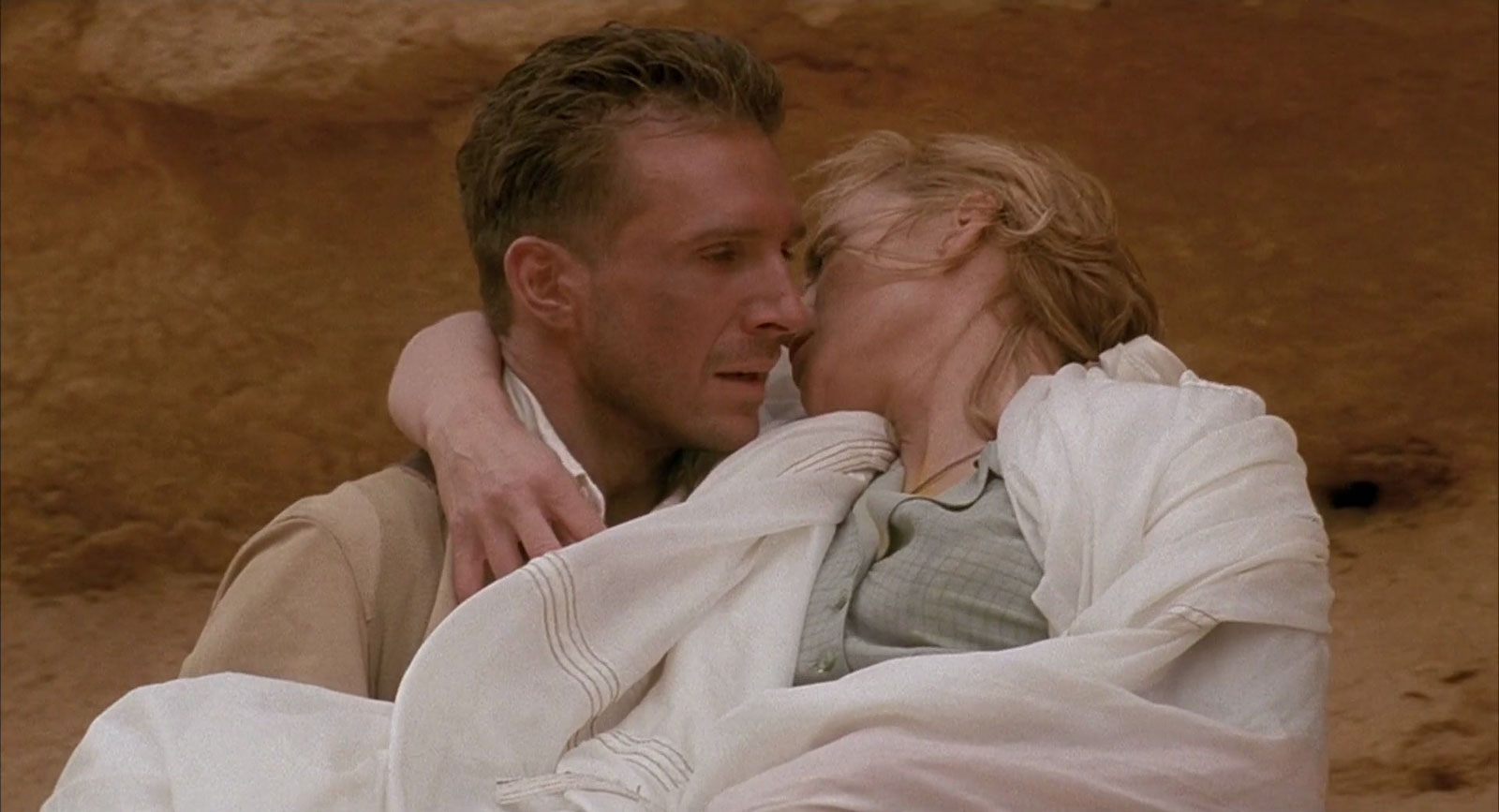 Undoubtedly the most awarded movie in the list, “The English Patient”, since its release in 1996 alongside such productions as “Gone with the Wind”, “Dr Zhivago” or “Titanic”, has become one of the most popular melodramas of all time. Minghella’s epic romance has been precisely analyzed and discussed by many film critics and audiences so it needs no further introduction, nonetheless its symbolic layer can come as a surprise for some of the viewers as it reveals many suggestive references which can be linked with the ancient myth of Orpheus.

Count László de Almásy (Ralph Fiennes) gets involved in a dangerous romance with his friend’s wife Katharine (Kristin Scott Thomas). After finding out about wife’s infidelity and driven by raging jealousy, Kathrine’s husband Geoffrey (Colin Firth) decides to attempt a murrder-suicide by deliberately crashing his plane. His plan succeeds only partially as only narrowly missed Almásy happens to slip away without a scratch while Kathrine becomes seriously wounded. Count László carries his love to a mystical cave of Swimmers he previously discovered during archeological expedition and leaves shortly after to fetch help.

After a brief captivity at British-held El Tag caused by allegations of being German spy, Almásy gets back on his desperate way to rescue Katharine. Returning to the cave which symbolizes the underworld, László finds that Katharine has since died, yet filled with excruciating despair he decides to take her away. Nevertheless, this symbolic attempt to bring her back to life is interrupted. Again, the only thing that the protagonist is left with, is just a bitter-sweet and recurring memory of a beloved person.