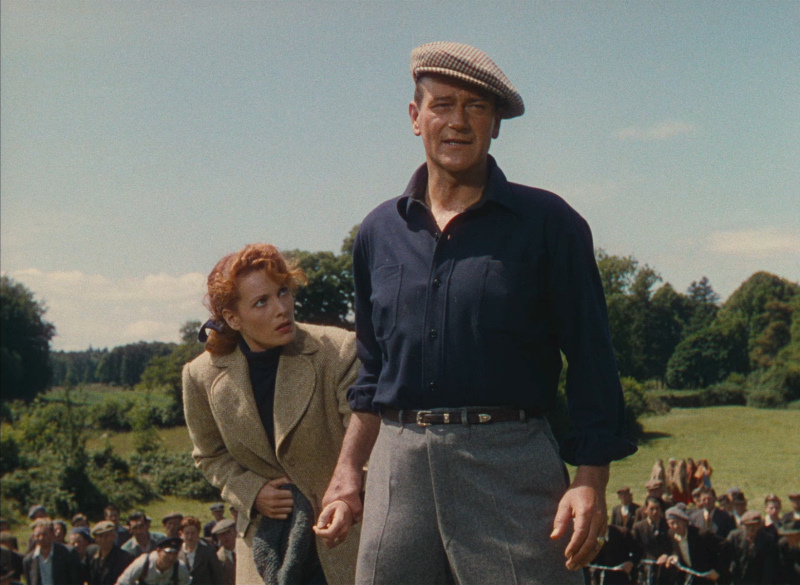 A passion project for John Ford, The Quiet Man was famous for being one of the rare Hollywood productions to be shot on location in Ireland. The sweeping romance follows boxer Sean Thorton (John Wayne) as he returns to his childhood home of Inisfree, Ireland after spending several decades in America. Upon his return, Thorton falls for the fair maiden Mary Kate Danaher (Maureen O’Hara), but is unable to wed her due to the protests of her brother William (Victor McLaglen).

It’s a touching and often humorous romantic tale, and much of the comedy in the film comes from the idiosyncratic nature of the town of Inisfree, which is altered when the outsider Thorton brings his distinctly American views. Wayne is best known for his roles in westerns as stoic embodiments of masculinity, but here he gives one of the more intimate and vulnerable performances of his career. 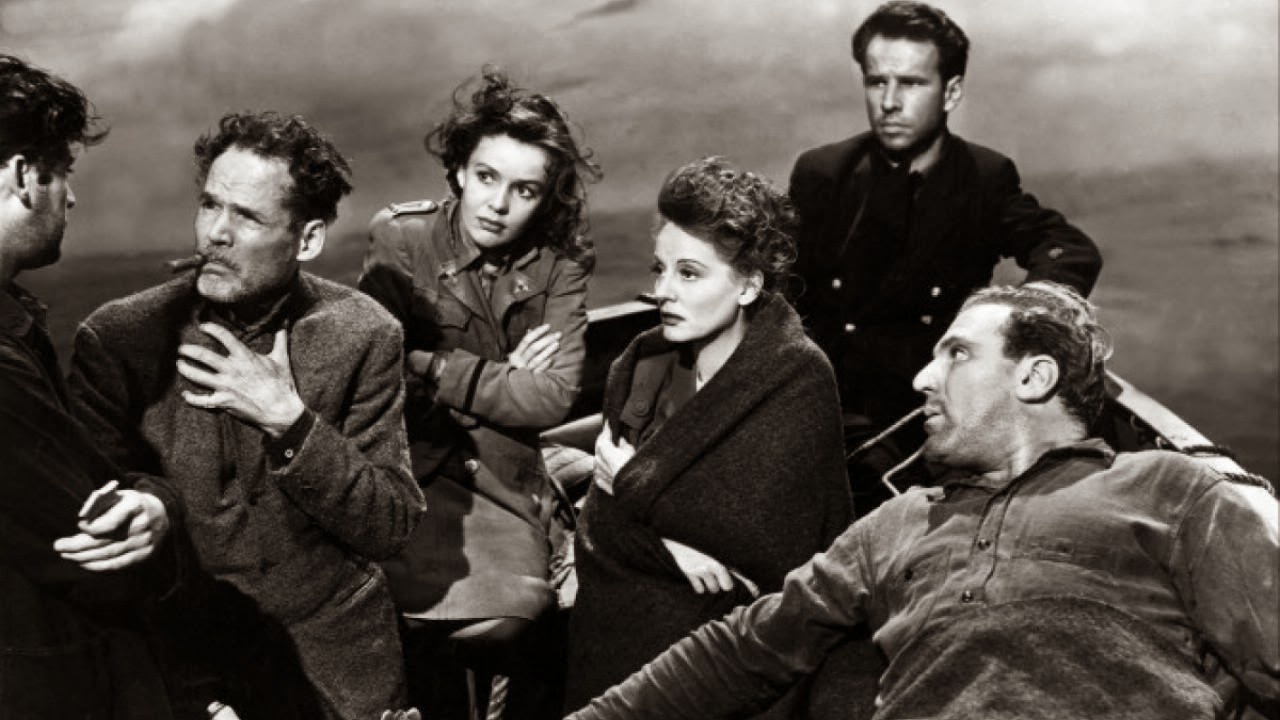 Not only is Alfred Hitchcock one of the greatest directors of all-time, but one of the most prolific. Many of his best films, such as Vertigo, Rear Window, North by Northwest, or Psycho are renowned as classics and have been studied by scholars since their release, but anyone interested in the “Master of Suspense” owes it to themselves to look deeper into his filmography. Lifeboat isn’t just one of Hitchcock’s more novel concepts, but one of his most psychologically engaging, as he explored the banality of human nature as a group of strangers are faced with challenging decisions.

The film follows a group of passengers who are stranded on a lifeboat after their vessel is destroyed by a Nazi U-boat; the group is forced to ask themselves what they’d do in order to survive as they discover a German stranded among them. It’s a nail biting morality thriller that forces the audience to ask questions about the nature of man’s ability to inflict violence. While it initially was one of Hitchcock’s lowest grossing films and courted significant controversy, it is now a must watch in the subgenre of confined location thrillers. 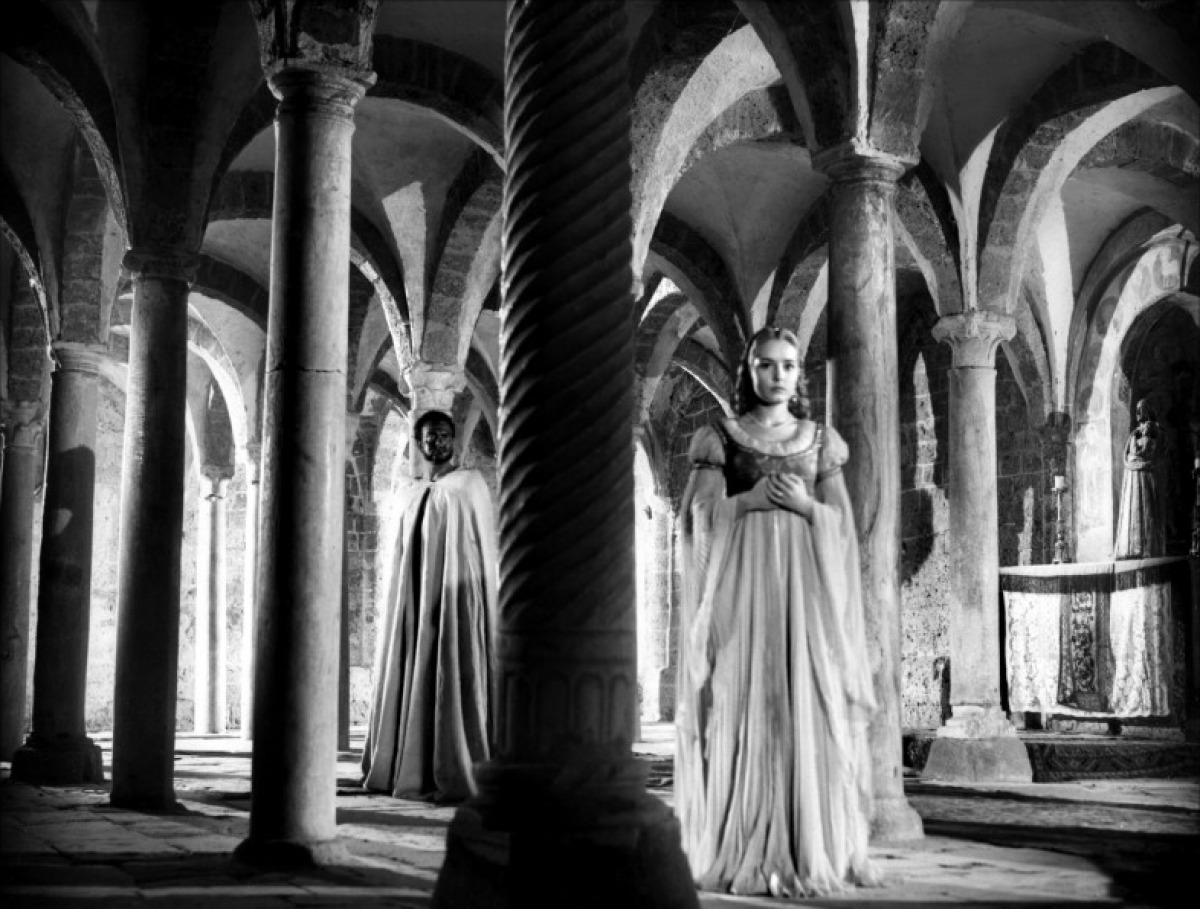 Orson Welles is a filmmaker whose stories are so layered and multifaceted that they could be considered “Shakespearean,” so it makes sense that Welles would try his hand at adapting one of Shakespere’s most famous tragedies. Welles adapted, directed, and cast himself as the titular Othello, a renowned military leader who is manipulated by a wicked advisor into thinking that his new bride Desdemona is having an affair.

Welles has such a commanding screen premise that makes him perfect for this nuanced role of a proud, yet sensitive military man who is beset by jealousy, and Irish actor Micheál Mac Liammóir is brilliant as the treacherous Iago. Welles spared no expense in looking for great locations, having filmed for three years across Tuscany, Rome, and Venice to create a stunning visual experience, and one that looks even better thanks to a 1992 restoration that retained the magic of his original vision. 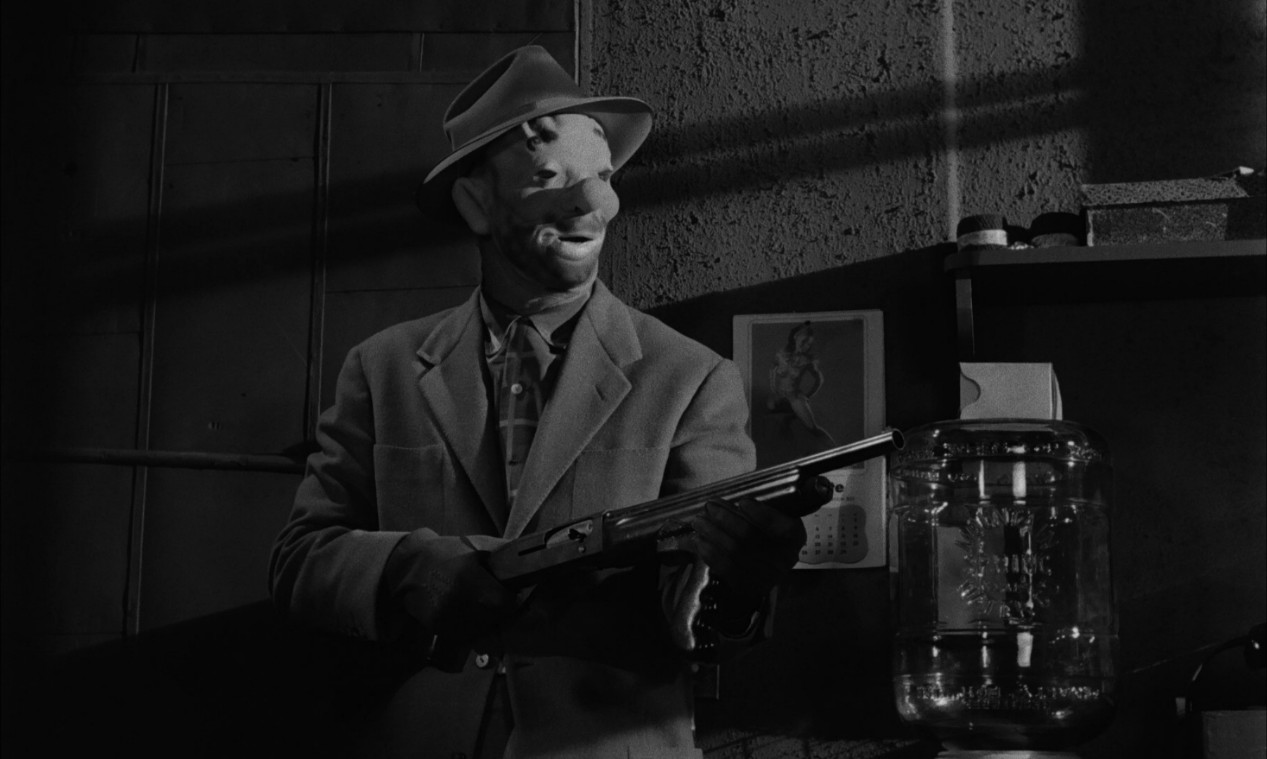 Not only is The Killing known as the film that inspired Quentin Tarantino to create Reservoir Dogs, but it was the film that announced Stanley Kubrick as one of the greatest visionaries of all-time. Kubrick’s previous films Fear and Desire and Killer’s Kiss only hinted at the greatness that would define the rest of his career, but The Killing broke the rules of traditional storytelling and subverted the tropes of the heist genre.

The film follows the intersecting storylines of five men assembled to pull off a robbery at a race track, and doubles back and switches perspectives as the truth behind what is being planned is unveiled. While each performance is unique and the film asks many of the existential questions about morality that Kubrick is known for, the real noteworthy element is Kubrick’s approach to narrative, which engages the viewer by forcing them to recontextualize each new scene when they learn more information. 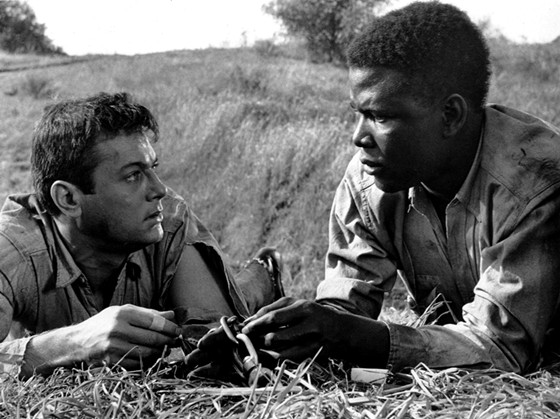 When looking back at the history of iconic movie star two-handers, one film that deserves more notice from film buffs is the revelatory prison break movie The Defiant Ones, a film that at the time was a breakthrough in exploring racial issues. Two escaped convicts, Noah Cullen (Sydney Poitier) and John Jackson (Tony Curtis) are shackled together as they avoid police forces in the vastness of the American south. The two men are forced to cooperate in order to survive, but their circumstances force them to empathize with each other.

Both lead performances are staggeringly good; Curtis is perhaps best known for his comedic roles in films like Some Like It Hot, but here he is completely believable as a cunning, brutal character. Poitier brings a sensitivity to his performance, and does an amazing job at breaking down the character’s tough exterior as he reveals the events that caused him to be imprisoned. It’s a film about communication that bursts with life thanks to the immaculate performances at the center, and should be considered unmissable by classic film enthusiasts.