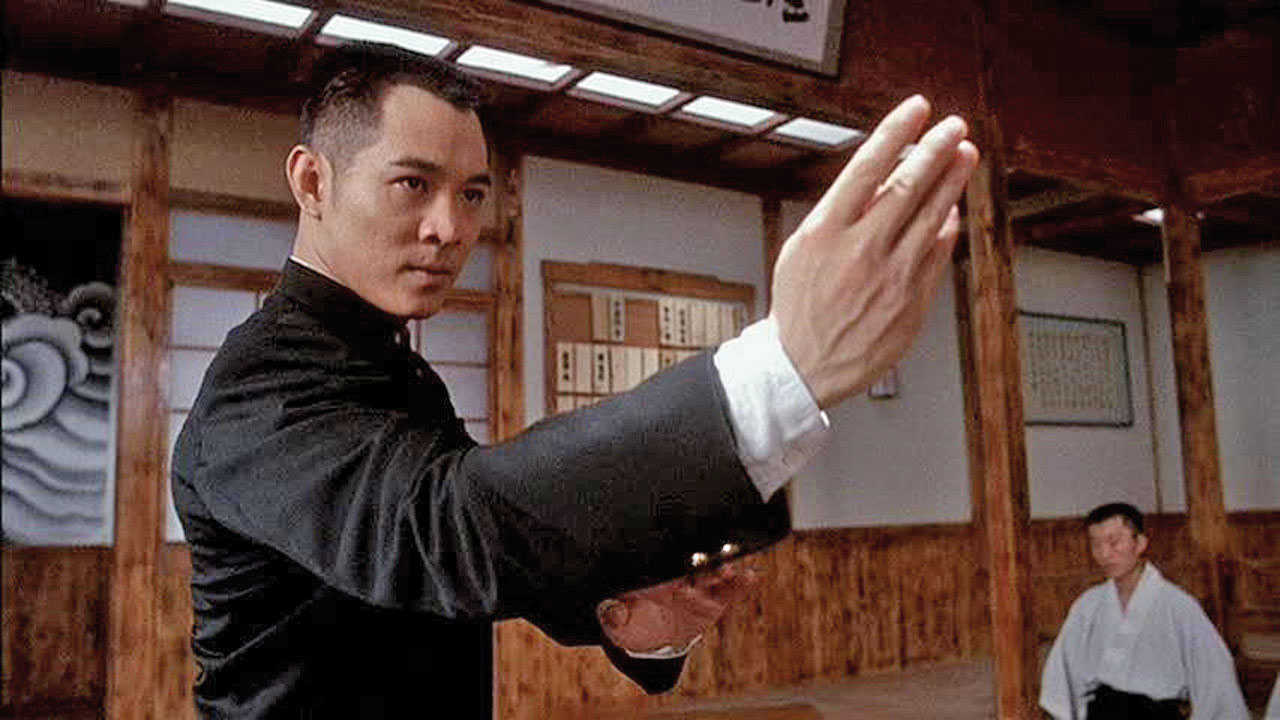 The previous ‘recommended by Quentin Tarantino’ list briefly touched upon Fist of Fury and with it on Bruce Lee and martial arts. Fist of Fury makes its entry in this list as well, but in addition to that we double down on martial arts as we travel to Hong-Kong and shine a light on one of the most famous fighting styles out there: Kung Fu.

The cinephile turned director is a well-known fan of Kung Fu films and touched upon the genre in his Kill Bill movies. He loves to pay homage to his favorite films from back in his Video Archive days, so naturally Kill Bill is filled with nods to these Kung Fu films that inspired him. Again, we scoured through the internet to find some of the best of Tarantino’s recommendations. Here are 10 Kung Fu movies recommended by Tarantino:

With their Snake and Tiger style of Shaolin Kung Fu, brothers Wu and Hung kill the evil Pai Mei. However, Pai Mei’s evil brother ‘White Lotus’ takes revenge by killing most of the Shaolin disciples including Wu and Hung’s girlfriend. With himself and Wu’s pregnant wife as the only two survivors, Hung must train to avenge the deaths of his friends.

The legendary Gordon Liu Chia-Hui plays Hung, while director Lo Lieh portrays both Pai Mei and his brother White Lotus. Clan of the White Lotus revolves all around four fights between these two martial artists. The first is of course the great opening scene wherein Pai Mei is killed, but it’s the other three fights that make Clan of the White Lotus such a consistently entertaining film: With all of these fights Hung tries a new technique in order to defeat the powerful White Lotus, which makes for a fun variety of action scenes.

Gordon Liu has roles in both Kill Bill movies and in Kill Bill: Vol. 2 he plays a character named Pai Mei as a nod to Lo Lieh’s character in Clan of the White Lotus.

The second appearance in this list already of both Gordon Liu and Lo Lieh and both will appear once more. When talking about Kung Fu movies most people immediately think of names like Bruce Lee, Jet Li, Jackie Chan, or Donnie Yen and of course this list will mention all of those legends as well. But there are many more skilled martial artists out there that deserve an equal amount of praise, Gordon Liu being one of them.

Of course, when mentioning Gordon Liu, you have to mention The 36th Chamber of Shaolin, since it’s considered one of the greatest Kung Fu films ever made. When Liu Yu-De’s (Gordon Liu) martial arts school gets ambushed his master and friends are killed, but Liu manages to escape. He makes his way to a Shaolin temple where he devotes himself to the martial arts so he can avenge his school.

The movie has become most well-known for its amazing training sequences, which Tarantino later payed tribute to in Kill Bill: Vol. 2. Other than inspiring Tarantino, the film had a great influence on martial arts films to come and on pop-culture in general. For example, Hip-hop group Wu-Tang Clan’s first album ‘Enter the Wu-Tang (36 Chambers)’ is named after the film and one of the group’s members, Masta Killa, is named after the films alternative American title: The Master Killer.

Chien Fu (Jackie Chan) is an orphan living in a Kung Fu school as a janitor. Here he’s often beaten up and humiliated, but this changes when he befriends a bum that turns out to be the last master of the ‘snake fist’ fighting style. He learns to master this snake fist Kung Fu style, but this makes him a target of the ‘Eagle Claw’ clan, which wants to wipe out all snake-style masters.

Snake in the Eagle’s Shadow is the beginning of what would become the typical Jackie Chan movie; combining martial arts with comedy through many visual fighting gags. The movie is Yuen Woo-ping’s directorial debut and with it he changed the direction of Hong Kong martial arts films. Yuen Woo-ping and Jackie Chan collaborated again on Drunken Master which might be one of the most recognizable Kung Fu titles out there. Drunken Master often outshines this impressive debut, so it’s nice to see Tarantino paying tribute to it. In Kill Bill (where else?) Tarantino almost directly copies a scene that’s certainly worth copying. The Bride slicing her enemy’s weapon to pieces is an awesome scene, taken from Snake in the Eagle’s Shadow. 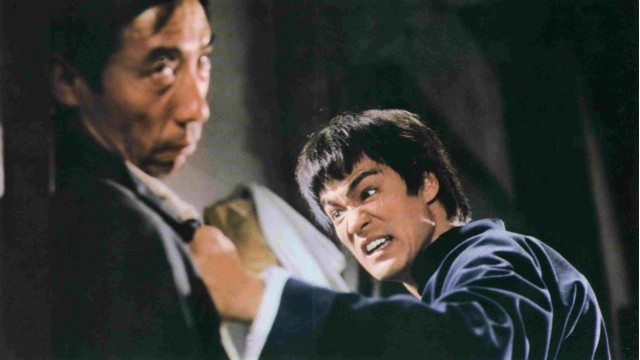 You could spot him in Once Upon a Time in Hollywood and Uma Thurman is wearing his iconic jumpsuit from Game of Death in Kill Bill. Bruce Lee is a true icon and Quentin Tarantino knows it well. As founder of the hybrid martial arts philosophy ‘Jeet Kune Do’, Bruce Lee is often considered to be the one that paved the way for the modern MMA or mixed martial arts. Over the years he was active in the film industry he showcased his skills in many films both in Hong Kong and the US. He inspired many in the film industry and in the martial arts world, and his legacy still lives on after his passing.

With Tarantino’s love for Hong Kong cinema naturally comes a love for Bruce Lee and of course he likes to show this in his films by way of many homages. One of these homages, again in Kill Bill, comes straight out of Fist of Fury: The Bride her fight against the crazy 88 is partly based on one of Bruce’s fights early in the movie.

Fist of Fury follows Chen Zhen (Bruce Lee) as he returns home to Shanghai to marry his fiancée he learns of the death of his master. During the funeral, members of a Japanese dojo harass the attendees and Chen is the only one to stand up for his people. When he discovers the Japanese were responsible for his master’s death, he decides to take revenge and simultaneously defend the honor of the oppressed Chinese.

Another inspiration to Tarantino and another inspiration to the previously mentioned Wu-Tang Clan and many more places in pop-culture. The Five Venoms follows a martial arts student, Yang De (Chiang Sheng) that has to defeat the possible evil men amongst the five previous students of his master. The old students are all skilled in a unique fighting style each named after an animal: The snake, the scorpion, the centipede, the toad, and the lizard. Yang De learned all of these styles, making him a hybrid worthy to face them all. The action in The Five Venoms never gets boring since it constantly switches between these five different fighting styles that are each really well choreographed. Besides the excellent choreography, director Cheh Chang succeeded in building a world that you can’t keep your eyes off thanks to both the fantastic production design and costumes.

The movie is the inspiration for Kill Bill’s Deadly Viper Assassination Squad and Tarantino also used a few of the sound effects heard in it. Tarantino even ended up putting the Shaw Brothers logo, the studio behind The Five Venoms and four more movies on this list, at the beginning of Kill Bill. This of course isn’t exclusively thanks to The Five Venoms, but thanks to all of the martial arts films he used from the amazing Hong-Kong studio.