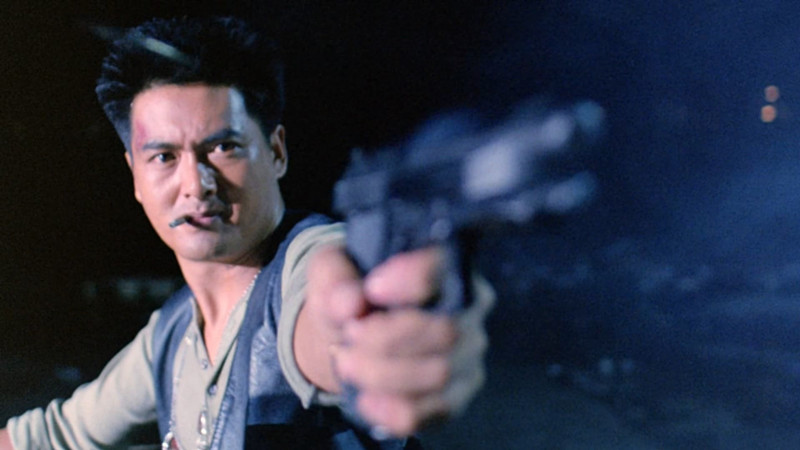 Action movies have long been the dominating genre of mainstream, populist filmmaking and the driving force of the box office. In spite of (or perhaps because of) that, they’re often dismissed as lesser cinematic offerings, not worthy of serious thought or consideration.

It’s not entirely without reason that so many think this, since a significant number of more well-known modern action movies, especially American ones, are subpar (if not downright terrible). But then, to write off the genre completely is to be ignorant of its history, of the many brilliant filmmakers who made it their chief mode of expression and of the movie industries around the world that thrived in very specific interpretations of the genre.

Of those, none has a bigger love for action than Hong Kong, which, in many different ways throughout the years, has been the true home of quality, auteur-driven action filmmaking for decades, going from kung fu films in the ‘60s and ‘70s to heroic bloodshed in the ‘80s and 90s, all the way to the new wave deconstructions of those forms.

This list covers movies from all of these different kinds of action; films that are as stylistically different among each other as can be, but all equally compelling, exciting and, yes, artful. 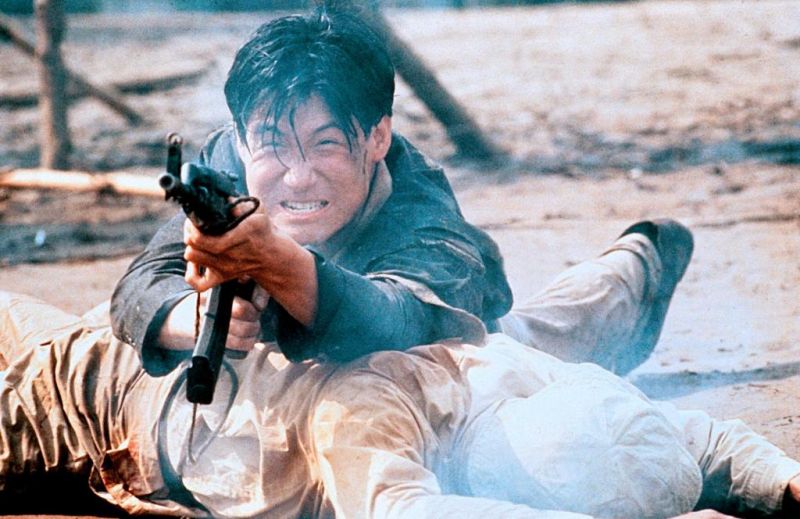 By far the most internationally well known of all Hong Kong action directors, John Woo, after basically single-handedly popularizing the heroic bloodshed genre with his breakthrough film “A Better Tomorrow,” went on to become the benchmark of his country’s movie industry, enjoying worldwide acclaim for his unique approach to action filmmaking in pictures like “The Killer” and “Hard Boiled.” In the period between the mid-80s to the late ‘90s, there was perhaps no other genre director in the world who could match Woo for style and kinetic energy, and it was at that time he made all his major works. Of those, “Bullet in the Head” is today the least remembered and well known with a larger public.

Seeing the movie, it’s easy to understand why: it’s more uneven than Woo’s most famous movies, but it’s also his darkest and most cynical film. If his popular pictures are about enemies learning to become brothers, this one is the opposite: a story about friends growing apart due to greed and the horror of war. It centers on three lifelong friends who, after a fight that goes awry, must flee Hong Kong to Saigon during the Vietnam War. There, they enter the criminal underworld and get involved in a sequence of events that completely shatters their bond with one another.

“Bullet in the Head,” though considerably more tragic than any other Woo film and mostly bereft of his usual heroic characters, still features all of the director’s trademarks that make his work so memorable, from the melodramatic tone to, of course, the gun-fu heavy set pieces, which are some of the biggest of Woo’s entire career. A few of them, like the Vietnam POW camp shootout, stretched almost to the point of exhaustion. 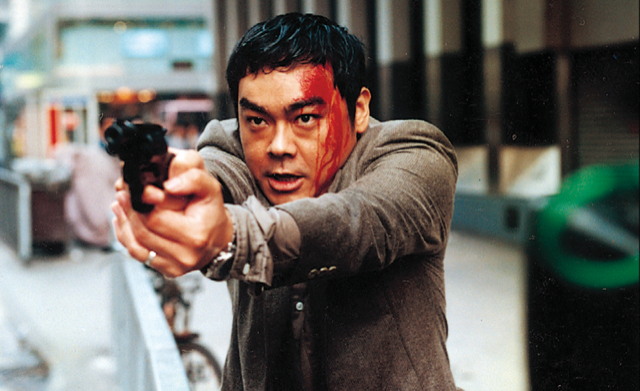 Ringo Lam’s career languished considerably after the ‘90s, which perhaps explains his general obscurity today, but Hong Kong cinema aficionados know him well; there was a time when he was up there with Woo and others as one of the foremost action directors in the world, churning out one great movie after another. Unlike other action auteurs, however, Lam always had a more malleable style that adapted to the material – he could be gleefully over the top in one picture but serious and realistic in the next.

“Full Alert” is him at his most grounded; a gritty, no-fuss thriller that marked the end of an era both for the director and, some critics argue, for a whole era of Hong Kong cinema as well. The plot is standard potboiler stuff: when police officer Pao arrests a man for murder, he stumbles upon a plan to rob a jockey club and starts to track down to rest of the team to stop them. Once the prisoner escapes, however, a cat-and-mouse game begins between cop and criminal – with deadly results.

“Full Alert” is one the purest procedurals in all of Hong Kong cinema history; there’s not a second wasted in its tight 98 minutes runtime, from the opening scenes where the main plot is immediately set in motion to its carefully constructed climax. Lam orchestrates the many set pieces with razor-sharp focus, all the while maintaining a prevalent atmosphere of doom about the character’s inability to escape their own fates. It culminates in one of the most disturbing endings to any action movie ever. 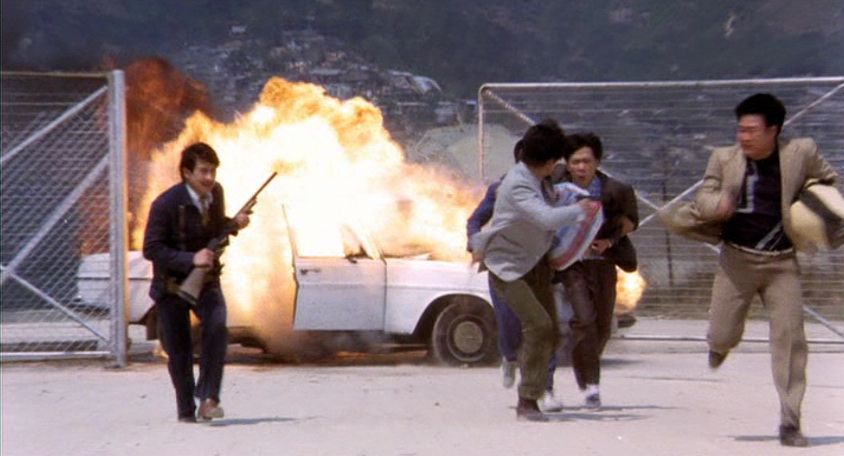 John Woo may have sedimented the heroic bloodshed genre, but he wasn’t the actual person who created it; his “A Better Tomorrow” was simply the culmination of a larger trend going on in Hong Kong cinema all throughout the ‘80s. One of the first (and best) examples of the genre is “Long Arm of the Law.”

But, though it’s in many ways a precursor to what is now understood to be classic elements of heroic bloodshed, the movie is also distinctly darker, grittier, and more realistic than others of its kind. It centers on a gang of mainlander criminals who go over the border of Hong Kong in hopes of a quick heist – only for everything to go wrong when the place is robbed before they can get to it. The crew decides to lay low before trying again and in the meantime, in order to make money, agree to kill a cop for a local mobster.

The only solo directorial effort by long-time producer Johnny Mak (aside from this he only co-directed a movie with Johnnie To and Patrick Leung), “Long Arm of the Law” is a far cry from the stylization of Woo, To and even Lam; this movie is brutally unsparing in its ugliness, both in the depiction of its characters (portrayed as ruthless thieves, murderers and, in one case, even rapists with no discernable code of honor) and in the action scenes, which are more raw than the bullet ballets that are famous in the genre.

The breathless and despairing climax of the movie, in which the protagonists are pursued on a maze-like street by the police, is a Hong Kong hall of fame action scene. 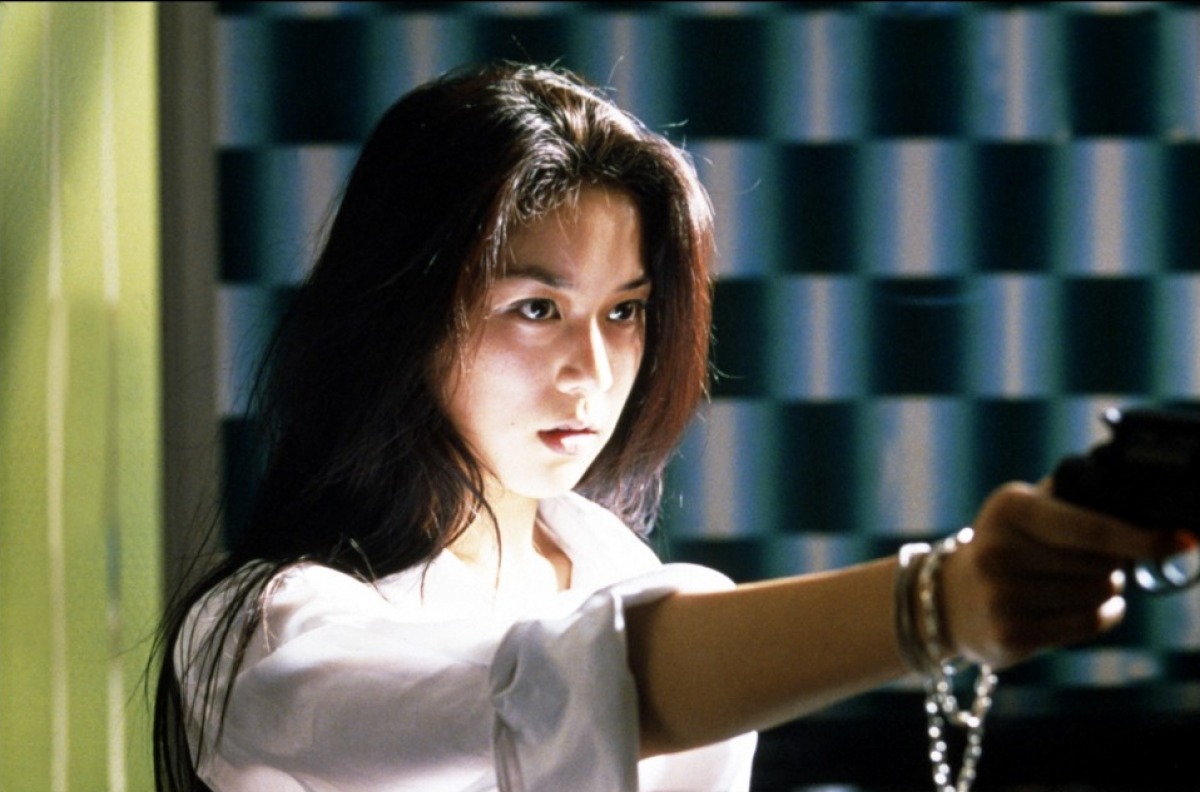 Tsui Hark is not as famous and celebrated in the West as some other Hong Kong directors, but there is perhaps no other action filmmaker more influential and powerful in the industry than him. Having been, as a producer, personally responsible for many of the major successful genre pictures in the country since the ‘80s (he produced, for example, Woo’s “A Better Tomorrow,” which was a watershed film) Hark was at the forefront of the cultural and stylistic changes in action movies throughout the decades, which is one of the many reasons he’s still as relevant today as he was in his youth.

He mostly works in the wuxia genre (more on that later), but one of his most notable pictures ever is “Time and Tide,” a decidedly modern distillation of decades of Hong Kong action filmmaking into a mad, almost abstract movie that skews narrative conventions in favor of pure sensorial storytelling and visual experimentation.

Hark’s work is notable for its notorious disregard for logic or typical structures, but even by his standards this movie is something else in that regard: the real plot and protagonist are basically not revealed until halfway through, by which point the film turns from a modest, character-based story into a gigantic blockbuster, jumping from one major set piece to another almost non-stop.

And it’s in those scenes, in the back half of the movie, where the director makes up for the general chunkiness and incoherence of the storytelling. Hark’s talent for individualizing action scenes has never been put to better use; each sequence has its own distinct feel, rhythm, and visual identity, and particularly the extended apartment complex shootout close to the end is one of the greatest moments of his career. 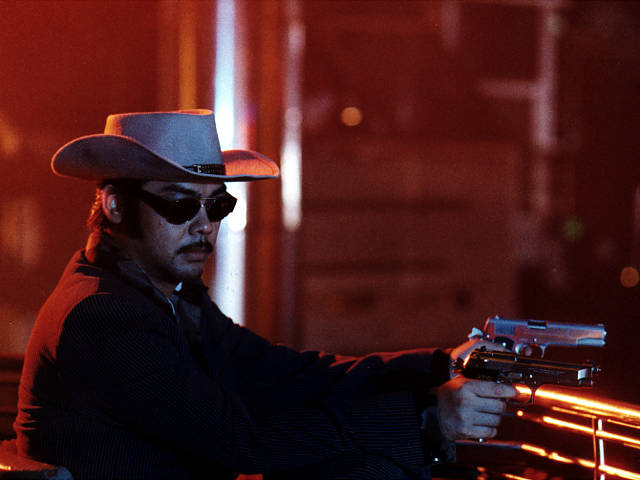 By the late ‘90s, heroic bloodshed movies had become a staple not only of the Hong Kong action industry, but of Hollywood as well, since many American filmmakers had been inspired by the genre – and some filmmakers who originated it, like John Woo, were now working in America themselves. Johnnie To’s “A Hero Never Dies,” then, exists in a different realm than most other pictures of its kind: it works simultaneously as a response to a decade’s worth of those movies in its almost parodical exaggeration of the style, but also as a sincere example of the genre.

The film follows two hitmen from different Triad factions at war, who are each betrayed by their respective bosses and become irreversibly damaged in the process. Years later, they are reunited with a chance to take revenge against the men who wronged them.

To is one of the greatest working directors in the world, let alone Hong Kong, with a very definite and distinct style. And though he had been working for many years, this movie was truly the beginning of his career as an auteur, the first time he really put his stamp on something; and it was, not coincidentally, the first movie he directed for his production company Milkyway. His shootouts are indebted, of course, to many who came before him (particularly Woo), but the way To stages and shoots the action scenes is uniquely his own; the elegance of the camera moves and sophistication of the framing are things that elude the vast majority of action filmmakers.

“A Hero Never Dies” is not as refined and rich in subtext as many of To’s later movies, but it’s one of the most fun, probably the most straight up no-fluff genre movie of his career; a self-aware send up of heroic bloodshed but also a bonafide thrilling action movie in it’s own right; a tonal dichotomy best represented by the indelible image, in the climax, of a man in a wheelchair holding pistols in both his hands, killing bad guys while rolling through loads of broken glass — hilarious but also genuinely badass.