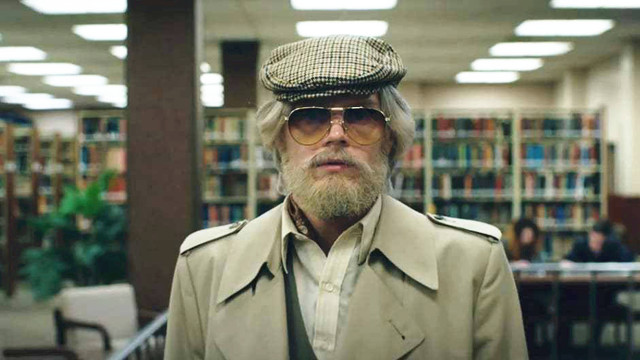 Most of us love a good robbery film. Maybe we love to see how big, supposedly smart plans are carried out by masterminds, or sometimes we’re interested in the stories of desperate people who seemingly can’t find a way out other than stealing something; or, people just get to witness the lives of criminals without any risk and, oh yeah, we get to see all the action we’ll probably never witness in our lives. Sometimes we root for the preparators, sometimes we hate them, sometimes we just can’t decide what we should feel, and sometimes the whole thing turns comedic and we keep laughing at them.

However, heist films have existed since the beginning of cinema and through the years we’ve gotten countless classics. Here are 10 of the great heist films that somehow didn’t get the attention they deserve or if they did, through the years they started to lose popularity and were forgotten. So if you love a good heist story, these 10 may do the work. 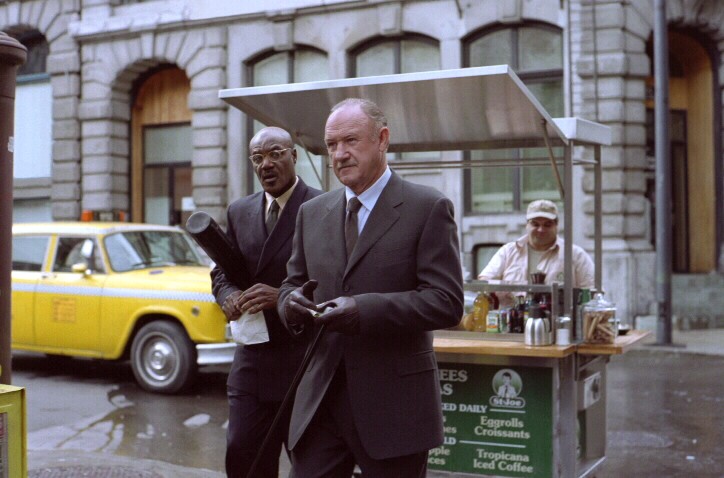 The last big robbery carried out by professional criminal Joe Moore and his friends Blane and Pincus doesn’t go as well as intended since his face is captured by a security camera. He now wants to retire, but Joe’s friend Mickey Bergman has other plans and he insists on another robbery and further insists his nephew to be part of the plan.

David Mamet directed “Heist” and it was his highest grossing film, but yet it was still an unfortunately a box office flop. However, the film later did well at video rental stores. Still, “Heist” deserves more praise and attention. The movie follows some known heist film formulas, but it’s not why you watch this movie. You watch it because of how Mamet tackles the heist genre, with his own witty and quotable lines.

The movie is full of his masterfully written dialogues but as a director, he also pulls off a gritty, enjoyably tough film. The whole cast is great – and what a cast – but it’s mostly a Gene Hackman show. One can say it’s his most underrated performance, up there with “Scarecrow.” His interactions with Delroy Lindo and the way he delivers Mamet-style lines are some of the highlights of the movie.

In the end, “Heist” is a classy, exceptionally made film that doesn’t exactly break any new ground in its plot but still manages to stand out in the crowded genre thanks to the way the events are presented, its memorable dialogues and lines, and of course, its great performances. If all of this sounds great to you and if you’re not necessarily expecting cool atmospheres or lots of action in your heist films, then Mamet’s “Heist” might be the right film for you. 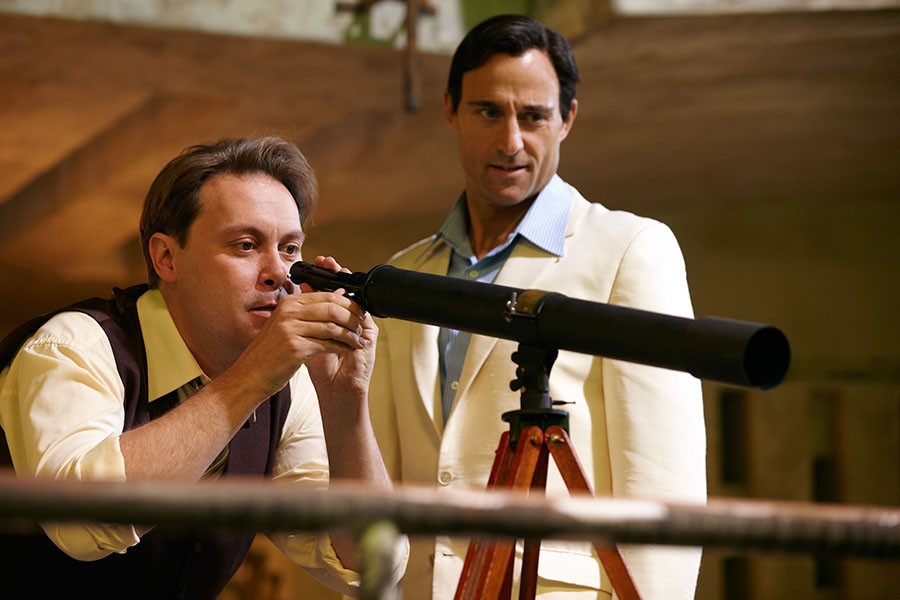 With his four Jewish accomplices, a former police officer (Mark Strong) is robbing a bank in communist-era Romania. The trick here: you assure those present that this is just the setting for a film shoot. After the robbers are caught, they are sentenced to death – but only after they are forced to replay their story for a propaganda film.

Darkly humorous and a definitely unusual type of heist film, “Closer to the Moon” is based on a true story. It is also an interesting and thoroughly entertaining effort from Romanian director Nae Caranfil.  Unless you’re someone who gets too distracted by seeing American or British actors getting cast in Romanian roles and speaking English, you’d enjoy the acting that is reliably great from Vera Farmiga and Mark Strong. Farmiga is often excellent, but it’s particularly refreshing to see Strong as a leading man, where he doesn’t play some kind of villain.

The movie also benefits from very fine looking costumes, production design, and some great music choices. Obviously it’s not a usual heist film – it’s an odd feature and its tone may turn off some viewers – but at the same time it’s a provocative movie with some moving moments, darkly comic sequences, and is overall a remarkable story. 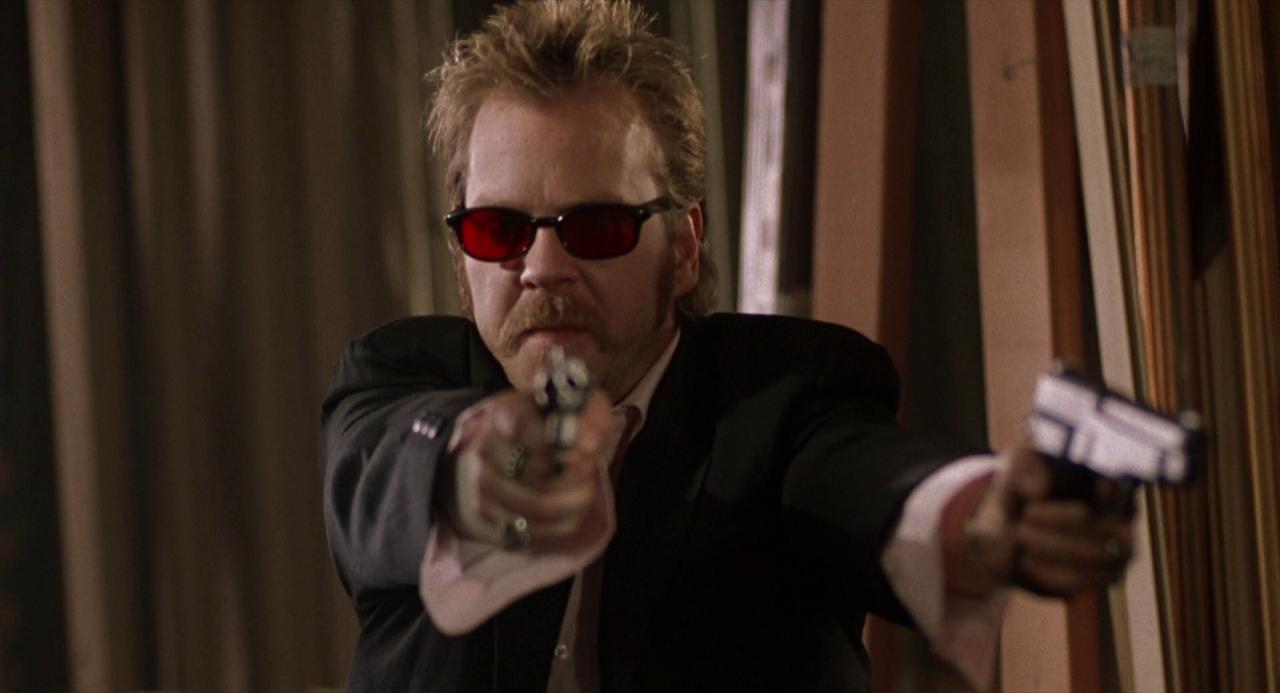 This is an interesting one. Liking this movie or not is a bit based on how much you like all of those Tarantino rip-offs in the mid-’90s. Sure, some of them were really awful, but some others were great; ‘Thursday,” “Things to Do in Denver” and “Suicide Kings” are all enjoyable flicks. Critics were often unnecessarily harsh on them for some reason.

Kiefer Sutherland does a decent job as a director here; he previously made an effective but much less-seen prison drama called “Last Light.” Here he aims for something bigger and while the result is not something that could be called “classic,” and not something that could be called a cult film, it’s still an enjoyable and entertaining movie. Vincent Gallo is the true star of the film and he delivers a pretty solid performance, alongside Kevin Pollak and Sutherland himself. He plays an ex-con out of prison who had to serve time because he took the rap for the mob boss. Now he wants revenge and he plans a heist plan with two of his friends, but things don’t go as planned.

Again, it’s not a film you should be seeing with big expectations. This is a movie for those who love a lot of trademark ‘90s elements of the heist and crime films of the decade. So if you want to see a film you haven’t seen before that is just full of famous elements and plot points from the decade that we don’t get to see anymore, you won’t go wrong with this. Martin Sheen also deserves a shout-out for his brilliant villainous turn. 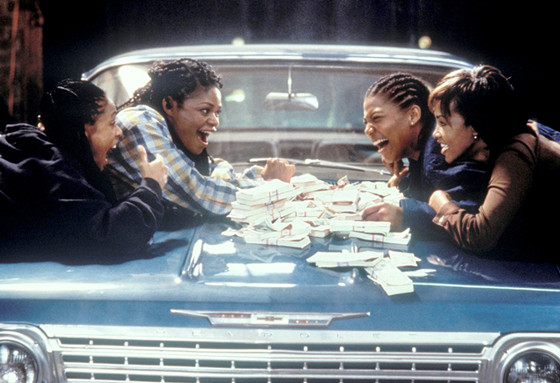 F. Gary Gray is good with crime/action films and his remake of “The Italian Job” was all-around successful in the genre. However, his other heist film “Set It Off” is not as popular around the world. Our main four women in the film don’t necessarily have similar personalities, but they all go through several problems because of their lack of money. They decide to rob banks. First, everything goes well until it doesn’t, and mistrusts follow.

The only problem with “Set It Off” is that even though we have four characters with different motivations and they’re all portrayed by talented actresses – Queen Latifah especially stands out in a possible career-best performance – the movie focuses little too much on Jada Pinkett Smith’s character. It’d certainly benefit if each character would get the same amount of screen time.

Regardless, “Set It Off” makes you care about its characters and it becomes an involving drama. The movie doesn’t just have exciting, thrilling moments of robbery action and robbery-connected sequences in general, but it also has a surprising amount of humour, a lot of effective drama, some “female buddy movie” elements, even a certain dose of romance. Not without social conscience, since the movie touches several social issues as well.

Even though the film runs more than two hours, it never feels its length. Since the conflict between the characters is interesting enough, you just don’t get tired of spending your time with them. It’s a film that will give you the thrills, can make you laugh, can make you cry. An all-around enjoyable ‘90s thriller that deserves to get more attention. 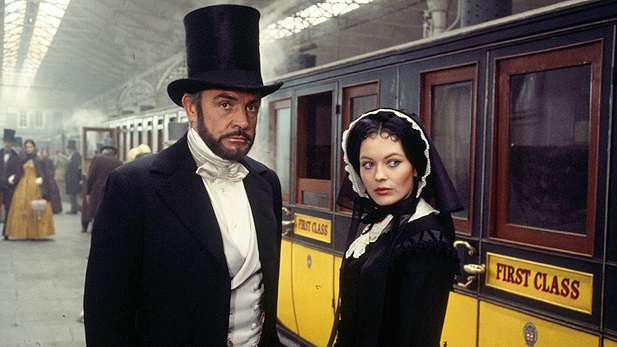 The title “The Great Train Robbery” may remind you of one of the most infamous robberies of all time, the 1963 robbery that involved the hijack of a London-bound train, and the theft of millions of pounds. However, its plot is based on a novel by Michael Crichton with the same title, which in turn, loosely based on the Great Gold Robbery that took place on the night of 15 May 1855, when three London firms each sent a box of gold bars and coins from London Bridge station to Paris via the South Eastern Railway. This movie was titled “The First Great Train Robbery” in the U.K. to distance it from the two million pound sterling robbery from a mail train in 1963, which was known in the British press as “The Great Train Robbery.”

The story is a fictionalized representation of the historical events that happened, although the setting can be considered quite accurate. While it’s a pretty long film and it takes a while to get to the robbery part, it’s worth the wait. Not only does it have a very entertaining set up thanks to great set designs, costumes, and attention to period detail, but it has two of the most iconic actors of their respective countries: Sean Connery and Donald Sutherland in lead roles.

The movie benefits from their charisma and their often underused talent for light comedy exceptionally well which is why the overlong dialogues never come tiring or repetitive because it’s a joy to watch those actors on screen and its humorous moments are handled surprisingly well. In the last act of the film, as expected, it gets even more entertaining when the robbery part starts. There’s something seriously charming about the old-fashioned style of this film and there are also some excellent scenes, like those built around the search for the bullion keys.