The road to an Oscar nomination takes much more than giving a great performance. Receiving a nomination requires extensive campaigning from studios and genuine passion from industry voters, and there are common genres and types of performances that tend to be left out of the awards conversation. It is hard for lesser known actors to break into the races, and often awards tend to favor familiar types of roles instead of actors that choose to challenge themselves.

Terrence Malick’s latest war epic has ridden a wave of critical success, but its three hour runtime, slow pace, and arthouse stylistic choices make it unlikely to gain any major Academy Award nominations outside of a possible nomination for cinematography. As a result, the excellent performances at the heart of this emotional tale have gone ignored; while many critics have cited August Diehl’s tremendous performance as the real Nazi objector Franz Jagerstatter as a standout, not nearly enough attention has been given to Valerie Pachner’s performance as his wife Franziska.

Malick’s film questions the nature of martyrdom and questions the sacrifices one makes as they commit to their beliefs, and Pachner beautifully depicts what it is like to be ostracized and abandoned. Franz’s struggle to retain his spirit feels real because the audience understands what he is leaving behind, and once Franziska is left alone, she finds it difficult to have a normal life, as her husband is considered a traitor. Capturing the raw essence of innocence and love, Pachner is absolutely stunning, and it is a shame that she most likely won’t get any awards attention for her performance.

Filmmaker Sebastian Lelio remade his 2013 film Gloria as an English language story, and while Lelio treads a lot of familiar ground as he remakes his own film, the remake stands out due to the tremendous lead performance by Julianne Moore. Moore stars as the titular character Gloria, a single mother who navigates middle age as she interacts with her ex-husband and grown children, as well as her new boyfriend Arnold (John Turturro). It’s her strongest role in years, and it’s a shame that Moore will go unnoticed by the Oscars.

Moore is completely vulnerable onscreen; whether she’s having a heart to heart conversation with her children or singing along to pop stars in her car, she’s able to make relatable feelings funny, but never sacrifices realism for a cheap laugh. This isn’t a film that wraps up in a stereotypical way, and Moore does an excellent job at handling the complicated emotions involved with creating and dissolving relationships. It’s also a film that requires a commitment to dancing, as Gloria often expresses herself through her nightly escapades in nightclubs, and throughout the dance numbers, Moore captures the spirit of freedom and excitement. 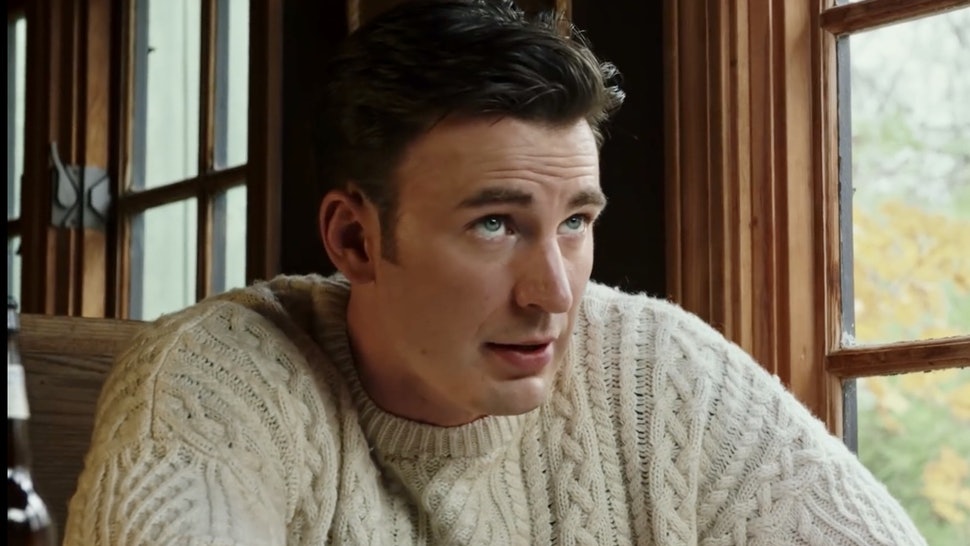 Sometimes a performance ends up getting ignored by the Oscars because it’s hard to choose just one performance out of a fantastic ensemble. This is the case with Knives Out; it is one of the year’s strongest ensembles and features terrific performances from Daniel Craig, Ana de Armas, and many others, but it’s Chris Evans’s scene stealing role as the eccentric Ransom Drysdale that should merit serious consideration for Best Supporting Actor. In a film where many characters are crafted to be cynical and bitter, it is interesting to see a character like Ransom who shakes up the room by making fun of everyone.

Evans is best known for playing Captain America, and his performance in Knives Out couldn’t be more different than Steve Rogers; Ransom is a loathsome character who revels in his own privilege and takes joy in exploiting and embarrassing his family, and Evans is able to flip his image on its head and play a character that audiences love to hate. However, Evans is playing more than a caricature, and does a good job at hiding his character’s motivations up until the electrifying final act. It’s unlikely that Evans will get an Oscar nomination, but it’s the type of comedic performance that the Academy should nominate more often.

7. Matthew Rhys, A Beautiful Day in the Neighborhood 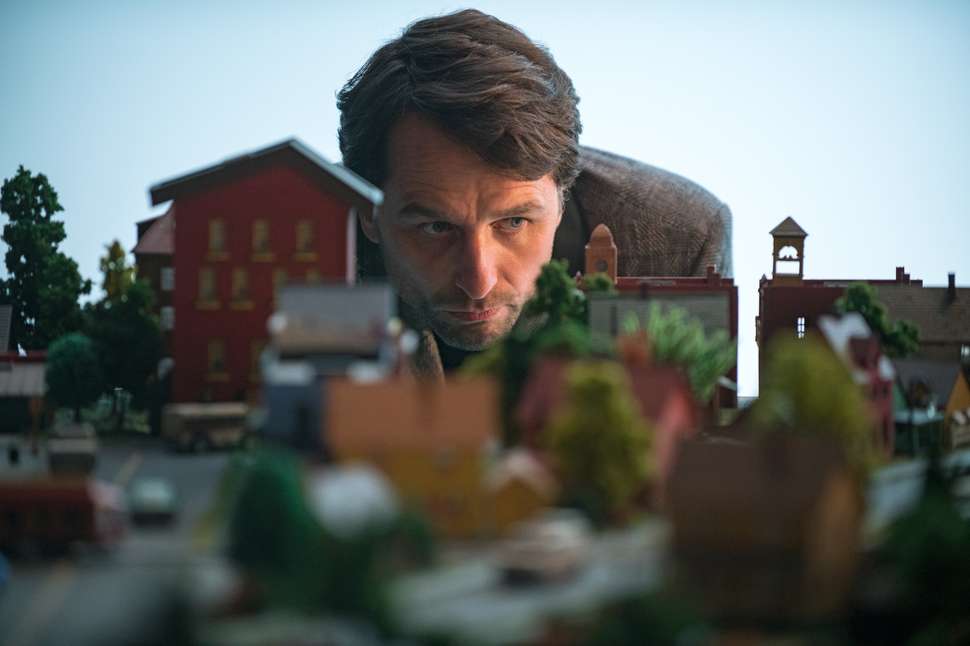 Tom Hanks has received unanimous praise for his performance as Fred Rogers and is considered to be one of the frontrunners for Best Supporting Actor, but the story of A Beautiful Day in the Neighborhood actually revolves around Lloyd Vogel (Matthew Rhys), a cynical journalist who is assigned to interview Mr. Rogers. While it is Rogers that helps Lloyd resolve many of his issues, the story is first and foremost about the nature of parenting and forgiveness. Lloyd is struggling to forgive his own father (Chris Cooper) for abandoning him, and his anxiety increases as he begins to raise his own child.

It’s a thankless role, as much of the critical attention will revolve around Hanks’s warm performance as a person audiences are familiar with, but Rhys is asked to do a lot of emotional heavy lifting as he struggles to cope with the decisions that both he and his father have made. Lloyd isn’t a perfect person, but seeing him grow throughout the course of the film and learn to incorporate the teachings of Fred Rogers into his life is very rewarding. If Hanks does indeed get an Oscar nomination for his performance, it would be nice to see Rhys nominated alongside him. 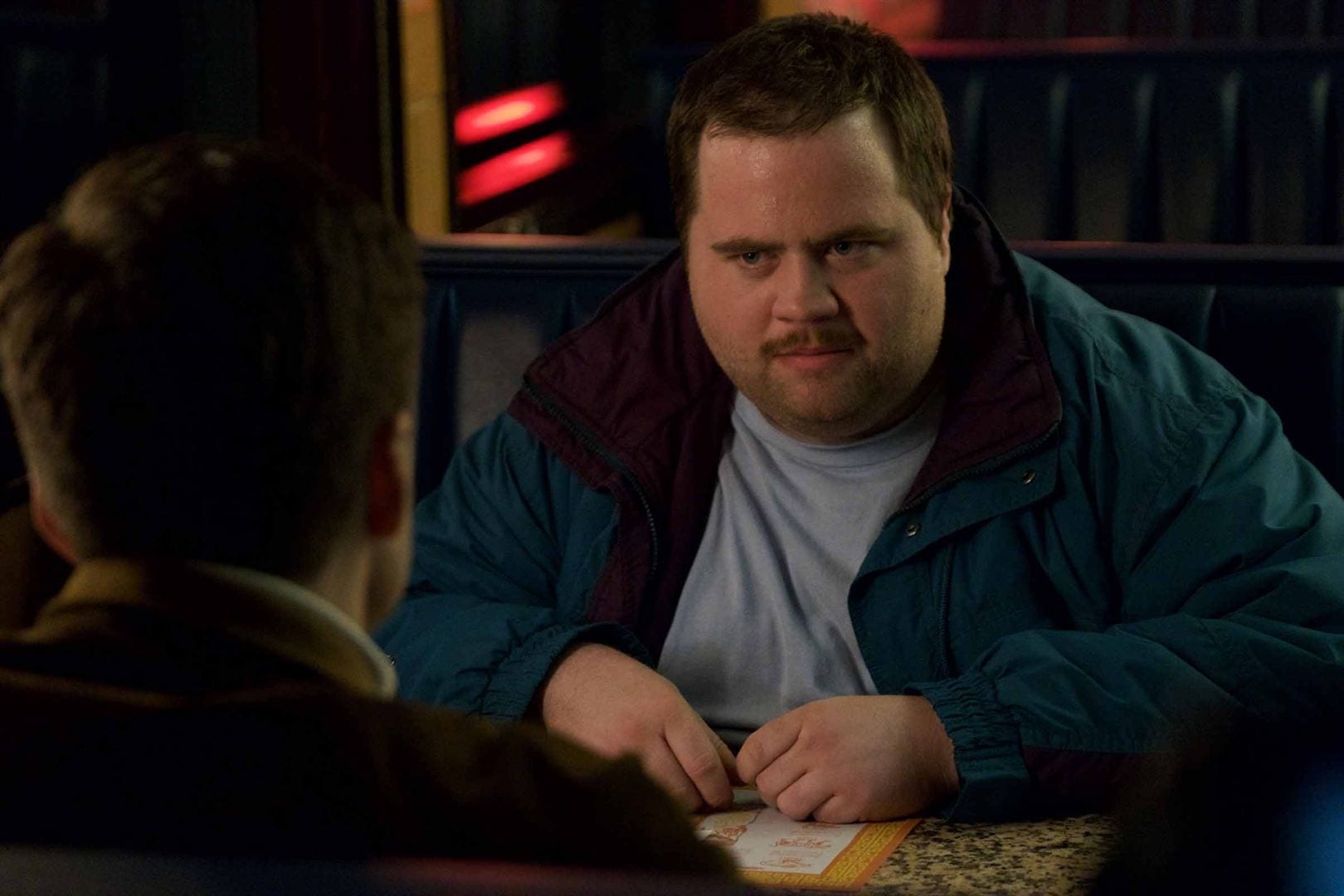 With Richard Jewell, Clint Eastwood directed one of his best films in years, and the raw pathos of the story is all built around the incredible lead performance by Paul Walter Hauser as the titular character, a heroic security guard who was wrongfully accused of staging a bombing at the 1996 Summer Olympics in Atlanta. Hauser has previously given scene stealing supporting performances in films like I, Tonya and BlacKkKlansman, but here he gives a terrific lead performance as a man who was exploited by the government and media, and was never recognized as having saved people’s lives.

As a character, Richard Jewell is depicted as wanting nothing more than to be a member of law enforcement, and seeing him rise to the occasion, stop a dangerous attack, and then be accused of orchestrating the same crime is just heartbreaking to watch. Jewell becomes an easy target, as he overshares with authorities who don’t respect him, and Hauser is so likeable in the role that it’s impossible to not feel bad for this character as his dream is taken away from him. This year has many contenders vying for a Best Actor nomination, but it would be a shame if Hauser wasn’t recognized for his great work.