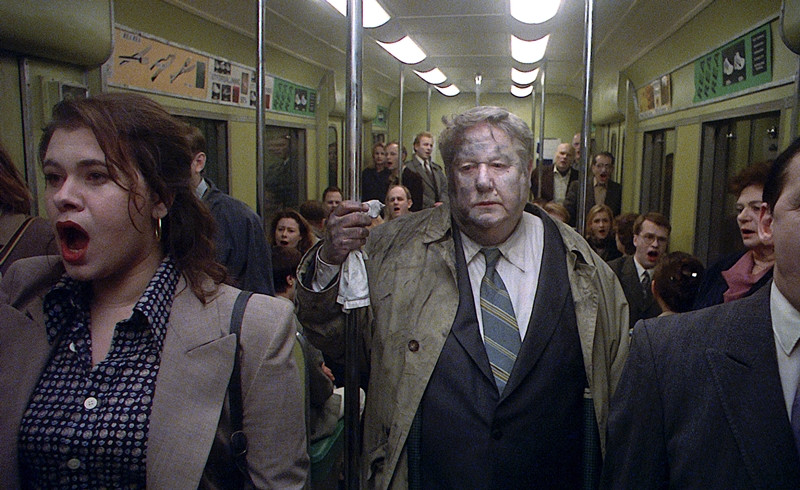 World cinema is somewhat hard to define as a term. Usually it has the following components: it is not a Hollywood production, it is often not English spoken (but not by definition), and the term carries a feeling of ‘art-house’ sensibilities. It can be a bit of an Anglo-centric term. Most people associate ‘world cinema’ with a certain degree of ‘foreignness’, or more exotic films. For the purpose of this list titles are chosen from a variety of continents and genres. The focus is on smaller productions, mostly from countries with smaller, or less watched abroad, film industries.

The entries on this list consist of various classic pieces of world cinema. Some of these films and / or filmmakers are quite well known in their respective countries. Some have enjoyed international successes, or can be well-known in certain circles. But for whatever reason these films remain more obscure than they deserve to be. Here are forgotten masterpieces of world cinema. 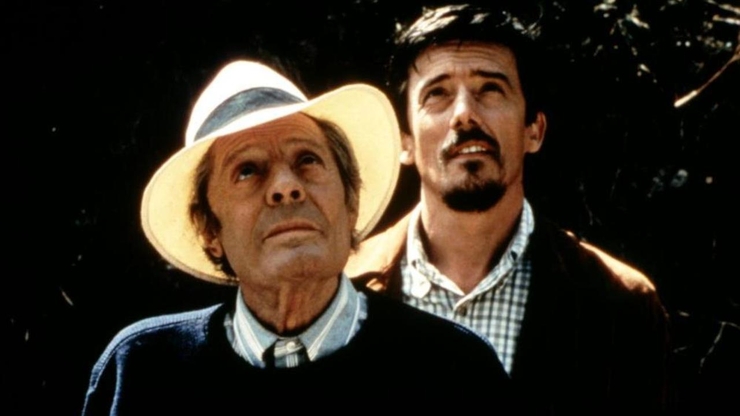 Manoel de Oliveira was at one point considered to be the oldest active director, dying in 2015 at age 106. He had been directing shorts in his native Portugal since the silent era. De Oliveira has a massive filmography, with dozens of features, shorts and documentaries to his name. ‘Voyage to the Beginning of the World’ is an excellent small-scale drama about a director (Manoel) and a group of friends taking a French actor, Afonso, to his roots in a small village in Portugal. Along the way the director visits memories of his childhood.

‘Voyage’ is seemingly a simple film, but because of that simplicity it becomes quite powerful. Its story is inornate but very human and close to the heart. It is a partly autobiographical film for director de Oliveira, having taken a friend to Portugal for the same reason a decade beforehand, and this personal connection with the material shows in how heartfelt the film turned out. A sad little titbit, main actor Marcello Mastroianni, who plays Manoel, died before the release of this film.

It is quite hard to make a film that is truly anti-war. There are many great films made about war, but often they can’t help but glamorise the camaraderie and heroism. ‘The Red and the White’ by Miklós Janscó has no such problem. It follows an episode in the Russian civil war, a brutal time in Russia seemingly absent from film outside of Soviet propaganda. ‘The Red and the White’ does not really have a central character, but it mostly follows an Hungarian battalion in the Russian war.

‘The Red and the White’ paints war as utter chaos. It is a nihilistic, bleak and violent picture. The films plays on the banks of the Volga river, where both sides of the fighters overtake a monastery and a field hospital, only to be overtaken again by their enemies as if in a grotesque dance. Characters are introduced, some of their plans shown, only for them to die shortly afterwards. Director Janscó uses long takes to put the watcher into the war. Noteworthy is the lack of non-diegetic music; there are only two instances of music in the film, both performed by the films characters in pivotal scenes. It is clear what Janscó thinks of war, and remarkably he has managed to keep glamorisation at bay. 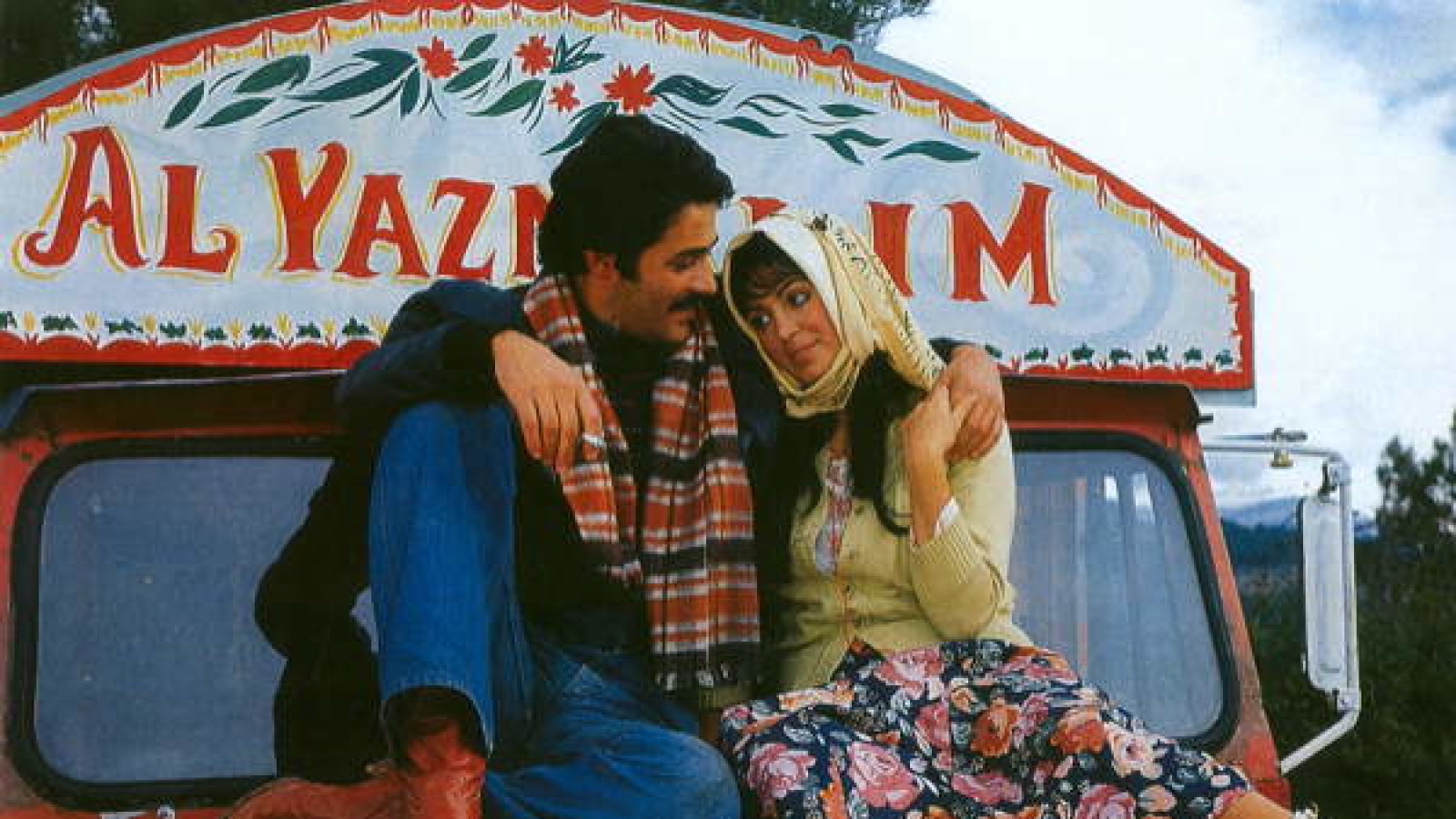 Atif Yilmaz was an almost legendary and extremely prolific Turkish director. Based on a book by Chingiz Aitmatov it tells the story of Asya (Türkan Soray) a woman in a small town who falls for a charming man, Ilyas (Kadir Inanir), from Istanbul and they get married quick. In the end her marriage and the ensuing problems will force Asya to make a hard choice.

‘The Girl with the Red Scarf’ stands out with its strong acting and characters. Inanir, and Soray are great in their respective roles, transforming their characters in real feeling people. Ahmet Makin is especially striking as the dependable, likable Cemsit with a weary heart from the past. ‘The Girl with the Red Scarf’ is a very emotional film, and one must like that kind of drama. If you do however, you cannot go wrong with this film about hard choices of love and logic. 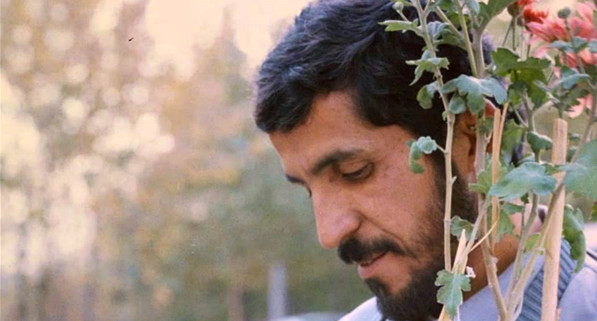 Iran is, perhaps somewhat surprisingly, a source of great films and filmmakers. Despite its authoritarian and censor-happy regime the country has produced fantastic pictures; nowadays Farhadi is probably the best-known filmmaker, but there is also Jafar Panahi, Mohsen Makhmalbaf and Abbas Kiarostami. Director Kiarostami is the one responsible for the intriguing film ‘Close-Up’, but Makhmalbaf also has an interesting role to play. ‘Close-Up’ is a biographical/documentary film, following a lower-class man (Sabzian) impersonating famous director Makhmalbaf and practising acting with the kids of a upper-class family promising them a job on his new project. The film takes place for the most part from a courthouse where the faux-Makhmalbaf is being sued by the family, and re-enacts certain scenes of the events that happened.

‘Close-Up’ is both a documentary and a re-enactment of the above story. And it is such an interesting story. One aspect that stands out is how Sabzian’s opinion finally mattered as a well-known person, and was not listened to when he was just a poor man. The question always remains; is his act at the trial, one of a dejected, poor man rueful of his misdoings, just another performance? We can never really know. One thing is clear; the social interactions this film, and the inside look at Iran’s justice system are fascinating, and Kiarostami directs a different but great film that should not be forgotten.

Japanese horror, the so-called ‘J-Horror’, is quite infamous nowadays. But Japan has excellent old horror films to offer as well. ‘Onibaba’ by the master filmmaker Kaneto Shindô is one of those films. Made in the 60’s it might not be as visceral for modern audiences as it once was, but it retains its excellent tension, and the intuitive feeling of something ‘feeling wrong’. Two women, a mother and the wife of her son, live in a small hut and kill stray soldiers who wander in their domain to sell their belongings. A local man returns with news that the son and husband has died in battle.

Unique about ‘Onibaba’ is how well it conveys a sense of location. The whole film takes place in a grassland, with grass and reeds growing above the heads of the characters who live there in small huts. The sea of grass feels endless in this film, the heat muggy. It is often like spirits and ghosts whisper through the grass.

‘Onibaba’ only has few characters, and the way they are presented with their personalities and desires creates considerable tensions. Nobody in ‘Onibaba’ is really likeable, and the whole film has a uniquely brooding, sexual undertone. For those who like an atmospheric horror film, look no further.