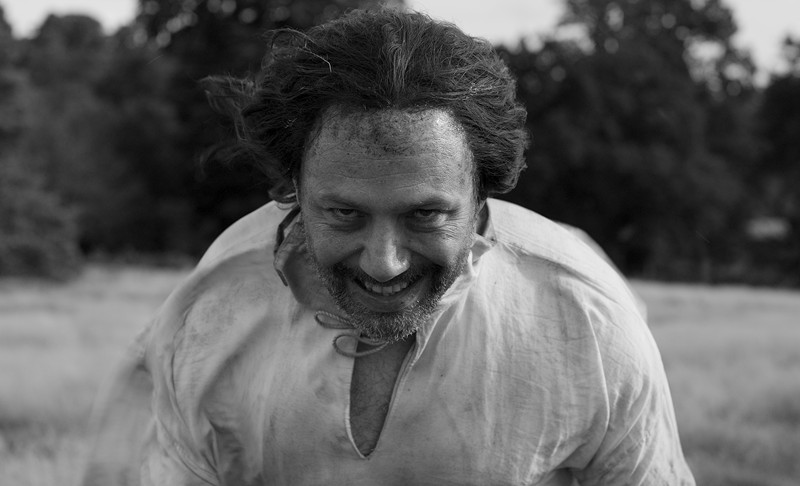 It’s been nearly 60 years since Francois Truffaut’s notorious statement that there was a certain incompatibility between Britain and cinema. He even went as far as to say that the country itself with its dull weather, stolid routine and understated humour was anticinematic. And this opinion, given by one of the great arbiters of film taste at the time, has hung like an albatross around British film’s neck ever since. But looking at the official history of UK cinema, can you really blame him? For Truffaut, it would have represented a dreary trudge from Grierson’s stiff documentary movement to the kitchen sink misery of the early ’60s, with a whole heap of flagwaving war pictures inbetween.

In this landscape, great directors were not individual, maverick geniuses, like Renoir or Dreyer, but knighted servants of the studio system, like Carol Reed and David Lean. And there’s an awkward sense that little has changed; Loach, Leigh, Frears and their acolytes have continued the social realist tradition, while the BBC saw fit to eulogise Anthony Minghella’s life, after sneering at the dual demise of Bergman and Antonioni only weeks before.

But maybe Truffaut’s attitude would have been different if he’d been able to see beyond the official crestline and peer into the darker, more remote corners of British cinema, where individual talents have occasionally blossomed. This list looks at ten films that have bucked the trend for pedestrian realism and are therefore strikingly untypical of their country of origin. But at the same time, some of them fit squarely into British genre traditions that have fallen foul of intellectual fashion and deserve to be reappraised. 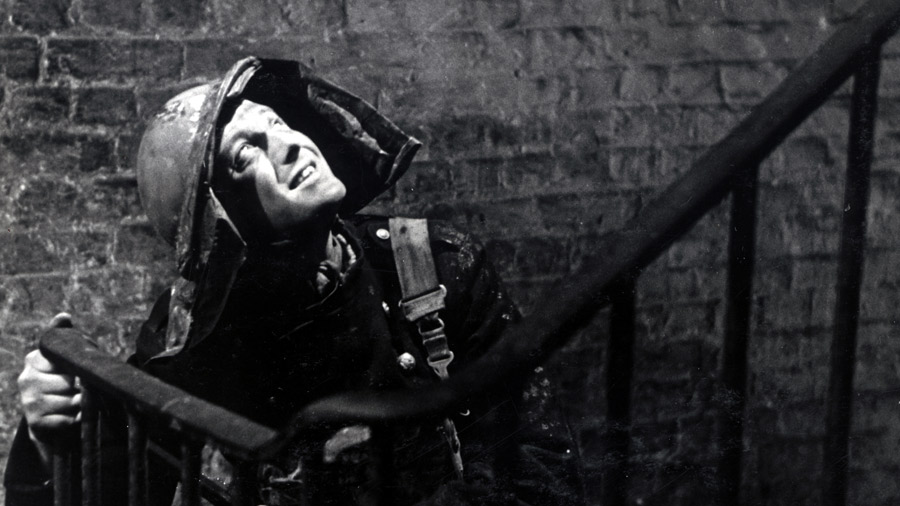 Humphrey Jennings came from the documentary movement, providing propaganda during the war through the Crown Film Unit. But his films are markedly different from those of his contemporaries, often mixing poetry, history and formal radicalism in with his portraits of the Home Front. This rare feature is a re-enactment, made up from eyewitness statements, of a group of firemen taking on a blaze during the Blitz. It uses non-professional actors, all of whom had served in volunteer fire crews at the time, but the script goes out of its way, not to point up their unity as you’d expect, but actually their differences, particularly when it comes to class.

It’s also a record of failure rather than success, the end scene being the funeral of a colleague who has fallen in action. In other words, it refuses melodrama or false sentiment, instead insisting on restraint and a true reflection of life under pressure. Is that the restraint Truffaut was talking about? But Jennings plays with our sensibilities, pre-empting the arrival of the German planes with a jaunty singalong, then solemn poetry read in voiceover. In the middle of a barrage, our trusty heroes duck and cower in fear…then break out in laughter. The cumulative effect is unbearably moving; as Lindsay Anderson put it, it showed us, the best of us. 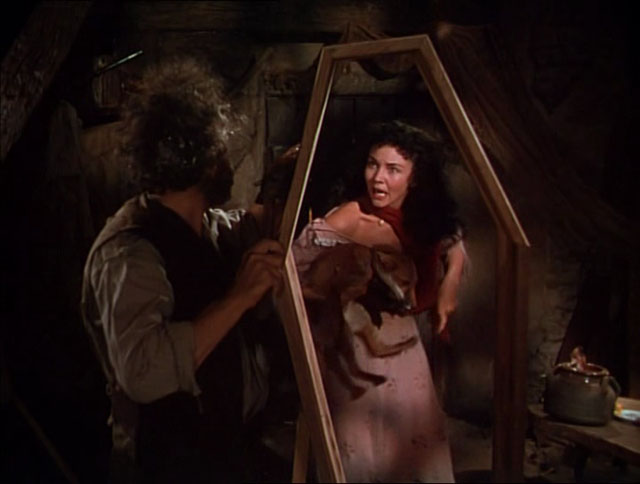 Powell and Pressburger have long been touted as the best antidote to English stodginess, with their films’ whimsical storylines, dazzling colour cinematography and almost Pagan earthiness. Strange, then, that Gone to Earth should be so overlooked when it displays all those qualities to their utmost. Starring Selznick protegee, Jennifer Jones, it’s a rumbustious tale of a beautiful gypsy girl who has caught the eye of the local squire.

It feels like it’s been ripped from every bit of folklore in English rural history and it doesn’t so much avoid clich as roll around in the muck with it. Christopher Challis proves a worthy successor to Jack Cardiff and his lurid cinematography drips off the screen, Jones’s tactile flesh brushing up against the red fur of her favourite fox cub. It’s a gaudy, indulgent delight, and its continuing absence from discussion of the Archers’ work is as mysterious as the film’s appeal. 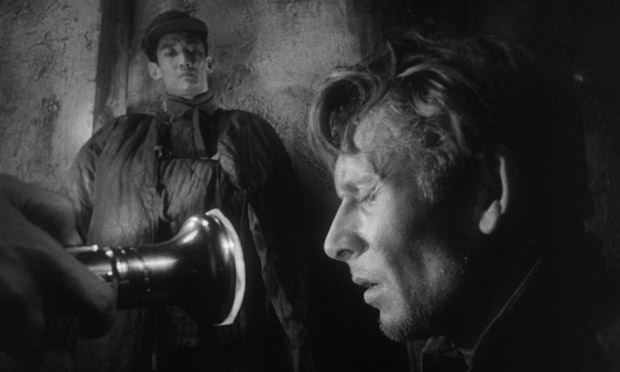 Like Humphrey Jennings, John Krish was principally known as a documentarist. But in 1959, he was to apply his skills to a rather different kind of project. He was commissioned by the armed forces to make a drama that would act as an instruction manual for soldiers who found themselves under interrogation. Krish set the film in a Korean prisoner-of-war camp where English soldiers are variously questioned or tortured for information.

The level of factual detail is astounding; years before Abu Ghraib made it a household term, waterboarding is shown in gruesome, matter-of-fact close-up. And brainwashing is explored a decade before it became a standard plot device in espionage series. But the film is not just a grinding watch, it’s also dramatically satisfying, too. A shame then that the army decided against putting it on general release, worried about what impact it may have on the public’s perception of war. Now it has been rediscovered and released on disc by the British Film Institute. 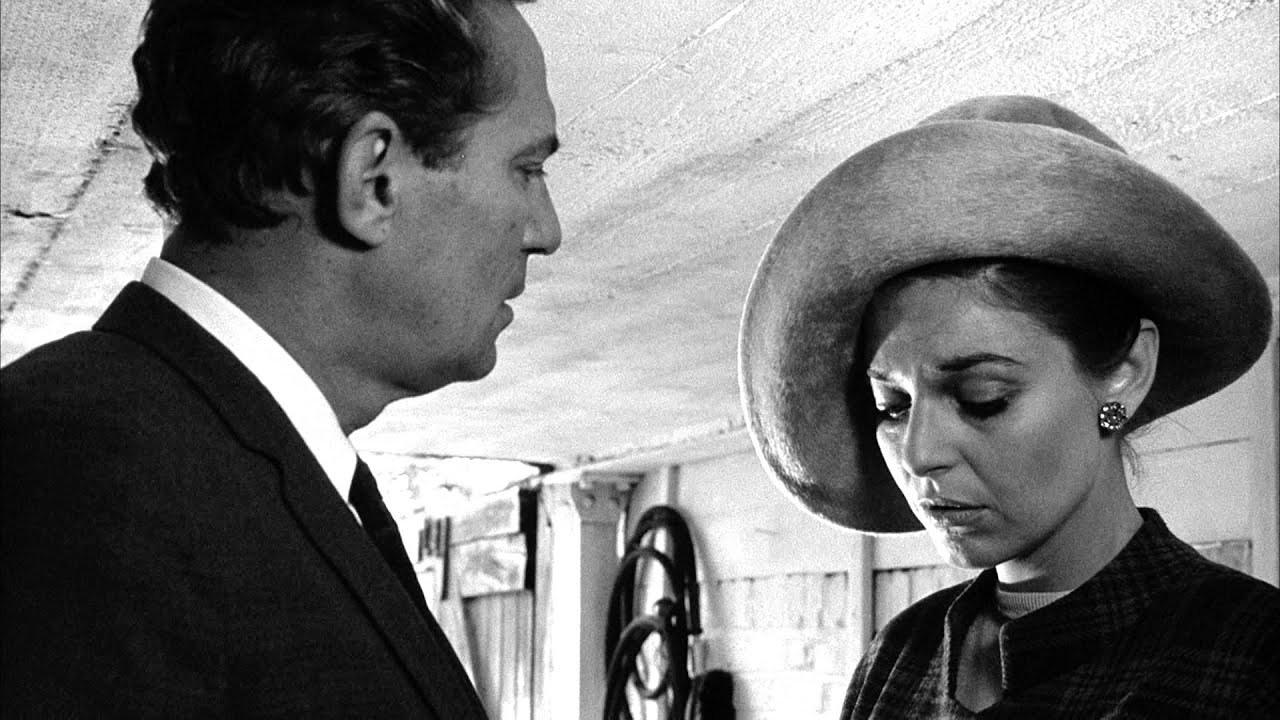 The Pumpkin Eater is the kind of dry, academic, middle-class drama, complete with literary script, which was already going massively out of fashion when it was released in 1964. The Nouvelle Vague critics in France had dismissed the French equivalent, le tradition de qualite, and brought in a youthful, breezy and more playful approach to film form. But fashions come and go, and eventually all that’s left is the films. And this is a very good one.

The third feature from the underrated Jack Clayton (whose previous work included Room at the Top and The Innocents), it’s basically a portrait of a marriage put under pressure by the husband’s affair. But the interplay between the characters is far from predictable, as they all get caught in their own neuroses and self-delusion. It boasts an outstanding cast Anne Bancroft, Peter Finch, and a supremely creepy James Mason and a typically impressive script from Harold Pinter. 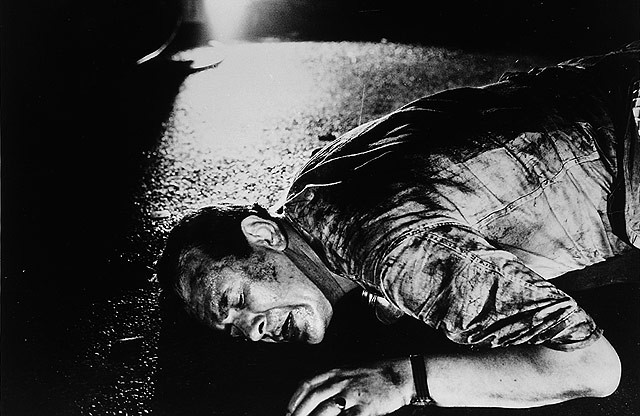 Invasion is a good candidate for oddest cult sci-fi movie ever. Its story of a remote country hospital cut off from the outside world, enduring a strange heatwave where everyone starts sweating, makes it eerily apt viewing for these lockdown times. But then the Japanese ladies turn up. Yes, that’s right, the invaders are young Japanese nymphettes in sleek silver suits. Like I said, odd.

A bizarre anomaly from the mind of popular Dr Who scribe, Robert Holmes, much of the film plays like the ’60s episodes of that series, with stout British soldiers helping a good doctor deal with a menace from outer space. When the interstellar babes turn up, you expect it to dissolve into high camp and tongue-in-cheek humour. But it never does. In fact, it adds dashes of adult drama instead, with its subplot of an adulterous couple torn apart by events. The result is so peculiar, so alien in tone, that the film itself might be labelled a UFO, or Unidentified Filmic Object.