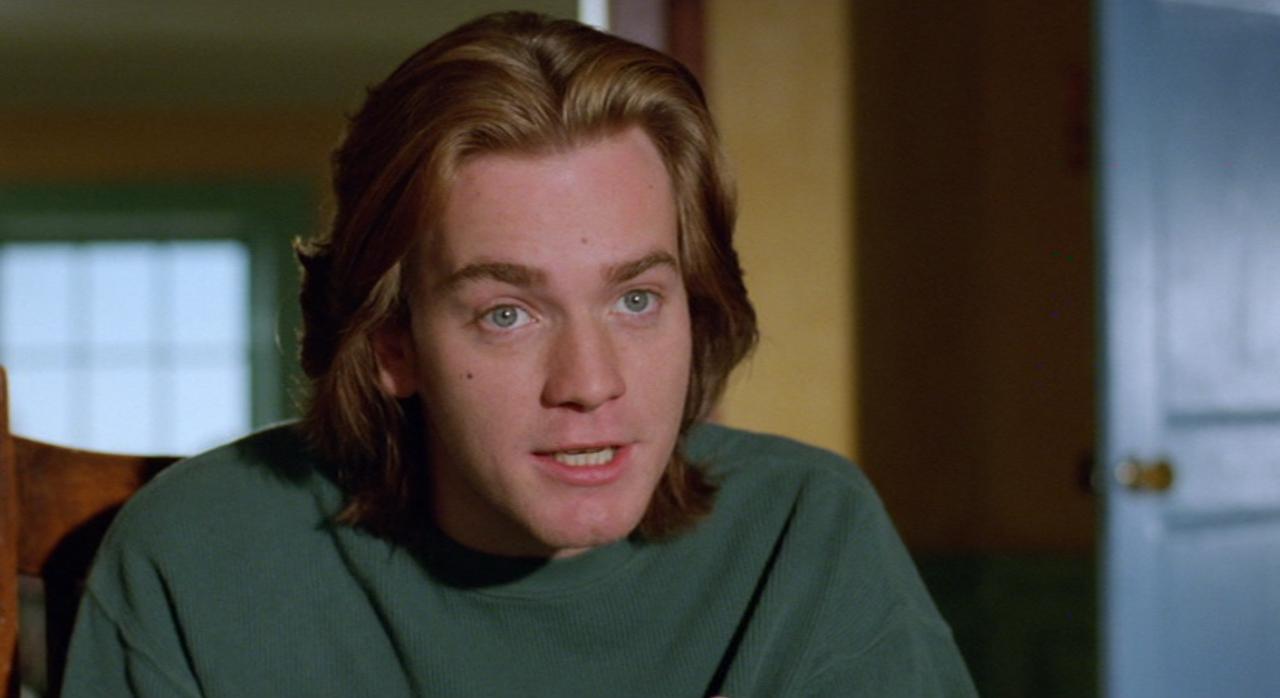 Even the greatest and most well-known directors have created movies that fly under the radar, for one reason or another. Sometimes they simply made a movie in their home-country before they became big abroad, or they put together a film with little to no funds before their career got started. Sometimes a smaller movie simply does not stand out between larger critically acclaimed pictures in a directors filmography. Marketing, or lack-thereof, can also play a role. Some of these filmmakers can have such daunting filmographies that potential small classics just fall of the map!

After one has exhausted the classics out of a directors oeuvre, it is time to sift through all the smaller, lesser-known films they have made. Perhaps to learn what a director came from, what their influences are and how they contextualise their work. When doing this sometimes one encounters films worthy of standing with that director’s best. It can be a director exploring something completely different of what makes them famous, or a smaller film that captures much of their worldview.

In this list it was the goal to find movies in the back catalogue of a diverse set of directors, with films covering different genres. Films that are somewhat overlooked but deserving of more attention. Here are awesome movies by great directors you’ve probably never seen. 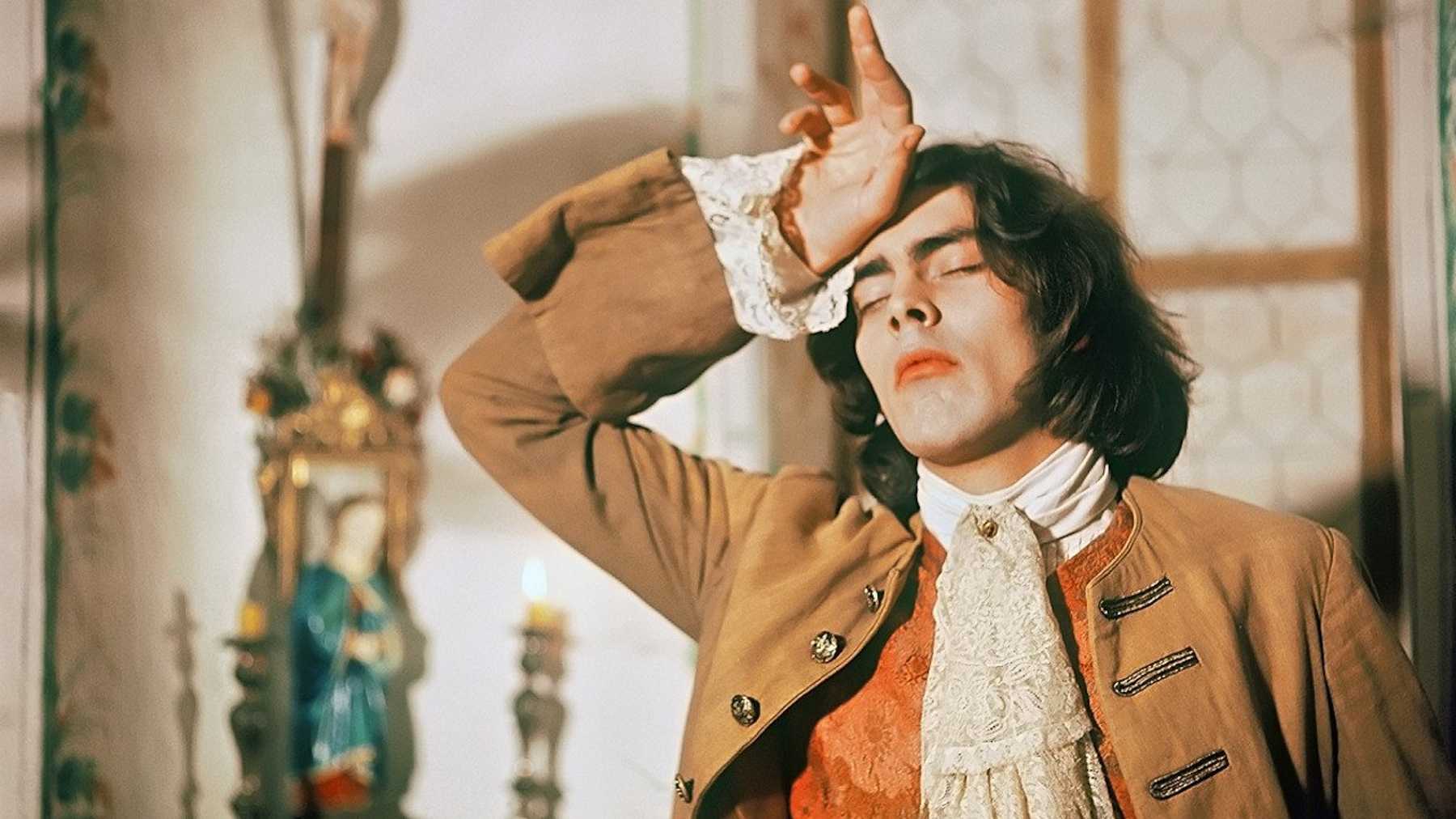 Werner Herzog is a legendary filmmaker and documentarian, many stories about his life and pursuits over the year would be worthy of a film in and of itself. The documentaries ‘Grizzly Man’ and ‘Little Dieter Needs to Fly’ and his output with the insane, unworkable Klaus Kinski ‘Aguirre’ and ‘Fitzcarraldo’ are some of his best known exploits. The filming of ‘Fitzcarraldo’ is even documented in the film ‘Burden of Dreams’. ‘Heart of Glass’ is another film worthy of the above named titles, and it even has yet another crazy story associated with it: Herzog hypnotised the whole cast during the filming.

‘Heart of Glass’ follows a town in the German Alps. The local glassmaker has died and took with him the formula to ‘ruby glass’, the factory of which supplies the whole town with work. As a result the locals lose all aim in life. This is where the hypnotization comes in. It is not just a gimmick; it helps build a mood and vibe of a community floating around with no goals or vision.

Herzog’s ‘Heart of Glass’ is not an easy film. It is very desolate, if at times shot gorgeously. All sorts of parables could be seen into the story of the film; from mankind’s rise and demise throughout the centuries to the simple one of a community lost. Herzog does not hold the viewers hand, and once again provides an uncompromising cynic view of humanity.

Joon Ho Bong might have made the most talked about film of 2019 with ‘Parasite’, and has been widely known for his ‘Zodiac’-like debut ‘Memories of Murder’ which is one of the most masterful detective films ever made. ‘Mother’ is also filmed in his home country South Korea and is also a dark murder mystery. It follows the titular mother who tries to prove her mentally handicapped son is not the perpetrator of a murder. ‘Mother’ mostly sees the mother (Hye-ja Kim) doing het detective work in the village. She is hindered by the fact that her son easily confesses the murder and the fact that the detectives don’t seem to investigate all that intensely.

‘Mother’ is a barebones thriller. It rests on a tight script and the performance by Hye-ja Kim as the devoted elderly mother. The film is often frustrating, like it is for mother character herself, and does away with the expected conventions of the genre. ‘Mother’, however, is not all gloomy, it also finds unexpected comedy like so many South Korean films do. It is an emotional ride, start to finish, but one your glad you’ve taken. 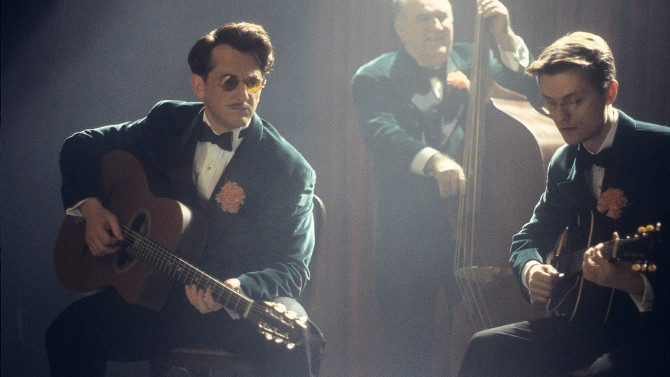 Woody Allen’s tendency to release a film almost every single year since the seventies has created quite the daunting filmography. The director responsible for classics such as ‘Annie Hall’, ‘Manhattan’ and ‘Match Point’ (among others) has between those created literally dozens of smaller films of varying quality. ‘Sweet and Lowdown’ is one of those diamonds in the rough.

‘Sweet and Lowdown’ tells the story of a gypsy guitarist, Emmet Ray played by Sean Penn, who lives life on the edge. Ray is completely unreliable, theatrical, enjoys booze and women, and is completely helpless when catching feelings for the mute Hattie (Samantha Morton). His lifestyle and personality put him into all sorts of trouble.

‘Sweet and Lowdown’ is shot as something of a faux documentary of a real jazz legend, complete with talking heads on screen telling about the life and dealings of Emmet Ray. The stories are mostly based around that of real life gypsy jazz player Django Reinhardt, a masterful player who invented a whole new genre but lived an exciting life and died young.

The film portrays Ray as a person for whom life only makes sense when he is up on a podium playing. Director Allen manages to find the balance between comedy and tragedy, not in the least helped by two great performances of Penn and Morton. It is almost like discovering a hidden legend of jazz. 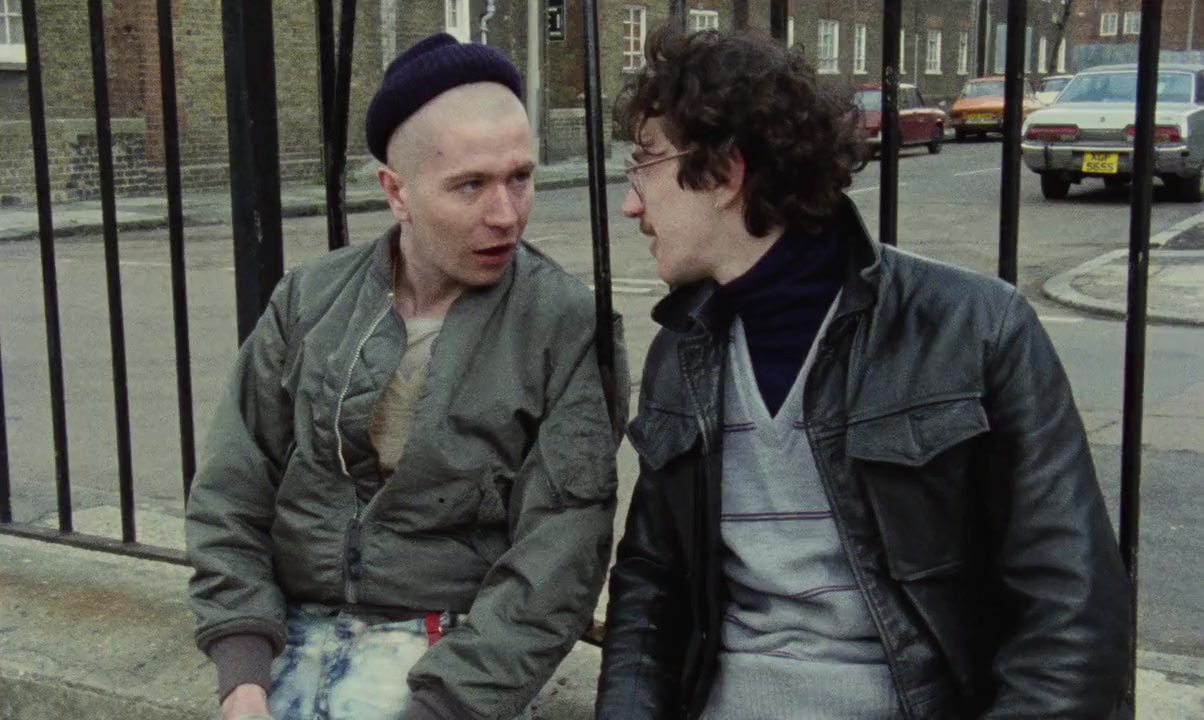 Mike Leigh, who in the 90’s made furore with his brutally honest kitchen dramas like ‘Secrets and Lies’, made the nihilistic ‘Naked’ and nowadays continues his acclaim with films like ‘Another Year’, has been behind the camera for a long time. Already in 1983 he made ‘Meantime’, a made for tv-movie, though its quality does not reflect that. ‘Meantime’ follows two young adult brothers living in Thatcher-era Britain with their (jobless) parents in a tiny apartment. When one gets offered a job from their rich aunt the other gets jealous.

Like many of Leigh’s films, ‘Meantime’ follows people at the bottom of society. The world surrounding the two brothers is bleak and filled with hopeless characters. Leigh demonstrates his understandings of human behaviour, especially the not so beautiful parts of it. ‘Meantime’ therefore is quite a harsh film at times. The acting is superb, and besides the main character Mark played as a frustrated adolescent by Phil Daniels, we see a young Tim Roth and Gary Oldman both of whom get to shine. Especially Roth stands out in his quiet, disturbed role. 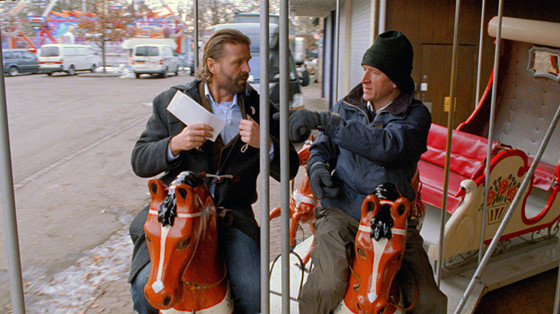 Lars von Trier is something of an enfant terrible of European cinema. While some of his works have had across the board success, ‘Melancholia, ‘Dogville, ‘Breaking the Waves’, many of his films have remained at the least divisive. Von Trier is not afraid to experiment with his films, and use the medium film to almost wreak havoc on his viewers like removing all exteriors of buildings in ‘Dogville’ or assaulting the viewer with the sexual violence in the fever dream ‘Antichrist’.

Between all this bombast he made a cool comedy ‘The Boss of it All’, back in his home country of Denmark. Von Trier himself says at the start of the film, in a fourth wall breaking moment, ‘it is just a comedy, nothing more going on’. Of course this is a blatant lie. However, ‘The Boss of it All’ really is first and foremost a delightfully twisted comedy. The boss of an IT company invents a president for his company, who he uses as a scapegoat for unpopular decisions. To sell the company he has to hire an actor (Jens Albinus) to play this non-existent president, who immediately gets attacked on all sides for all the decisions he made through out the years.

Albinus’ interactions with his new ‘underlings’ are the dark and funny heart of the film. His character ‘Svend E’ is hilarious in how bad he is at acting the boss’ role bestowed on him and how the co-workers respond to him. The von Trier aspects come to the forefront in the misanthropic way all the characters are viewed, and their selfish actions. It wouldn’t be a von Trier film if there wasn’t some strange experimentation going on: all camera angles in ‘The Boss of it All’ are picked by a computer program, leading to an overall odd mood and a feeling somebody is watching a strange documentary. Cool comedy for those who like their comedies dark and a bit absurdist.