It has been long argued through decades that a film is not a mere visual representation of a story, it is more than that. A film encompasses several traits in its favor, which any other form of art can’t ever reciprocate because of their linearity.

A motion picture often uses the long and intellectual process of combining the arts of cinematography, editing, sound mixing, mise-en-scene, and color theory in the single runtime of the finished product to fully immerse the audience in the experience.

An experienced writer can only guide its reader to the mental and physical conditions of its characters through the fine detailing of words, but a motion picture is much more real than that. The hand and facial gestures, the color of the costumes, the hair and makeup of the protagonist immediately gives the viewer the idea of the surrounding without a single utterance.

In the same way, a picture or painting freezes the time in accordance with the artist’s preference, but neither offer necessary depth for the spectator to explore. In cinema, a viewer is much more free to get an unguided tour in the film’s spatial zone through the use of deep focus.

Though film boasts supremacy over the other art forms, it often steals conceptions from them to build upon the already prevailing ideas as a film is an excellent amalgamation of all other art forms. The tradition of expressing thoughts through written words is one of the oldest methods of mankind, kick-started by the innovations of the Gutenberg age and still prevails as one of the most intimate.

Films often borrow the help of great literary classics to adapt them to the screen to project the ideas to a larger audience. It is a long tradition; the man whom Akira Kurosawa regarded as the sun of the cinematic universe, the great Satyajit Ray, often made his cinema adapting literary classics. Even his breakthrough film “Pather Panchali” was a film adaption of the novel of the same name.

So, if one has to live in this world, they have to embrace the warmth of the sun and believe in the truth of film adaptations. Jokes aside, this tradition of adapting novels for the screen often becomes a double-edged sword. It can be because of the lack of the vision of the director, or sometimes the subtle intricacies of the written words were never meant to be ever translated onto the screen.

F. Scott Fitzgerald wrote a satiric and tragic consequence of the American Dream in his most intimate work, “The Great Gatsby.” Revolving around the tragic life of bootlegger millionaire Jay Gatsby, who fell in love with the shallow socialite Daisy Fay Buchanan and wasted his whole life trying to prove himself to her, it critiqued the flapper culture of the roaring ‘20s.

It also raises a voice against the objectification of the women, which is evident throughout the novel. Jay Gatsby loves Daisy with all his heart, but to him, Daisy is nothing but a familiar stereotype of the good-natured wife; she is an asset to be possessed for the man, and in return, the women also expect security from the men.

The man in the foreground, cleverly disguised as another personification of the impossible dream is Nick Carraway – a relative of Daisy and neighbor of Gatsby who will first-hand witness the destruction caused by the dream world.

The film adaptation by Baz Luhrmann misses all these small details. It glamorizes the party culture of the time without critiquing it; the production design is a spectacle, but it is where most of the film’s weakness lies, exemplified by the unnecessary inclusion of contemporary rap in a period piece.

Jay Gatsby is toned down as a tragic possessed lover without highlighting the small character traits that made the man, and the same can be said about Daisy, who is portrayed as a shallow and selfish girl without underlining the social and psychological security she desired.

The difference between the West and the East symbolizing the relations of money and social status is extremely thick and shallow in the film. In return, “The Great Gatsby” as a film adaptation is an extremely poor and wicked try.

The best thing that can be said about the 2007 film adaptation of the young adult novel “The Golden Compass” is that it boasts amazing CGI effects, which are rare in Hollywood.

It is great news that this helped the film to win the Best Visual Effects award at the Oscars, but heartbreaking as it was the only redeeming quality of the film. Young audiences and the mature ones alike would like to have a friend like the armed polar bear in real life because it looked so real in the film, but the soul of the book is ripped apart in the film in lieu of great visual effects and a star-studded cast. But does the star casting work for the film?

Absolutely not. Apart from the memorable performance from the child actor, almost every real character in the film is a terrible example of miscasting, including Nicole Kidman in the role of Mrs. Coulter and Daniel Craig as Lord Asriel.

The soul of the film was concerned in contrasting the vicious activities of the theological institute with the innocent exploration of the child Lyra. Here, the religious implications have been toned down to please the members of the Catholic Church. Ripping apart the philosophical subtexts, the audiences instead were presented with a fast-paced young adult fantasy thriller where the immediacy of building a universe is painfully evident.

As a result, about three minutes into the film, the audiences were presented with galore of complex information, which is even an annoyance to the readers of the novel, let alone for the uninitiated.

Whereas the book “The Golden Compass” was one of the greatest young fantasy novels ever, the film adaptation falls flat because of the one-dimensional characterizations, bad directorial decisions, and sloppy storytelling regardless of the fast pace. Pathetic!

To associate the consequences of a dystopian society, authors throughout history have often created an authoritarian mind-controlling government. Ray Bradbury in his chef-d’œvre “Fahrenheit 451” had created a government that does not necessarily alter the minds of its citizens, but is dangerously unaware of the self-destructive world they have become.

This was one of the prophetic works of the 20th century that described upcoming technologies like flat panel televisions, earbud headphones, and 24-hour bank machines. It also raises questions of man’s dependence on technology, around which the plot of the novel grew.

The book chronicled the life and conscience of Guy Montag, a fireman employed by the government to burn outlawed books, since most of the inhabitants of the world believe that the awful practical words are responsible for their impedance of the world and the only solution to it is to embrace hedonism in their culture.

But upon watching the dangerous sacrifices of the intellectual rebels of that time, Montag ponders about the direction their country is taking and joins the underground rebels.

The film also mentions the inevitability of the certain doom in the way of the “Phoenix” myth, but also ends on a positive note concluding humans are not Phoenix as they know to rectify past mistakes.

The 2018 film version by BBC, starring Michael B. Jordan and Michael Shannon, came at a crucial time when the prophetic writings of Bradbury are more real than ever. But to simplify and contemporize the plot, the screenwriters made some horrible decisions.

They created a time when reading is not totally abandoned but is solely dependent on the internet, to which the question arises: is the fetishization of a certain medium so important when you can gain the same knowledge albeit in a different way? Montag’s motivation to kill his colleague is also convoluted, and the final nail in the coffin is that a DNA of a bird, a silly pseudo-scientific-trope is used to close the resolution.

Other than the performances in the film, the adaptation missed the crucial ideas even after deviating and making some of its own ones, and ultimately became reminiscent of a high school exercise. 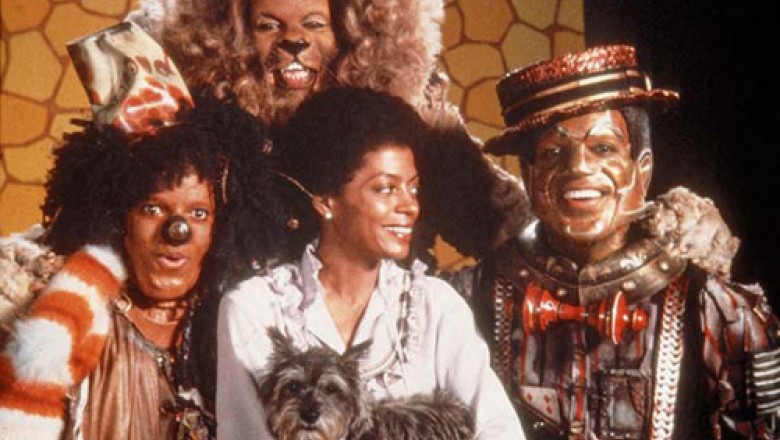 “The Wonderful Wizard of Oz” was a staple reading material for American children, and its first talkie adaptation in 1939 gained even more mass attention. Following the footsteps of the 1974 Broadway adaptation, “The Wiz” took a completely different route than the original novel or popular technicolor talkie.

It was only concerned in becoming a canonical entry to the 1970 blaxploitation movement, by casting Michael Jackson in the role of the Scarecrow, and Diana Rose as 24-year-old shy Dorothy. What worked like dream in the Broadway adaptation happened to be a disaster in the film, as they are very different mediums.

The original novel was not concerned with the political or social emphasis, and the talkie musical cleverly balanced its social subtext with the fantastical elements of the novel.

Changing the age of the protagonist, the film completely altered its target audience dynamic. It is difficult to believe in the fantastical sequences in between the blunt in your face political commentary.

A film adapted from a children novel that boasts prostitutes as poppy girls, a motorcycle gang as flying monkeys and the Wizard of Oz as a failed political candidate is doomed to fail. It was a disastrous failure fuelled further by bad acting and weird plot. 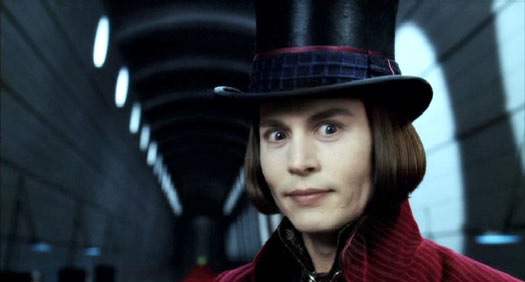 Another instance when a fantastic children’s novel unnecessarily embraced a dark tone. It was a sweet novel about an aloof famous chocolatier who decided to open his mysterious factory for select children to choose his final heir through a lottery process, but the film decided to create dark bitter chocolates for the audiences. Dark chocolate, while a mouth-watering treat for some, is not for everyone and this is the reason the film adaptation initially polarised film fans.

Johnny Depp took the role of the chocolatier Willy Wonka, but he misread the role and made an eccentric caricature of the character, which is repelling for most of the audience. Depp was even criticized by reviewers that he was impersonating Michael Jackson, which he denied.

Tim Burton is a great director with his weird gothic sensibilities, but it is simply not an adaptation of its forte. The film also made violent suggestions regarding the fates of the children who won the lottery to visit the Wonka factory, which is a put-off; although at the finale it is revealed that they are alive. Roald Dahl’s wondrous energy is canceled and the children’s film lost its audience for the dark, weird tone.