Are we living in a new golden age for film? Yes, the mainstream, for the most part, has backed down into franchises and sequels, but the overall scope of film has largely seen an influx of bright talent.

In our modern age where interconnectivity is broadening our viewing habits, we’re now able to discover treasures that otherwise would’ve been lost on us. It’s hard to choose but these are, what I feel, to be the most influential of the century thus far. Don’t get this confused with the greatest of the century, although plenty of these you can easily argue that, but these are the ones that have shaped us more than any other.

Charlie Kaufman had made a big name for himself being a screenwriter of immense talent, with “Synecdoche, New York”, Kaufman made his directing debut and the rest as they say is history. Kaufman does nothing less than explore the essence of life and existence, the way it works is that we place the people and experiences in our lives into compartments we create in our minds.

Kaufman does that quite literally in the story of a play writer named Caden trying to put on a gigantic stage play. Caden wants to do nothing but settle for honesty and brutality, to do this he builds a life size set of New York City and fills it with his own experiences.

In the beginning, Caden is a family man living in a miserable love with his wife Adele and his daughter Olive, Caden and Adele have drifted apart from each other to the point where Adele leaves Caden and takes Olive with her. Caden realizes how much life can be taken away in an instant and devotes his life to doing the extraordinary.

Kaufman set out to make a philosophical horror film that would dig into our primal fears. The fears of loneliness, being forgotten, dying, and losing our loved ones are what’s on display as opposed to the fake scares that most horror films adhere themselves to.

Kaufman has said in interviews that he loves movies and always has but feels film is “dead” in the sense that it doesn’t have that living quality that theater has. Kaufman doesn’t take easy short cuts with this one, rather than simply tell a story with logical precision, Kaufman uses metaphors to connect emotionally and viscerally. There’s a house that’s constantly on fire that someone decides to live in, grown up people are suddenly seen as little kids or of the opposite sex, and years pass by in mere seconds. If you try to put logic to it, it will frustrate you, but if you ask yourself questions then maybe you’ll see what’s being conveyed.

People will go into bad situations knowing they’re bad situations, parents will view their kids as they’re little kids no matter what, people will view themselves as something they weren’t born as, and the longer we live and go through the same cycles the more time seems to pass us by as we get older and more miserable.

“Synecdoche, New York” is a world of thoughts, emotions, ideas, feelings, and experiences that are limitless by time and fact and blurs the lines between art and reality. When you look at the great films of all time such as “Citizen Kane”, “Vertigo”, or “2001: A Space Odyssey”, the common trend is that they weren’t well accepted or appreciated in their time but gathered scholarly debate and re-evaluation over time, my prediction is that “Synecdoche, New York” will go down in that same regard. People may not realize it now, but this is the modern day “Citizen Kane” because it has changed the way we view cinema.

“Lord of the Rings” was released only 3 months after the September 11th attacks, so in what could only be described as perfect timing this was exactly the kind of film people needed. An easy to follow story of good and evil where heroes are heroes, villains are made from pure evil, and friendships are genuine. But of course there’s far more to LOTR than this.

It was written in a more simple time that reflects in Tolkien’s idea of middle earth with peace and green hills and valleys of the shire. Once it gets going into its spectacle, it’s as impressive as any film ever made, the combination of practical and technical effects is awe inspiring. The size and scope of it all is reminiscent of the great epics of the past but is reinvigorated with a new sense of fantasy and adventure.

Of course thematically speaking, LOTR are nothing to pass over, indicative of WWII and human history. Tolkien himself was a WWI veteran and a professor, so with a vast knowledge of literature, Catholicism, and philosophy he crafted epic fantasy stories that reflected human nature through the centuries.

As films by the vision of Peter Jackson, they represented something else in the film industry, that genre films were now going to become something far greater than what they had been before. LOTR not only elevated the craft and art of these films, but finally broke through the barrier that fantasy films were trapped in and turned it into a universally beloved, award winning, household name alongside the likes of “Star Wars” that came before it. The way epics are made, the business strategy in which we produce films, and the aesthetic of cinema itself has been altered by these larger than life works.

We like to think we’re all living in our own comfortable lives, we go through our routines unbothered and everything is going according to plan. But Michael Hanake’s “Caché” shows us how fragile that idea is, how easy it is to disrupt our lives once we feel even the slightest hint of danger.

In here a couple is terrorized when someone sends them videos taken of their house and their daily lives. They don’t know who sent them or why but it’s quickly escalating. More videos keep getting sent, there’s one of Georges family farm where he grew up as a child. Every video has the same style to it, filmed from far away with no commentary or talking anywhere.

Whatever the message this person is sending them isn’t clear, but what is clear is that they’re showing how someone is watching them. As discoveries are made secrets are still being kept, causing a rift between Geroges and his wife Anne. She needs to know what’s happening, he won’t tell her, and now trust is lost.

What’s staggering about this film is how conflict happens and yet no resolutions are made. The mystery of these videos is never solved because that’s not what the film is about. It’s about the paranoia such an event can create inside us and the impact it makes with our lives and loved ones.

There’s no escape as we’re left with an enigma to ponder over for the rest of our lives. In the years since its release there’s been many question surrounding surveillance and privacy in societal regions, this in many ways is the beginning piece to that puzzle for us to take with us and hold on to as a reminder.

Alfonso Cuarón was one of many Spanish directors who started breaking through to the higher planes, and his masterpiece came in the form of “Children of Men”. Science Fiction has gone through a lot of variations throughout the years but Cuarón brings it back to what it was originally meant for, a view into the future to warn us of where we could ultimately be heading.

In “Children of Men”, we see a not too distant future in which women have become infertile, a former activist agrees to help transport a miraculously pregnant woman to a sanctuary at sea. Like many great sci-fi stories, “Children of Men” isn’t so much about its story, but about the visionary world it takes place in, this is a world where guerrilla fighters stay in abandoned warehouses, the homeless live in hovels, immigrants are rounded up and put into cages, and worst of all children are no more.

In the beginning of the film, our main hero Theo is in a cafe, he watches the news and sees that the youngest person in the world has been stabbed to death. He leaves the cafe and only moments later a bomb goes off.

Theo freezes up and trembles his way to safety, this demonstrates that our hero is not impervious to fear like so many action heroes are. He’s afraid at almost every turn throughout this story but perseveres through it all anyway simply because it’s what needs to be done.

Another aspect Cuarón accomplishes is the blood that goes into action. Shot in handheld camera, we’re placed directly into the warzone and the constant fight to keep humanity alive. The desperation of these sequences is what shines through the most, never succumbing to the slick overstylized look and feel so many films adhere to.

This makes a timeless story, much in the same vein as the George Orwell stories of the past, we are given a glimpse of hope to restore ourselves with. But the real ingenuity comes more from how we got to the point of desperation in the first place, ourselves. 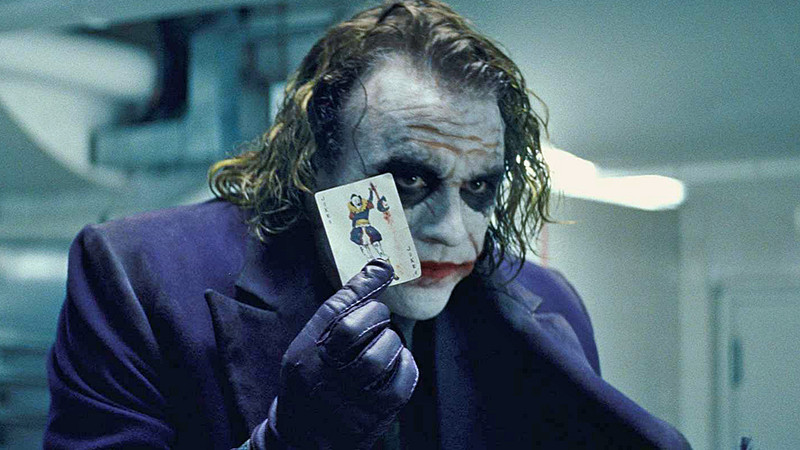 What can be said about, arguably, the most defining film of the modern generation? Is there anything that hasn’t been said already? Not to say that this is the most perfect film but in terms of both quality and popularity, “The Dark Knight” broke new ground and ushered in a whole new era. We live in a world where technically speaking we can do anything in films, we can make any vision into reality.

But in fact there’s very little truth to be found anymore, but Christopher Nolan didn’t set out to make an entertaining action movie, he made something that’s intellectually stimulating and provocative. The transcendent appeal of the Batman character is the primal nature he encompasses, he’s much more than just a badass in a cool suit, he’s the vigilante hero that people don’t realize they need.

In many ways, he’s his own worst enemy, he may be the one stopping crime but he’s also the engine fueling it. This is the duality of the Batman mythos best defined by his greatest failure, Harvey Dent, and the constant struggle for ethics, choice, crime, and modern politics are being put to the test by his greatest adversary, The Joker. Joker is an anarchist, plain and simple, this is a reinvention of his character that’s never been as honest, he commits crime but his actions are not his defining trademark.

The method behind his madness is what makes him, what he does is insane but is also true. Why, because it’s all part of the plan. There’s no need for me to go on about the film, but yes, all of which are great except for that silly voice by Christian Bale. This film broke so many rules and conventions and all the while made a pretty kick ass movie on top of that.