In my last list I looked at the films which exist entirely on shock value with no real worth beyond that shock value. This time however I will be looking at the kind of films that convey complex themes and are beautiful despite the shocking imagery. I was originally going to talk about Saló in this list however after criticisms of the film being overly talked about, I have decided against it.

Although not as controversial as some of the films on this list, Oldboy does feature its fair share of messed up scenes. The film contains scenes of a man cutting his tongue out with some scissors and also features an incestuous sex scene.

Beyond that, however, Oldboy acts as a modern day allegory of the Ancient Greek tragedy Oedipus. Which follows the tale of a man who ends up sleeping with his own mother by accident and when he finds out, stabbing his own eyes out. Parallels can be drawn between the two stories with the character of Dae- Su being tricked into sleeping with his daughter and the symbolism of him cutting his tongue out.

Oldboy goes beyond this however being part of the director Park Chan-Wook’s vengeance trilogy. The vengeance trilogy thematically almost act as cautionary tales against revenge, showing how it leads to nothing but hatred and suffering.

Among the trilogy however most critics and the general audience agree that Oldboy is the best film of the trilogy at getting these themes across with it having an average rating on IMDb of 8.4 which is the highest of the trilogy. The film also comments on this idea of small actions having big consequences.

The whole revenge plot present in the film only exists through the fact that Dae-Su spread some childish rumours when he was a teenager which eventually led to Woo-jin’s sister’s suicide. This makes a very poignant point on how we should think more on our actions and how something that seems insignificant to us may impact someone else tremendously. Oldboy is a poetic masterpiece that is thematically impressive despite how shocking some of it is. 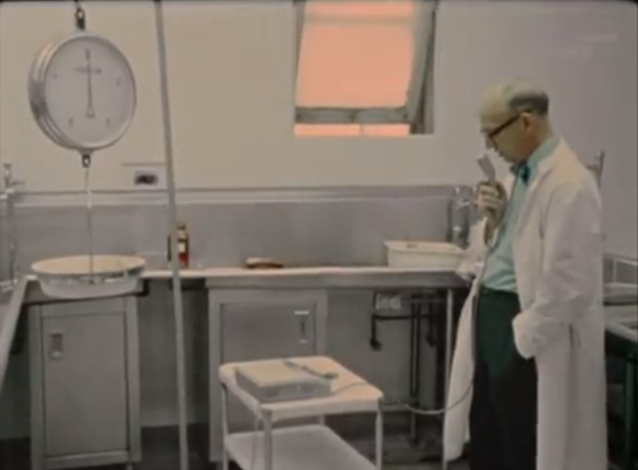 The Act of Seeing with One’s Own Eyes feels more like some spiritual journey of our own mortality than just a film observing autopsy footage. The film resolves around Stan Brakhage filming autopsy’s of dead bodies with no music or any dialogue of any kind the film is purely observational. However, despite this many people have found the film to be quite a transcendental experience.

It is a film that is perhaps one of the most shocking and sickening by context alone, showing around fifty minutes of footage of dead bodies. Strangely it doesn’t come across as a sickening film. This is because the film affirms our own mortality. As humans we like to think of ourselves as something more than animals, however this film through observation alone conveys the fact that when we die we are made of bones and organs the same as all the other mammals. Because the film is purely observational, different people will get something different out of this film.

For instance if a religious person watched it they may see it as almost a religious experience, this is the beauty of Brakhage’s work in all its avant-garde beauty, like a painting it can mean so many different things to so many different people. It is a film that may be hard to watch or sickening for some but to others it is a beautiful reaffirmation of our humanity.

Many people might think that Man Bites Dog would be more at home in the “10 Controversial Movies That Exist On Their Shock Value Alone” list due to its shocking and often absurd nature. However it is a film that is both interesting thematically and an impressive achievement. The film was made on an extremely low budget of $33,000 and yet had a very creative and interesting premise which is very unique.

The film is made in a mockumentary style, with a camera crew following around a serial killer as he goes about his remorseless killings. The Serial killer character is one of those well-developed villains who is made interesting due to how charming he is. He spends the film indulging in killings, causing an old lady to die from a heart attack by shouting at her to save a bullet or smothering a child to death.

Despite the horrendous actions, the killer is still somewhat of a likeable character, he’s funny and charming yet utterly lacking remorse during his killing sprees. What sets this film apart is how it blurs the lines between good and evil.

At the start of the film the camera crew are observers of this mad man’s antiques however very subtly as the film progresses the film crew themselves start indulging in all the gratuitous acts of violence the serial killer is. It is a film that revels in absurdity, but it feels like with its extremely dark humour it is making a commentary on violence in films and how we can watch the most horrendous actions take place on screen without being remotely shocked.

It feels very post-modern in nature with its mockumentary style combined with its utter absurdity. Man Bites Dog might not be everyone’s cup of tea but it is certainly a very interesting film well worth your time.

The Exorcist is a film that may seem cliché however it is an extremely necessary and important film for this list. During the 70s in the UK we saw a huge hostility to controversial films about religion. Much like Life of Brian which came out later in 1979 The Exorcist was banned in several counties around the UK due to its controversial nature towards religion.

The film comments on evil in the sense of it being more of a spiritual force than something that is chosen via free will. The fact that a young innocent girl is the one possessed by the demon is important as it is extremely contradictory as you wouldn’t imagine these two things would come together. Seeing evil as something unexplainable and uncontrollable is a big driving force towards the horror present within the film.

Another part of the film that is extremely interesting is how the exorcism of Regan runs parallel with Father Karras in a metaphysical kind of way. At the start of the film we see how he is crippled by feelings of guilt due to the fact he can’t look after his dying mother financially.

Throughout the film he talks about how he isn’t sure whether there is a god and how he’s losing faith. Arguably you could say that the film is just as much about Father Karras inner turmoil over his faith as it is about The Exorcism itself. The climax of the film further solidifies this idea of Father Karras exorcising himself of his guilt and restoring his fractured faith. The film is undoubtedly a classic and one that any horror fan should make their next watch.

Titicut Follies is a film by the incredibly underappreciated independent documentarian Fredrick Wiseman. Any number of his films could have worked in the context of this list however Titicut Follies is definitely one of Wiseman’s most shocking and though provoking films.

Wiseman has a very unique style when it comes to documentaries, his approach is entirely observational, and we see no talking head interviews or any interviews of any kind for that matter and no commentary from the man himself. This style works to Wiseman’s favour as it combines perfectly with his intimate style of cinematography which involves lots of close-ups of subjects.

His films make you feel as if you are a spectator in the room watching everything unfold and lacks the cold disconnect most documentary films have with their over reliance on talking head interviews and voice overs. The film itself revolves around Wiseman filming what takes place at Bridgewater State Hospital for the criminally insane during the 1960s. There is so much upsetting and hard to watch imagery such as a man being force fed through a tube and guards winding up a poor patient for their own amusement.

The film ,although upsetting, conveys how awful mentally ill people were treated during this time period arguably better than the likes of One Flew over the Cuckoo’s Nest (1975). The film created controversy upon its release leading to Wiseman having to fight a court battle with Massachusetts Supreme Judicial Court which wanted the film to be destroyed, however Wiseman fought back but unfortunately it was ruled that the film could only be shown to Doctors and other medical professionals on the grounds that they felt it violated the patients privacy.

Fortunately the film was ruled as being allowed to be viewed by the general public in 1991. Wiseman stated that he felt the state tried to censor his film because it painted a state institution in a bad light. Luckily the film went on to be hugely inspirational leading to several unethical institutes to be closed down, it is truly one of the most eye opening documentaries ever made.