Don’t you hate it when you’re watching a movie and you’re really enjoying it, you might even consider it to be great or even possibly a masterpiece, but then the ending happens and it sucks.

The ending is the most important part of a film, get it right and you might turn an otherwise pretty underwhelming film into a potential cult classic (Krampus (2015)), get it wrong and you will end up with many highly disappointed audience members, and those are precisely the films we will be focusing on in this list.

Warning: There will be SPOILERS.

The Amityville Horror is a supernatural horror film supposedly based on true events (which basically means that maybe 15-to-20% of what happens actually happened in real life), it tells the story of the Lutz family as they move into a house that may or may not be haunted after the previous owners were murdered in their sleep with a shotgun (why none of them woke up after the first shotgun blast still being the case’s biggest mystery).

The film is actually pretty decent, it has two pretty great performances from James Brolin (Father of Thanos) and Margot Kidder (who will appear again later on this list), it’s well shot, the story is pretty interesting and there are three or four scenes that come close to actually being kind of creepy.

But the film also has its share of flaws, the story is poorly paced, the rest of the actors are pretty shit, that Priest sub-plot added absolutely nothing but unintentional comedy, most of the supposedly scary scenes are unbelievably silly and some of them are easily explainable with simple logic, and the ending is so underwhelming that it undermines the entire experience and makes the film feel more or less like a waste of time.

The Amityville Horror is the type of film that is always promising that something creepy is going to happen, but when it comes time to actually do something it’s so rushed, lifeless and abrupt that the only possible response is: really, that’s it, that’s what you’ve been teasing this whole time???

After about 100 minutes of constant build up the climax is literally just them leaving the house because the father had a mild mental breakdown and some mud came flowing through the walls, then after they’ve left the house the father goes back inside to get the dog he falls through some old crappy stairs and takes a short unexpected mud bath, and then they just leave and the film ends.

If the film had focused more on being a subtle character study about a family suffering from mental illness do too stress then this ending might have worked, as it would have asked the audience to decide for itself if they were just crazy all along or if something was actually going on in that house.

But as it stands, the film wants to split it 50/50 (insert the usual having and eating cake metaphor), it wants to have all the subtle character study and slow-burn pacing while also having terribly over-the-top scenes that pretty much confirm that there really are ghosts, which might have worked with a better screenplay but those two half’s only end up undermining each other, especially when it comes to the climax.

Men in Black is a pretty decent but kind of overrated action-comedy, it’s held up as this hilarious and highly original classic and it just isn’t. It’s a pretty decent and entertaining comedy that undeniably has a pretty original central idea (what if FBI but for aliens?) but tackles it in the most formulaic way possible.

Will Smith and Tommy Lee Jones are fun together but are stuck in a film that is rarely funny, for a comedy it’s weirdly low on jokes and as an action film it fails pretty hard because the action scenes are the weakest parts of the film, which is too bad because the ending is pretty much a five-minute action scene.

But even though the film itself may not be that great, the ending still feels really disappointing, the fight with the bug is just such a lifeless and underwhelming sequence that it makes the film as a whole feel really unsatisfying. 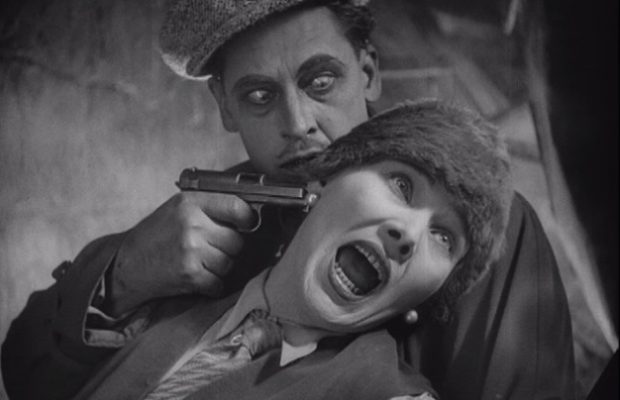 Spione is a spy thriller by the legendary Fritz Lang, the film is amongst his more underrated works but watching it proves just how influential it has become, as the story and themes have been repeated so many times since that it’s impossible not to think of multiple different movies every other scene.

The film isn’t just one of those old silent movies that’s a must-see only because of how influential and important it was in shaping the course of film history, because it’s also a highly entertaining thriller that everyone should be able to enjoy. It may not quite rival some of Fritz Lang’s masterpieces, like Dr. Mabuse, Der Spieler or M, but it’s still an absolute masterwork.

Basically, the only part of this film that doesn’t really work is the ending, and that’s not because it’s a terrible ending, on paper this is the perfect ending for this film, but it’s executed in such an abrupt way that it robs the ending of all the impact that it could have had.

It’s easy to understand what Lang was going for by tackling the ending in this way but it’s one of the few directorial miscalculations of his career and it’s really disappointing because this easily could have been a great ending had he handled it differently.

Suspiria is a Giallo supernatural horror film from the legendary Dario Argento and it has pretty much become a classic horror film, and it’s easy to see why, the film is visually stunning with great set design and an amazing score by the rock band Goblin.

The story is also pretty engaging and the atmosphere is so strong that it’s easy to get completely lost in it and forgive some of the film’s bigger flaws, those being the awful acting and horrendous ADR, that completely destroy every single dialogue scene.

Another big flaw is the last act and how poorly it fits together with the rest of the film, the structure up to this point in the story has been kind of episodic and feels dictated more by what Argento wanted to film rather than to tell a compelling story, but it more or less holds together in a somewhat cohesive way. But then when the last act comes around the films literally stops the narrative for about five minutes so that Udo Kier can explain the films backstory and mythos to our main character Suzy so that the last act will hopefully make some sense.

It almost feels like Argento finished filming and then realized that he forgot to properly set-up the events of the last act and instead of adding in a few scenes here and there throughout the narrative, he instead decided to film a single massive exposition dump and throw it in right before the climax in a desperate plea to make it make sense, but it’s just so lazy and out of nowhere that it doesn’t work.

Then Argento goes into a climax that’s visually awesome and for a moment looks like it’s going in a direction that would force you to forgive that Udo Kier exposition dump, but instead it cop’s out with a really stupid and non-sensical resolution before ending in a really abrupt way that lacks all of the great atmosphere and visual splendour the rest of the film had.

The Killing of a Sacred Deer is an interesting film, it’s got a really stunning yet cold and alienating visual style that obviously took a lot of inspiration from The Shining, the story is interesting and it explores some rather interesting themes, the characters are memorable and the film moves along at a nice pace, that is until the last act.

All of the positive thing that were listed above are also some of the film’s biggest flaws and the main reason that the film loses all steam in the third act. The style is stunning but it’s just so cold that it never lets you form any emotional connection to what is happening on screen, the story is interesting but never really engaging, the themes are interesting but are so scattershot and not explored enough to give the film enough dept to make up for Its other short comings, the characters are interesting, but not because they’re well written or because you like or empathize with them, but because they’re so cold yet act in such an absurd way that it’s hard not to remember how odd they were, but you never really feel connected to any of them.

Which is precisely why the last act failed, because in the last act the pacing goes from a steady pace to crawling slowly across the finish line, which kills the momentum that had been built up to this point, and the climax that follows only really works if you care for the characters, and as the characters are so cold that it’s really hard to care about anything that’s happening to them, and when the inevitable ending finally comes, it’s nothing more than a whimper that should have been a gut-punch.