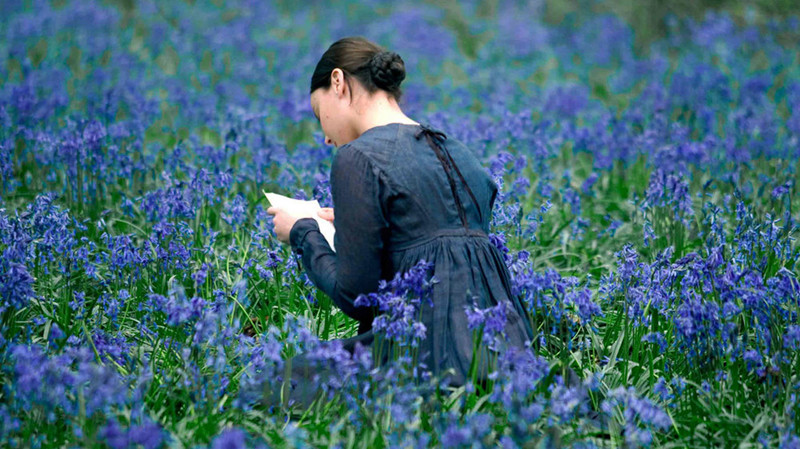 Melancholy is a strange thing. In the medieval times, it was treated as a dangerous disease, but with time we have learned to accept the moments of gloominess with open eyes. Blending in is still very difficult for the rare eccentric odd bunches who don’t want to mix in the ever-nagging societal conventions. Melancholy as an emotion is still difficult to define, just like the character of the people who embrace it.

But everyone knows about melancholy, right? The bittersweet feeling after a heartbreaking yet necessary breakup, the smell of the soil after the first rain of the season, the indescribable mood swing in the midst of the daily humdrum.

“Fallen Angels” starts with a voiceover that narrates the context of the melancholy that the lead character faces in the film. He is a contract killer and in love with his female partner who works for him as an informer. Their love can never be requited for the same reason, because a professional relationship should always be separate from matters of the heart.

They almost never meet even for work and fax the blueprints of the work with close guidance. But the woman has access to her partner’s home to clean up the evidence when he’s not there. She mourns over the distance between them and masturbates on his bed in the hope of touching her love.

There is another eccentric couple in the story: Ho Chi-mo as a weird mute loner who has escaped from prison and makes money by illegally selling items from the closed shops in the late hours, and a lady named Charlie who he met at a restaurant. She is looking for “Blonde,” who has trapped her ex-lover, to take revenge. Ho Chi-mo falls in love and tries his best to impress the lady, but one day she suddenly vanishes. His other job is to record videos of his father on a Handycam, who soon dies, leaving him alone in the world.

They are not the run-of-the-mill people you see every day on the road. But again, they are a part of this imperfect world in which we live; they are the fallen angels. Their lives are intertwined with each other, something they don’t know. In the end, the sad souls meet with each other for a temporal unison where Christopher Doyle’s frame makes us melt in melancholy.

2. The Double Life of Veronique 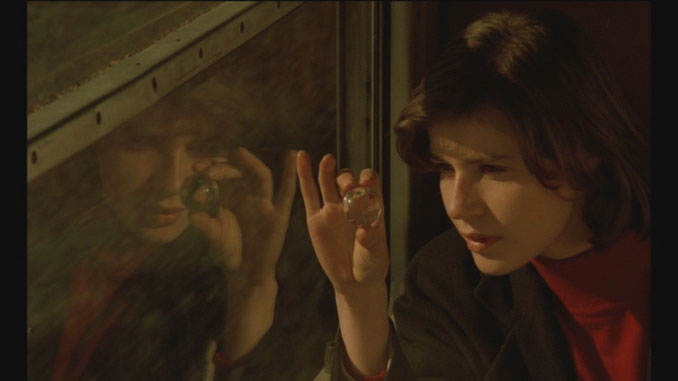 Krzysztof Kieślowski had made many profound and ethereal films in his career and “The Double Life of Veronique” is one of the best of them. In our lives, we are often guided by some mysterious intuition that is beyond logic and reasoning in its own definition, and Kieślowski’s plot here revolves around this theme. Irene Jacob, a 24-year-old woman at the time, had starred as both Weronika and Veronique in this film.

Weronika is a Polish choir soprano and Veronique is a music teacher in France. They are identical not only in their looks but also in nature; their lives are interconnected in a mysterious way, which one can only feel but can’t explain.

At the beginning of the film, Weronika is introduced to us when she is watching a star, and Veronica touches a leaf in her introduction. They are both calm, spiritual, and share the same musical tastes. One day Weronika suddenly witnesses her doppelganger Veronica on a bus in the streets of Poland, who came here as a tourist. Weronika dies in the midst of music performance, and Veronica suddenly feels an inexplicable loneliness in her life. She even tells her partner, “All my life I’ve felt like I was here and somewhere else at the same time.”

This poetic quality of the film had never been made possible without the great natural lensing and framing by ace cinematographer Zbigniew Preisner. The plot is fantastical and thin, but Kieślowski makes us feel the otherworldliness in this chaotic and mysterious world.

There is nothing more melancholy than an unrequited love, more so if the reason for the tragic conclusion is hidden in the stars. Wiktor and Zula were star-crossed lovers from the beginning of their relationship.

The film is set during the Cold War, and they meet in a folk music ensemble where Wiktor auditioned several girls for a nationalist troupe dictated by none other than Stalin himself. Their free spirits didn’t want to compromise for the national sentiment at the time, and they plan an escape to Europe to begin their married life there. Zula grew unsure about the plan at the last minute and chose to not join Wiktor in crossing the border.

Years later while on a tour, Zula met Wiktor in Paris where Wiktor lives as a composer. Sparks bloom again and they plan to start their life together from scratch, but jealousy forces Zula to leave Wiktor again while Wiktor follows her to Poland. Wiktor is sent to jail for illegally crossing the border, and Zula marries an officer to free Wiktor from jail.

Inspired by his parent’s own story, Paweł Pawlikowski shot the film with the same aspect ratio of his previous “Ida.” The frames are a delight to see, the compositions are melodious, and the screenplay is crisp. Melancholy follows Zula and Wiktor to the end of their days when they are forced to select a tragic fate. 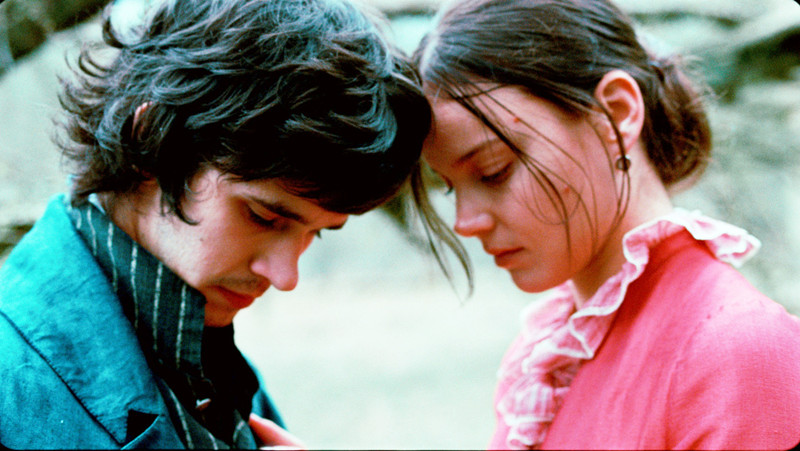 A large number of poets are generally melancholic in nature. It can even be labeled as a necessary trait that helps them feel more intensely about the nature of the human condition than the average populace. John Keats is one of the best-known poets of the romantic period and the literary movements of the time, and “Bright Star” is a fragmented biography of his life directed by Jane Campion. Here the focus is on his early life and a romantic fling with Fanny Brawne.

Like the best of poets, Keats was also an introvert by nature. He was introduced to Fanny through his co-writer Charles Brown, who shared his home with the Dilke household. The initial interest was from Fanny and Keats ignored her suggestions, but slowly they started to share a mutual affection toward each other.

At that time, Keats didn’t enjoy wealth, so the pressure was from the Brawne family to pursue a more profitable profession instead. In search of wealth, he left his home with friends and became seriously ill.

The young Fanny started to read Keats’ work and her nature changed from a tomboy to a more tender feminine person. They stayed in contact through letters, but Keats died in a foreign land. Fanny discovers the true nature of Keats by visiting his frequented spaces and becomes closer to Keats than ever before.

Throughout the film, the tone is melancholy and somber because of Keats’ nature and his relationship with Fanny, which developed toward a tragic end. The finale is beautiful and melancholy, much like the works of the romantic period.

Everything is good when you are young. No, really, you have a whole lot of time ahead, even if the preceding memory was a mess; you can use that time to your advantage and affirm life. Age fades the glory of everything. As the past grows continuously blurry, the motivation to live in the future becomes more meager.

That is the case of our two septuagenarian protagonists Fred and Mick, two very successful people in their prime who impossibly try to relive their golden years. One is a successful music composer, another a revered film director, and they had been friends throughout the decades. Their friendship is even extended to the families of the two men, as Fred’s daughter Lena is married to Mike’s son. Unfortunately, Mike’s son dumps Lena for a younger pop star, and the remaining family takes a vacation in the Swiss Alps at a luxurious resort to conform to life.

The film is ripe with melancholy for the lost times, the emotion that the younger days can never be matched to the old age boldly proclaimed in the form of various allegories. Mike wants to make a film for closure, an epitaph and swan song. But he has lost the touch of time: an actress in 11 of his films refuses his offer in lieu of a television role, as television is much younger and more prominent these days

. It is not the only event that breaks their heart; rather, it has been built slowly over time. The hotel where they have checked in is also hosting a Miss Universe, with a perfect body and an overweight Diego Maradona played by himself in the film. This are the expansion on the film’s theme, roughly presented to us as a comparison of the lost time with the present one. Maradona has lost his touch; he struggles with the ball even in casual practice, and the Miss Universe swims in the pool completely naked, ignoring the presence of the two older men such is the flame of the youth’s passion.

Sometimes you have to accept your fate with the biggest closure that there will be no closure anymore. Michael Caine and Harvey Keitel shine in their respective portrayals of Fred and Mick with all their experience, and “Youth” becomes a perfect melancholy love song for the lost times.