Sometimes we like it, sometimes we don’t. Anyhow, we can’t avoid it: another circle has closed. Whether or not 2018 was a great temporal box for you, in its transient object, it’s gone forever. But the lights and shadows of this recently numbed sequence of seasons have been captured in the life-giving lenses of cinema, translated into unfading shapes, colors, ideas, and emotions.

2018 was a magnificent and prolific cinematic year. From the glorious names of Hollywood to uncompromising indie auteurs, and from Latin America to Europe, this year offered us various unforgettable pieces of the seventh art. Before we close this box of time and let it lie under the dust of eternity, let’s make an overview of its best films around the globe.

They all are dancers, comprising a human mosaic of almost every nationality, sexual identity and obsessive trait. After a wearing three-day rehearsal in an abandoned school, they have a seemingly endless, lush party. A huge bowl of dark red sangria is placed in the middle of the party room.

As if being a simultaneously vital and poisonous blood of life, around this fluid core grows a crude tapestry of inherent energy, repressed emotions and eroded humane necessities. Our unhesitating, grotesque and juvenile vampires greedily suck this nectar of gods and demons, heading toward a spinning purgatory, or toward an inner place of blinding catharsis.

Always landed on the very same planet of ethical ambiguity and existential pain, Noé’s “Climax” is actually the first of his films that caresses the commonly projected psychic fabrics of his artwork, without irritating and unraveling their most tender textures. This is a matured, evolved Noé who gloriously remains faithful to his ideas and artistic purposes. On a stable and secure pallet of vivid colors and on a rotating landscape of inexhaustible sentimentalism, the film’s dazed universe balances between its creator’s terrors and this world’s void traps. 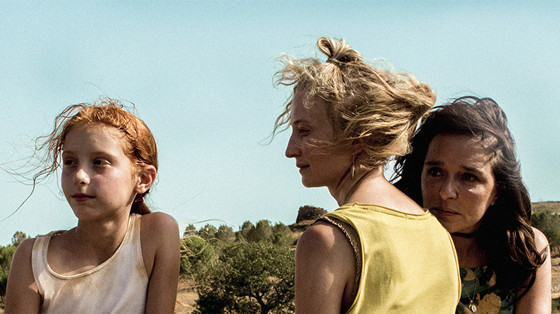 The recent Italian film “Daughter of Mine” has been created by a female artist, and indeed, only a woman’s mind and soul could ever dwell upon such a purely and deeply female subject, as the one that is found in the hard core of this work. In her second feature film, Laura Bispuri focuses on the delicate topic of motherhood, using two different and always agonizing lenses.

Sardinia: a land disconnected, firm, and foundering. Tina survives on this land, meant to continue its generation and born to be a mother. But her body couldn’t obey its strict nature, whereas her soul sought a child of her own. Vittoria doesn’t look like her: neither physically nor mentally, despite Tina’s efforts to raise the young girl as a small part of herself and keep her safe and still as her next step on that hostile island. How could she ever hide her from the constant eye of the weak yet persistent organic mind that offered Vittoria flesh, bones, and nerves?

Bispuri’s maternal scream of a both egocentric and altruistic inherent force echoes toward two contrary directions: the one follows the steps of a nature that generously and ecstatically flows from us, while the other follows the footprints of a nature that returns into us, adamantly rooting in every grain of our perishable body. Captured in very well-crafted frames and glaring on the stunning yet pragmatic performances of the main characters, this is one of the best European films of 2018. 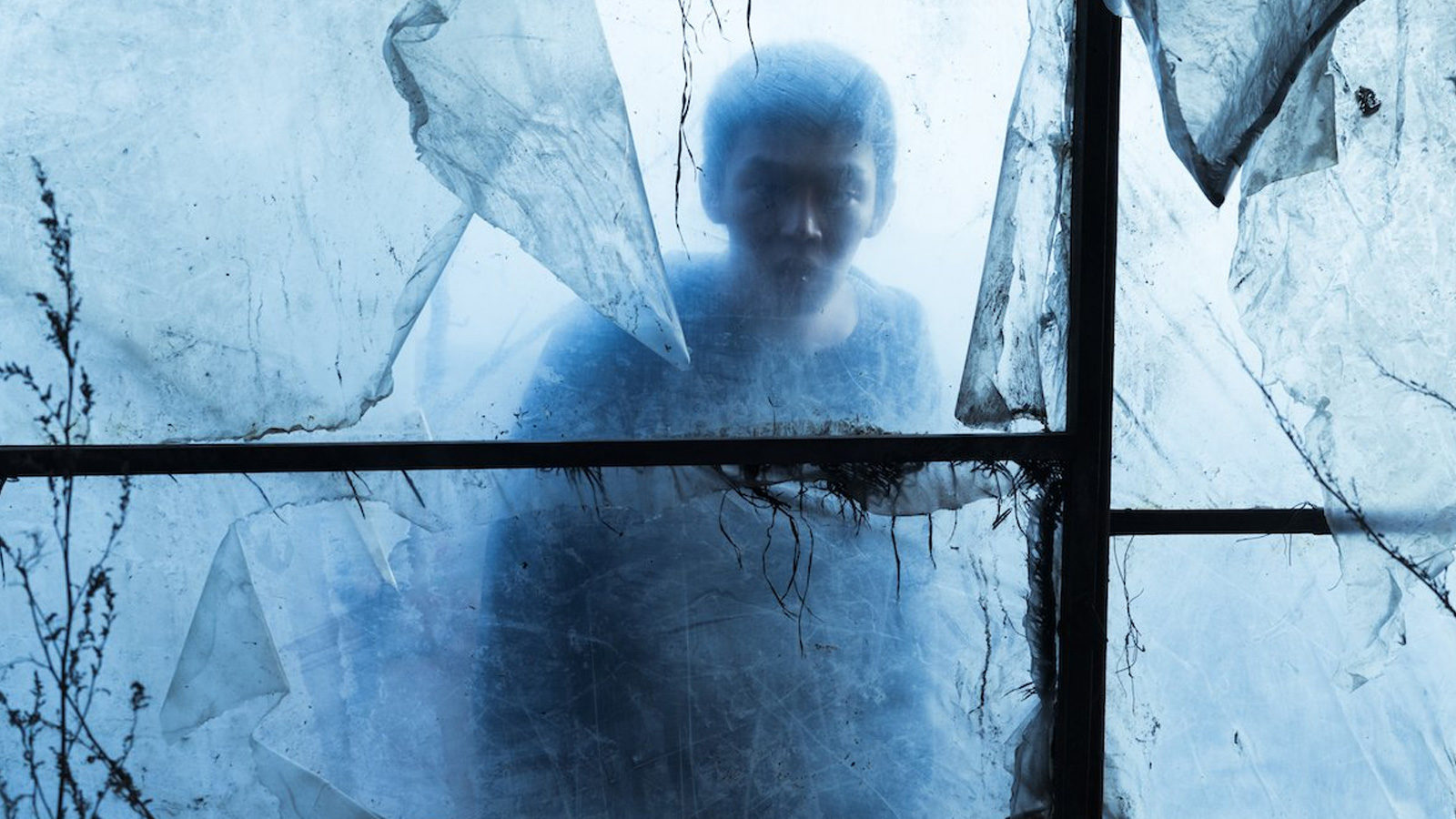 “Burning” is Chang-dong Lee’s return in theaters after his much-acclaimed and awarded 2010 drama “Poetry.” Eight years later, the South Korean filmmaker seems to sail in a different, more obscure and deeper sea of filmic symbols, synthesizing a new perplexed language of his own. Being a mystery for the eyes and an enigma for the mind, this film is another intensive study of the human conscious and subconscious, which proudly bears Lee’s signature.

The story’s ostensibly mystified plot moves along the fractional topography of a triangle of two significative characters and the vital mirror that lies between them. Jongsu is an introverted delivery boy that, after falling for a hard-to-explicate idea of a woman, takes on a handsome and wealthy competitor in love, who effortlessly scratches a well-hidden wound in Jongsu’s soul.

Although the gravity center of the film’s narrative construction seems to be rendered around the bizarre and effective presence of the female’s puzzle, the story’s dispersed yet compact substance is found in Jongsu’s reactions and adaptations, as well as in his reflections on his mythical enemy. In his unexplained riddles, as well as in his complex and all at once real and surreal heroes, Lee installs various purely mundane features.

Even the most indefinite and volatile materials that build the transparent spiritual castle of secrets that it is “Burning” describe nothing more than our fear to see, touch, and describe our idol in the eyes of a creature that inhabits our cerebral and carnal channels.

Life is the first abrupt and suspended state of mind and flesh for every creature ever faced this earth. Surrounded by the colorful silence of a sunset, enjoying the rich flavor of a hot meal, or losing your thoughts into the melodic labyrinths of music, you’re sure about this: life is beautiful. But life doesn’t find a start line at the same shiny and warm meadow of carnal existence for everyone. For some, life is an undesirable sensational gift; it’s just a chance in the chaotic and filthy streets of a tactile vision.

The ethically audacious cinematic endeavor by Lebanese actress and filmmaker Nadine Labaki makes an honest, bitter comment on the uncountable human lives that survive under commonly accepted yet criminal circumstances, deprived of almost every essential right and prospect. “Capharnaüm” is the story of Zain, a 12-year-old boy that bears the load of a life that is formed from endless moments of suffering.

Zain could be a common boy that you meet every day in the street. He is found in every city, even in Europe and America, dressed in rags and carrying his smutty little fortune during a vain periodic roaming. The difference maker in the case of this story, though, is that its underage unfortunate hero denies accepting his fruitless existence as a determinate and unvarying condition. He recognizes the injustice that his parents once created and still sustain. He may be another victim, but he claims justice.

In its both emotional and moral stiffness, “Capharnaüm” is a neorealist masterpiece that seems more than timely, lying somewhere beyond the limits of timelessness. 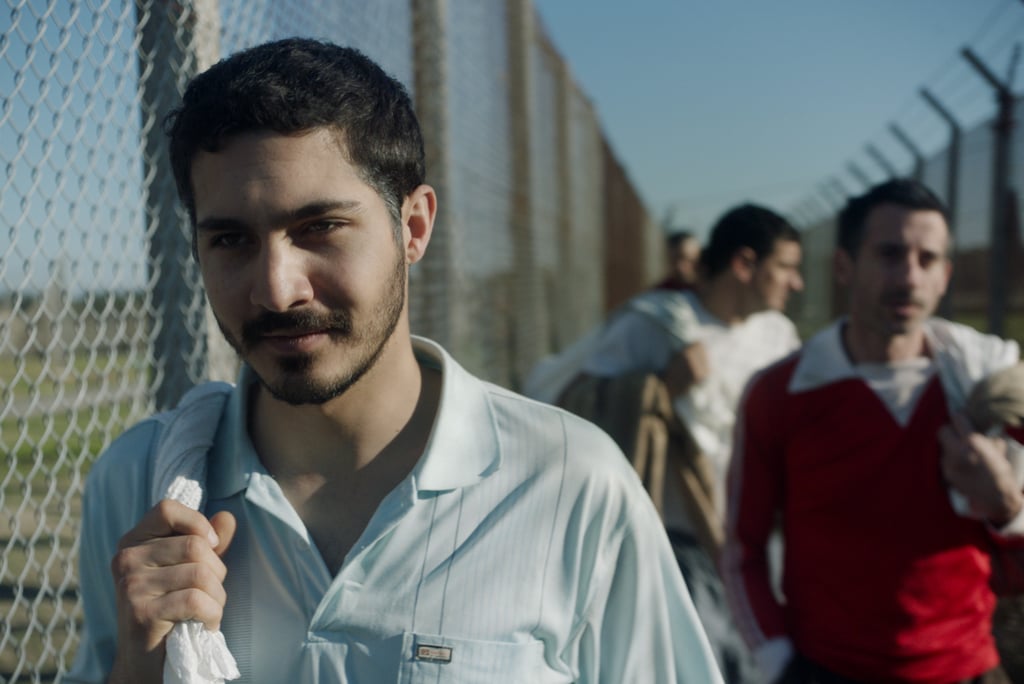 Dictatorial statuses have plagued the globe to an extent that most of us ignore. Standing for the grimmest chapters of our world’s endless diary, dictatorships have occurred —striking uncountable innocents— even in places you wouldn’t imagine. In the hard-to-experience real nightmare of his film “La noche de 12 años,” Uruguayan director Álvaro Brechner describes the military dictatorship of his territory during the 60s and 70s.

Based on real events, the story begins when three revolutionists who were members of the Tupamaros National Liberation Movement of Uruguay are transferred from the legal prisons to a secret accommodation of inhuman incarceration. That very night of their sudden relocation was meant to last for twelve years, a continual period that had in store nothing more than carnal and mental torments.

Fusing fictional scenes with footage material and trembling somewhere between a raw reality and a retrogressing fantasy, “La noche de 12 años” is an unfolding historic testimony of a pitch-black human condition that sternly touches the roughest aspects of a victimized, deeply and irreparably deprived conscience.