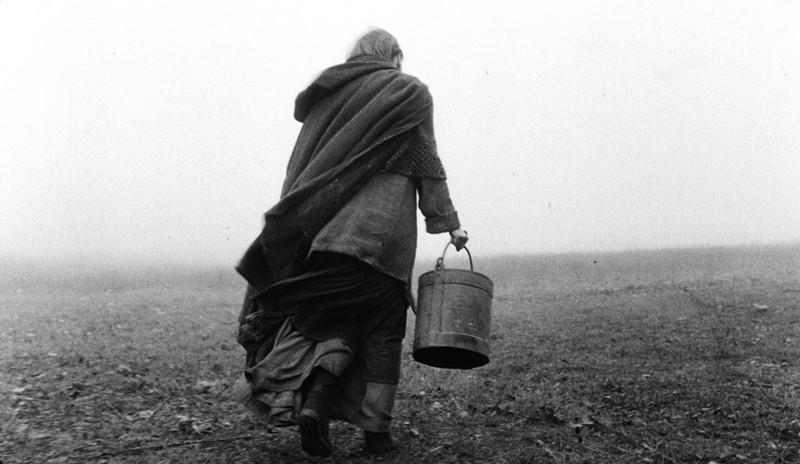 Sometimes you’re not looking for an easy movie; you don’t want the same old stories. You’re tired of the silly and frivolous films that come out all over the world every year. This is the list of the best 21st century art house movies, ranked in chronological order. It’ll give you a different perspective on cinema, and hopefully, it’ll make you ask for more.

The movie is set in Hong Kong in 1962. On the same day, Chow Mo-wan (Tony Leung) and Su Li-zhen (Maggie Cheung) rent two different apartments in the same building, becoming next-door neighbors. Both are married and their respective spouses are always traveling for work. Something unexpected happens that will change their lives completely.

The first thing that comes into your mind after watching “In the Mood for Love” is the impeccable cinematography; the movie is beautifully shot and lighted from the first frame to the last. The care and the gentle touch of the director Wong Kar-wai are perfectly matched with the ability of the DPs Christopher Doyle and Mark Lee Ping-bing in transposing the story on the screen.

The picture is an offbeat romance, much more complex than the stereotypical love story, as it involves an analysis on loneliness and pain. “In the Mood for Love” is refreshing and always great to watch; definitely one of the best movies of the 2000s. Looking back on many impressive scenes, we can’t forget to mention the poetry of the final scene in the ragged monastery. A masterpiece for your eyes, your mind, and your soul.

A heartfelt and bittersweet portrayal of a middle-class Taiwanese family, living in Taipei.

We experience the vicissitudes of Nj and Min-Min – husband and wife, respectively – and their sons Ting-Ting and Yang-Yang. During the wedding ceremony of Min-Min’s brother A-Di, Nj meets, after many years, his old flame Sherry; this event and the health problems of Min-Min’s mother will threaten the well being of the family.

What a great portrayal of human existence, full of gentleness and warmth. “Yi Yi” tells you the straightforward truth about life: it’s always a constant flow of joy and pain. Something bad can happen, but there’s always a time for change.

Technically speaking, the movie is flawless; the sweetness of the story and the characters is perfectly matched with composed and slow directing: the camera follows the characters without rushing in, the editing takes its time, and the picture flows steadily.

At the same time, we have to praise the way director Edward Yang depicts the urban environment of Taipei. Sometimes it feels like the city is another character in the story and not just the background for the movie.

If you’re looking for a poetic and touching depiction of the beautiful complexity of life, you should watch “Yi Yi” right away. Lastly, don’t get discouraged by the length of the movie – 173 minutes – because at the end, the movie is so great that it’ll feel like 10 minutes.

“Mulholland Drive” is an intersection of two main stories: Rita (Laura Harring) is a survivor of a car accident and she finds a safe place in the house of Aunt Ruth, where Ruth’s niece Betty (Naomi Watts) is staying while she is away for a job in Canada. Adam Kesher (Justin Theroux) is a famous director, who is in the process of casting an actress for the main role in one of his movies and he’s being pressured to choose a specific girl by mobsters.

It’s hard to explain a David Lynch screenplay. What it seems like a normal neo-noir can be totally changed and twisted by the surreal and mystic infusions of Lynch’s mind and creativity. The movie is dense, full of hidden details and mysterious sequences; just like with all of his films, Lynch utilizes surrealism and idiosyncrasy to confuse the audience and garble the plot.

The quality of the cinematography is beyond perfection. The way Lynch’s movies are shot and photographed is unique and specific: there’s always a foggy and ethereal tone – just like in a dream – and some kind of smoothness in the way the environment and the people are portrayed.

A special mention goes to the depiction of lights – especially the neon lights – and the brief presence of fire in the opening scene. They seem alive and breathing and not natural or artificial. Lynch is unique and this movie is the just further proof of his peculiar style; it may the best movie of the century, until now. David Lynch: hallowed be thy name.

A mesmerizing journey through Russian history, set in the empire style rooms of the Winter Palace of Saint Petersburg, once the residence palace of the tsars and then the most important museum in Russia, named Ermitage.

We follow the adventure from the point of view of a narrator – whose voice belongs to Alexander Sokurov, the director – and his traveling companion (Sergey Dreyden). As they wander through many rooms in the palace, they meet multiple historical characters and unknown people from different time periods: Peter the Great, Catherine the Great, Tsars Nicholas I and II, and many others.

The first thing to mention is the bold choice of the director: the movie is shot in a single sequence shot for 96 minutes, all in one take. Contrary to movies like “Birdman” (2014) – where multiple long takes were joined together digitally – “Russian Ark” was shot entirely in one take, with no digital editing, using a special Sony HDW-F900 camera, mounted on a steady-cam. The exclusive use of a steady-cam gave the film a dreamlike tone, with its wavy camera movement.

This movie is a landmark piece of art in the art house world and a masterpiece of modern cinema. Its originality – both in the screenplay and in the shooting techniques – is astonishing. The viewer is absorbed in history, wandering around with the two main characters.

The highlight of the movie is definitely the ending, in all its grandeur and epic sequence. Without giving anything away, it’s the perfect final sequence for a perfect movie. An eye-opening experience that proves how cinema is always evolving and never stopping; there’s always a possibility to take a step forward.

Daniel Plainview (Daniel Day-Lewis) is an oil businessman who owns a drilling company in California. After the death of one of his workers in an accident, he decides to adopt the orphan of the dead man, in order to be perceived as a family man by investors. However, he begins to care about the kid.

Years later, Plainview is approached by a young man named Paul Sunday (Paul Dano), revealing to him about an oil deposit under his parents’ house. Plainview tries to buy the property for the minimum price, but Paul’s twin brother Eli – who is also a pastor – demands $10,000 dollars for his church. At the same time, a man will come in the life of Plainview, claiming to be his half-brother.

Daniel Day-Lewis delivers one of the best performances of his impeccable career; being a method actor, he’s able to stay always in character even off the screen and uses his energy to completely focus on the psychological aspect of his role. We will truly miss you!

Director Paul Thomas Anderson is able to analyze and describe a complex story about an antisocial capitalist moved by greed and a thirst of power. The cinematography, the editing, and the soundtrack – composed by Radiohead guitarist Jonny Greenwood – are excellent and sophisticated. “There Will Be Blood” is one of the best American movies of this century and an highlight of Anderson’s wonderful filmography.