Who loves feeling sick to their stomach? Well, sadly we all tend to voluntarily aim to experience nausea on an often enough basis. We go on roller coasters. We watch intense sporting events that go down to the wire. We read a scary book. Then, there is cinema, where we actively enjoy watching films that turn our stomachs and create goosebumps.

Well, if anticipation and heart racing sequences are your thing, then you must like films that are entirely full of them. You are? Good. There are some films that are hell bent on making you feel your blood boil. These ten films use anxiety for a variety of different reasons. Whatever they utilize our sanity for, they are still ten master works that play you like a fiddle. Here are ten of the most nerve-racking movies ever.

The film plays like a jazz snare, as it is chaotic yet controlled. Possibly the best film Damien Chazelle has made thus far, Whiplash is a test of patience and resilience from the very first scene. Being a struggling musician is hard enough. To go to school to study it is another beast entirely, especially because you have to compete to stay in the most elite class.

Leading that class is a hot tempered instructor that will demoralize you as much as possible just to make you a better musician. That isn’t a likely tradeoff for many people, but for these students, music is all they want. They accept their fates, and we fear what each subsequent lesson is going to be like for them. 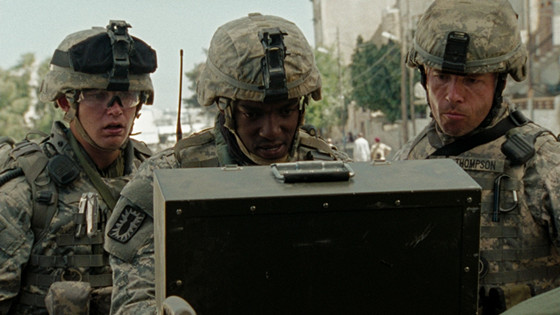 When the trailer for this Best Picture winning film first dropped, it looked like the entire story was given away. Great. A bomb technician pulls up ten bombs at once. We now know how it ends. Not so fast. When you finally watch Kathryn Bigelow’s opus, you see this moment happen around twenty minutes or so in. It only gets more intense. With each main event, we get closer to the last day of the rotation.

On that note, we also see lives being risked each time. When lives do start being claimed, you truly won’t know what will happen from there on. Each new assignment is a guessing game, and a test of patience. The Hurt Locker never fails to make you anxious, even if you know what will happen.

8. The Silence of the Lambs

As you are witnessing Clarice Starling take on her first major case as a rookie, you cannot guess how the mission will commence. She has to work through infamous serial killer (and cannibal) Hannibal, who loves to toy with his victims. The fact that she gets hit on by some superiors does not help either; how seriously is she being taken? By the nightmarish climax, we learn what hell on earth truly looks.

There is a reason why Jonathan Demme’s thriller The Silence of the Lambs continues to resonate as one of the most intense films to date. It’s because it knows how to play you, like Hannibal knows how to screw with his visitors.

7. The Night of the Hunter

Charles Laughton’s lone masterpiece truly was ahead of its time. Its unorthodoxy has turned into the kind of tension we expect from thrillers nowadays. The truth is, it is still hard to match The Night of the Hunter. Its use of focal points, shadows, and disturbing content (for its time, anyways) renders the film a key example of how an audience can be played.

A serial killer vanishes in the night like an apparition. Shadows creep along the walls like a German expressionist film. The sounds of the world surrounding these vulnerable kids only enhances their freight (rather than masks it). This film is just creepy from start to finish.

Darren Aronofsky sure has questionably better films, even ones that also dabble in shaking you to your core. However, it is hard to deny Requiem for a Dream when it comes to how sick it can truly make you. Even if you are not a fan of the film, examine the final act of the film. If you insist you weren’t at least partially set on edge, you might be lying. To see addicts lose everything they have is saddening.

When dealers experience their comeuppance, it can still be heavy to witness. When an elderly mother trying to lose weight succumbs to the depths of mental hell because of her unknown addiction, that’s when it truly gets depressing. Once all of the mains begin their personal downward spirals, you only patiently wait to hope it ends well. It doesn’t, for anyone.