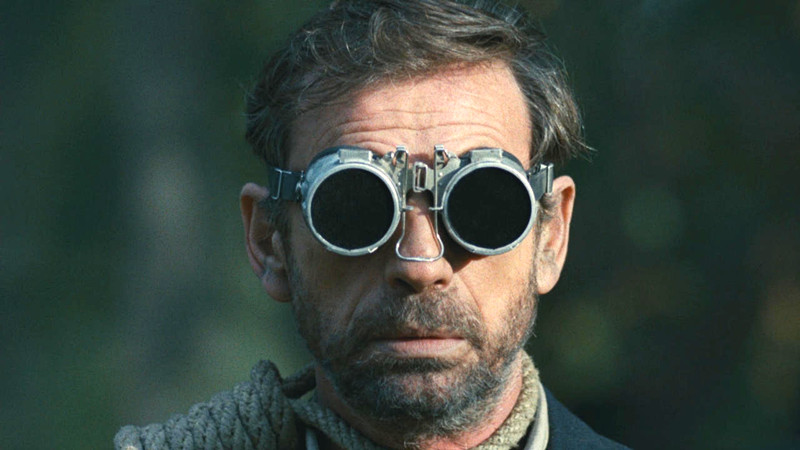 Directed by Joseph Losey, “Mr. Klein” is a Kafkaesque thriller about the misfortunate adventures of an art dealer. Alain Delon, the legendary French actor, stars as Mr. Klein, a successful businessman and antique dealer.

Set in Paris during the Nazi occupation of France, the film follows the story of Mr. Klein who is unaware that there is another person named Robert Klein who is a Jew and a member of the resistance. When Mr. Klein finds out the truth about his double, he has to prove his innocence because he is mistakenly wanted by the authorities. What follows is a dark, slow-paced thriller about existence and identity.

It goes without saying that this underrated masterpiece from Joseph Losey was overshadowed by his critically acclaimed film “The Servant.” Although it is an allegorical story of human existence and the inevitability of death, it is also a philosophical study of absurdity and determinism. Thus, the main character Mr. Klein is unable to avoid his tragic fate.

Moreover, Losey creates a nightmarish depiction of an existential crisis that shares common characteristics with Kafka’s “The Trial,” as there is no escape from this mad reality. In addition, Delon delivers a sensational performance as Mr. Klein, contributing to the macabre atmosphere.

Overall, “Mr. Klein” by Losey is one of the most underappreciated thrillers of European cinema. Not only is it a magnificent character study, but it’s also a unique cinematic experience. A pointless journey with exceptional direction, mesmerizing performances, and a twisted ending. 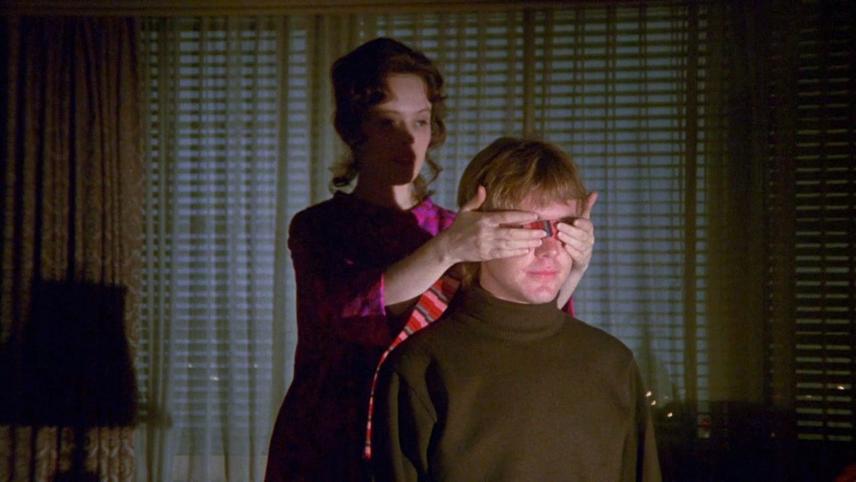 “That Cold Day in the Park” is probably one of the most underrated films from legendary American filmmaker Robert Altman. It is a neglected psycho-thriller about the unconventional and bizarre story of Frances Austen (Sandy Dennis), a rich but lonely woman who is trapped in a boring life. Although she seems to have many high-class friends, she is depressed by the loss of her mother.

One “cold” day she invites a handsome teenage boy (Michael Burns) from the park to her apartment. At first the young man pretends to be mute, but as soon as Frances acts weird, he starts to talk. Not only does she imprison the young boy in her house, but she also becomes sexually attracted to him. Their odd relationship builds to a macabre climax with a dark and twisted ending.

It is quite obvious that Dennis delivers a genuinely intense performance as a mentally unstable woman with dark desires. This is an astonishing performance, as well as one of the darkest characters that Altman has ever created.

However, “That Cold Day in the Park” is Altman’s early film about the consequences of dishonesty, lies and sexual repression that looks a lot like Polanski’s masterpiece “Repulsion.” It is undoubtedly a great psycho-thriller with violent scenes and a spellbinding performance.

Despite the fact that Altman has created numerous great thrillers such as “3 Women” or “Images,” “That Cold Day in the Park” stands out as an intense thriller that will definitely be a pleasant surprise for those who enjoy his filmography.

The film tells the story of Angela, a young crippled girl whose parents despise her because of her physical disability. Both of her parents, who are superficially polite to Angela, have secret sexual relationships with other people. Angela, who has grown as cruel as her parents, arranges an encounter between them and their lovers at the country house in order to get revenge on them. There, through a guessing game called Chinese Roulette, lies and secrets are revealed.

To be more specific, the game of Chinese Roulette is an exercise in cruelty as well as a bleak depiction of a living hell. Through a series of ruthless questions, hidden secrets and vicious lies are revealed. The game is named Chinese Roulette because it is as cruel as Chinese torture and as lethal as a Russian roulette game. Although the characters may not have guns, their words and questions are too brutal and cruel.

Moreover, the ensemble cast (with Anna Karina, Margit Carstensen, and Brigitte Mira), the visually stunning photography, and the exceptional direction by Fassbinder create an extremely tense atmosphere. Not only it is a sophisticated psychological game, but also a minimalist approach to infidelity.

All in all, Fassbinder, the pioneer of the German New Wave, has managed to create a powerful drama that will stay with you for a long time. 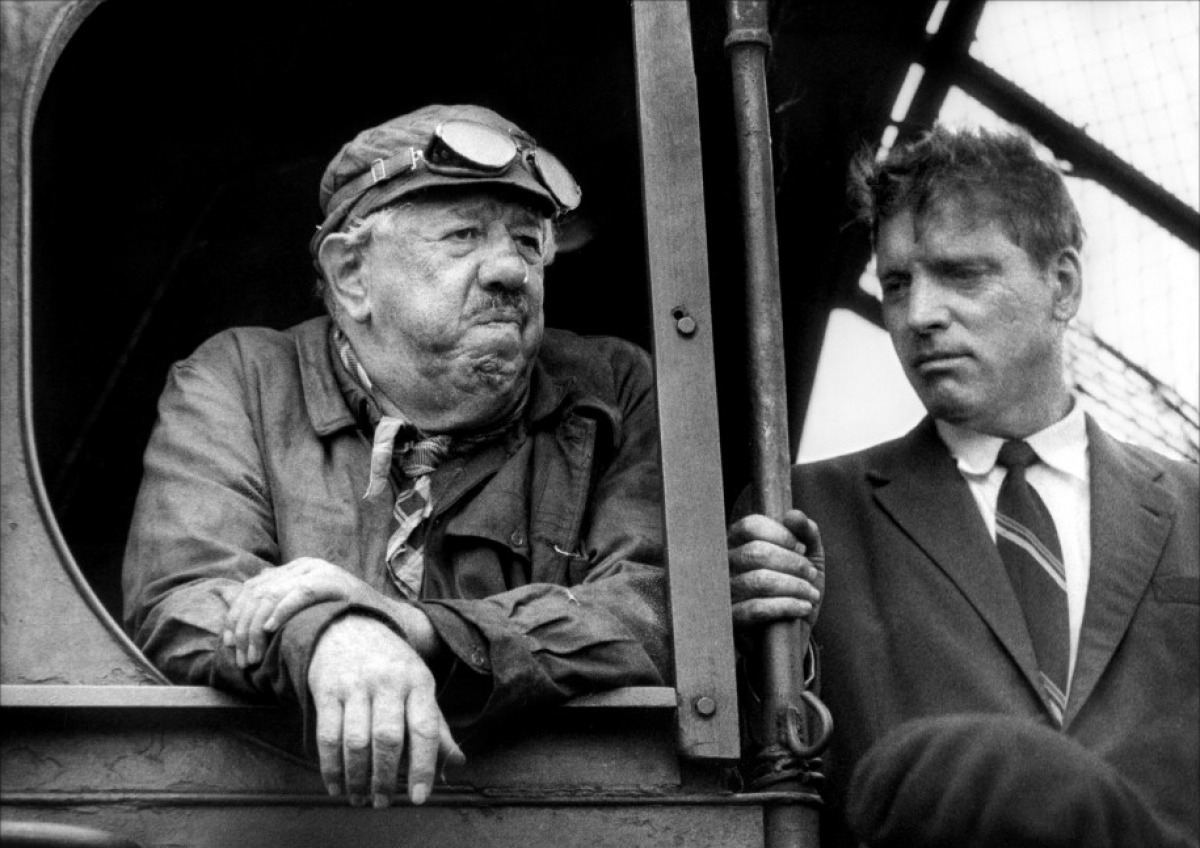 John Frankenheimer, one of the most prolific American directors of all time, created another suspenseful thriller about the tragic events of World War II. Set in France in 1944, German Colonel Franz Von Waldheim (Paul Scofield) decides to take France’s most valuable works of art to Germany via rail.

Burt Lancaster (“The Sweet Smell of Success,” “The Leopard,” “The Swimmer”) stars as Paul Labiche, a French railway official who has to stop the train that contains France’s greatest paintings.

Thus, he has to delay the departure of the train until the Allies arrive. Paul and the other train workers, who are unaware of the cultural importance of art, have to fight the Germans and overcome the threat of Colonel Waldheim with the help of a local hotel owner named Christine (Jeanne Moreau).

Shot in black and white, “The Train” is one of the best action films of all time that bears a strong resemblance with another intense road movie, “The Wages of Fear.” Both films have audacious crashes, powerful action scenes, and marvellous cinematography.

In addition, Lancaster is absolutely outstanding, delivering a genuinely intense performance as a man who is desperate to save the cultural heritage of humanity. Moreover, this powerful story, which nominated for the Academy Award for Best Screenplay, was written by Franklin Coen and Frank Davis.

Overshadowed by Frankenheimer’s other works such as “The Manchurian Candidate” and “Seconds,” it is nevertheless an exciting and unconventional war movie that deserves more attention.

“Miracle Mile” is a rare gem of cult cinema. Not only it is one of the most underrated post-apocalyptic thrillers of all time, but also a delightful and bizarre comedy.

Although the film begins as a love story, it soon turns into an offbeat thriller. Set in Los Angeles, the film follows the story of Harry Washello (Anthony Edwards), a trombone player, as he falls in love with Julie Peters (Mare Winningham), a girl working as a waitress in a roadside diner. They schedule a late-night date at the diner where Julie works, but Harry fails to arrive on time.

There, he accidentally answers a ringing pay phone and a man tells him that a nuclear war has just started, and that Los Angeles will be hit by missiles in two hours. Then a suspenseful race against the clock begins as Harry has to find an escape plan. Not only does he have to find his beloved Julie, but he also has to overcome unforeseen threats.

It is quite obvious that “Miracle Mile” is a breathtaking cult thriller with an unconventional story and unexpected plot twists. Although it is a B-rated movie with a low budget, it manages to create an intense atmosphere that pulls you out of your comfort zone. In addition, the retro costumes, the funny scenes, and the powerful music offer a hilarious ‘80s vibe.

To sum up, “Miracle Mile” isn’t just a hidden jewel of cult cinema, but also an exhilarating thriller that needs to be rediscovered.